The gameplay and systems panel is always very important to World of Warcraft. You found out long ago (well, a few hours ago) about the existence of World of Warcraft: Battle for Azeroth, and now you have to find out how long it is down that leveling road. And, for that matter, what will be along the way. Dungeons and quests, sure, but how many? What sort of mechanics will they include? How will classes play? Do Rogues get swirly balls back?

Fortunately, all of these questions are going to be addressed, at least in passing, by this BlizzCon 2017 panel. So let’s find out more about the mechanics that we’ve got now, what’s coming around the bend, and what will be here in the future as we sit through another liveblogging session. As always, catch up past the break!

Follow all of Massively OP’s coverage of BlizzCon 2017, Blizzard’s annual fan convention highlighting World of Warcraft, Diablo III, Overwatch, Hearthstone, Heroes of the Storm, and beyond!

Island Expeditions are up first. They’re being described like puzzles, where every time you go into them with your merry little crew of three, they have different bits – different enemies, different buffs and debuffs, different difficulties, different objectives, different loot, different AI activities, different modes of combat. It’s not exactly procedural generation, but there’s an element of randomness and unpredictability that’s intended to feel dynamic and repeatable. It’s basically radio/newspaper missions from City of Heroes. 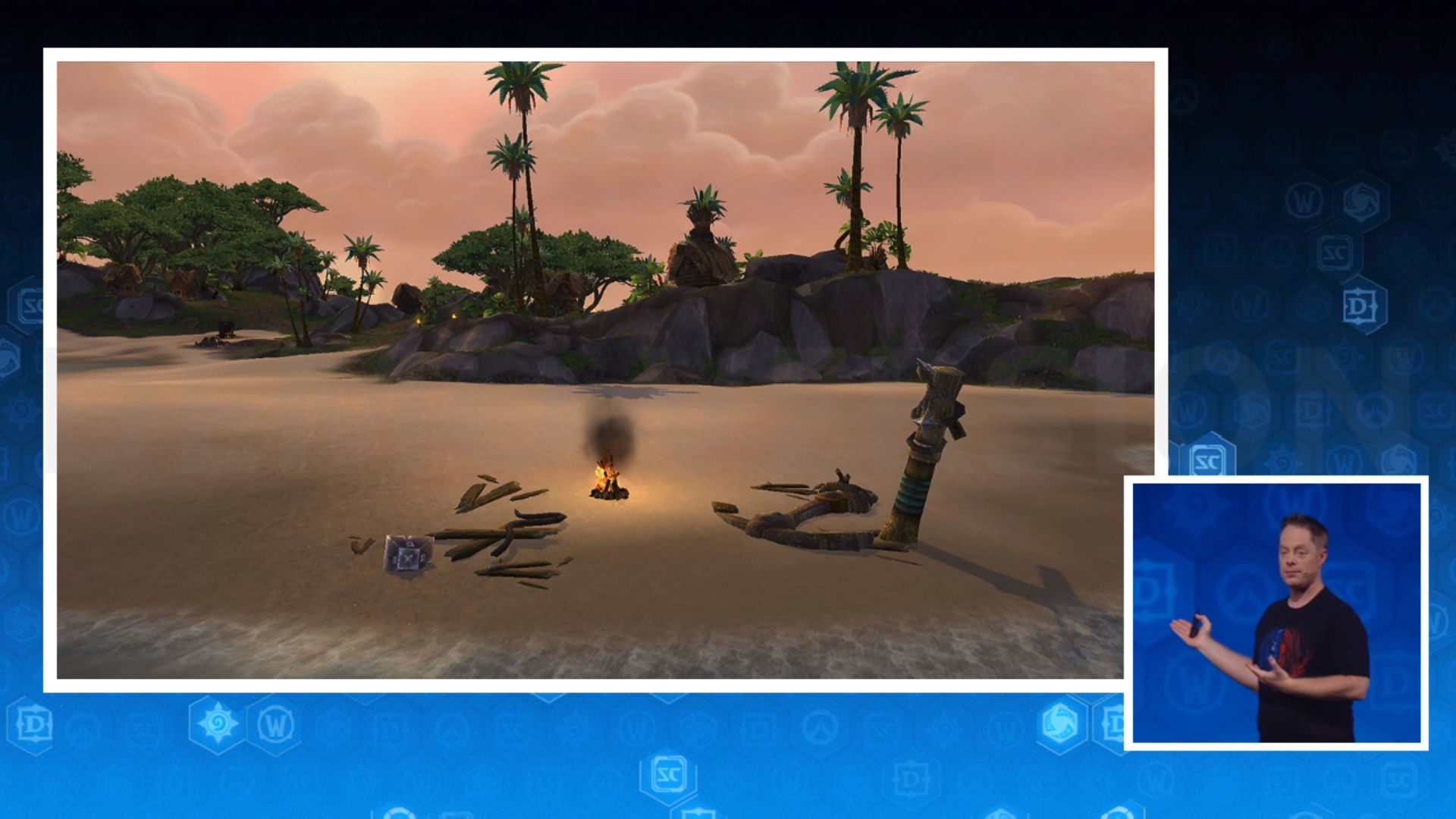 Heart of Azeroth next. It’s basically a new progression system: As you play content in the game, you gather azerite, which levels up (automatically) your Heart, allowing you to awaken latent abilities in individual pieces of armor. Think of it sort of like a build-your-own legendary item. The choices you make are supposed to make sense against one another; you pick your favorite one, not just go for raw power.

Warfronts now. Warfronts are all about war in the homeland. They’re 20-man co-op raids, faction-based. It’s a pretty cool throwback to Warcraft RTS fantasy, as you’ll be collecting resources and indirectly ordering peons to build up your base, then you’ll need to defend it too. Lots of cheers for the rebuilt Stromgarde Keep!

Does this mean the horde alliance ratio when you flag yourself for pvp would be more balanced ?

So basically with these Co Op Battle Fronts are 2 year old ideas lifted off of GW2 Heart of Thorns.

Not sure if I give a crap about this rehashed war that never mattered to any one out side of PVP, but that’s what happens when you kill your big bads and run out of ideas I guess (to give Rift credit they seemed able to pivot).

I’m not remotely excited for this expansion, this basically sounds like, hey guys we know we gave you this loaded expac full of awesome lore so get ready for Alliance vs Horde Electric Boogaloo.

They’re scared shitless about coming up with ideas after the Void so they want to put this problem off for 4 years while hoping we wont recognise another WoD disaster phoned in piece of shit for what it is.

Placeholder expansion. Another pointless artifact to grind to make raiders feel like it’s worth raiding and not much else.

So are Warfronts pvp or pve? You say 20 man pvp raids and mmorpg.com says 20 player co-op raid vs npc armies.

If anything this is showing imo that Blizzard realizes PvP is a dying niche in WoW to the point where they’re even (thankfully) making a world PvP opt-in, meaning you can actually level on any server without worrying about being ganked like crazy while leveling up.

Gankers are gonna be super salty over that of course.

There are versions for both

Gonna be honest, nothing they really said excited me. It seems like they could have patched these systems in through major content patches.

thats my thoughts too… seems like a big patch that it could introduced in Legion. But since they announced classic servers, I cant be un-grateful…

Well keep in mind that the last two expansions required 14+ months of no new content before being released. IF Blizzard can get this expansion out faster, I’d rather take that over no new content for over a year.

And that’s a wrap! Rather light on new information, sadly, which is a bummer. We also didn’t hear anything about the allied races, unfortunately.

Thanks for watching along with us everyone, and great work Eliot as always!

Questions of missing elephants in the room for this announcement are what I like to see asked in the Q&A: Is what is happening with our classes and professions with this new expansion? The silence from the Blizz camp on this is a little too conspicuous for my liking currently.

Any chance crafting will get any love this expansion?

New “community” features will also be in guilds.

I think you meant to say Final Fantasy XI

Ffxi did over a decade ago…

Voice chat integration. Which, uh… the game had at one point? And everyone hated.

I can only imagine that things have improved a decade after they first tried this : P

Enhance existing structures, make it easier to make connections and keep them.