It may not be World of Warcraft money, but Star Wars: The Old Republic has done quite well for itself since its 2011 launch. In a recent earnings report, Electronic Arts (which owns BioWare) said that the MMO has earned nearly a billion dollars in its lifetime. That’s a pretty good return on the investment of its development, which ended up being close to $200 million.

END_OF_DOCUMENT_TOKEN_TO_BE_REPLACED
“Believe it or not, we are close to $1 billion on Star Wars: The Old Republic revenue from the start of its history,” EA CFO Blake Jorgensen said on the call. “So it’s a business that just keeps on going. We like those types of businesses.”

SWTOR launched its Onslaught expansion last week, the first such pack since 2016’s Knights of the Eternal Throne. Check out Larry’s first impressions of the expansion, of which he says, “I think that if you wanted a storyline that gets back to the war in SWTOR, then Onslaught does that, and does it very well.” 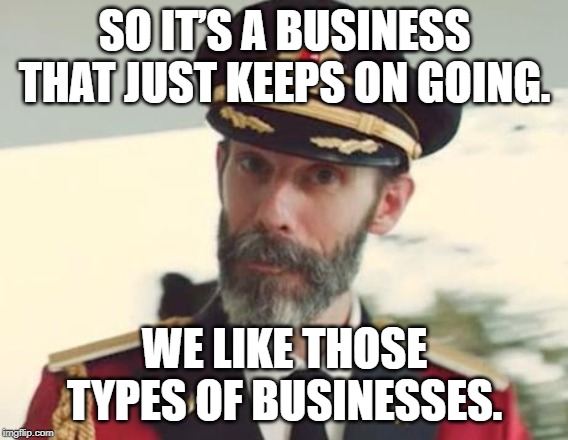 Don’t know how to react to this one.

I hate SWTOR. It’s not an MMO (player cap of 75 is not massively multiplayer….) and I invested far too much emotionally in the game. I should have moved on by now, but for some reason I just can’t seem to get past such terrible game design!

I started digging into the numbers to see if I could figure out anything. Only thing I could work out is if all that income was earned through subscriptions, then the average subscriber numbers over the 8 years of operation would have been 500k. That was the break even point for the game according to the EA investor reports.

So, that means if the game has made any profit, it is a result of reducing costs, rather than increasing players and income. Which makes sense, given how small every single expansion has been.

Well I’m sure the shareholders are happy but it also just goes to show that all they wanted from the game was a short term lump sum of capital rather than a long term investment, which if we’re being fair was mostly earned just through association with the Star Wars brand.

But looking at a long term game like an MMO which is a persistant world and live service for a short term payout pretty much goes against the grain. I mean how many of those consumers who gave them that billion dollars are still in their games and playing and therefore still contributing money to their hungry little mitts? 10%? 20%? if that I? How many have they retained over the years I wonder?

The game clearly doesn’t get the financial support it needs to develop it adequately post launch and the team is constantly shrinking, the content it has put out has been ALL over the place some good, most not. They do not seem to have any specific long term plans for the game but just kind of roll with it from one expansion to the next… leaving me feeling like the game isn’t really seen as an investment to build on but a cash cow to simply milk as much as they can while they can while Star Wars is all the hype again.

This number is not surprising to me, although probably 2/3 of that number probably was earned during the first 4 years of operation.

Something I think a lot of posters here tend to forget is that tons of casual gamers love SWTOR. They get a BioWare RPG experience for free; so they download the game, play through a class story for a few weeks, uninstall, and then repeat a few months later. SWTOR seems to have a very high population of “frequent flyers”; probably more than any other free to play MMO I’ve ever played.

I do that pop back in every once in a while thing. I do spend a little each time. Like 20 bucks on a mount or new expansion stuff. So they probably end up getting a bit of cash from me every year and there are a lot of us.

I’m re-downloading this game as I write. Time to dive back into one of my favorite MMOs.

I’m honestly wondering how much of this are the result of costs being cut. I hardly doubt this game is bringing profit and revenue because it’s a great game.

Revenue = income before expenses are calculated. This number isn’t profit, which does factor in expenses.

I just want this to be on console. All these other mmos are trash or dead

It’s easy to be profitable when:

1) you license the largest media IP available.
2) you charge for the box and to continue playing.
3) you shift strategies and start hitting players’ wallets for things which were included at launch and which solve problems you yourself created.
4) you adhere to the minimum viable product method.
5) you outsource a good chunk of the game’s development to dev sweatshops.

Imagine how much more money they could have made with regular content updates, following GW2 and ESO’s example.