When I was last spending time with Phantasy Star Online 2, I found it to be a fun game that was mired in a whole bunch of old console MMORPG nonsense. All of the fun was buried in menus and poorly laid-out pathing. After my time with the PC beta of PSO2: New Genesis, I’ve found that those complaints are now mostly gone, which would have been more than enough on its own, except the devs at Sega also saw fit to update the core of the game as well.

Narratively speaking, NGS takes place thousands of years forward in the fiction’s timeline on a wholly new planet besieged by the DOLLS. It’s up to the ARKS – aka the player characters – to fight back against this threat. It’s all the motivation of your standard ’90s-era side-scrolling action game, but then I wasn’t really someone who found PSO2’s narrative to be very interesting to begin with. 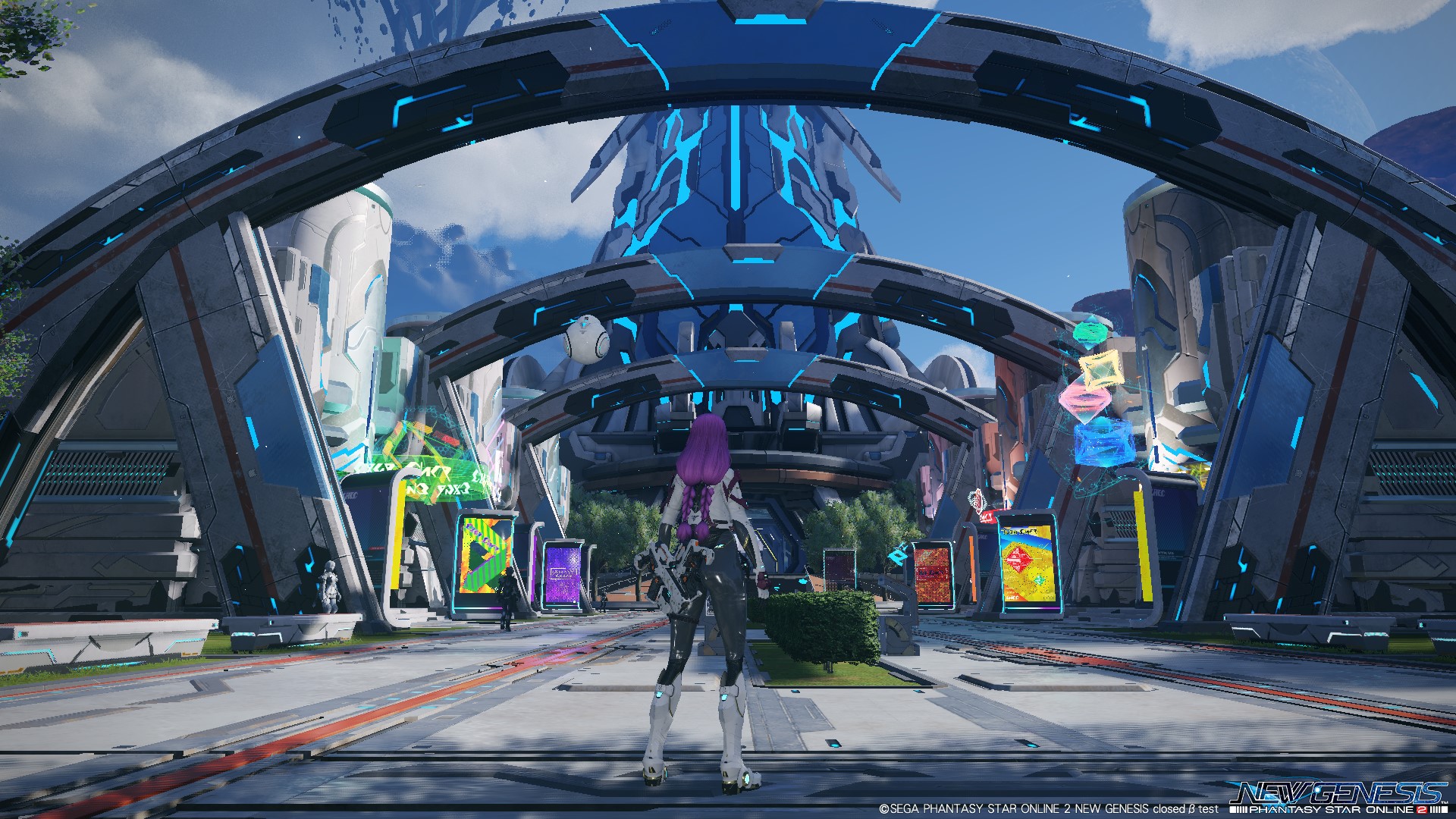 What is interesting is the game’s combat, which feels a bit more fluid than it did in the original game. There’s still the limited number of hotbars, with abilities tied to your chosen class and weapon that are activated with mouse button presses that are either static or modified by holding down the shift key; gone is the need to time your attack presses for maximum effect. I started life as a Gunner and was immediately beset by some truly stylish and flashy combat animations as my character John Woo-ed and anime-posed while firing her weapons or did hands-free cartwheels to avoid damage. It was all impractical, overblown, and completely awesome.

Another interesting addition is a wide open world. You’re no longer crammed into a spaceship lobby to load into a series of biome-themed tunnels and can instead run out of the main capital city to explore the nearby landscape as you see fit. There are no loading screens as you move across the land a la Genshin Impact, though there are sections of the open world that do have walls to indicate an overall needed gear score in order to best survive. Nothing stopped me from entering these more dangerous zones, but doing so underleveled and underpowered often made things harder for myself. 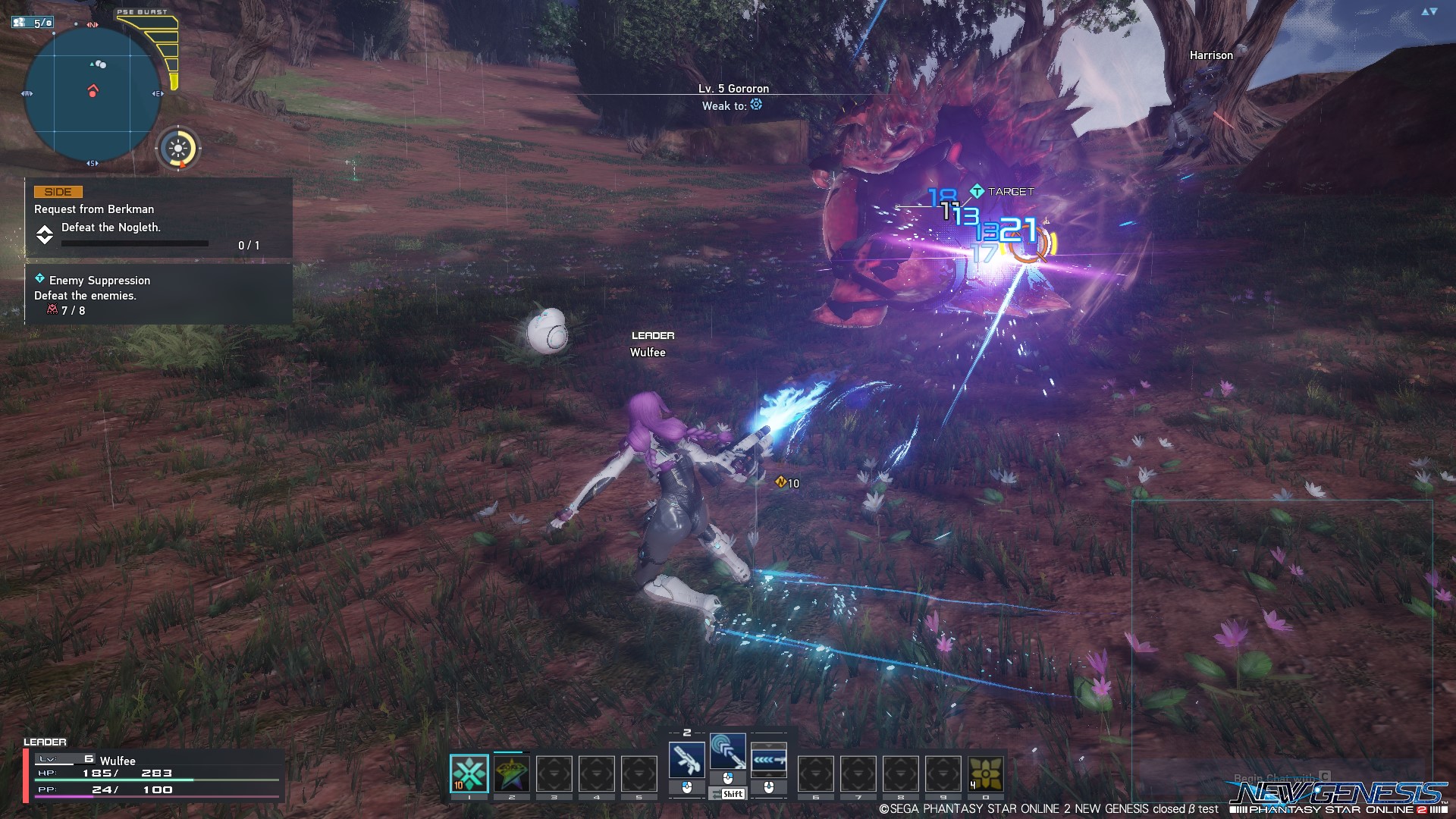 On the subject of character progression, power level is ultimately king, a metric that takes into account character level and equipment. It’s similar to the Light level found in Destiny 2, just anime-styled, and it absolute commands everything you can do. On a few occasions I fought enemies that were well above my level and was able to mostly succeed, but my hands hated me after a long protracted fight. Basically, you can ignore power level, but it’s not really recommended, and there were only a couple of encounters where I was out-and-out punished for my arrogance/ignorance.

Furthermore, while gaining levels improves your base stats, actually improving your skills with skill points is no longer tied to simply leveling up. You now have to explore the open world to find training houses known as Cocoons that feature foes to fight and challenges to complete for extra rewards on top of a Skill Point. I also found a larger Tower version of a Cocoon that featured a lot more floors and enemies. I even managed to beat this thing solo though I probably should not have done so, which is both a testament to this game’s combat feel and my determination to consistently revive and try again. 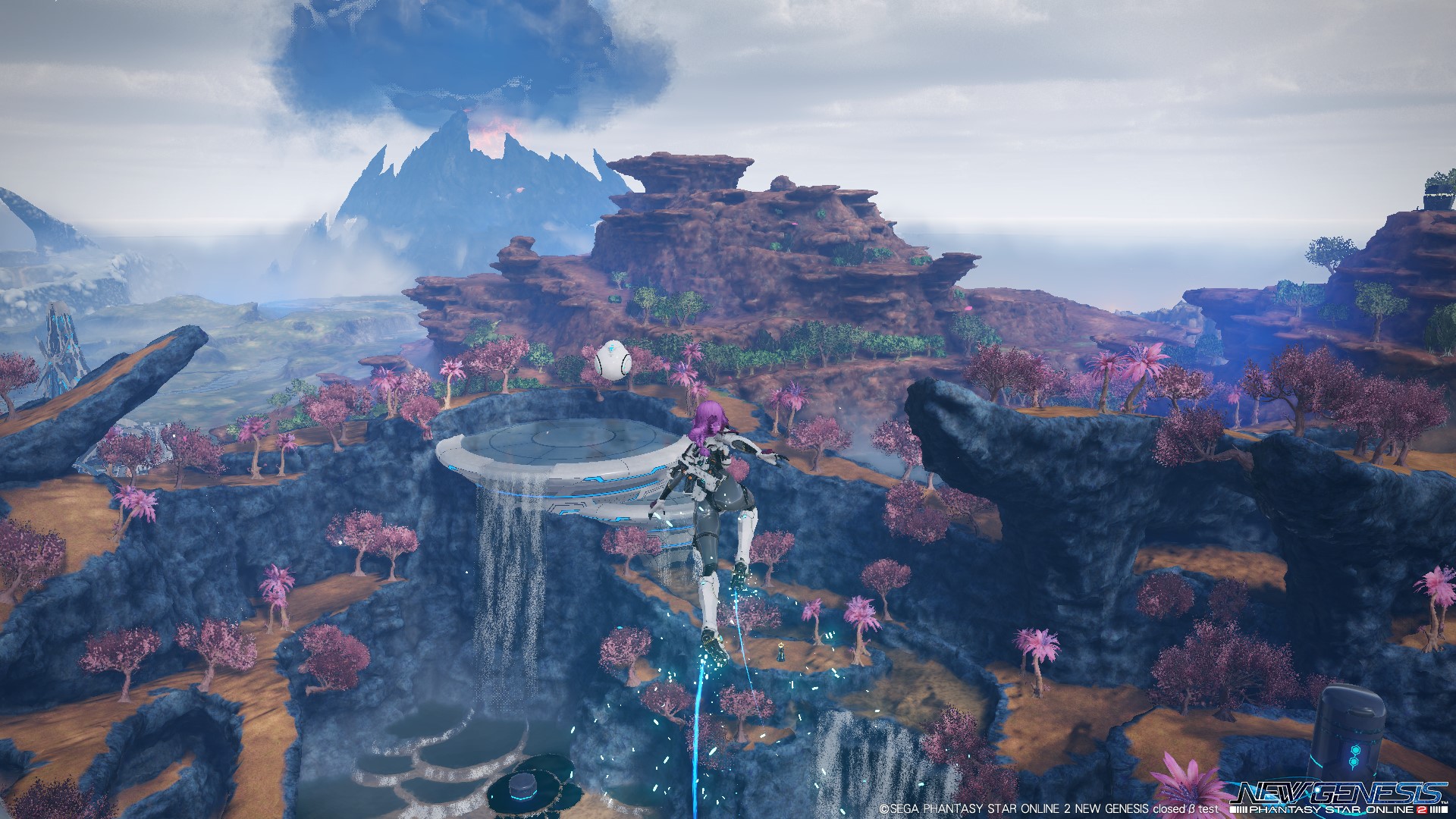 Another thing that’s improved from the original is the onboarding. The aforementioned capital city starts off with a line of quests from a trainer NPC, and then at a certain point you’re free to pick up side quests from other NPCs in town. These so far acted like additional tutorials to guide through NGS’s myriad systems, like creating a multi-weapon (which means I could apply sword attacks to my hotbar as well as twin SMG attacks), enhancing weapons, or fighting harder monsters. I didn’t really crack past the early levels, but I felt like I was given a bit of a leg up overall. Still, there are some things that feel obtuse or aren’t really well guided, like I’m just scratching the surface, but at least I didn’t feel compelled to stop and read player guides like in the old PSO2

As for overall gameplay itself, that felt pretty similar to the original PSO2. There’s the possibility of boosting the difficulty of enemies and spawning rare monsters rising as players successfully defeat enemies still in place, challenging mini-bosses can still be found, mini-events with objectives to clear are almost constantly spawning, and Urgent Quests crop up in the open world. Just like in the original game, these are some of the more fun activities since they naturally draw multiple people in, though the adverse effect is that doing these things solo can often feel like a slog, especially the mini-boss or rare boss fights, since these foes are often absolute health sponges. Also, Urgent Quests are power level-restricted — I was able to contribute to an Urgent Quest but wasn’t able to get rewarded since my power level was too low. Still, seeing a couple dozen people converge in the open world to whale on a robotic tiger was a good time. 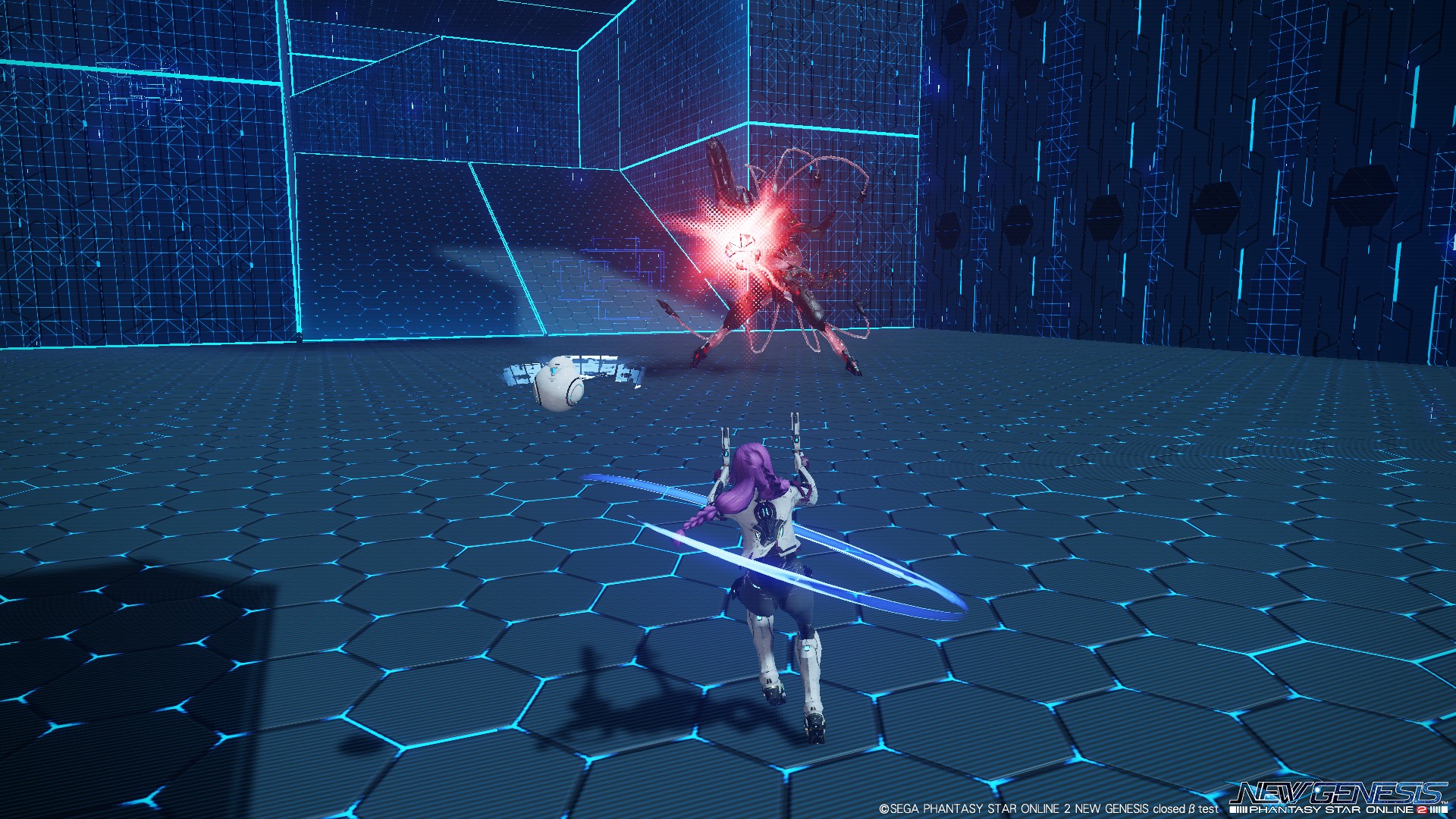 There are some sticking points here or there, I should point out. Some of the controls can still feel a bit weird, target locking is kind of finicky, and the overall performance on my rig could have maybe been better (this things seems to run about as greedily as Monster Hunter World did when it first arrived to PC), but for the most part, New Genesis feels like the evolution this series absolutely needed. Frankly, I’m immediately hooked and am even willing to put up with the Windows Store’s nonsense to play this game, which is already a bigger bit of praise than I can heap on the original.