I’ve been keeping one eye on Godfall for a while. I didn’t want to take a chance on a game from a new franchise with a triple-A price tag without some way to try it first, but the idea intrigued me.

Enter the new Challenger Edition, a funky not-quite-demo that boosts you to max level and grants you access to Godfall’s endgame modes… but not its story campaign. Normally retailing for $14.99 USD, the Challenger Edition was offered as a temporary freebie on PlayStation Plus and the Epic Store. My chance to try the game without financial risk came at last.

Godfall is a “looter slasher” in the vein of games of like Warframe and Anthem, but with a fantasy twist. In place of robotic bodies, players don enchanted “valorplate.” In place of guns, the emphasis is on melee combat, with weapons taking the form of swords, polearms, and war hammers. Otherwise, it’s exactly the loot-grinding, action-oriented gameplay you’d expect from any other looter shooter.

Godfall is heavily inspired by (but not officially affiliated with) Brandon Sanderson’s Stormlight Archives novels. It would not be unfair to say this is effectively “Shardbearer: The Game,” and that’s probably the coolest thing about it. I’m not as big a fan of Stormlight as a lot of people I know, but it does have a lot of neat ideas and has huge potential as a video game setting. Even if this game isn’t officially set in Roshar, there is definite appeal in donning valorplate, grabbing definitely-not-a-Shardblade, and playing as “for legal purposes not Dalinar Kholin.”

Unfortunately, beyond those rich inspirations and a very unique and striking art style, Godfall doesn’t do a whole lot to set itself apart from the pack. It’s one of those frustrating games that seems to have all the right ingredients for greatness but just never quite comes together.

The combat, for example, is mostly good, but not really good enough to carry the game. It’s pretty much what you’d expect from a modern third-person action game: light and heavy attacks, blocking, parrying, dodging, and the occasional special ability with a cooldown. There’s also a skill tree that unlocks various new combo abilities and other means to cleave your way through the endless enemy hordes. 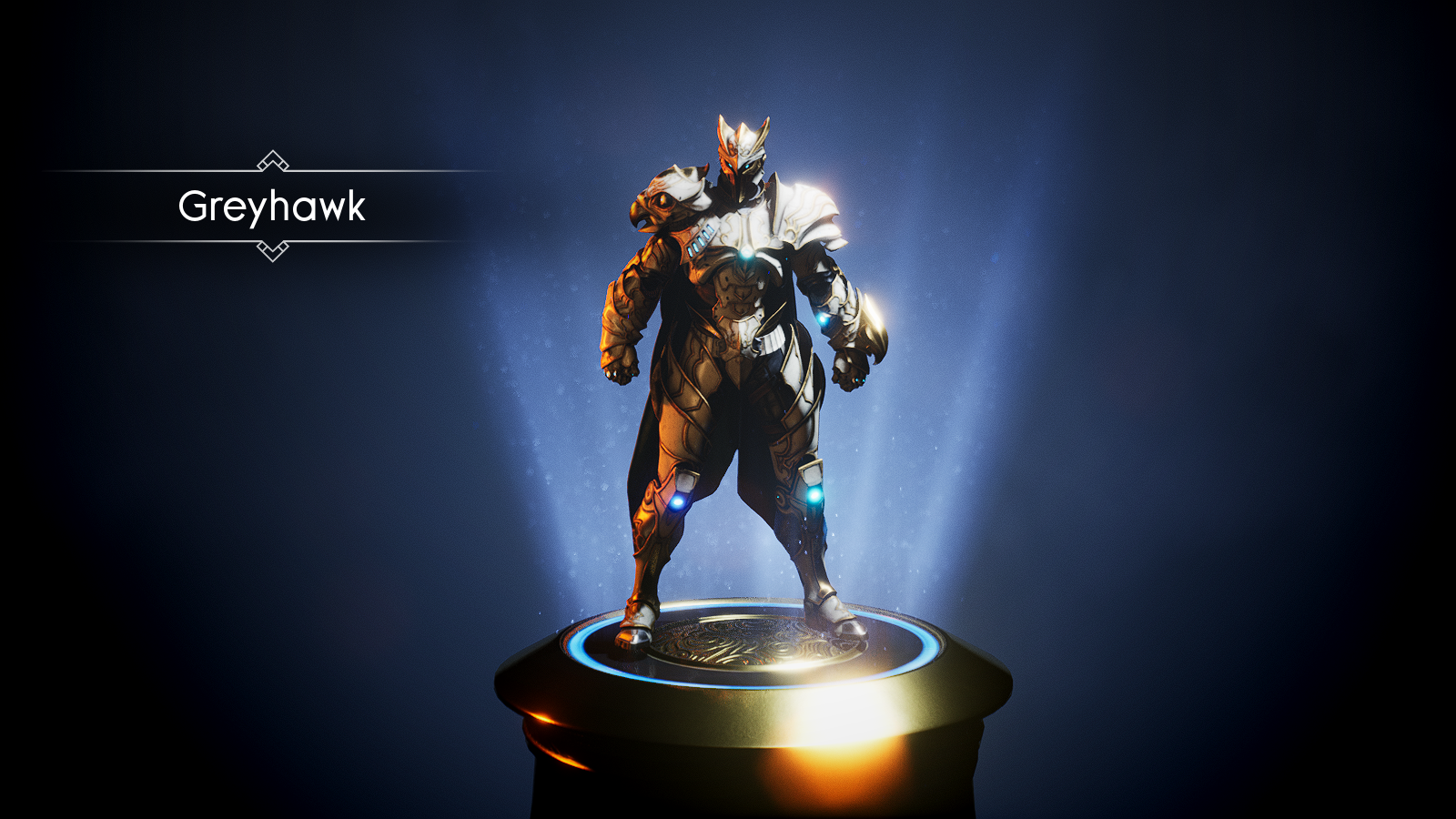 The combat does have its frustrations. Some enemies can be truly obnoxious, such as one type with shields that seemed almost unkillable even on the rare occasions I managed to out-maneuver them and hit their unshielded sides.

This is also one of those games where pretty much any hit by an enemy will stagger, knock back, or knock down your character, which isn’t a design I’m overly fond of. It’s especially frustrating in a game that frequently throws large squads of enemies at you, leading you to be surrounded on all sides. Block and dodging every hit is possible when facing only one foe, but less so when facing seven.

The PC controls also suffer a bit from being clearly designed for a controller first. Godfall is not even close to the worst offender I’ve seen in this area, but the control scheme falls just short of intuitive on a keyboard and mouse. There’s too many cases where I need to twist my hands into a knot as I hold down one button to change the functionality of another.

On the other hand, when things do go right, taking down enemies can be quite satisfying. The highlight of Godfall‘s combat for me was the unique “soulshatter” system. Each of your hits builds up a soulshatter charge, visible on the enemy’s health bar, and hitting them with a heavy attacks consumes the charge to, uh, shatter their soul, dealing high damage. You can lean into this playstyle with your build if you like, with a valorplate that increases soulshatter buildup and a passive skill that adds a destructive AoE to soulshatter kills.

Still, the combat doesn’t really feel like enough to sell the game on its own. There are a lot of other games offering this style of combat with equal or greater quality. Personally when I want this style of combat I’d more likely continue my seemingly never-ending playthrough of Assassin’s Creed: Valhalla. And nothing else about the game really stands out, either.

The Challenger Edition does not include the full campaign, but it does have the opening cutscene and a lengthy, story-heavy tutorial. Maybe the story might get better later on, but what I saw of it was just… adequate. Not bad in any particular way, but also not particularly memorable. 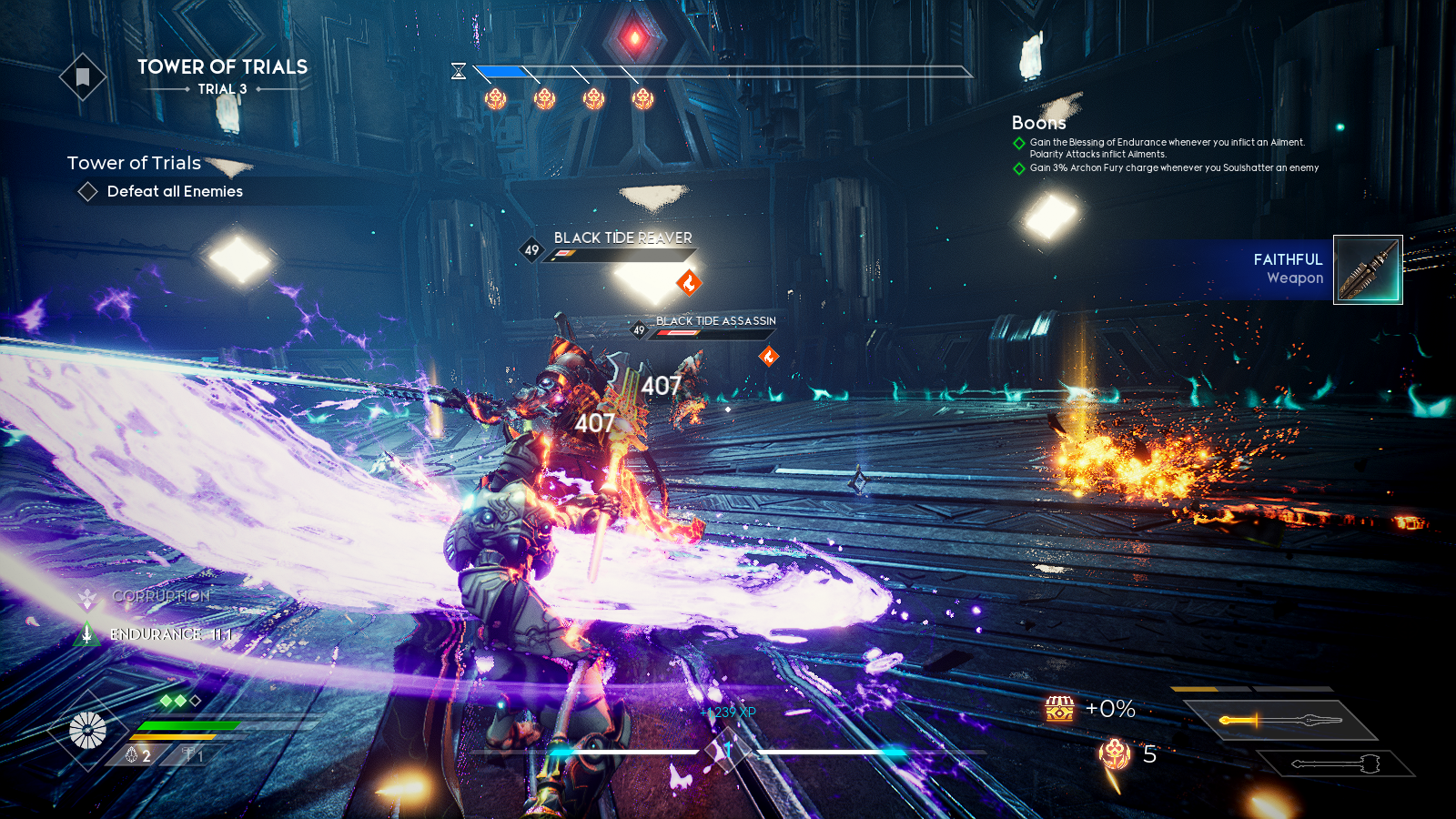 It doesn’t help that the Challenger Edition is not exactly an ideal way to jump into the game. I think character boosts can have a place in MMOs, where long-time players might not want to go through the whole leveling grind on their latest alt, but jumping immediately into the endgame as a new player is a terrible way to experience a game for the first time.

Suffice it to say I had a bit of a baptism by fire. The tutorial is fine as these things go, but it certainly doesn’t provide the experience needed to immediately make the jump to challenging endgame fights.

In other words, I died a lot. Doesn’t make for a great first impression.

I’m not really sure what the logic behind this Challenger Edition is. It’s not a good way for new players to experience the game, and it has no value for veterans at all. In theory I admire any effort to make it easier to jump into a game, but this is one of the strangest ways to do it I can imagine. It’s a poor experience jumping in for free, and how much worse is it going to feel for the people who pay $15 just to get curbstomped by endgame monsters with no context on the game or its world?

I’ve played far worse games than Godfall, and it does have its moments, but I really struggle to find anything special enough about it to justify its price tag. Unless you’re really into Brandon Sanderson, I’d struggle to recommend it.