As we come off a year when Blizzard Entertainment’s seedy underbelly of scandals and coverups was exposed, I thought it might be worth risking a pile-on to look back at another famous scandal that the video game developer created.

At the height of World of Warcraft’s global popularity, Blizzard came out with an announcement that would send shockwaves across the whole video game industry and trigger countless discussions and arguments around the subject of consumer privacy.

For this story, we cast our minds back to 2010 and a very different era of World of Warcraft. The MMORPG was at its peak subscribership that year, with over 12 million monthly players enjoying the very well-received Wrath of the Lich King. A new expansion, Cataclysm, was slated to come out that fall, and there was no reason to suspect that WoW wasn’t going to keep climbing higher and higher.

The June before Cataclysm, Blizzard announced a studio-wide initiative that would soon go into effect across all of its forums and games. Called “Real ID,” this would require players to log into Blizzard software using their actual first and last, which could then be seen by, well, the internet.

Blizzard said that this would help players more easily identify their friends, but the truth is that the studio was hoping that Real ID would combat the increasing toxicity in its online worlds and forums. While it was at first billed as a “completely voluntary and optional level of identity,” Blizzard quickly changed course to make Real ID compulsory for forum use.

“The first and most significant change is that in the near future, anyone posting or replying to a post on official Blizzard forums will be doing so using their Real ID — that is, their real-life first and last name — with the option to also display the name of their primary in-game character alongside it,” the studio posted in July 2010. “Removing the veil of anonymity typical to online dialogue will contribute to a more positive forum environment, promote constructive conversations, and connect the Blizzard community in ways they haven’t been connected before.”

As everyone processed that chunk of logic, Blizzard went on: “We’ve given a great deal of consideration to the design of Real ID as a company, as gamers, and as enthusiastic users of the various online-gaming, communication, and social-networking services that have become available in recent years.”

If Blizzard was intending to lob a huge bomb into the middle of its global community and see what kind of mess the explosion made, it succeeded — and then some. Not only was Real ID not embraced the way Blizzard hoped, it was instantly reviled, castigated, and mocked by players and news media alike.

PC Gamer quickly came out with a piece that called Real ID an “epic fail,” saying, “There are going to be consequences, and they’re not going to be pleasant.” A thread on the topic blew up to over 11,000 responses within hours.

One issue that came up almost right away was the fact that this system would require minors to post their real names online. Blizzard immediately responded that parents could opt out of that system for their kids. 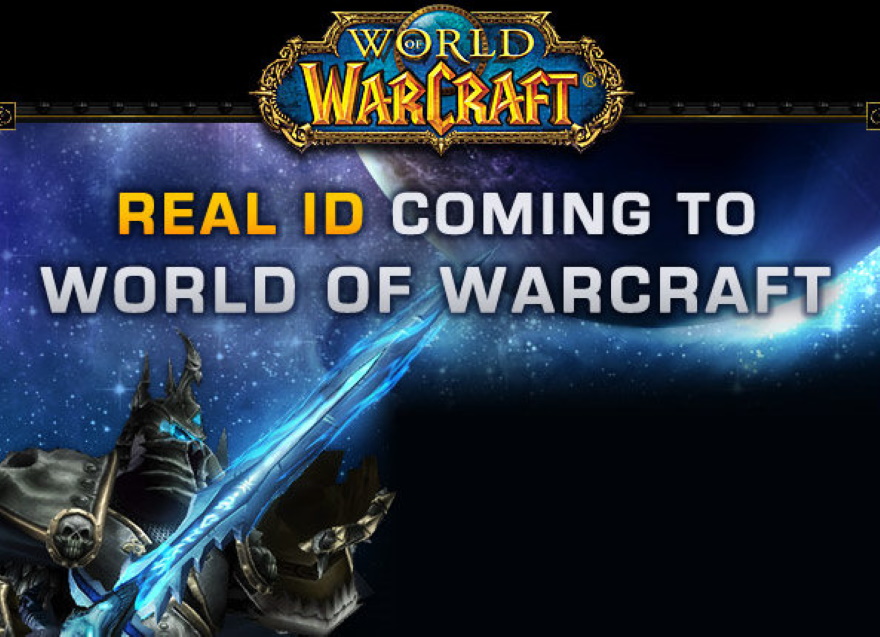 In an attempt to prove that there really wasn’t any danger to revealing one’s personal information on the internet — excuse me while I compose my face here — Blizzard Associate Community Manager Micah Whipple freely posted his real name on the forums. This… this did not go well, at least for Whipple and Blizzard. The community took this as a challenge to dig up all sorts of personal information, including addresses and photos, on both Whipple and multiple Activision Blizzard execs.

It seemed like everyone — except the studio itself — saw the huge problems that Real ID would cause, including opening the door for online stalking, public doxxing, harassment, and a complete lack of privacy.

The immense furor and backlash over Real ID was almost unanimous across the internet. Not even Blizzard, high on its hubris, could ignore that. Just days after announcing the feature, CEO Mike Morhaime wrote a letter on the forums saying that the studio was going to scrap the feature.

“We’ve been constantly monitoring the feedback you’ve given us, as well as internally discussing your concerns about the use of real names on our forums. As a result of those discussions, we’ve decided at this time that real names will not be required for posting on official Blizzard forums,” he said while keeping the door open for Real ID integration at a later date.

Even with the reversal on Real ID, players were shaken and angered at Blizzard’s ignorance and consideration of such a system. In the fall of 2010, Blizzard’s Greg Canessa admitted that the studio botched its handling of virtual identity: “We just didn’t think it was as big a deal in terms of a story as the stuff we were doing over here. We miscalibrated; we miscalculated. We very quickly changed our position on it once we realized it was a serious issue for our community.”

Changed position or not, the damage was done and confidence was shaken. While this wouldn’t be the last or even greatest of the Blizzard scandals, it did highlight how this studio — among others — did not always have its consumers’ best interests at heart.