Having originally played the alpha and the beta, I thought my plan for Lost Ark would be to play other things for the first few weeks and return once the launch rush had died down. And yet there I was on the first day of early access thanks to an Amazon press account, and since then I’ve played nearly every day. I still tend to rate the game in the “good, not great” column, but the 30+ hours I’ve sunk into it so far — not even counting the various tests — tells you it’s doing something right.

I’m finding that it very much falls under the category of “junk food gaming,” but perhaps therein lies its appeal.

First, my opinion of the game’s build system has improved now that I’ve had more time with it. I’d still be inclined to rate it on the less impressive end of the spectrum, but there is more meat there than I initially believed.

This change of heart is not due to the much-hyped engraving system, I might add. Similar to the set bonuses from games like Diablo, engravings allow you to stack up points that offer bonuses at various breakpoints. Thus far I have found it to be a fiddly and confusing system that offers little in the way of meaningful character customization, with the large majority of them offering naught but passive stat boosts.

However, the class skills and their “tripod” upgrades (which I still want to call runes) offer more depth than I first realized. The number of active ability choices for each class may seem small, and compared to some other ARPGs, it is, but there’s enough there for meaningful variation to exist. 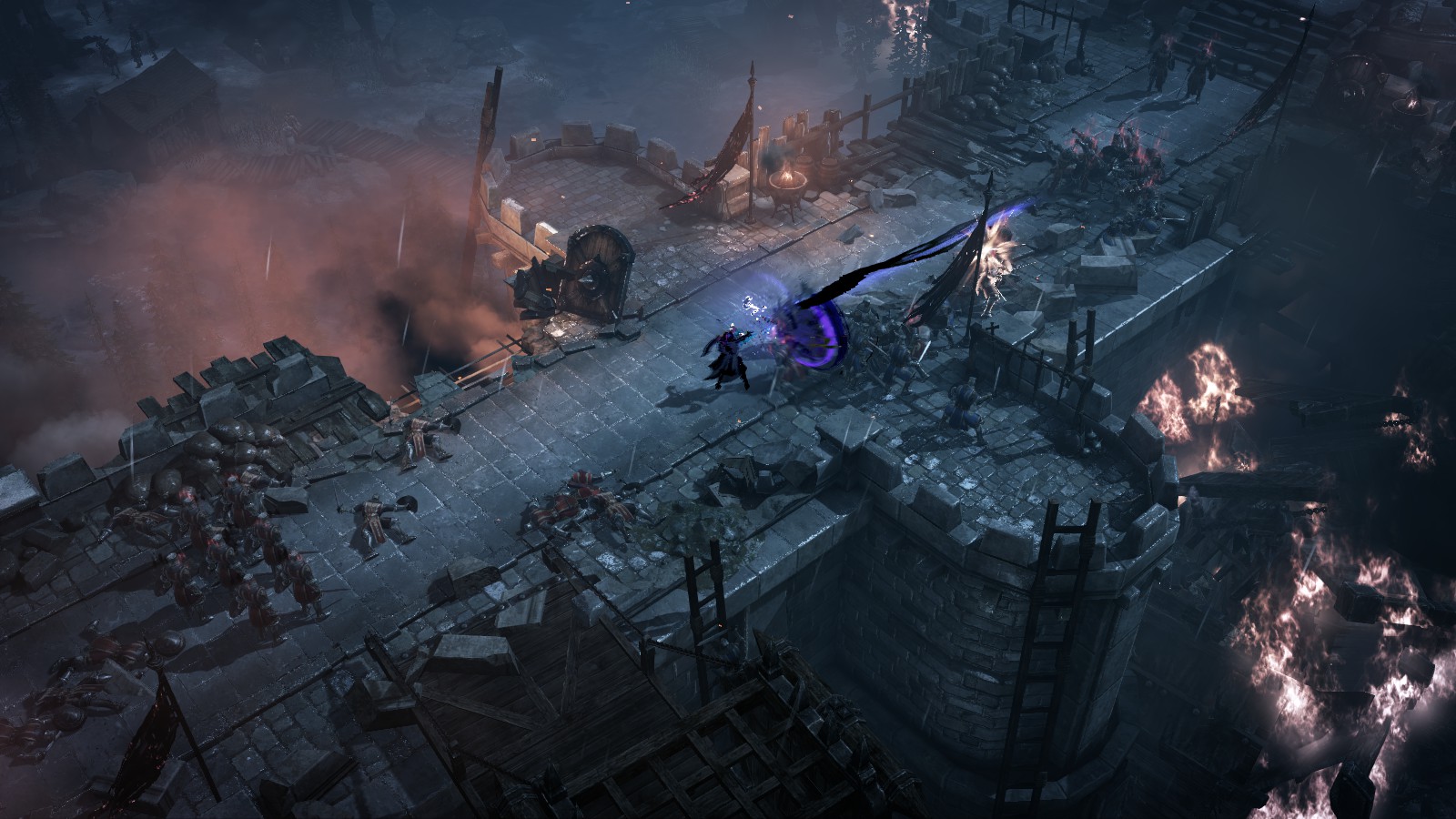 Similarly, tripod upgrades usually don’t have particularly dramatic effects, but once you start stacking up enough of them — not just on one skill, but on many — it can start to genuinely shift your playstyle in new and interesting directions.

Right now my main is a Shadowhunter Assassin. To start, she played about like you’d expect for any assassin class, which is to say there was a lot of stabbing and slashing.

However, the Shadowhunter also offers many ranged throwing weapon attacks as well as magically themed demonic abilities. It is on those two areas that I’ve focused, and it’s now gotten to the point where I have almost no melee abilities remaining. If I encounter a boss with a lot of punishing point-blank AoEs, I can sit comfortably in the back, hurling blades and demonic wrath from a safe distance. My character may have started as a fairly generic assassin archetype, but over time she’s transformed into something more like a death metal battle mage. And I am here for it.

On the negative end of things, my biggest disappointment with Lost Ark so far is probably its player housing, labelled as strongholds. If that name reminds you of the much-maligned feature from Warlords of Draenor, the resemblance is more than skin deep. Lost Ark‘s strongholds function remarkably similarly to their counterpart in World of Warcraft, mission table and all. The main difference is that there is a lot more visual customization this time, with quite a wealth of furnishing options. You can even place your alts as NPCs, a feature far more games should offer. 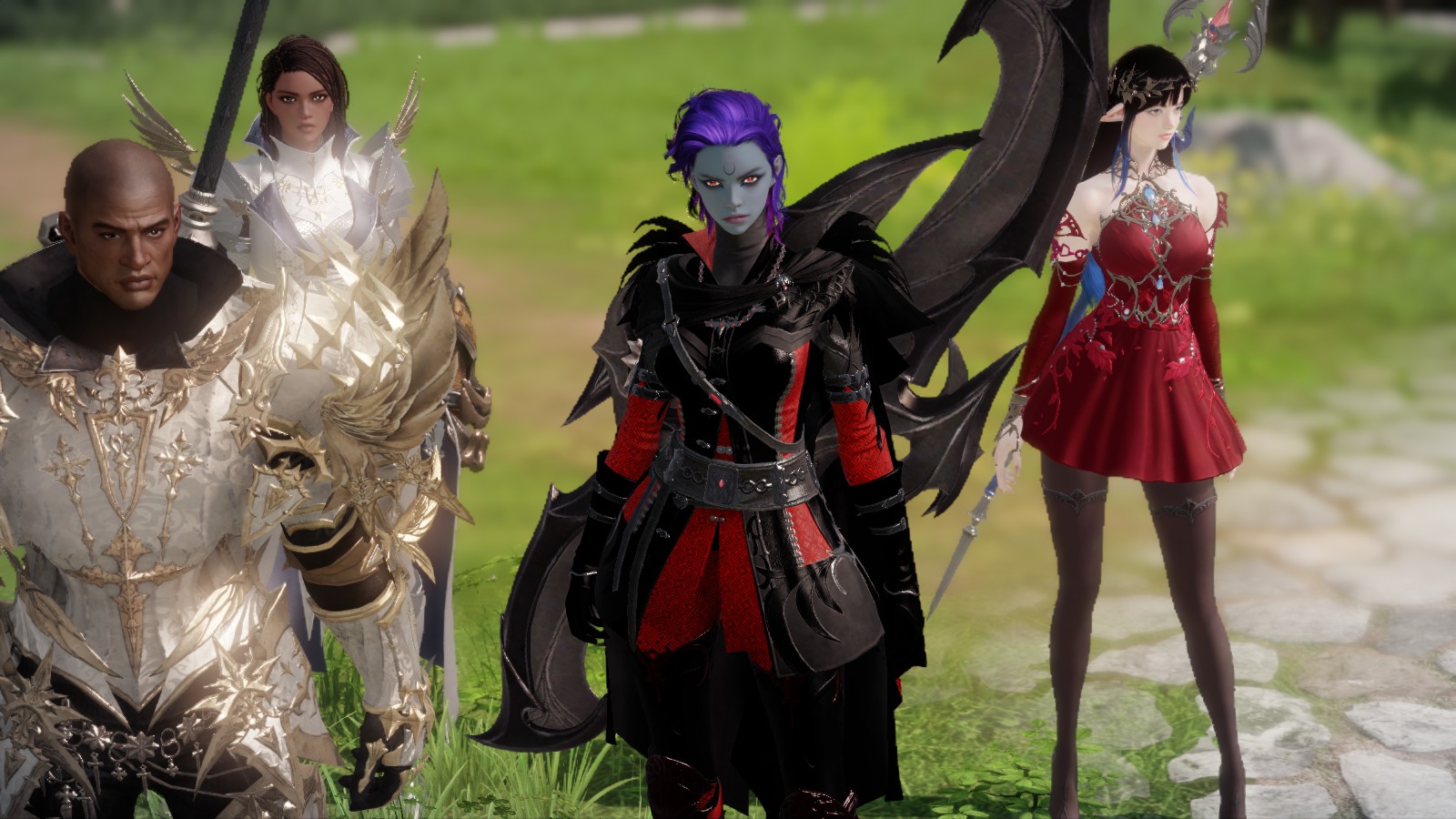 Now, I’m the weirdo who actually liked strongholds, and the lack of furnishing options was one of my biggest complaints with them, so I expected to enjoy Lost Ark‘s version of the feature, but that hasn’t been the case so far.

A lot of is down to simple aesthetics. In Lost Ark, your stronghold is located on a bright tropical island, and there is no option to relocate to another biome. I should clarify — it’s located on an absurd, fever-dream exaggeration of a tropical island.

You ever hear the idea of something being so ugly it’s cute? Like a pug dog? Lost Ark‘s strongholds are the opposite of that. They’re so pretty they’re hideous. I am not exaggerating when I say that the colors are so bright they hurt my eyes, and this is from someone who prefers using Discord in light mode.

You can’t even seek shelter inside, as it’s impossible to actually enter any of the buildings in your stronghold. There’s tonnes of furnishing options, but it just feels patently ridiculous to be setting up your bedroom out in the yard when there’s a literal mansion right there.

I’m still developing my stronghold, and maybe it will grow on me, but for now it feels more like a chore than a joy. At least it takes almost no time to complete your stronghold tasks for the day.

On the positive side, Lost Ark is another game in which the story really is better than people have given it credit for. Not that I think it’s amazing, but it’s not without its charm.

Yes, it’s extremely unoriginal, but sometimes cliches are cliches for a reason. Yes, the voice acting is goofy, but it’s goofy in a charming way. 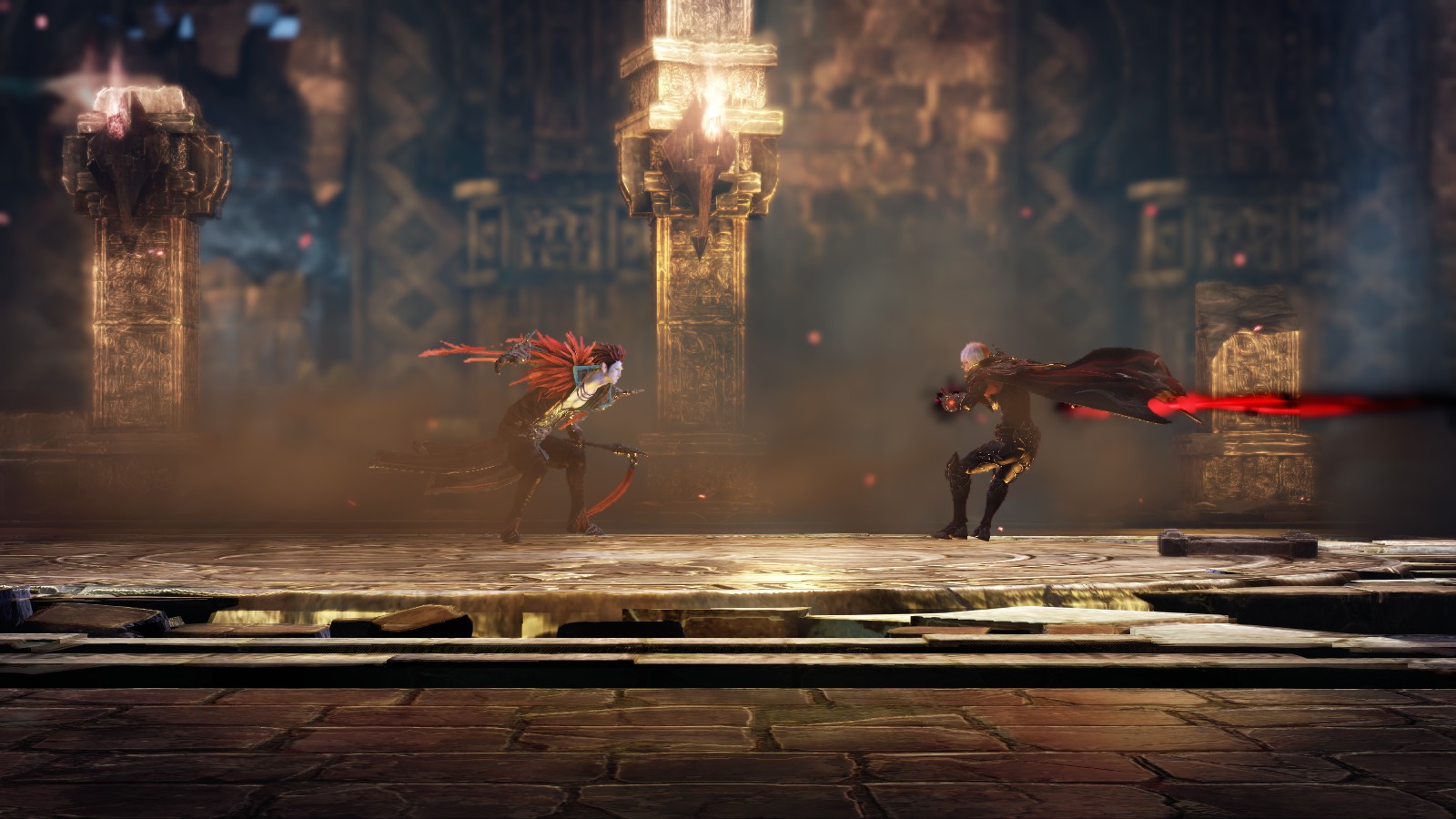 Despite how by-the-numbers it can be, I do get the feeling the lore of Lost Ark was made with love. If you pull up the world map, you can hover over regions to read lore snippets about them, and this is true even for several areas that you can’t visit in-game. That’s a sure sign that the people behind the game genuinely cared about the world they were creating — they didn’t have to go that extra mile, but they did.

So no, Lost Ark‘s story is nothing special in the greater scheme of things, but it can be fun in a campy sort of way, and it was clearly made with love, and for that reason I think it deserves better than the slagging its gotten.

And I think that’s maybe true of Lost Ark as a whole, really. It’s not revolutionizing anything, but it’s a fun, goofy romp. It captures that “junk food gaming” vibe that ARPGs do so well. Sometimes, all you want after a hard day is a big plate of greasy junk food — or to cleave your way through a horde of pixelated demons with your brain in neutral.

There’s a place for simple pleasures, especially in these dark and trying times.