When the day arrives when a magic bee flies into your mouth and turns you immortal and sends you down into the world tree at the center of the planet, you’re going to want to take advantage of the lack of handrails by going as nuts as you wanna be.

In short, be like Hirku Two in Secret World Legends. “Surf’s up, Big Hirkuna!”

The golems were very impressed. 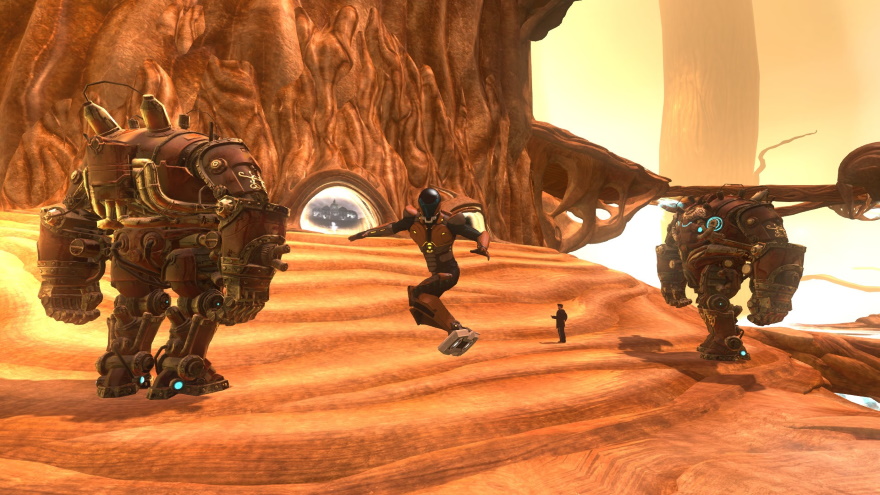 “I was working on a ‘Win one game of Turf Takeover’ quest yesterday in Garden Warfare 2 and defending the Zomburbia map,” said IronSalamander8. “I rocket jumped onto the Scientist house roof top and took this shot. That weird hat I’m wearing on my Arctic Trooper zombie is the ‘scrumptious’ version of the gnome thing hat from the crazy difficulty gnome brothers boss hunt.” 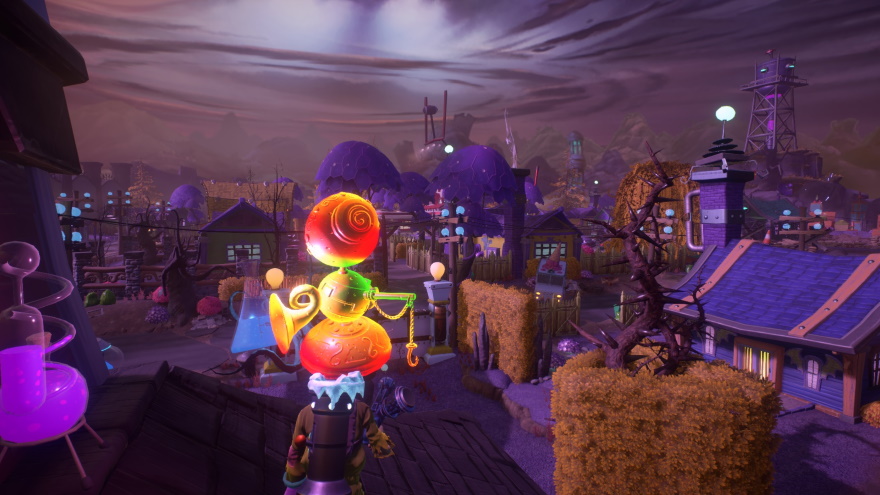 Vincent Clark may be striking a humble pose with his White Mage in Final Fantasy XIV, but his photography skills are anything but unremarkable. He’s available for Glamour Shots at your local Eorzean mall. Make sure you bring in a coupon. 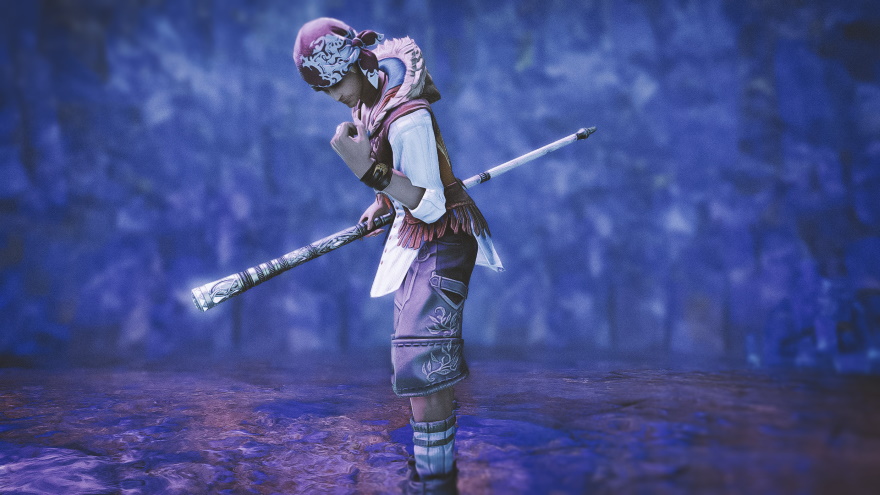 Utakata found the “stairway to heaven” in Blade and Soul. The only problem? How to ascend it. Maybe we need to tag-team Mario and Luigi in on this one. 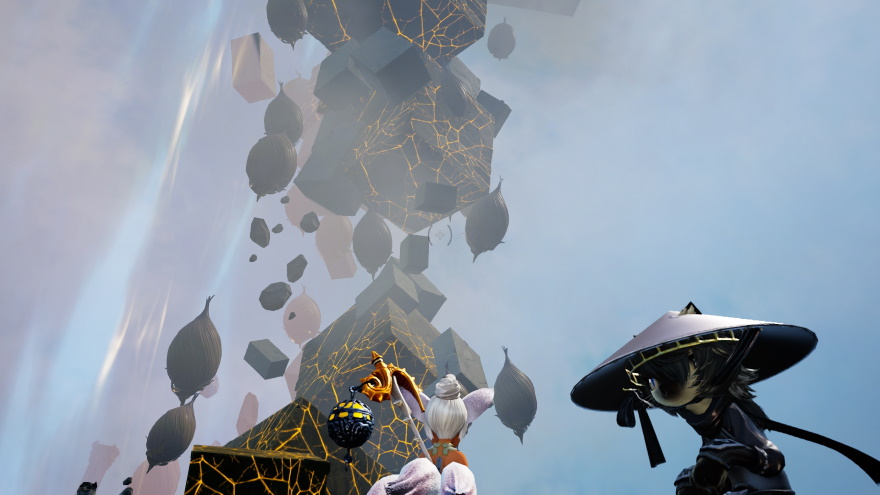 I recently dusted off my Lore-master on LOTRO’s Treebeard server and palled around with my bog-guardian, Puddleglum, in Bree-land. It felt sufficiently spring-like in this area that I had to pose for a quick snap to share with y’all. 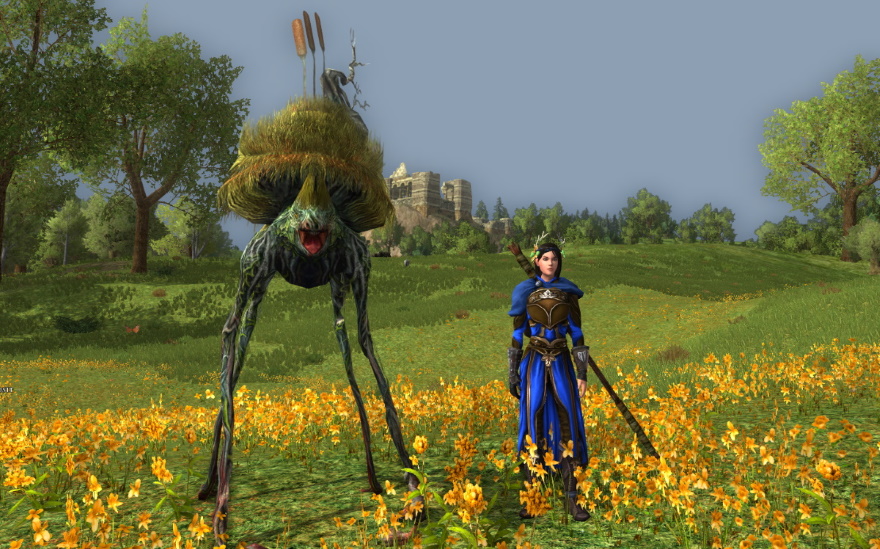 It’s time to stop passively enjoying these pictures — and time to start actively taking your own! We’ll see you all in the comments section, where you can post your best and most interesting MMO screenshots of late!