I don’t know whether I was just hungry for a positive experience after last month’s series, I came to this game with a newfound respect and a bit more foreknowledge of how sandbox MMORPGs work, or this game has just evolved enough to make it more engaging, but boy am I enjoying my return trip to Albion Online so far.

New to our Choose My Adventure column? Here’s what it’s all about.
Initially, the opening beats of the game didn’t hold too many surprises for me, but that’s more to both my own comfort level with an MMORPG like this and to the game’s tutorial being excellently paced and arranged. It guides you along just right, gives you all of the tools in terms of in-game tools and knowledge, and is overall pretty engaging. 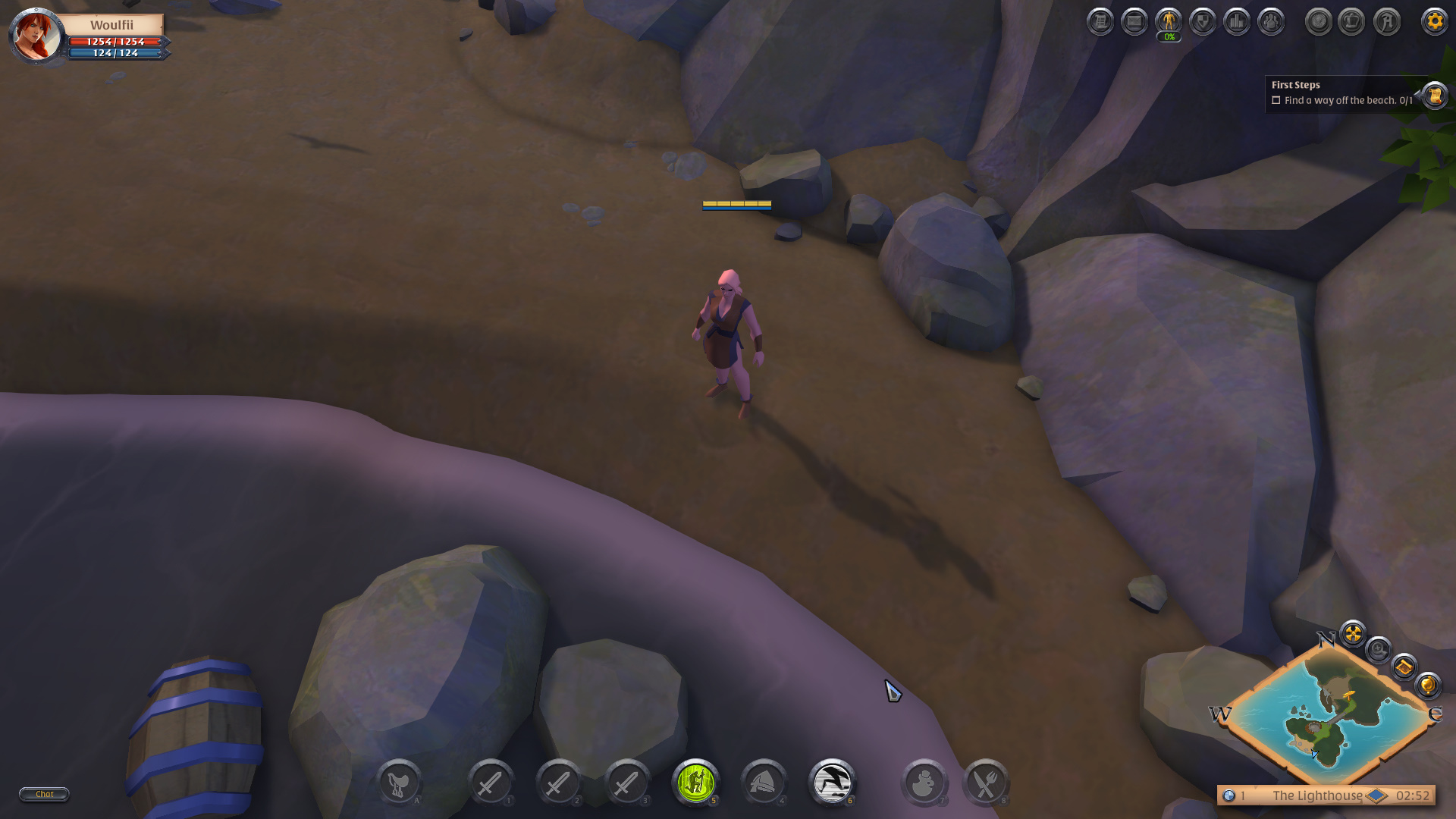 The game’s combat also feels similarly engaging even with its click-to-move control scheme. Usually this is a demerit for an MMORPG, but I think my weeks spent in Lost Ark have gotten me better acclimated to this kind of movement. It also helps that the combat feels pretty good and control feels generally pretty tightly done.

But more than all of these things, wonderful as they are, there’s one thing that is heightening my enjoyment of Albion more than ever before. A simple enough thing, but one that has made a huge initial impression. A simple weapon. The war gloves. 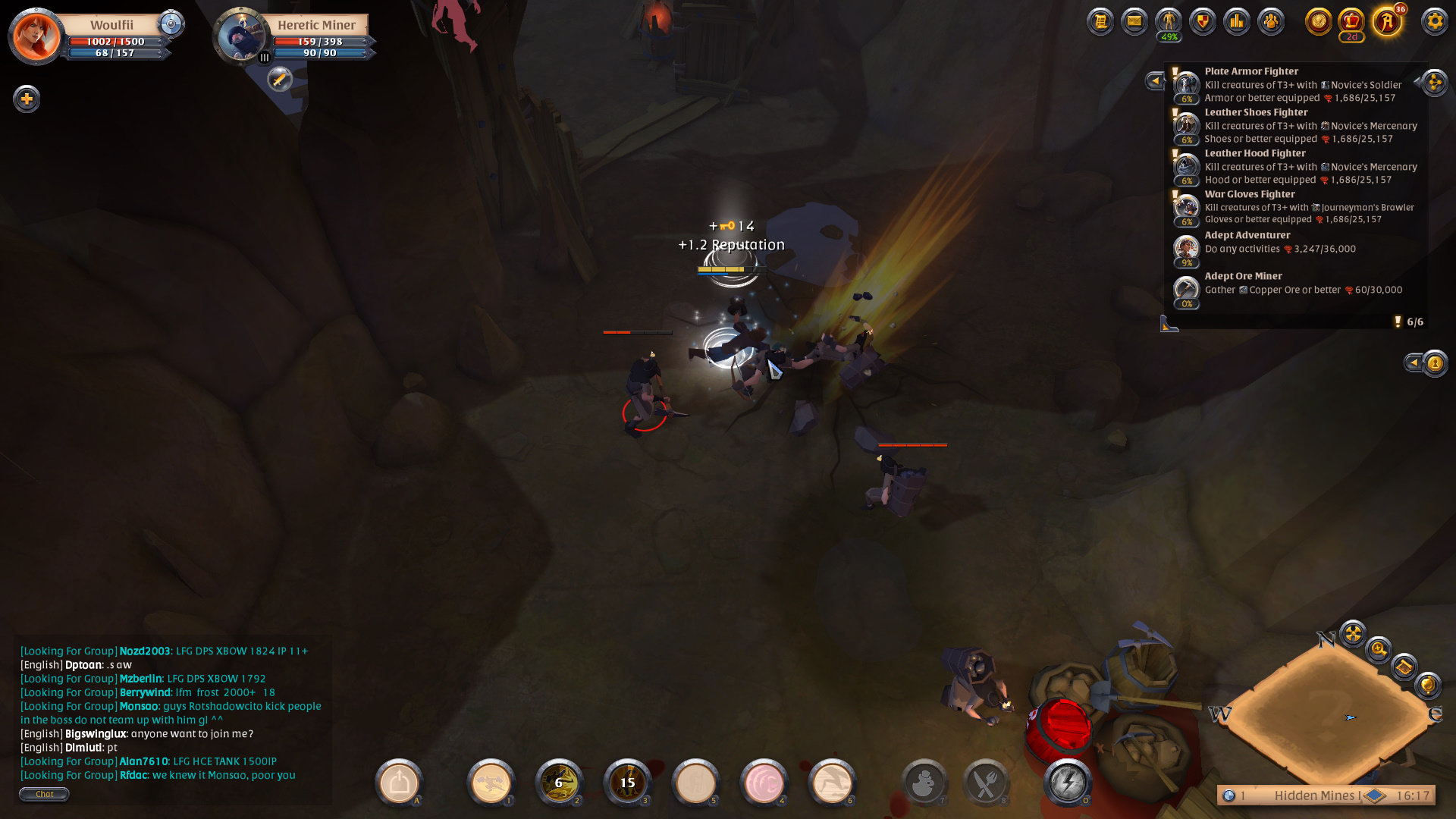 If you’ve ever watched my streams of Dauntless on OPTV before, you know how much using giant fist weapons to punch foes in their mouths delights me. There’s something very primal and visceral about this sort of weapon type in video gaming, and the war gloves of Albion absolutely delight the lizard centers of my brain.

Much of this enjoyment once again circles back to the way Albion’s combat model works. The war gloves in specific have a lot of MOBA-style skillshots that make combat more involved and active, especially when put against the sword and shield that I started off with. I suppose that’s to be expected since the war gloves are the newer weapon of the two, but it was good to experience.

Another important aspect – at least to me, anyway – is how impactful and hard-hitting the war gloves feel. This kind of weapon should feel as carnal as possible, and even with the isometric view, these things look and sound like they hurt. It’s not Lost Ark levels of bombast, but these things feel really nice. 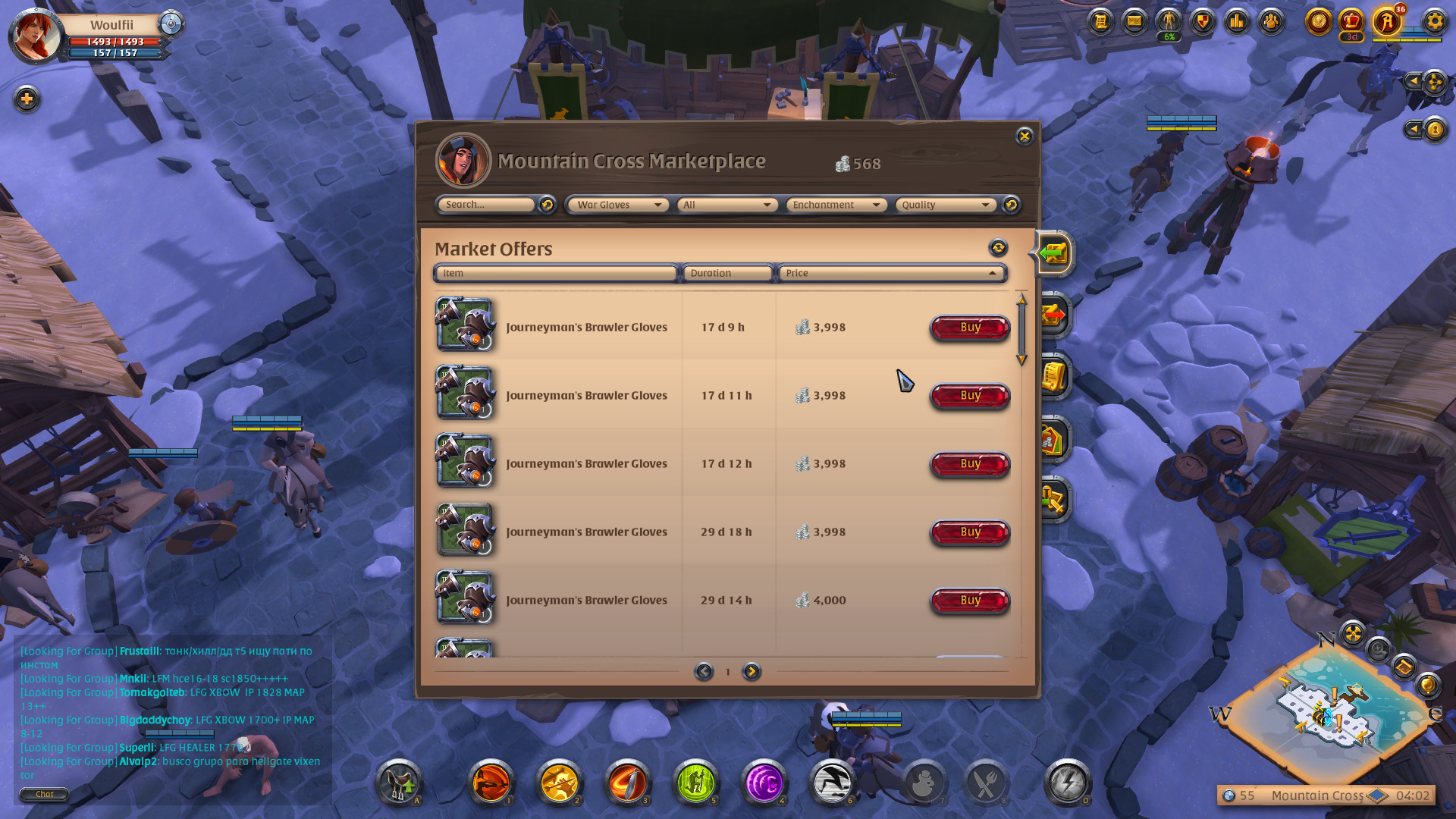 I was a bit worried that there was going to be a major progression wall between me and my new favorite weapon, actually. The beginner’s tier of weapon learning didn’t have the war gloves, and both equipping and crafting the weapon required two different knowledge tree advancements (as weapons and armor in Albion so regularly do). I was also concerned that my choice of starting area had me missing out on the needed materials to craft my own, particularly since the local market board had the entry level war gloves marked up 54% over the market average.

Luckily for me in both cases, I was in the right area with the right materials and getting the mats I needed to level up the respective trees and craft my beloved punch gloves was a dawdle. It also, of course, got me more acclimated to the progression of my character in terms of materials, equipment, and the knowledge trees that I want to follow.

As it stands right now, I’m still in the safe areas of my chosen region, only a little trip away to the first main city, but I admit to being a little gunshy on pushing out too far forward, primarily because I don’t want to be forced into FFA PvP areas, and also because I’m still getting a hang of my kit. In Albion, your class is determined by your gear, and I have what feels like a pretty good thing going in terms of the gear I have elected to wear. 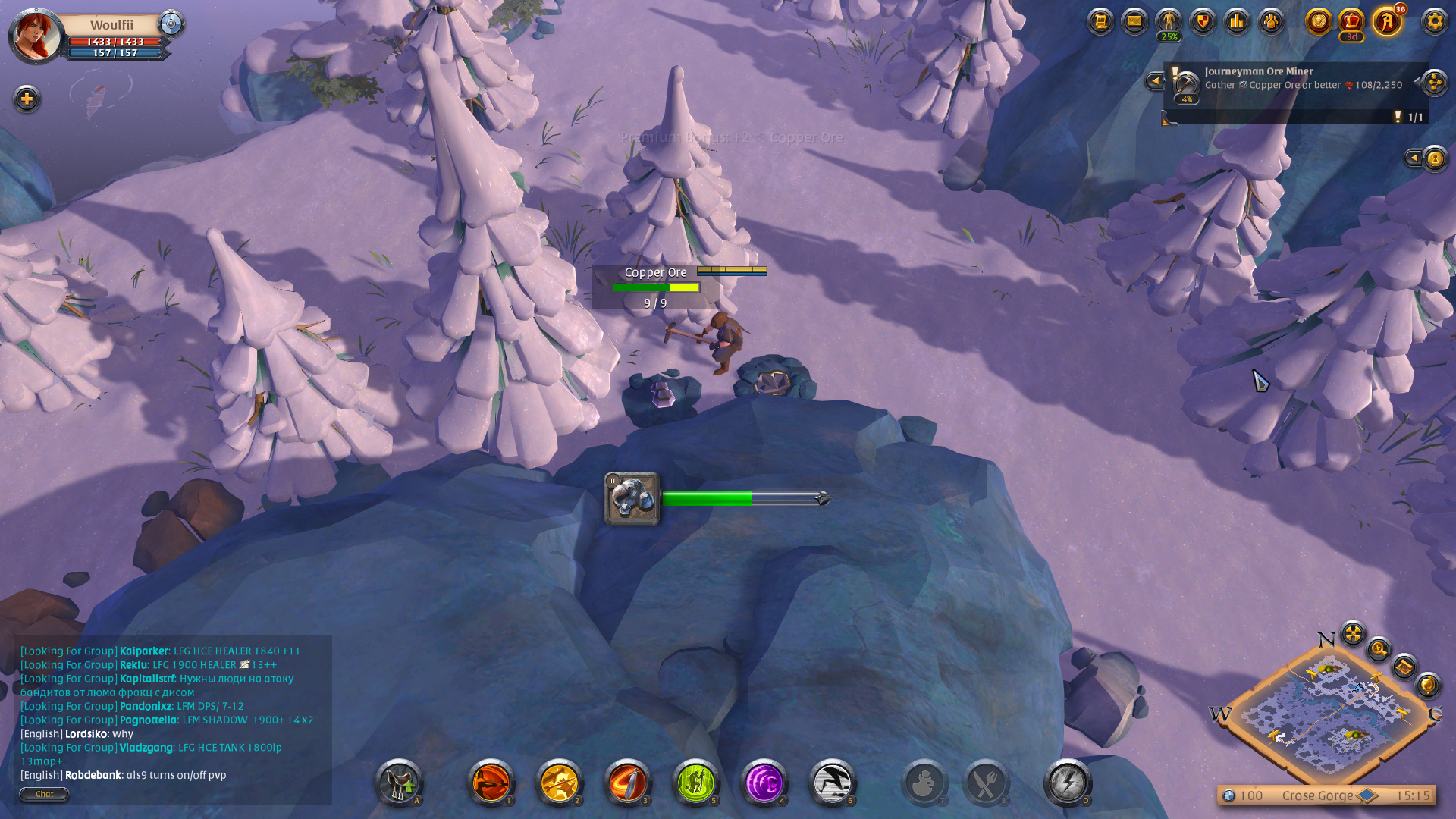 Of course, this is just delaying the inevitable. I am going to have to step out of the comfort zone, head to the nearest main city, and find out what else is out there. But even with that necessity looming large, I am at a point where I’m kind of aimless. I’m mostly doing PvE things, running around the nearby blue zones, gathering up materials and refining them, finding enemy outposts to rummage around, stepping into a randomly generated dungeon portal if I see one, or taking up expeditions at my initial landing port. I also am trying to do a bunch of crafting things, upgrading my harvesting tools and pondering the next tiers of equipment to try for.

This is a long way of saying that it’s polls time. Specifically, that old chestnut of what kind of focus I should narrow in on. I appreciate that I’m going to have my feet in both pools, so this is less about excluding one for the other so much as making one a priority and one secondary.

What sort of content should be my chief focus?

The second poll is going to ask something of the players of the game, assuming they’re reading this. As I mentioned earlier, I feel like I’ve got a good thing going with the types of equipment I’m wearing right now, and the future trees of the weapon and armor types I’m using have some truly intriguing choices. That said, I also appreciate that I’m not so deep into the sauce that I can’t reverse course if Holy Mother Meta commands something. And since I’m going to be forced into PvP zones, heeding Her Holiness’ Command is probably prudent. Thus, poll two:

How should this character be put together? 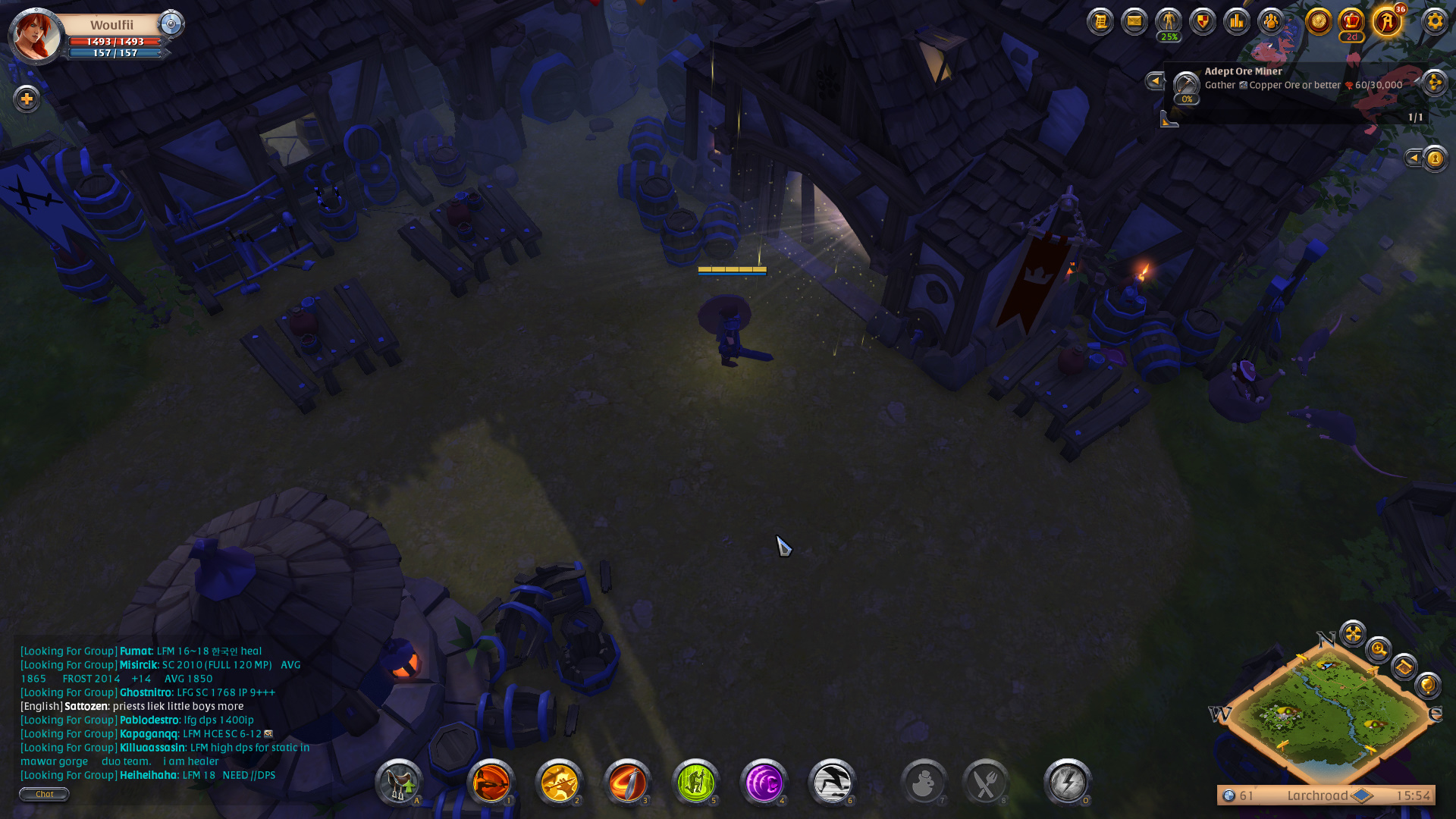 As usual, polling will be wrapped up at 1:00 p.m. EDT this coming Friday, April 15th. In the meantime, I’m going to kind of not go chasing waterfalls and stick to the rivers and the lakes that I’m used to, ideally hoovering up more war gloves knowledge points to unlock the next type of weapon to go for. In any event, several faces are going to get a good punching.