Have you ever watched The Good Place? If you haven’t, I suggest you stop reading right now and go watch. Your life will be better for it, I promise. Anyway, I was thinking the other day about the premise of the show – the ethics of getting into the “Good Place” or the “Bad Place.” I thought about it in terms of paying for a product from a company whose leaders are pretty unambiguously evil, the company itself fairly neutral, and staffed by a whole slew of really fantastic, good people. Do you not support the neutral company to hurt the evil leaders, or do you support the neutral company to help the staff of amazing people who make a good game?

That’s right folks, I was contemplating the inconceivable: playing World of Warcraft again.

Melodramatic lede aside, I am very conflicted about playing any Blizzard game. I don’t think I need to spend a whole lot of time on why, as we’ve exhaustively chronicled the roiling dumpster fire that is Blizzard over the last 24 months. There’s a tension here for me that is hard to work through: WoW offers some things that literally no other game can for me, but I have some serious ethical challenges with ending my personal boycott against Blizzard games.

Welcome, fellow readers, to my exploration of my moral dilemma in playing a Blizzard game, and why I ultimately decided to return to Azeroth. 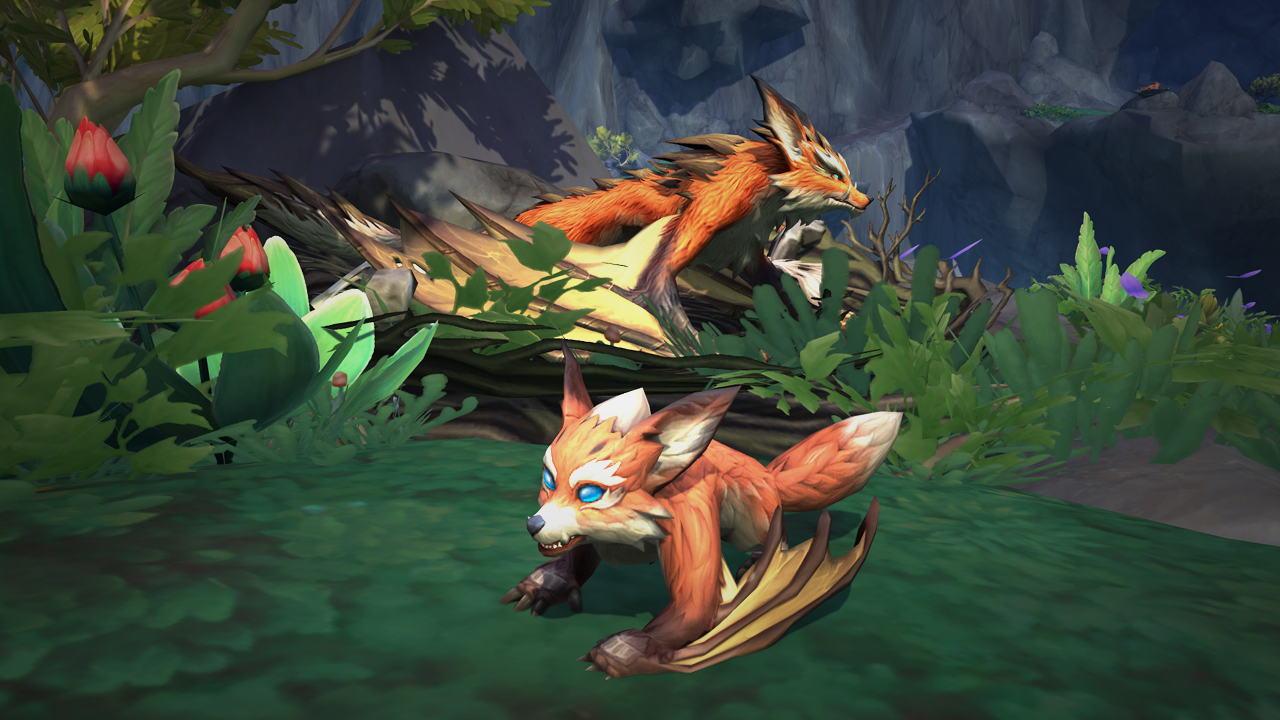 Why I want to play at all

WoW wasn’t my first MMO (that honor belongs to Anarchy Online), but it was the one that was the most impactful to me. My roommate convinced me to start playing in 2006. When I moved halfway across the country for work, WoW became a refuge for me. It was a point of stability in a world that was increasingly chaotic. I was working and traveling, rarely in the same city for more than a few days at a time. I was working ridiculous hours, to the point that it was impossible to maintain non-work real-life friendships. Azeroth was a place I could go that was always the same – a point of digital stability in an increasingly chaotic meatspace.

When I was laid off from that job in the 2008 recession, I moved back to my home region. But during that time, most of my friends had moved on too, and I found myself without much of a support group. My WoW guild became my support system and my primary social activity as we played through the Wrath days. There were plenty of nights when we tried (and failed) on the Spider-wing in Naxx, but we had a blast doing it.

While I didn’t meet my now-husband in WoW, I was traveling 100% of the time when we first started dating, so many of our first “dates” were in Azeroth. We could be in different cities in real life and log in to hang out in Azeroth. I even went Alliance for him (though I still have my Blood Elf crest tattooed on my torso, so Horde is always my true allegiance). It was in those early days in Azeroth that we laid a lot of the groundwork for our relationship.

I even ended up hiring my husband’s old guildmate onto my team at work, where she kicked butt and was incredible to work with. She’s one of my best friends now, though she’s moved on to a new company.

Then, during COVID when we couldn’t do anything else, our WoW guild became the bulk of our social life once again. Every weekend, we’d hang out on Discord all night listening to music (when groovy still worked) and bullshitting. We did bar crawls in Azeroth that led to real-world hangovers. We ran Mythic keys way higher than we had any right to attempt. We even tried to raid (it was a different guild from before, but raiding was still not our strength).

From an emotional investment, WoW has a lot of things going for it that no other game has for me.

Beyond that, Blizzard’s devs have been doing a lot of great things in game, from little things like renaming “Male, Female” to “Body 1, Body 2” to major things like bringing back talent trees and revamping crafting. I know the dracthyr are divisive, but as an Au Ra fan, I immediately wanted to play one. Then, when I started into character customization, I was pleasantly surprised with the number of options available. I felt like I could actually make a unique character in WoW, finally! Plus, WoW is actually starting get rid of the stupid faction war with cross-faction groups, Ion Hazzikostas has said cross-faction guilds are coming, and the Dragonflight cinematic actually shows Horde and Alliance being friendly. Some of these changes are things Blizzard once said would never happen, and here they are anyway.

Although we all knew that Blizzard had some skeletons in its closet, I think the depth of the depravity from leadership really went mainstream with the “Don’t you guys have phones?” debacle. Even so, I don’t think I could have predicted quite where we’d end up today, with leadership at Blizzard actually being partly responsible for the death of an employee, kowtowing to China, the Cosby suite grotesquerie, the unionbusting, the meddling in California politics – the list goes on and on. Not to mention the pile of human excrement that congealed to form the entity known as Bobby Kotick – it’s hard to want to support anything that he touches and profits from.

I’ve struggled with how to approach the moral quandary this situation has presented. I haven’t played anything from the studio in years following both Blitzchung and the sexual harassment and discrimination exposé. I convinced others to do the same. I did everything I could reasonably do to “vote” with my wallet and encourage others to do the same.

But I had this nagging feeling – what impact was I actually having here? Was my one-man boycott actually having the desired outcome of turning the screws against Kotick and other senior leadership? Was my lack of $15 a month actually helping enact the change I wanted it to?

How much of enacting Blizzard’s changes is even my responsibility? As a player, how much of that burden do I bear in trying to punish the senior leadership vs. trying to support the developers who choose to remain? Should I have any responsibility there? It’s an important question for me, yet difficult for me to answer. In isolation, looking just at me, I know my boycott wasn’t doing much. Kotick and senior leadership have their golden parachutes, no matter what I do. Layoffs and union-busting will continue no matter what I do. As an individual, I can’t meaningfully impact any change for Blizzard, positive or negative.

The flip side is best articulated by the greatest Kender, Tasslehoff Burrfoot: “If you look at all the big things in the world closely, you’ll see that they’re really made up of small things all joined together.” My boycott just from me wasn’t doing much, but a million “me” boycotting is a different story… if there were that many people actually seeing it through.

At the end of the day, I’ll lean on the wisdom of a friend, who said, “We should think about things like this as less like an individual marathon and more like a choir. In a choir, people take breaks from singing to breath, to recover, to recuperate, but the song keeps going, seemingly uninterrupted. We need to be more like that – and let people recover when they need.”

At the end of the day, I don’t know whether I’m making a moral decision by deciding to play a Blizzard game or not. But I know that while I’m ending my boycott, others are still holding the boycott, the “song” continues and the player pressure remains.

I understand why people are skeptical about the authenticity of the changes purportedly going on at the company, especially as Activision-Blizzard continues its path of busting unions and Blizzard’s monetization has veered deep into exploitation territory with the Diablo franchise. But with Dragonflight coming out, and in the hopes of Blizzard itself changing for the better, my husband and I ended up going back to WoW. Maybe it’s rationalization of a decision I’d already made; maybe I’m an immoral and unethical person by resuming my support of Blizzard again in light of all the evil it’s done in the world. But at the end of the day, I’m playing WoW with my friends because it brings me joy.

I’m still conflicted. I’m still not sure that my actions line up with my values. Tomorrow I might make a different decision. But for today, I know that I tried, and in the end I play WoW for the same reason I’ve always played MMOs: It brings me joy.

There’s an MMO born every day, and every game is someone’s favorite. Why I Play is the column in which the Massively OP staff members kick back and reminisce about all their favorite MMOs. Whether it’s the new hotness or an old fan favorite loaded with nostalgia, each title we cover here tugs at our heartstrings and keeps us coming back for more.
Activision-Blizzard is considered a controversial gaming company owing to a long string of scandals over the last few years, including the Blitzchung boycott, mass layoffs, labor disputes, and executive pay fiasco. In 2021, the company was sued by California for fostering a work environment rife with sexual harassment and discrimination, the disastrous corporate response to which compounded Blizzard’s ongoing pipeline issues and the widespread perception that its online games are in decline. Multiple state and federal agencies are investigating the company as employees unionize and call for Bobby Kotick’s resignation. As of 2022, the company is being acquired by no less than Microsoft.
Advertisement