The actual information coming from BioWare‘s camp about Star Wars: The Old Republic‘s next expansion has thus far been more sparse than fans might have wanted, which unfortunately leads to some wild speculation and misinformation. That’s why today I’ve put together a list of the most common misconceptions that I’ve heard about Knights of the Fallen Empire. There are many more, I’m sure. And if you can think of others, drop them in the comments after reading this list. 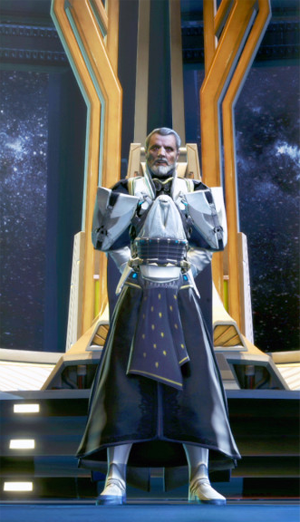 Misconception: The factions will combine into one

One of the most common things I’ve heard on my server in general chat that is completely wrong. This probably stems from the producers at E3 mentioning that the stories are combining. In other words, there will be a single narrative for every player, regardless of faction.

Much as in Shadow of Revan, everyone will see the same story, augmented by elements of the previous class story and faction choices. For instance, you might hear dialogue elements that talk about your being the Emperor’s Wrath if you play a Sith Warrior or Barsen’thor if you’re a Consular. It’s been all but said that your companions will be different based on your class, too.

Misconception: This is a complete reboot of the game’s story

There are many changes happening as far as the story is concerned, but the core story, mechanics, and graphics engine are not changing. However, KOTFE’s story is actually a continuation of the current timeline story. Charles Boyd said at the Comic-Con cantina that there are actually hints to the expansion story buried in the Shadow of Revan story. He said specifically that Vitiate isn’t dead and is still floating around the galaxy.

I am not going to give any spoilers about the Knights of the Fallen Empire storyline, but those who have read and heard some of the story that has been datamined know exactly how the former story ties into the current story. I will reserve my official judgment for the release of the expansion. I don’t believe you will be surprised about the tie-in, but I do believe you’ll be satisfied.

Misconception: The choices won’t really matter; it’ll be just like the vanilla version of the game

I am tossing this in here because technically it is a misconception, although it’s not completely untrue based on what we’ve seen and heard. The storyline cannot affect the overall world of the game; I believe the words the developers used at the Gamescom cantina tour was that it would be “too hard” to change things based on where a player was in the storytime line. I really dislike it when the developers use terms like that because it oversimplifies what the real issue is. Regardless, the choices are at least slightly deeper than they were in the vanilla version of the game.

For example, E3 demo players saw that one choice would cause one character to die and the other to become your companion, whereas, if the choice is made to save the one character, he would become your companion. However, thanks to some leaks, we also know that there is a point in the story when you have a chance to side with someone or kill him. But regardless of your choice, the character dies because if you don’t kill him, someone else will.

Misconception: You will be able to choose which companions you want

Developers have stated that you will have to go back and try to reunite with your previous companions and that other class companions might join you. This is clearly an allusion to the story being told. I put this is the same category as Mass Effect 2. There will be some companions that you will be able to pick right back up, like Tali, then there will be other companions that you have no way of picking up as part of your crew again, like Ashley or Kaiden. It also appears that there will be set companions that were once companions of another class that will join your crew, but this is also determined by the story. You will likely not have a list where you can determine which characters you want and which ones you don’t.

Misconception: You can kill Quinn, Kaliyo, Vector, Gus, Doc, or some other companion-you-hate

Like the idea of choosing which companions you want, this one stems from the idea of story choice. Unfortunately, this means that killing a companion is part of the choose-my-adventure-turn-to-page-47 choice and not your random choice to shoot Quinn in the head whenever you feel like it. Still, BioWare did say that there will be opportunities to kill off some of your companions as the story unfolds. So maybe we will kill off Quinn, but that will be up to the storyline. 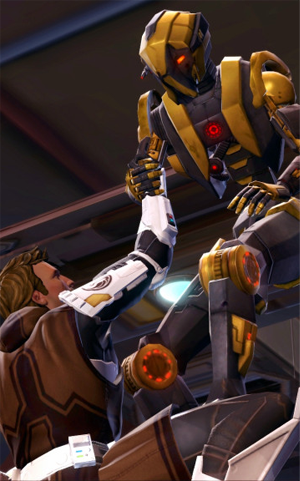 Misconception: We will lose Treek or HK-51

Companions like Treek that are bought with Cartel Coins will not be lost, but it’s unlikely that they will come back at the beginning of the expansion. This tells me that there will be a point in the new story when you will get a ship or something along that line and the companions that you bought will be there. So it’s clear that Nico and Treek will be there forever, but what about HK-51? Section X is bought by subscribing, but to actually get HK-51, you have to run a series of quests. He’s not just dropped in your lap like Treek. On top of that, there is a new model of HK droid in the expansion, so it’s unclear what the fate of HK-51 will be.

Misconception: There will be no reason to do old content when the expansion launches

That being said, it was confirmed at Gamescom that there will be a point of no return regarding your class stories and possibly planetary stories. You will be warned multiple times before this happens, but once you cross that line, the single-player content cannot be revisited.

Many people still think that 12x XP will not disappear. But it will on October 19th, which is coming up faster than you think. And anyone who has a subscription can take advantage of the increase in XP until then. Honestly, there are great stories told in the basic SWTOR game, so it’s totally worth it to sub for a month and play through them.

However, if you don’t have the cash to drop on a subscription right now, I do have a code that will give you seven days of subscription access if you haven’t subbed to the game for 90 days. You do get 12x XP and all the other subscription benefits, but this applies only to those who have owned the game before. Others can use this code, but it doesn’t give you sub benefits. It gives you another care package. Note: If you subscribe to the game after using my code, I get 500 Cartel Coins. I use these coins to do giveaways during my streams, MOP’s streams, and other community events.

If you have any more questions about the upcoming expansion, let me know in the comments below, and I will endeavor to answer them to the best of my ability. Until we see each other again: Clear skies and may the solar wind always be at your back.