Seed is a game that I thought I must have dreamed up at some point. Do you ever have that happen? For years I had a vague recollection of reading an article about some sort of cooperative sci-fi MMO that was in development, but I couldn’t remember the name or even verify if it was real.

Well, it was real, although considering how short that Danish game studio Runestone’s Seed was on the market, I could be forgiven for not knowing much about it.

Seed was an MMO that attempted to break away from the combat-centric design that dominated (and still does) the industry. Instead, it looked to other avenues — crafting, politics, exploration, socializing — to fill the combat void and create a compelling experience. It was, at the very least, an interesting experiment and a shame that it didn’t run for more than a few months. Let’s take a look at what made this MMO take the road less traveled!

An utopia among the stars

The conceit behind an MMO that had not one whit of combat was that every player in the game was a “seeded” colonist, born and raised among the stars and denied any knowledge of war and combat. Instead, the colonists were sent in giant ships to populate a terraformed planet designated Da Vinci that was a thousand years away. This was a great plan up until they actually arrived, when the ship landed for good and the population discovered that the planet was not quite as hospitable as expected.

In this dire situation, the players were told to make the best of a ship that wasn’t meant for an extended civilization and work together (as well as against each other) to forge a new life in this hostile environment. Building up the colony and playing politics was the core of the game, which meant that players couldn’t be little islands unto themselves. They had to interact and even roleplay to make something of this situation.

From the mind of bugs

Future Runestone CEO Lars Kroll Kristensen was fascinated with artificial intelligence as he went through college in Denmark. In fact, he wrote his thesis on “swarm intelligence” of how hives of bugs (such as ants) worked together for a greater purpose. He took this interest in the social interactions of a community as well as his love of roleplaying and dreamed up the idea of an MMORPG where combat was flat-out — but the game would still be engaging.

“The non-combat thing took quite a lot more thinking,” Kristensen noted in a postmortem. “The thing is that combat takes a lot of focus in a game. Indeed, if you have a combat-based game, the other gameplay (craft, trade, etc.) tends to be about combat.”

To kickstart the game’s population into playing different, Seed was designed around social groups called rings. Rings were more fully fleshed-out than your standard MMO guilds and given the ability to vote on potentially game-changing issues. In fact, the developers planned on and hoped that the community would shape the direction of the game’s future through voting and electing officials.

Seed had other factors going for it as well. It had an interesting (if limited) storyline that players could encounter and a striking cell-shaded visual style that would have kept it from aging as quickly as other MMOs. NPCs were also purported to be backed by a complex AI that tracked emotions and motives, reacting to players and events. 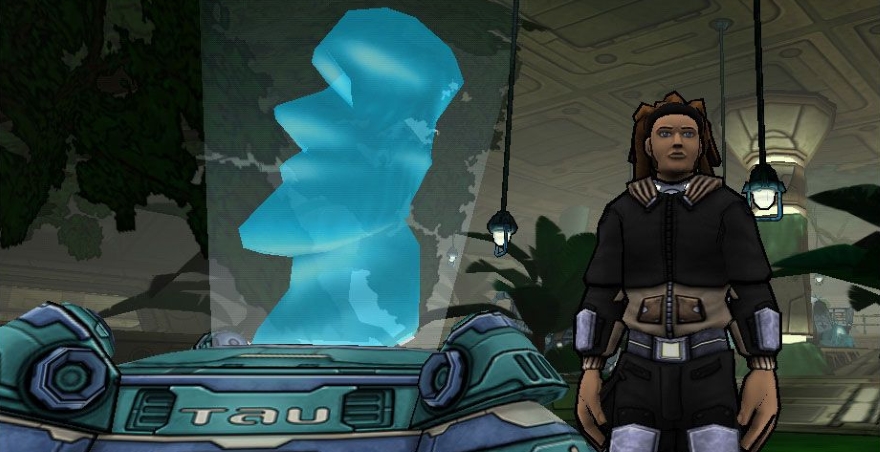 After a few years of development, Seed went into beta testing in early February 2006, seeing 15,000 sign-ups for its open beta. On May  before launching three months later in May. Thus began the glorious “Summer of Seed,” a phrase that I totally just made up because I kind of feel bad for how short-lived this whole thing was.

Actually, it wasn’t even that glorious. In a sadly familiar refrain, Seed was pushed out of the door in an unfinished state, which crippled the title from the get-go. Bugs — the non-swarm intelligence variety — abounded. “This caused way too many of our beta players to leave us, and this caused us to bleed money too fast,” Kristensen said.

Another crippling factor was that Runestone wasn’t able to secure a publisher for the title, which meant that Seed had an extremely limited (read: no) marketing budget or financial cushion. If funds had been found, the plan was to finish and relaunch the game properly. Obviously, this never happened.

Runestone never anticipated a massive community, but it did need to pay the bills. By September 2006, it was apparent that the game wasn’t breaking even. With no options left, the studio filed for bankruptcy and shut down the game’s servers at the end of the month. Before the lights went out, the developers and players got together for a somber burial ceremony to mark the end of the game’s run.

Even at the end of the game’s run, Kristensen stuck by the notion that the concept of Seed was one worth pursuing: “I am still fully convinced that a roleplay-centric game is not only a good idea: It’s a great idea. It just needs to be better executed. Seed has many of the right qualities for such a game, and I still firmly believe that, given sufficient funding, we could have created a great game. Unfortunately, we will never know.”