END_OF_DOCUMENT_TOKEN_TO_BE_REPLACED
Patch 4.1 arrived in Final Fantasy XIV, and the Shirogane housing rush came and went exactly how everyone familiar with the game had been expecting for months on end. The plots available sold out in a matter of minutes, the people who were lucky enough to get in ahead of the queues were the ones who got new houses, and everyone else was left to rant and rave. Frankly, it all worked great, technically speaking; there were no sudden disconnections, no horrid lag spikes, no zone crashes, nothing. Everything worked exactly as it was supposed to and nothing broke, which means that by definition, nothing went wrong.

Well, unless you count shining a harsh light on the game’s horribly misguided housing design as “something going wrong.”

A lot of discussions about this seem to be missing the point. It’s not that what happened with Shirogane housing was a disaster; it was a model of efficiency and the game working as intended. Calling it a disaster is mischaracterizing the situation, making it seem like something didn’t work, when the real problem is an underlying issue of an open-world housing system that completely fails to adequately serve the needs of players.

The game’s housing system is, consistently, suffering from this core problem. It’s not that the housing doesn’t work as designed, it’s that the housing as designed is meant for a much smaller playerbase than the game actually has. It’s a horrid failing on a core conceptual level that’s been going wrong since housing was first introduced at a price that was, quite frankly, absurd for pretty much any player.

From there, we were promised that personal housing would be a separate system and would not have any availability problems; personal housing was instead exactly the same as free company housing (thus meaning that everyone was competing with guilds as well as other players) and subject to the exact same problem insofar as there simply weren’t enough plots. Then came apartments, which also don’t change the core problem, and are themselves limited in number. There are a lot more apartments than houses, but there still aren’t enough to satisfy demands.

Think about that for a second. Apartments are the size of a private chamber in a free company. There are about 8,640 apartments available on a given server, all else being equal. And on the more populated servers that is still not enough.

Of course, it’s still far closer to being enough than housing wards. Consider that in order to have enough houses for 10,000 people (supposedly the upper limit of servers) without any space left over for free companies and with no consideration for size? You’d need about 42 wards per housing region. But there are currently only 48 wards per server, full stop.

Old development statements mentioned something to the effect of wanting housing to be a prestige system, something to work toward over time. That’s all well and good, but it doesn’t actually work for those purposes. For one thing, a prestige system doesn’t work if you are fundamentally stuck wherever you wind up. Getting a bigger house has been one of my personal goals for years, but it’s not actually realistically attainable because bigger houses do not exist. There’s not space for them.

More to the point, the prestige in question has nothing to do with anything beyond being the first one on the server blessed with a short queue and good luck. There’s no effort involved beyond, well, being there. You can’t work things up, you can’t improve what you have, and you don’t have to work over time to accomplish something. You’re either lucky and fast or not.

This is in stark contrast to pretty much everything else in the game. One of the parts of FFXIV that continually impresses me is how much of the game is based around the idea that you’re almost never actually reliant on luck. Luck can help, luck is nice, but you can always whiff your rolls and still wind up advancing. If you never get lucky and get that piece of gear, it’s fine, all of the big upgrades come from reliable sources instead of luck. You set your projects and work toward them.

After years of play, I’m not really any closer or further to having a large house. It’s not about prestige, it’s not about earning the money, and it’s not about time invested. It’s about the fact that I logged in as fast as I could, didn’t get a great queue draw, and thus was straight out of luck.

One suspects – or hopes – that the development team knows this. I’ve had a theory going for a while that this addition was, in part, a final test balloon for whether or not the system could work better with a lot of variables changed. It’s a big addition of land (720 plots at once, equal to the other biggest addition with subdivisions), and it’s in a place that cannot be accessed unless you’ve progressed substantially (thus ensuring that any alts have to have done quite a bit of work first). The fact that it was still gone in an eyeblink should serve as notification that the solution even some fans are parroting of “just add more” is just plain not going to work.

As acquaintances of mine have pointed out, this is also after the game’s most populated servers have been sealed off from any new characters since the launch of Stormblood. The problem is not the people buying up a bunch of houses on alts; those people absolutely suck, but they’re just exacerbating the problem rather than causing it. Much like Pacific Rim, this is when we have to realize that this is not going to stop.

More land is helpful, but it’s a bandage on a gushing wound. The real core problem is that this system does not work for the game’s actual players. Adding housing wards on another order of magnitude would help somewhat – another two dozen wards per district would be a help – but the real issues are more deep-seated.

First and foremost, private housing and free company housing should not be using the same space. This seems so obvious that I’m baffled I even have to say it; of course they shouldn’t be using the same space, they’re different in function. Heck, I’m not even sure that the whole prospect of open-world housing is something that anyone actually wants or admires; I have never encountered a situation where the open-world nature was actually an advantage. 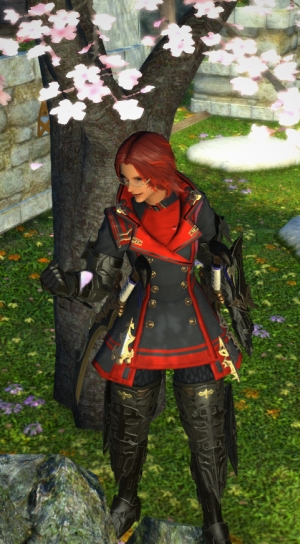 For the record, I play on Bamung. If there was ever a server that would theoretically benefit from open-world housing, it would be the RP server from the original launch, and yet that does not happen.

Second, we need to move away from the game’s current size-locked plots. If getting a plot at all is an accomplishment, being unable to upgrade or move up is in and of itself an ancillary problem. Relocation should not be the only option for people who want a larger plot, especially when people wind up chasing a new district simply because it’s the only chance at something above a small.

Really, what the game needs is a proper instanced housing system. There are already gates in the original three cities that seem tailor-made to accomodate this sort of housing, and it would also allow the possibility of adding new housing “styles” and upgrading size without releasing a full ward. Ishgard may not have housing wards, but you can build a house there. Revenant’s Toll isn’t technically a city, nor is Idyllshire, but there’s space for players to set up a home just the same.

Yes, I’m sure there would be technical limitations for bringing other players into such a map, but we’re past the point where that’s an excuse. Whatever limitations have to be worked around don’t change the fact that this is something that actually needs to happen to address the game’s hideously mismanaged housing system.

It would also help free companies, in the long run, if you prioritized wards for FC housing. Oh, sure, legacy owners of private plots could keep their land… but the prospect of a larger house (possibly further incentivized by a bigger relocation bonus) would get a lot of people to move pretty quickly. And it would doubtlessly put less strain on the servers and require fewer resources than adding another four dozen wards across the board.

One of the biggest problems that ArcheAge has is that its housing system, however great it might be, is tied behind a horrible and outdated set of land rushes in which there just isn’t enough space for people playing. The fact that the studio seems to just shrug and treat this as a fact of life is often held up as a major black mark for Trion, that they know this system is broken but refuse to actually change it.

FFXIV’s most recent housing opening wasn’t a disaster, but it was the same problems all over again. Calling it a disaster is not calling it out as the product of a system that people have said for years does not work. And the more that the development team treats this as simply a fact of life, the bigger the problem gets. It’s working perfectly as designed, but the problem is that it’s a bad design, and throwing more effort after the same design is just going to exacerbate the flaws rather than fix the underlying problem.

One of the themes that FFXIV has explored repeatedly is that just because a system is familiar doesn’t mean it needs to be perpetuated, that sometimes the way things have always been done needs re-examination or outright replacement. When the game gets so much else right, I’d hate to think that this lesson was getting missed.