Just because you’re a frighteningly large beast with a predator’s slavering claws and fangs doesn’t mean that you have to accept the stereotype that the world wants you to fit. Instead of munching on toddlers and becoming a Wall Street trader, you could pursue your true passion: flower picking in the sun-drenched mountains. People might judge you, but I won’t.

Frank presents a glimpse into this alternative lifestyle in FFXIV: “O Poorest Pauldia, a fearsome beast strolling the meadows of Il Mheg. Perhaps if he stopped to smell the flowers he wouldn’t be so angry…”

Think of how much stress he’d lose from those shoulders! 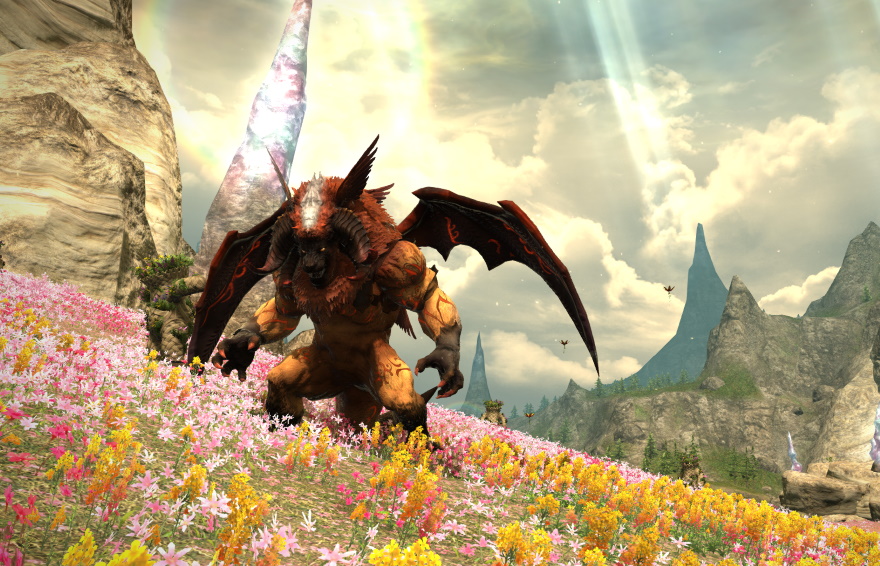 Another way to treat oversized beasts with more muscles than common sense? Electrocuting them. Utakata saw this gorilla in World of Warcraft and posted, “Shock the monkey!”

I know the internet. That’s probably slang for something that I don’t want to investigate. No, don’t tell me in the comments, thanks. 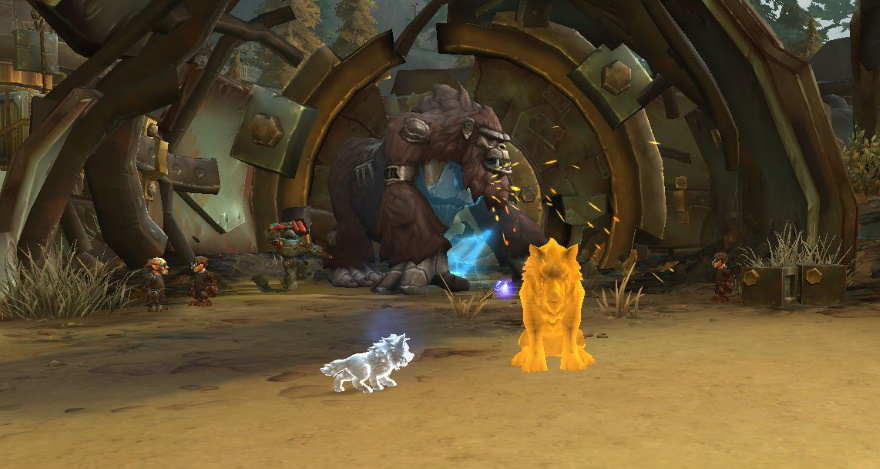 And speaking of stellar ideas, getting absolutely smashed as a pint-sized person and then dancing on top of a rickety table while stomping all over other people’s lunches sounds like the sort of irresponsible activity that those Shire-folk promote. 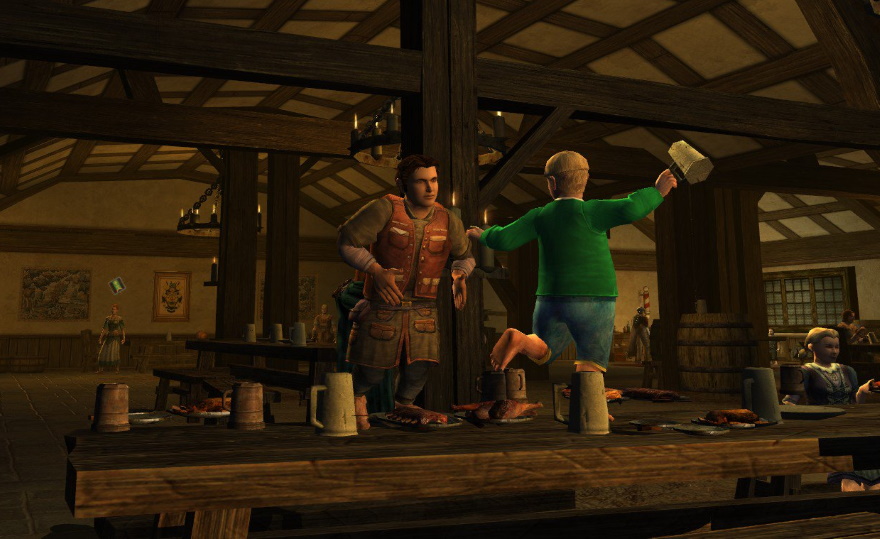 “Well, I’m back in Anthem,” Rafael announced. “And unfortunately, summer is on hold due to a Cataclysm. It’s summery weather and it is a festival of sorts with all the players returning for Tarsis. I guess it is analogous to summer fun if you were, say, caught in a hurricane.” 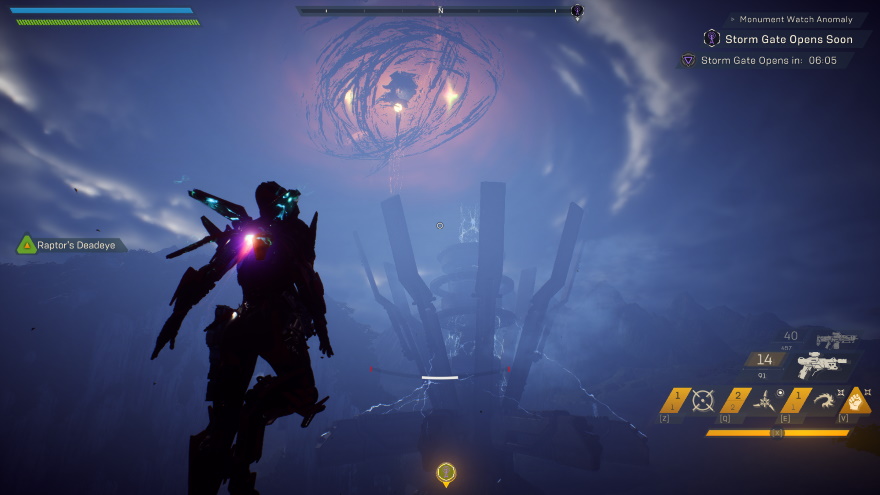 “Does your summer suck?” Mysecretid asked. “State of SWTOR’s galaxy got you down? Well, come visit Vette and I at our secret little smuggler’s hideaway on the ocean world of Manaan! There’s a cantina band on the patio most nights, and if you show a copy of this message to the bartender droid, your first two drinks are free! We’ve got sun, we’ve got sea — we’ve all the friendly ne’er-do-wells you could ever want to meet!” 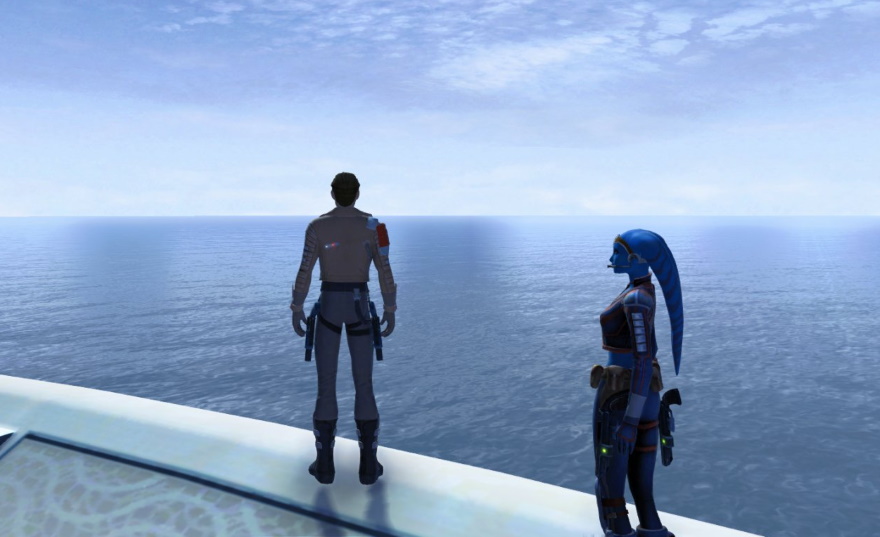 It’s the end of the column but not your involvement with it! For this week’s screenshot challenge, share a picture of your current favorite MMO mount in the comments and tell us a bit about how you got it and what you like about it.

It’s certainly in GW2. But which one? The skyscale had the adorable (but arduous) process of hatching them (including a small hoarde of skyscales in Sun’s Refuge at one point), and the Springer is just a lifesaver for getting around places – especially Heart of Thorns maps.

But I think my favorite mount is the Griffon. It’s probably not as technically useful as the Skyscale, but the feel of gliding around on it is just great, and the getting of it was, while a bit involved, not really arduous.

With apologies to Bon Jovi, and thanks to Justin for the feature!

I’ve decided I don’t want to leave my Hrothgar out. Meet Josen Danai. I have a male Caitian in Star Trek Online I decided to import into FFXIV.

Um, Jon, does Starfleet Intelligence know that you’ve crossed the dimenional barriers, captain? You did file the proper forms first, didm’t you? :-D

Here he is in STO.

This week’s challenge is so easy: these are the first two fishing trophies that I’ve mounted in my house and I…oh, wait.

“Go ahead, call me Tiny one more time.”

PS: Thanks for my image plug again, Mr. Justin! /bows

Prithee, Uta, what beast is that? I don’t think I saw one of those during my time playing Legion.

It’s a Gronnling Mount from Warlords expansion. My guild lead had a spare one in the bank at the time so he gave to me. o.O

Someone beat me to the beetle, so I’ll post up my second favorite mount, which I just picked up this week on my WoW vacation from CoH/GW2. As an added bonus, here’s also my night elf taking a selfie in her new outfit from lovely Boralus harbor. Its not Darnassus, but… its still no Darnassus. :(

I haven’t played in awhile but my High Elf SK (was a paladin and did the betrayal quest to switch) on her nightmare mount in Freeport is probably my favorite:

That’s a really nice mount. Usually, I find mounts which try to seem “badass” fall guilty of “trying too hard”. They just take it all so far as to seem ridiculous (fire from the nostrils; flames on the feet; skulls for eye pupils; y’know, overkill). But this mount sort of makes its “I’m dark and ominous” point without going overboard into the Sea of Silly. Very nice!

I’d also like to show my new Viera. I created an alt in FF14 and bought a Dragoon level boost and an ARR story skip. I just finished the 3.0 storyline yesterday. It’s better than what I remember. Still have a lot of MSQ before I get to Stormblood, though.

Not a surprising response really. So to my understanding…

The power of personal flight is better than any mount in any game. Hands down.

What are those pictures from?

Oh, is League of Maidens playable?

We’re in Closed Alpha with Open Alpha coming soon. As the Community Manager, I don’t want to get into too much here as that might come off as advertising. You are welcome to ping me on Twitter or join our discord.

I just wanted 5 pictures of games with fun flight.

I see one screen from Revelation Online and my brain goes “download it NOW!” … i miss the game.

And yes, personal flight is the best, RO gives you wings :-D

…it’s almost as if I can hear two shiny balloons pressed together. >.<

Having actually worn vinyl pants in my time… I can confirm.

Or two concealed cantalopes struggling to be free?