The thing about World of Warcraft Q&As at BlizzCon is that they’re always some flavor of a mess, even when there are no political protesters standing outside the gates. We always get people asking some of the same questions (“could you guys actually add in a dye system when this is a basic quality-of-life feature in most MMOs”) with some of the same answers (“that sounds like too much work, no”), and several other questions get completely weird non-answers that make our heads explode.

But this year there’s a controversy swirling around Blizzard, and there’s plenty of player dissatisfaction with the current expansion, grumpiness over the newly announced Shadowlands, and disgruntlement over the format of this panel. So this one is going to be fun to watch. Of course, you don’t need to watch if you’d rather not; you can just check out our comments down below as we liveblog the events for you!

It’s been an interesting BlizzCon 2019, given the ongoing boycott and Hong Kong mess, but we’re covering Blizzard’s annual fan convention just the same, with liveblogs and analysis of World of Warcraft, Diablo III, Overwatch, Hearthstone, Heroes of the Storm, and beyond. Bring your popcorn!
• Not So Massively: Reflections on Blizzard, one year after the Hong Kong fiasco
• Perfect Ten: When celebs crossed paths with MMOs
• The best MassivelyOP community Daily Grinds of 2019
• The most popular MMORPG conversations of 2019
• WoW Factor: A quick glance back at 2019 for World of Warcraft
• More BlizzCon articles...

Here we go. Red Shirt Guy is back with the first question! Yes, they’re letting some folks up to the mic. 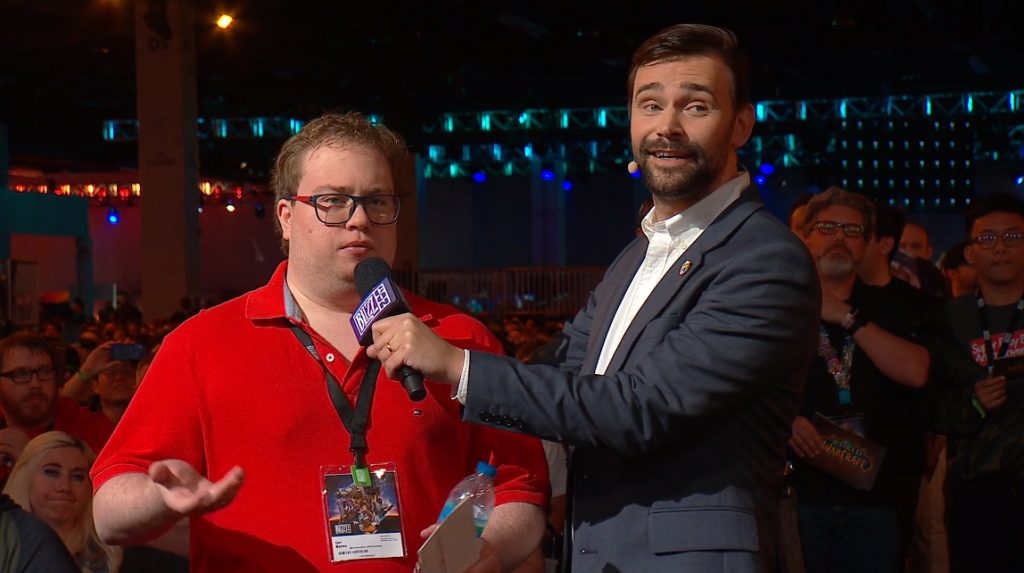 Q: Heritage armor is neat, but it’s not as interesting as the regular race armor; will leveling changes alter how we get heritage armor? (He also asked for more allied races in the future.)

A: Still get your heritage armor; you still have to get to max level.

Q: Did the Jailer in the Maw see the Legion as a threat?

A: We’re going to find out Sylvanas’s motivation and her relationship with the Jailer; it dates back back to the Edge of Night storyline. As for why Sylvanas would help Varian, it was a long-term strategy.

Q: How do the new progression with covenants interact with PvP?

A: We want all of your progression to be impactful for your character. Our starting point is to make things work in PvP, but if we have to, we make exceptions.

Q: What’s up with flying in Shadowlands?

A: It’s the same as in other recent expansions – no flying right off. (LOTS of boos in the house on that one.) No answers on Pathfinder for older expansions.

Q: In WoW: Classic, will we receive an HD model toggle?

A: The idea was to bring the models up to the level of the environments around them. Classic, we’re trying to stick to the original vibe, so HD characters would probably feel out of place.

Q: Will Legendaries ever be transmoggable? (He’s wearing a Hong Kong shirt.) 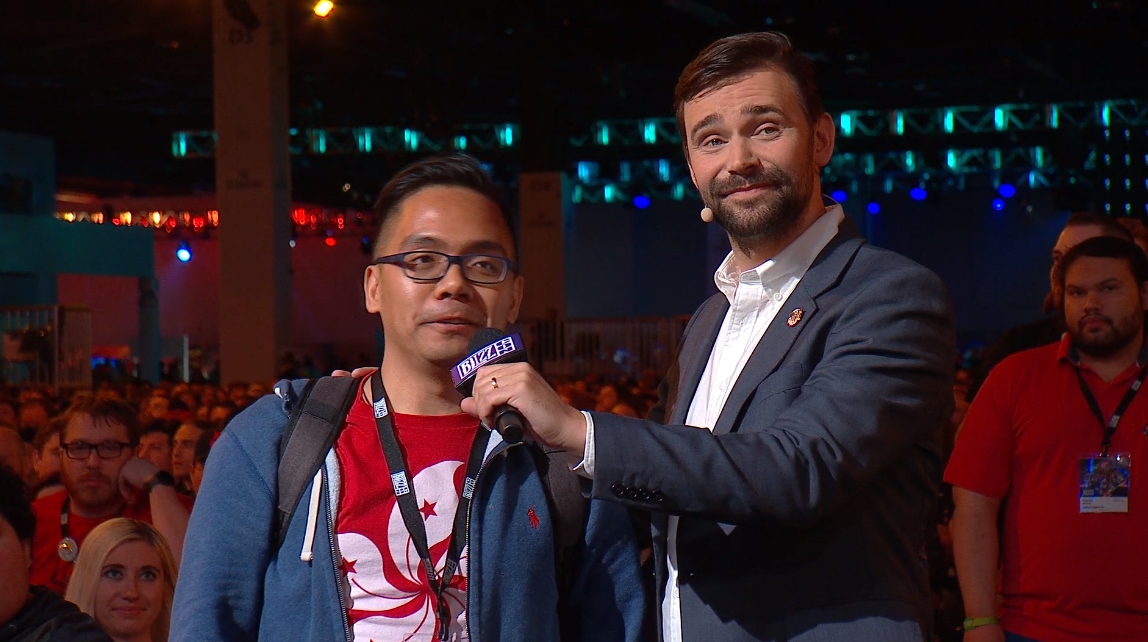 A: Short answer? Yes. We put silly restrictions in at first. “Very soon.” (Lots of cheers for this.)

Q: What is the creative process for choosing an expansion theme?

A: We plan about two expansions ahead, they claim. “We always ask about where we want to go next.” Talking about using references to design zones, especially with new areas.

At this point the original questioner is asked if he’s done, and he says, “Yeah, free Hong Kong, revolution of our times.” A voice in the background starts chanting “free Hong Kong,” and then a younger kid came up and stood in front of the camera to say “free Hong Kong” and then walked off. Taliesin politely agreed. 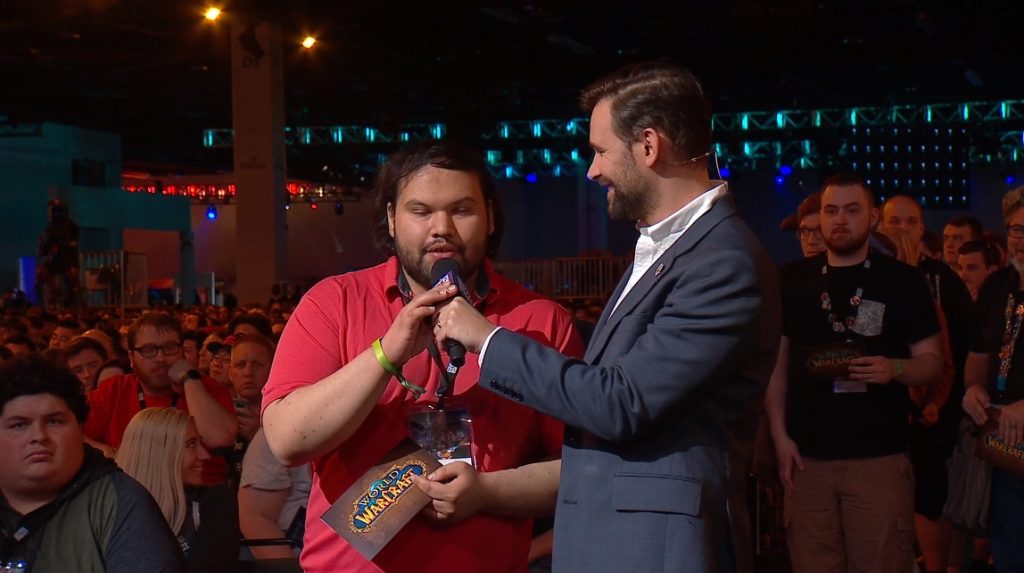 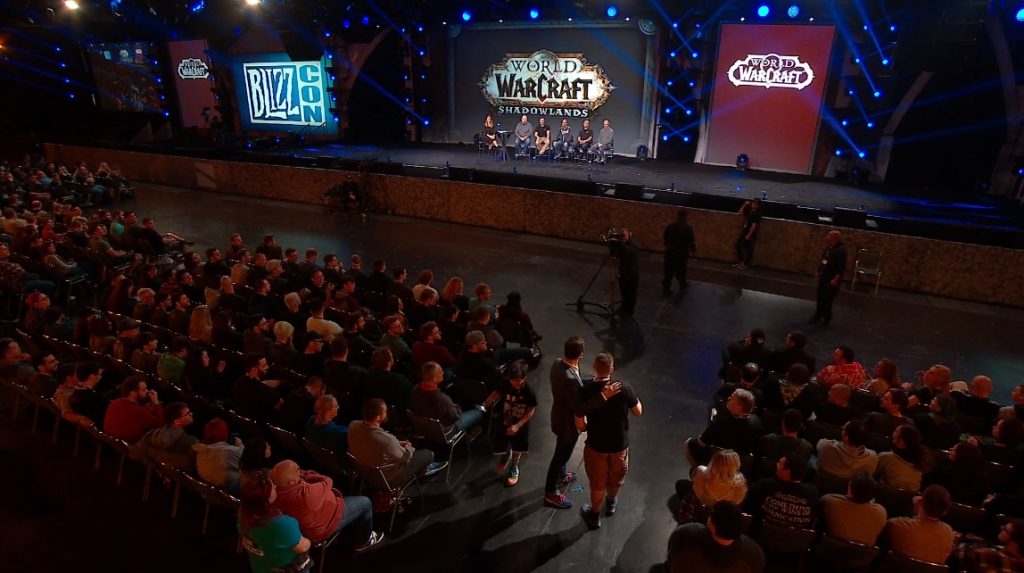 Q: Is the Jailer someone we already know?

A: As we think about an expansion, we talk about new characters; with the Jailer, we already had backstory, but we never figured anyone would think he’s an old character. We’ve not met him before now. He’s an important figure to the cosmos, but not someone we knew before.

Q: What are some of the customization options we can look forward to?

A: Try something different; we’re not going to deplete it like in Legion. We’re thinking more that the connection is weaker, so you’ll still have it, but it won’t work in the Shadowlands.

Q: What will become of Rank 4 essences for Heart of Azeroth?

A: Trying something different; they’re not going to deplete it like in Legion. We’re thinking more that the connection is weaker, so you’ll still have it, but it won’t work in the Shadowlands.

Q: What are some of the customization options we can look forward to?

A: We’re happy to do something about customization. Blood elves will have more than 40 more customizations; what we’ve shown is a small sample. We want to offer a real diversity in humans.

Q: Any more realm connections for small-to-medium servers? No exact timetable, but it’s on the table.

Q: Lore-wise, who won in Stromgarde and Darkshore?

A: Canonically, the Alliance comes out on top in both.

Q: With the faction war settling down, loosening faction restrictions?

A: It’s not happening. Hazzikostas says separation mechanically is a pillar of what makes this universe what it is. Alliance and Horde uniting and grouping together is not in the cards.

Q: Where my Burning Crusade/Wrath servers for WoW Classic?

A: Kind of a non-answer. A LOT of cheers for skipping to Wrath. Check out this audience poll for a Wrath server: 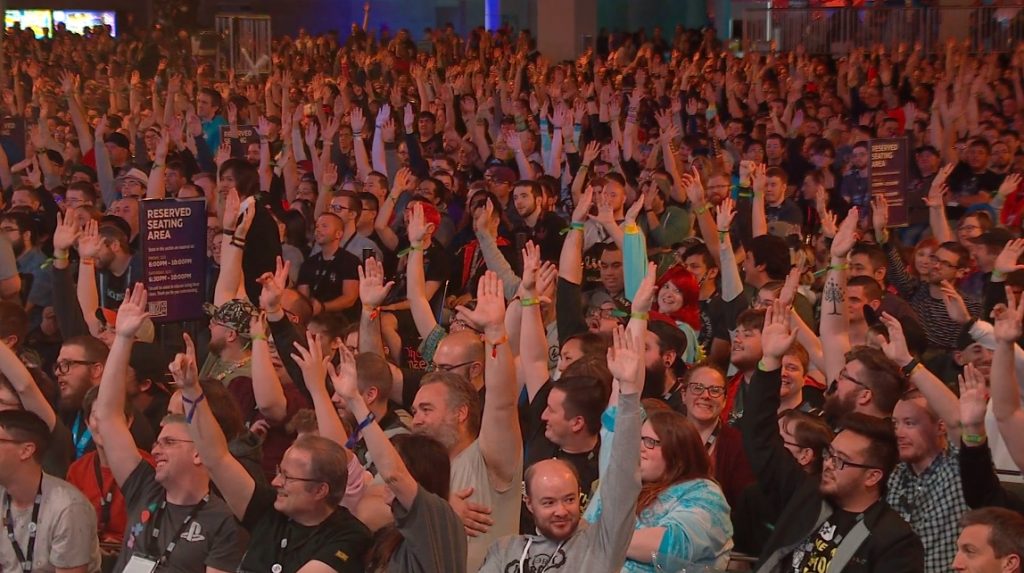 Q: Whatever happened to Alt-Draenor? Will we see Yrel again?

A: That Draenor is still out there, as we develop future expansions we keep that in our back pocket.

At this point Evitel cracks a joke asking Taliesin whether he scared off all the live questioners, and he joked back he didn’t like the look of them. Not sure what happened here. No more live questions from attendees after this point, although it looks as if there were people still standing in line.

Q: What happens when we die in the Shadowlands?

A: We want to make the experience very different from what happens in Azeroth; your spirit is not traveling away from you, so what we’ve done is create a different screen effect and paradigm. But you still just corpse run, so… okay.

Q: How much does the tower take in your gameplay?

A: Depends on the player. There’s going to be a range.

Q: Will there be a chance of playable races with fewer or more than two legs?

A: Maybe? It depends on the story they’re telling.

Q: Are tier sets coming back?

A: We have a wide range of sets being added, they’re going to get back to class themed armor at some point… but not initially. Going into more depth about tier sets, kind of waffling non-answers about how quickly people could get the tier set.

Tower of Fantasy opens up for pre-loading today, will toss so...