January marks not just the beginning of a new year for EVE Online but also the start of a new seasonal development strategy for the 16-year-old sci-fi MMO. This winter is all about PvP as EVE enters its “Fight or Flight” season, a series of updates dedicated to smashing internet spaceships to bits. It began this week with the Warhead Upgrades patch, which brings a major buff for heavy missiles, introduces the controversial new Nirvana shield implant set, and adds the time-limited Dragonaur Blitz dungeon event.

END_OF_DOCUMENT_TOKEN_TO_BE_REPLACED
Fight or Flight is the first Quadrant of the year in CCP Games‘ new seasonal release schedule, which divides each year up into four seasons that are each themed around a single idea. The seasons will group together the major monthly updates and highlight their best features that fit the theme, as well as containing temporary content and timed events to keep players engaged and presumably collect valuable data at the same time.

In this edition of EVE Evolved, I look at the latest update and speak to CCP CEO Hilmar Veigar Pétursson on what seasonal releases could mean for EVE‘s future. 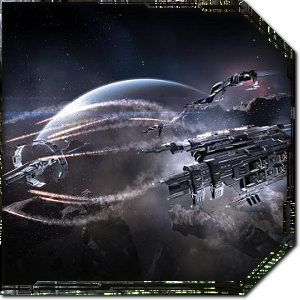 Fight or Flight and the Warhead Upgrades patch

The Fight or Flight Quadrant started just a few days ago on January 16th, and it’s off to an explosive start with the Warhead Upgrades update. This season’s theme is “PvP in EVE,” and this first update has kicked things off with a buff aimed squarely at Caldari missile ships. Heavy missiles have been increased in damage by 5% across the board, which should help make them competitive with the shorter range heavy assault missiles in PvP.

The biggest news is that CCP has released the highly anticipated Nirvana shield hitpoint implant set. Players have previously warned that this set will make passive shield tanking setups overpowered, and we thought that the set would come with a penalty to shield recharge rate or that its release would coincide with the upcoming shield module rebalance patch. Those lucky (or rich) enough to get their hands on a full high-grade set will find out for themselves how much difference it makes.

To encourage some missile-on-missile PvP action and help evaluate the changes, CCP has spawned new Dragonaur Blitz dungeon sites all throughout low-security space that can only be accessed by ships with bonuses to heavy missiles. This time-limited event will be running only until January 27th and is taking place exclusively in low-security space where players are vulnerable to PvP. This is just the first update of the Winter Quadrant too, so hopefully we can expect several more major PvP-themed patches and events over the next few months.

I sat down with CCP CEO Hilmar Veigar Pétursson toward the end of the EVE World Tour to discuss the idea of seasonal and temporary gameplay in EVE Online and how events such as last year’s Blackout and Drifter attacks have informed the development strategy going forward:

Brendan: You’ve spoken before about this idea of EVE Online one day becoming sentient. So are you thinking that the world should essentially be autonomous and react to players?

Hilmar Pétursson: Absolutely, it’s the long term vision. I mean, we have had to apply some manual intervention to get the thing going and just to collect data on where the boundaries are — The blackout, the drifters, the wormhole connections, all the things we’ve been doing. These inform us about mapping out the arena, so to speak, but ultimately the world should be evolving in a way where even we can’t predict it. We as developers should also be amazed, like, “That happened? How did that happen?!”

We saw some really cool mock ups at the Vegas keynote of potential world-changing events like a moon that’s going to explode, or the space weather concept. How would these events fit into that long-term plan?

Weather is a very good archetype of what it should be, like weather in nature. We as humans are obviously engineered to respond to that kind of chaotic pattern which is still relatable, like you know when the rain is coming. Also there are seasons, which is going into the Quadrant concept.

By breaking up the year into four parts, that allows us to create this kind of ebb and flow where people know something new is coming, it’s going to go on for that period of time, and then it’s going to fade away.

Like you did with the Blackout event that disabled the local channel in nullsec temporarily.

That is one of the learning points from when we were doing all the action over the summer. When we say now that we have an era, it has a beginning and an end, it has consistent actions within it that fit a theme, and we try it. I think we ran the Blackout a little too long, for 66 days. I think 40 days would have been would have been the perfect time.

From my perspective as a player, the first week of the Blackout was amazing. But after a while people adapted, and for many that adaptation was to stop playing.

Exactly. It was a really good experiment to understand what a good duration is, and in this case it was just too long. We added really nothing to our own knowledge about it after day 40, 66 days was too long. We would have never been able to figure that out unless we just tried, we could have sat around the table and debated to no end how long it should be.

I’ve previously argued for removing local in nullsec, but when it actually happened there were unexpected knock-on effects that I didn’t expect. Did it surprise CCP as much?

Absolutely, the conversation inside the company before and after was completely different. What happened was just not what we expected. It was just not. The fact that the zKill blackout and Dotlan was a bigger issue than the the local blackout, that was a massive element and we entirely did not fully realise it. It’s kind of obvious after the fact, and the fact that they joined in on the blackout was so amazing.

Nobody was talking about that before, and now we’re taking all these elements into ESI. How do we manage it so we’re not giving people perfect information? Now there’s a whole conversation around this obviously hugely important topic which we were just largely clueless about. 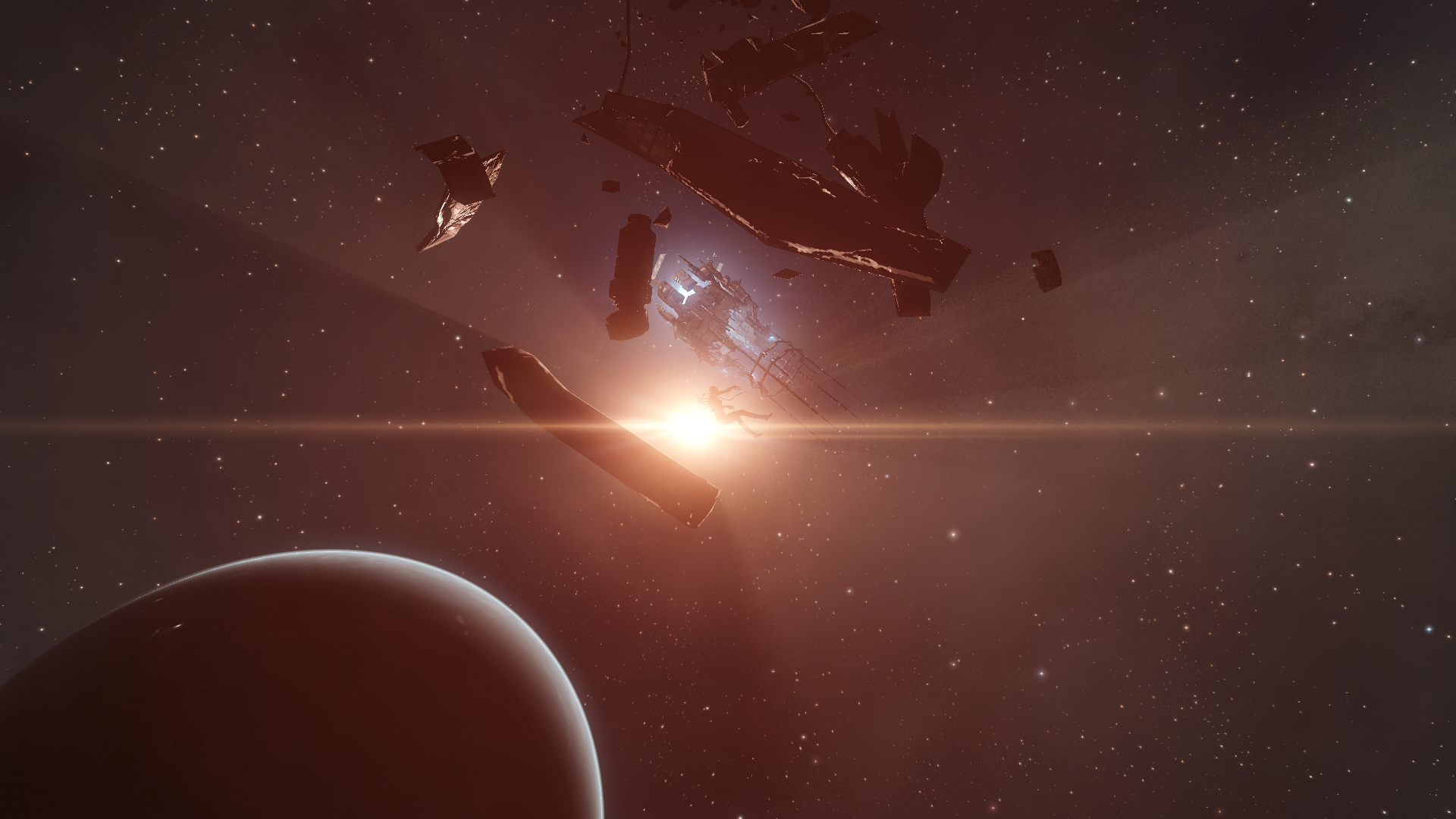 The new release cadence with the themed Quadrants should lead to more speculation, but do you think it will work out better than the smaller updates?

If you look at the patch notes, it’s like “Okay, that’s a cool thing, that’s a cool thing, and the rest is largely irrelevant.” You have to pull out the cool bits to express to people what’s going on, and by fitting them and bundling them together into a theme you have something that people can comprehend and be excited about.

The way we’ve been managing the updates, I often describe it like as if you were a sausage factory. You need to make sausages, put them in a pack, bundle them together, and here’s a pack of sausages. But we’re kind of just releasing one long sausage that has no break in it and nobody wants that. Our updates are so supply driven, what gets delivered by the dev team is just released in one long stream.

I’ve heard that a lot of the little things are still done in 20% time. So if someone’s pet project fits within an upcoming theme, is that something that core dev hours could be dedicated towards?

I think that will start to happen once we sync into the rhythm. I think once you do it a few times then everyone starts to sort of drum to the beat, so I think that will happen naturally. And that’s a little bit what the seasons in real life do. You know come Halloween there are pumpkins all over and there are pumpkins because it’s a harvest season, and we’re just programmed to sync into it.

I just know it’s going to be like that as soon as we get these going, everything in the company will start to sync into it. You don’t have to overthink it too much, it’s just starts to happen. We on the inside will know it’s this season or that season, and naturally people will just start to manage their work to hit into the theme.

As always, we’d like to thank Pétursson for his candor.