As promised, ZeniMax has just dropped a ton of info about Elder Scrolls Online’s next update during its year-end preview event stream.

END_OF_DOCUMENT_TOKEN_TO_BE_REPLACED
We knew the next DLC – the last for 2020 – had been renamed to Markarth, but now we know it’s launching November 2nd for PC, Mac, and Stadia players and November 10th PlayStation 4 and Xbox One, and that it will take players into the Reach with the Skyrim-fan-favorite Markarth zone, a new solo arena, and a storyline to bring 2020’s Dark Heart of Skyrim storyline to its conclusion. Expect all-new Reach characters, big bad Rada al-Saran, and the return of characters like Verandis, Sai Sahan, and Lyris Titanborn. Witches, vampires, and wannabe kings – it’s got it all.

Notably, the prologue questline for Markarth is live today; everyone can pop into the cash shop and pick it up for free to start the storyline that’ll lead you into the DLC. ZeniMax will also kick off a new in-game event next weeks called Lost Treasures of Skyrim. You’ll be using the antiquities system introduced with Greymoor in a community-wide event that – if successful – will result in some nice rewards for players, including a new house and houseguests.

Lost Treasures of Skyrim runs from September 23rd to October 5th, followed by the Witches Festival around Halloween, the Undaunted Celebrations over Thanksgiving, and the New Life Festival to cap off the year, and if you pick up enough event tickets throughout those festivities, you can improve your indrik mount to its final, crimson evolution.

Check out the videos and new pics below! 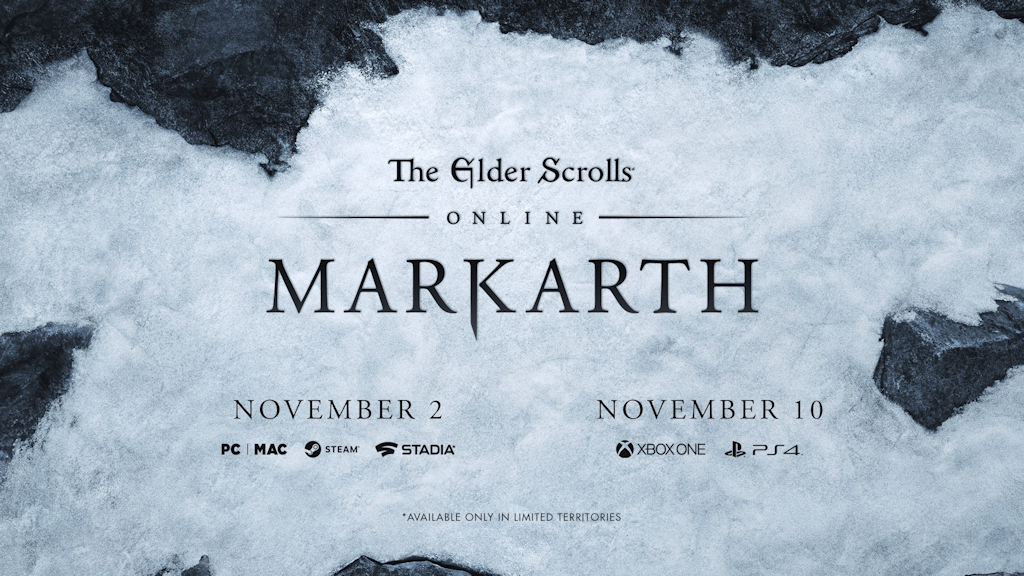 ESO is going to be my go-to MMO for Halloween! I got the Skyrim expansion last May and decided to hold off playing it until the season starts, but I’ll be in shortly for the start of the Treasures event! I’m all in for trying to get a house!

The devs messed up. It is 800 years prior to Skyrim, not after.

Would like this game to allow us to use capes.

This looks like a good time. Excited to hear from Verandis and Gwendis again.

Wait… Verandis is returning? That is huge and exciting news! I’ve been waiting a long time to find out what happened to him. Can’t wait to see him again!

I finished the prologue quests. No spoilers, but I’m a happy person now! :D

Shroud of the Avatar unveils plans to open up more gear...

Astracraft is a game of building your own vehicles and then...

Conan Exiles has a ‘promising’ fix in testing that could finally...