“End of Dragons is the third expansion for the game and will take players to the mysterious continent of Cantha, a region of the world shrouded in secrecy and intrigue for more than 200 years. On their journey, players will discover the secrets behind the mysterious substance known as dragonjade and its ability to power the unique technology of Canthan civilization. New horizontal progression options for gameplay include the addition of fishing, skiffs – multiplayer sailing vessels available for groups of five players – while the game’s first co-operative combat mount, the siege turtle, will provide new gameplay possibilities for traversal and combat with a friend. On top of nine new elite specializations that change the core gameplay of each of the game’s professions, Guild Wars 2’s defining large-scale, open world events will return throughout the game’s verdant new map areas, providing for near immense replayability. In addition to the new gameplay possibilities, a brand new story will take players on an epic adventure across the continent and introduce new characters to the Guild Wars 2 cast who will shine a light on some of the oldest enigmas around Tyria’s elder dragons.”

Prepurchase for the game is still available, of course, in three different packages. Basic buy-in is $29.99, running up to $79.99 if you want extra goodies like a character slot, cosmetic stack, and gem stack. It can be a bit hard to find on the official site, but there is also a set of collection bundles if you need End of Dragons as well as the earlier expansions, Heart of Thorns and Path of Fire; those run $49.99 to $99.99, with basically the same extras.

We’ve been dipping into the End of Dragons betas all through the fall and winter; here’s everything we’ve learned and opined about so far:

Flameseeker Chronicles: What to do first in Guild Wars 2 End of Dragons

Flameseeker Chronicles: Everything you’ve missed if you haven’t played Guild Wars 2 since Path of Fire

Flameseeker Chronicles: Everything we learned about Guild Wars 2 End of Dragons’ fishing and skiffs

Fight or Kite: How Guild Wars 2’s Harbinger, Willbender, and Virtuoso stack up in PvP 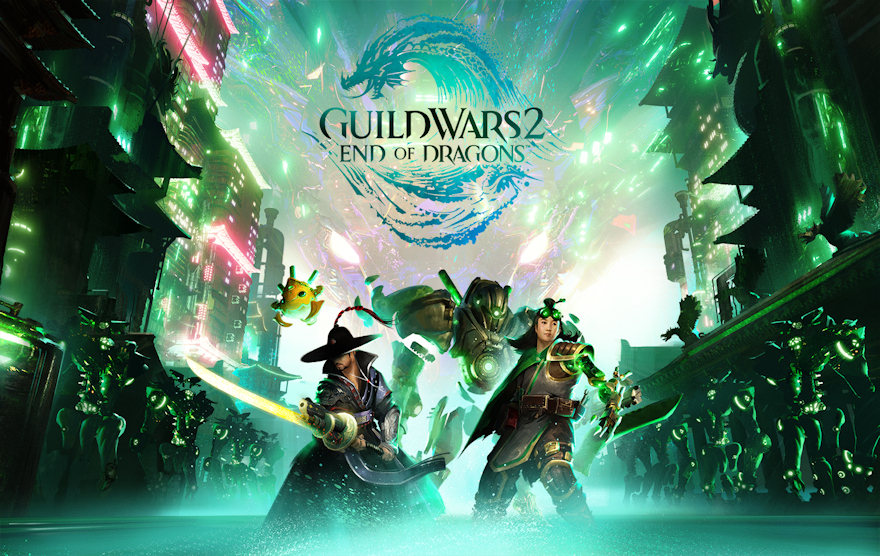