The newest entry in Blizzard’s long-running Diablo series was couched in controversy literally from the first minutes that it was announced. Now, with Diablo Immortal’s launch finally upon us, we’ll see if this MMOARPG can rise to be an on-the-go wunderkind or sink into the morass of cheap mobile tactics.

The global launch — minus some of Asia Pacific and a couple of European countries — officially goes live today with the usual assortment of Day One issues and last-minute patches, especially for the PC open beta that launches concurrently. 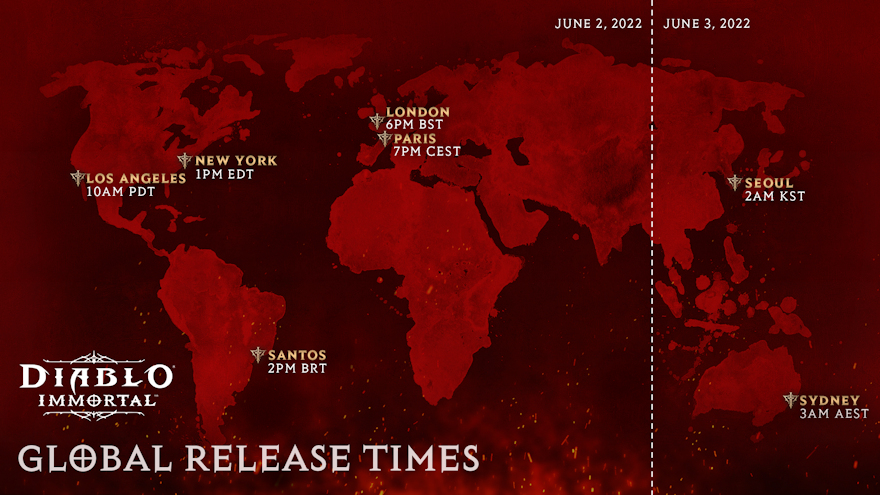 So far, the early reviews are grudgingly complimentary of Blizzard and NetEase’s efforts, saying that it looks and plays as much like a Diablo game as you could hope. However, many outlets have noted that the F2P business model is aggressive, stuffed with gobs of microtransactions and lockboxes and the like.

“NetEase and Blizzard’s mobile-first and now PC-ported Diablo game is built to obfuscate how real money transactions can influence your character’s strength, but the most dedicated players are probably going come to their conclusions soon, and it doesn’t seem like they’ll be positive,” said PC Gamer. Privacy-minded games aren’t enthused about the insertion of facial recognition tracking in the global mobile client, either; while as Bellular explains that the feature is there to satisfy Chinese regulation, that doesn’t justify their inclusion in the West.

Source: Diablo Immortal. Thanks Sarah!
Activision-Blizzard is considered a controversial gaming company owing to a long string of scandals over the last few years, including the Blitzchung boycott, mass layoffs, labor disputes, and executive pay fiasco. In 2021, the company was sued by California for fostering a work environment rife with sexual harassment and discrimination, the disastrous corporate response to which compounded Blizzard’s ongoing pipeline issues and the widespread perception that its online games are in decline. Multiple state and federal agencies are investigating the company as employees strike and call for Bobby Kotick’s resignation. As of 2022, the company is being acquired by no less than Microsoft.
Advertisement