As of the time that I’m writing this, we don’t know when the Legion pre-patch will hit World of Warcraft. I had to double-check that; these days, I’m never sure any longer. You would think that wasn’t information that could somehow slip through my notice, but with the release schedule and announcements around this expansion, it could theoretically happen. You could almost believe that it would be sandwiched in there without fanfare.

But even if we don’t know exactly what’s going to happen, we have some idea. So now it’s time to start getting ready for the pre-path, getting all of our characters primed and ready for when the patch actually hits World of Warcraft. There might not be much new content with that pre-patch, but boy will there ever be a plethora of stuff to deal with just the same. So whenever it hits, let’s get ourselves all ready to go, and we’ll start with… shopping. 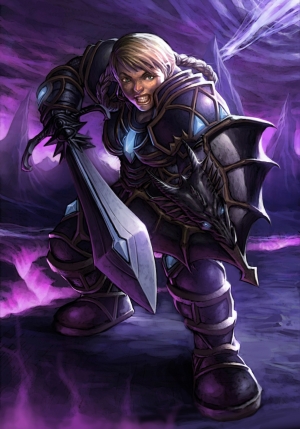 Truth be told, I am not 100% sure whether the legacy tier gear vendors in Dalaran will still be accessible in Legion. I mean, there’s no reason to expect that they won’t be there in Icecrown, just not out in the Broken Isles version of the city. Still, though, it might not be a bad idea to nip off to the city and grab the stuff that you want for future transmog purposes. Shove it in a corner of your bank somewhere, it’s all good.

While you’re at it, you may as well pick up anything else you want for transmog. Because of how the new library will work, the items in your inventory will be automatically flagged for use right away, so this’ll save you some trips buying stuff up later. There also appears to be no change to the rules about what can and cannot be used for transmog, so even the niftiest white armor is still functionally useless. Also, remember that your appearance unlocks are only for items that your class can and should equip. If you have two dozen cloth pieces in your void storage for your Rogue, that’s all going to be utterly useless.

Last but not least, you should get ready to sell all of that. Not right now, obviously, but once the appearance is unlocked you don’t need to hold on to it any longer. That might even be a reason to yank a bunch of it out of void storage, if it’s worth the money. Debatable, but possible!

Get your Demon Hunter placeholder in

If you think that no one has yet come up with the idea of naming a character “Illidaniel” yet… well, someone else has, that’s a terrible name, and you should feel bad. Summon up some dang creativity when you name your characters, people. And then use that creativity to gently drop that name onto a placeholder character, while you’re at it because odds are that early access to Demon Hunters will come along with the Legion prepatch or close on its heels.

Wrap up your legendary ring line

This one is admittedly one of those things that I think very few people need to be reminded to do. If you had an interest in this, you already did it, like, months ago. This is old news. Not a deal, etc. You knew this was coming, it’s not a surprise; it’s barely even all that noteworthy. Still, sometimes we all forget to do these things, so if you still had some vague hope of finishing the legendary ring, perhaps you should get on that before the pre-patch.

I feel kind of silly including this one because boy, it’s kind of something you’ve been told thousands of times. It’s like the warning that pops up before logging into Final Fantasy XI warning you not to forget your family, your friends, or your work; it fades into the background. (Shows what the game knows, too; I’m playing this to forget my lack of friends. Stupid game.)

Get your spec weapons (or get ready to change specs)

This is one of those things that I have seen very few people address, by contrast. But it’s going to be pretty important when the patch drops and your survival hunter expects to have a two-handed weapon for killing things. If you’re still holding a gun, you’re going to just look silly.

For a lot of classes, this isn’t something you need to think about. It’s just that some specs are going to be changing to only support a handful of weapon styles. Your two-handed Frost isn’t a thing any longer, your Fury weapons are going to be making use of Titan’s Grip, and so forth. Obviously, none of these things is an issues once you get into Legion proper and pick up the spec-appropriate artifact… but that hasn’t happened yet, has it? So it’s best to plan ahead and be ready for a change to your arsenal right away.

Obviously, you’ll have a little time to do this anyhow, but there’s no reason to put it off. If you’re still in part of a group pushing forward with raiding, it’s extra important to pick up an item you would otherwise put to one side. Get ready when the change happens.

Leave something to do

This one is, admittedly, something of a matter of personal preference. But I would recommend making sure that you still have something left to do on your mains before tha patch drops, something that you’ve been putting off or otherwise haven’t fixated on. Because it’ll be a good idea to have some daily quests to get your sea legs. If there’s a zone you haven’t wholly cleared out yet, put that off for a bit. Don’t completely render Tanaan Jungle worthless to you. Have some content left to clear through.

Why? Well, even if your class isn’t changing its primary weapon, it is changing. And that means that you’re going to have a learning curve to deal with right from the start. Instead of jumping right in with a laugh, it helps if you have an actual sense of what your character does and how the revised class plays. No, the opening bits of Legion don’t expect you to play like an expert, but they sure go more smoothly if you’ve played the class in question before and you have a sense of what your abilities all do.

Plus, y’know, the overhaul makes a lot of the classes just plain more fun to play. So that’s another advantage.

As always, feedback may be left in the comments below or mailed along to eliot@massivelyop.com. Next time around, I want to talk about why I’m still not just excited but downright hopeful for Legion — and what it might mean for the future of the game in its second decade of operation.

The Cycle plans closed beta on September 30 and previews rewards...

Fortnite might not be back on Apple’s app store for five...