END_OF_DOCUMENT_TOKEN_TO_BE_REPLACED
For some reason, this time of year always seems to be a down time in the activity of large-scale MMORPG development. Although Star Wars: The Old Republic is a bit of an exception to that rule with its new expansion coming out in about a month, there are still many people kind of standing around wondering what to do. I am not one of those people. In fact, my friends and I have done something kind of crazy: We started a new guild in what would likely be considered a very low time for the game. The crazier part is that it seems to be thriving.

We have gone from about four active members a day to about 20 or more concurrent players on a night in about a week. I’ve lost track of how many people log on in a day. I know there are bigger guilds out there, and I don’t claim to know all the secrets. However, I do think that what my friends and I have done is significant, and you might be interested in it too, especially if you’re an old-school gamer.

When I say old-school gamer, what I mean is a pre-videogame gamer. I mean tabletop gamer. During this huge lull in actual game content, we have taken this time to make our own game out of SWTOR by introducing pen-and-paper mechanics to the things we do. If roleplay in an MMORPG hasn’t interested you before, it might interest you now.

Many parallels can be drawn between Star Wars Galaxies and Star Wars: The Roleplaying Game besides the publishing hand-over, the biggest one being the skill-based leveling system. As we know, SWG eventually turned to a more linear leveling system in its second combat revamp begrudgingly called the New Game Enhancements, but SWRPG’s core skill-based mechanics received only minor changes across its three different versions.
Like the vanilla and Combat Upgrade versions of SWG, SWRPG allowed you to be pretty much whatever you wanted in the galaxy. Did you want to be a moisture farmer who wielded a sword to fight off Tusken Raiders? How about a secret Jedi with a propensity for mixology? You could pretty much be whatever you want, and there were strengths and weaknesses to whatever you wanted to do. But what I’m trying to say is that in SWRPG, unlike the PnP RPGs that would follow, the non-combat professions were just as viable and necessary as the non-combat professions.

This system was perfect for our vision for the guild. If only we had a friend who was an expert at this system…

SWRPG campaigns haven’t stopped running since the game launched in 1987. Players across the world now use internet tools to play the game online, and in comic shops and at places like DragonCon they gather in droves to play the game face to face. As it happens, I know one of the players who has done this for a very long time — a couple of decades, in fact. In game, she is known as Ophelia. And I’ve wanted to be a part of the fun she was creating in SWTOR for a long time, but for one reason or another, we haven’t been able to connect there — until now.

The two of us gathered a few more key figures around us: people we trusted and knew would encourage roleplay. Then we rolled a new guild. I happened to have a guild with a capital ship that was almost completely unlocked and decorations coming out of my ears. Although I wouldn’t say that we are rich, we do have enough credits to keep things interesting and enough roleplay expertise to write an encyclopedia’s worth of stories and guides. 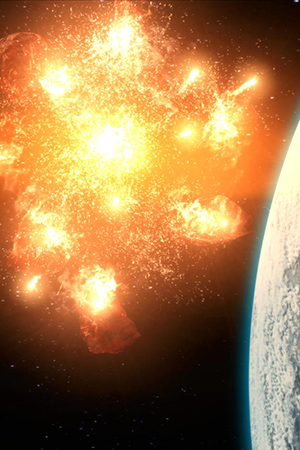 My intention isn’t to self-promote here (although I would love it if you joined us!). I do want to encourage you to take a chance at this kind of gameplay, in SWTOR or elsewhere. It’s interesting to use an MMORPG as a venue to explore your own creativity. I don’t believe that people should completely abandon the given mechanics in the MMORPG — raiding and PvP are fun — but sometimes stepping outside the box keeps stale or stalled games fresh.

Although SWTOR doesn’t have the most creative toolbox, it’s enough to get started. On top of that, it has the population to allow for what we roleplay GMs call “critical mass.” There is always someone doing something. When you drop below the level of always seeing someone else online doing something that you want to do, apathy starts to set in. Currently, we have a number of people online all the time, and it keeps people interested in what we are doing so that when we do tackle something big and epic, then we have the people around to pull it off.

For some groups, the critical mass could be as low as five, but more often than not, critical mass will be achieved about the time you see 10 or more players online consistently. For us, we reached our critical mass at about 50 accounts.

Of course, everything isn’t about numbers. We have to keep players interested by holding regular events and allowing them to feel that their characters are growing.

I have a lot more to say about how I play MMOs outside the box, but I would like to hear your thoughts on what I’ve mentioned or let me know what you think of using pen-and-paper mechanics in an MMORPG. If you have any questions, you can always post them in the comments, and Ophelia gave me permission to have you contact her via Discord if you have any specific questions about our guild: Ophelia#0310. Thank you, and I hope to read about your MMO adventures in the comments.