I usually like to bury my opinion behind a bit of measured fact-checking and the weight of opposing opinions, but Elder Scrolls Online hit all the right buttons for me with its new housing system. I have to sing its praises right now. Based on what I’ve seen on the public test server, Homestead will give us exactly what we are looking for in an MMO housing system.

Here comes the measured part: We won’t really know exactly how the system will work in action until it hits live servers. Crafting and the horrid vendor system in ESO will likely make finding specific housing items unnecessarily difficult, but it’s possible that it could be balanced by the crafting system and the Crown Store.

Despite some of the unknowns, I do really like what I’ve seen so far, and I’d like to give you my first impression of the Elder Scrolls Online housing system. 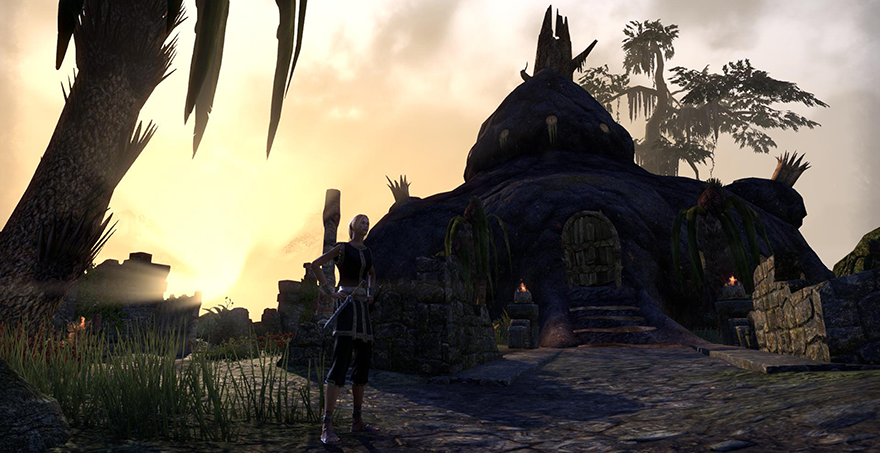 Housing systems in MMORPGs have been a mixed bag. Everyone in Lord of the Rings Online‘s neighborhoods pretty much hates them, whereas many veteran players of Star Wars Galaxies fondly remember just about everything to do with that housing system, save for the sea of houses surround all the major cities.

ZeniMax marries some of the best parts of some of the former housing systems but allows for enough shortcuts to please those who aren’t interior designers. I’ll explain the specifics of the mechanics in just a bit, but I will start by saying they are robust. Star Wars Galaxies fans will be jealous. However, if you’re not much of a decorator, you’re not going to be overwhelmed by the number of choices or the controls for decorating your home in ESO.

For the decorating novices, there are multiple controls and shortcuts that will allow you to create a decent looking home, literally in seconds in certain cases. ZeniMax took the time to create a default decorative layout for every one of its houses. Under the purchasing options, players will be able to buy a pre-decorated version of any house they would like. Unfortunately, the downside is that it is Crowns-only, which means that it will cost real-life money to buy a pre-decorated house. However, the basic decorating tools offset that slightly.

Purchasing a house is its own little process that I will talk about in a bit, but if you do end up getting a house with in-game gold and not Crowns, the decorating tools themselves are extremely intuitive and even beginners should be able to make an interesting and functional home. 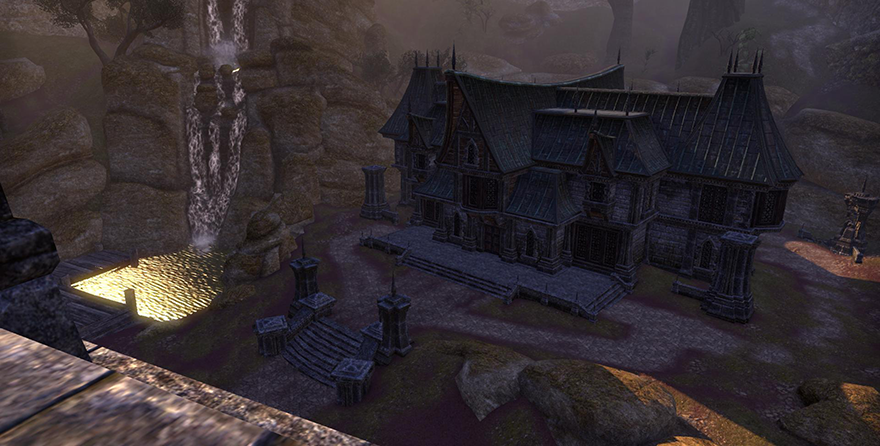 All the decorations are stored in an account-bound bank. You can pull items from this bank any time you like as you’re decorating and regardless of which character you’re on. When standing in your house, you can enter decorating mode. This will allow you to pull items from your bank and place them in your house, pre-decorated or not. When you place an item in your house, it defaults to the basic controls which will align the object to the ground where your cursor sits. And also by default, items will stick to existing surfaces, and you can easily align them to new surfaces by right-clicking at any point before placing it with a left click.

For those who are interested in deeper, more complicated decorating, you can turn off surface drag and free-form place an item were you like, even floating in the middle of the air. In surface drag mode or in cursor mode, you can change the pitch, yaw, and rotation of an object. While in surface drag mode, there are six buttons with corresponding colors to go along with the direction of the rotation. In cursor mode, you simply drag the object itself along one of the corresponding colored lines. A scroll back with your mouse wheel will bring the object toward you, and push forward will move it away. There is no way to change the actual size of the object, but that’s not a bad thing from my perspective because that always seemed more gimmicky than practical in games like WildStar.

The housing items themselves ranged from bread and beets to beds and statues. Many objects that you think should have some sort of toggle actually do. Campfires, fireplaces, and candles can actually be lit or blown out and most of the chairs and benches have an indicator that pops up allowing you to sit on them. Imagine that: actual functioning items in personal player housing. 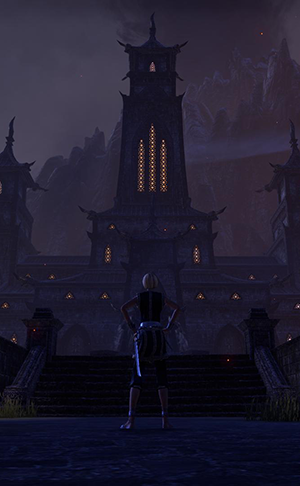 The houses themselves also blow my mind, and it’s not the biggest ones that I find to be the best. But there are big ones. You can own an island or a giant underground cave, both of which can be bought only with Crowns. However, I think the first one that people are going to go gaga over is the Ebonheart Chateau. It’s a mansion at the base of the volcano near Ebonheart. It radiates with an energy of a haunted castle. The pointed spikes on the roof are supplemented by the constant wave of volcanic ash, giving the whole place a very gothic feel.

I’m also a fan of the Gardner House, which sits directly in the town of Waycrest. This is likely the one I will call home when this update launches. It blends in with a rest of Waycrest surrounded by neighbors who are only an arm’s length away from any given window. But the location has to be the best part. It feels like a mansion in the middle of a city, and I like it.

In the next few days, I plan on livestreaming a bit of the Homestead system to who you how it works and some of the best and worst parts of the system, but you can try it for yourself if you are subscribed to ESO Plus. The entire Homestead update is currently on the PTS. This is really something you should try for yourself.