Undoubtedly, our world is poorer in this post-City of Heroes era for the lack of pun-inspired superhero names that used to run, fly, and jump rampant through this game. Maybe NCsoft realized that the world as a whole was about to hit a pun shortage and pulled the plug on CoH before it could drain us of that precious resource.

In any case, BigAngry submitted this museum-quality screenshot as a reminder of the days when the name could make or break a hero: “In the waning days before the fall of City of Heroes, I took video of all my characters using their powers, so I took a screencap of the video of Soviet Summoner, who was a Demon Summoning/Trick Arrow Mastermind. Her demons, IIRC, were named after Russian cities, with the big demon named Chernobyl, of course! God I miss that game.” 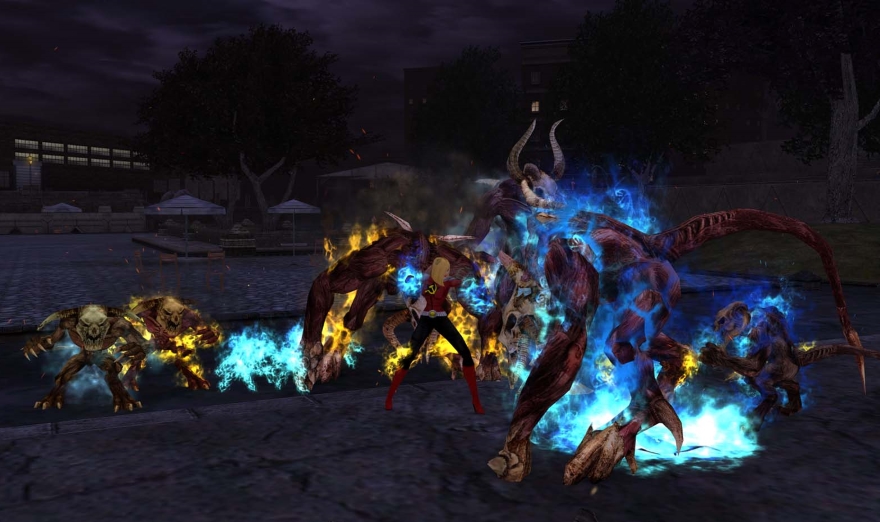 Once in a while we get screenshots where the person submitting them does not specify the game featured. And while that isn’t usually an issue, in this particular shot, I have no idea what’s being shown.

Maybe Caelium will surface to enlighten us: “Yaturi faced down evil and attempted to separate it from it’s host… results were varying but no matter the success or failure, he is always up to try and try again (and again..and again..) Early game story tropes be damned.” 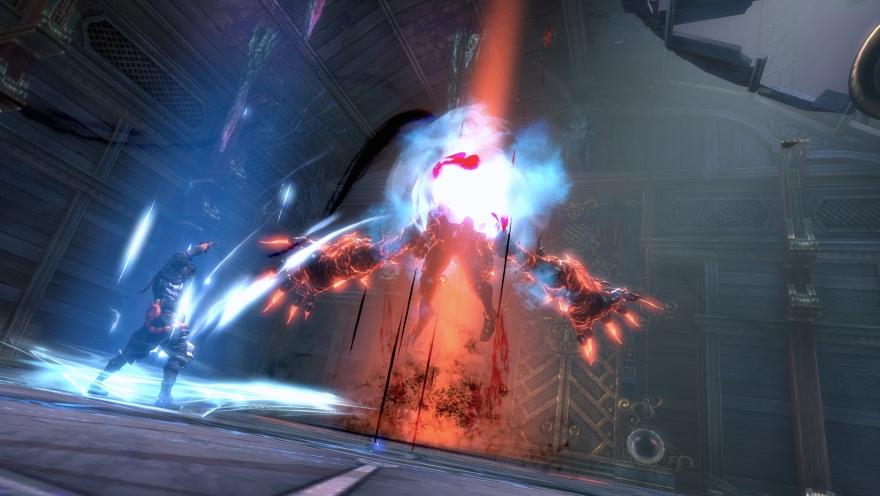 While we do see a flood of Final Fantasy XIV screenshots in this column — and deservedly so, as that game is gorgeous — I can’t recall too many from its older MMO sibling.

Yrys sent us in this cheeky shot of a “certain inquisitive puppetmaster NPC” hanging out in Final Fantasy XI. So when did you get your start in the Peeping Tom lifestyle? Final Fantasy made me do it, your honor. 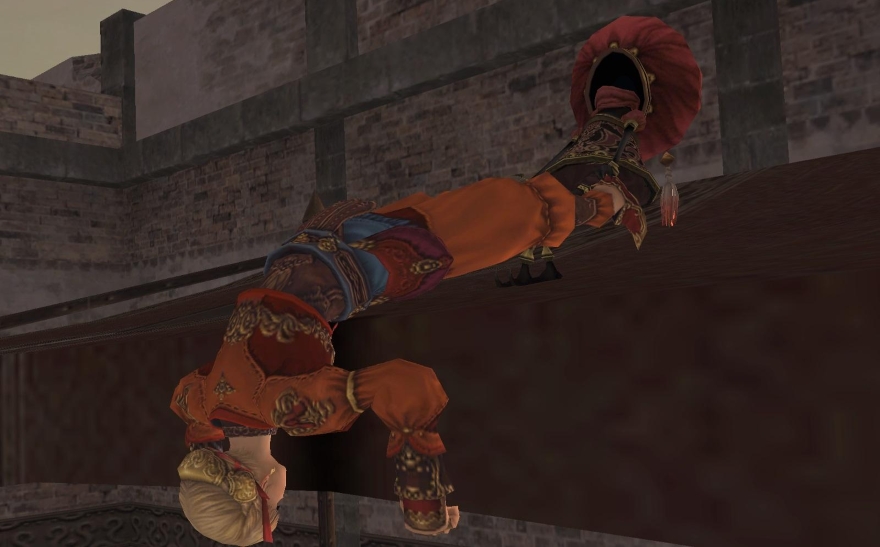 “This is a picture of my Warborn in ArcheAge,” said Toy Clown, “which is a half-demon / half-human race. I found their lore and beginning story to be awesome. But alas, my foray into ArcheAge didn’t last long that time around, but I sure enjoyed the new race story!” 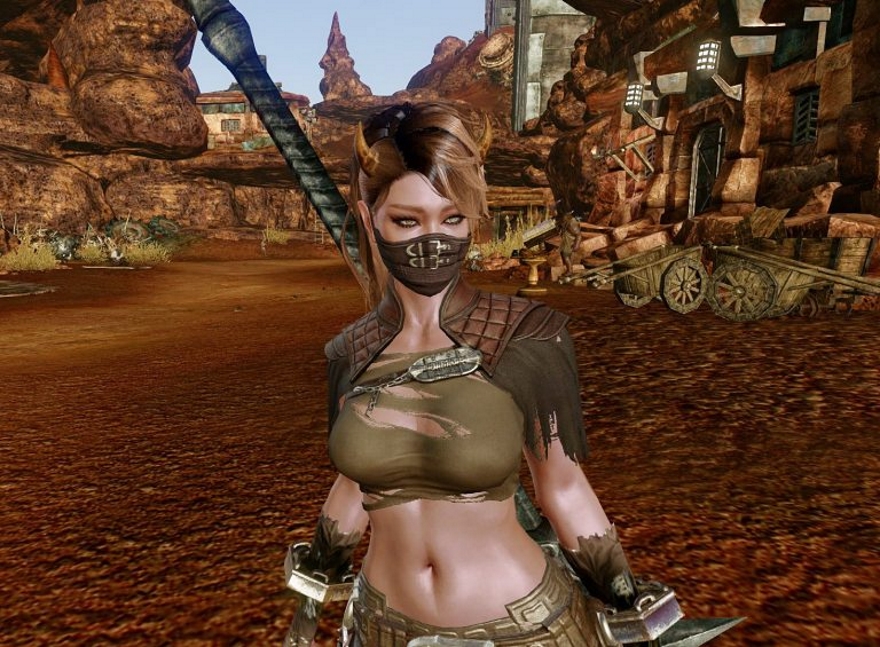 And as an interesting first for this column, we have a video submission! Powell took a ride through the new Lord of the Rings Online update and wanted us along for the journey.

“Dale is pretty enough, but I miss the lovely blood ponds of Agarnaith already. Here’s a ridethrough vid:”

Be brave, stalwart adventurers, for this week I’m going to ask you to get right up in the faces of your enemies and take point-blank pictures of their mugs. Can you do it and survive?

Speaking of getting right up in the face of your enemies…I remember this one time, when the tank go too close and the boss wasn’t having it:

You keep making me all nostalgic for CoX, dangit!

No screenshots right now that work so well but so many good times with the Mastermind class in CoV. Using emotes some robot MM player had his robots sing the 12 days of Christmas in their chat bubbles was an awesome thing to experience though.

My favorite MM was my robots/traps one whose bots were named after appliances so the battle drones were Toaster, Blender, and Cuisinart; the Protector Bots were Washing Machine and Dryer, and of course the Assault Bot was Refrigerator.

My wife took screenshots of her characters before she logged out for the last time. I decided against doing it for mine. I guess I just felt it would be painful. I’m hoping one or more of the successors can bring the same warm fuzzies I got from CoH.

Alright. So in the spirit of better late than never, here is my contribution for this week.

Up close and personal pics of enemies? Oh sure. Easy peasy. You see, I have a Blade Master in Blade & Soul and it is, by definition, in your face.

Check out Baliey styling by carrying her poggle and portable lilypad while slashing a giant elephant mob.

What happens next? Ivory bookends.

BigAngry, you rock! Much love – Ara

Maybe it’s the influence of original Star Trek re-runs on my childhood, but I’m rather big on turning enemies into allies in my games.

Somewhere in the following pics, you will see:

a) My main Star Trek Online captain with his Xindi-Reptilian security chief. Note also the Klingon security officer in the background. Note also-also that my redshirts wear body armor when on duty. I prefer peace, but I know that many will not. :-)

b) My preferred alt (second main?) in STO and his Orion intelligence officer.

c) My Sith Jedi Guardian is Star Wars: The Old Republic. Her father is one of my Empire Sith characters, whom I play as a noble, tragic figure (he’s almost Shakespearean). He wished to turn to the Light Side, but felt himself too steeped in blood to be redeemed. His daughter found the path on her own– even her belt-buckle proclaims for the Republic! :-)

Unrelated to the topic, but I was flipping through my ESO screenshots and I noticed this landscape change before and after quest turn-in, which I somehow managed to miss at the time.

Whoops, sorry about that Justin! That was from Blade & Soul!

In Lord of the Rings Online, I’m finally singing and dancing my way through a concert tour of Moria. Considering how much grousing I’ve heard about the expansion over the years, I’m surprised to discover that I’m really loving it…so much to explore and accomplish! Not that I’ll be sad once I’m out in the sunlight again, but it does feel like a complete experience.

Moria is great. I had to kind of chuckle when it first came out and people complained that it was too long, dark, and dangerous – exactly as Tolkien described. But iconic places like The Water Works, and places from the book like the Bridge of Khazad-dum really blew my mind.

About that video…first, the good (for a change): The new zones in LotRO look great! The bad: It’s a shame the game is so poorly optimized as that video clearly shows–the constant stuttering and hitching is down right shameful. The game is nearly 11 years old, it should run better. And I’m not a fan of the music, I felt like I was in an elevator.