Nobody wants to think that a favourite MMO is losing popularity, but with EVE Online now being over 15 years old, it’s a possibility that is never far from players’ minds. Even after CCP Games stopped releasing firm subscription figures, players still track the daily concurrent player trends and analyse the monthly economic report data following major updates and expansions. Some of those players have recently raised red flags over a significant decline in activity metrics, but there are so many factors in play that there are more than a few theories out there about what’s going on.

END_OF_DOCUMENT_TOKEN_TO_BE_REPLACED
In the middle of July, the EVE Online devs took the risky move of blacking out the local communication channel in null-security space. We said at the time that it would lead to anarchy across the game (which may be a good thing), and CCP confirmed that it was just the first step in a new “chaos era” for EVE. Now that we have a full month of data from August, players are growing concerned that the chaos may actually be driving people away.

Of course, as with anything in EVE Online, the reality isn’t quite so straightforward.

In this edition of EVE Evolved, I look at some of the numbers that have players concerned, the shakeup from the Blackout, and the possible effect of botting on activity numbers. 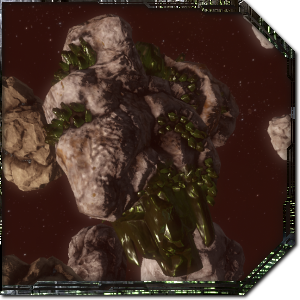 We sure do love our graphs

Here’s how it all started. EVE analyst @noizygamer put together some interesting graphs based on PvE activity in nullsec across various regions, showing a drop of over 1 million NPCs killed per day across nullsec between July and August. There was a significant increase in PvE activity in highsec at the same time, but this was likely caused by an event that rewarded players with skill points for killing NPCs each day. Comparing this to data from previous years shows that there’s usually a slump of PvE activity in nullsec in August, but it’s not normally this severe. The PvP figures were increased slightly in nullsec, with a much higher increase seen in highsec.

Player Ripard Teg of Jester’s Trek has produced graphs of the rolling averages of daily active users for EVE over the past several months, which clearly show a recent decline. Two upticks in activity were seen corresponding to login reward events, but a sharp decline was seen briefly mid-July in the first few days of the nullsec blackout. A more recent downward trend has been seen, with 66% of that being in the Australian time zone. Ripard Teg suggests that this is due to a drop in the Chinese players logging in in large numbers. 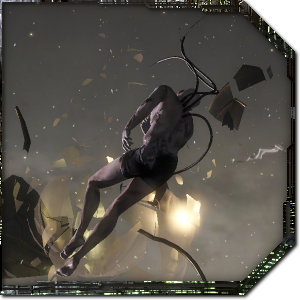 The figures seem to suggest that activity in EVE is in a slump right now, but that’s not the whole story. The blackout had a devastating affect on players running botting software that relied on the local chat channel to see hostiles incoming. The sharp decline for several days after Blackout is likely just evidence of people shutting down their bots until they could figure out how to adapt to the changes, and bots may be responsible for another trend: the shift in activity from nullsec PvE to highsec.

Some of that shift is definitely nullsec citizens being unable to consistently farm without the local channel intel they once had, and switching to running incursions or Abyssal Deadspace in highsec. Players have also noted that there’s been a significant increase in the number of bots in high-security space running missions and other forms of PvE.

It’s likely that some botters moved from nullsec to highsec to avoid being killed and just accepted the lower income rate as a tradeoff, while others decided it wasn’t worth it as being in highsec makes them more likely to be discovered and reported. CCP’s Security team also dropped a major ban wave of 4,369 bot accounts and 2,454 RMT-related accounts in August, which muddies the waters significantly. I wouldn’t be surprised if the drop in Australian timezone (accounting for 66% of the overall decrease) was mostly bots hiding in that low-activity time-zone to counteract the effects of the Blackout.

The timing of these concerns from players isn’t coincidental: EVE always gets a drop in activity over the summer and recovers in September, sometimes earlier depending on expansion release dates. A major bot ban wave hitting just at the lowest activity point in the year and following the end of a major login reward event is kind of a perfect storm of factors to make a month-to-month activity drop like this happen on paper.

I would also expect that many players have been drawn away from EVE temporarily by WoW Classic, which is starting to see a gradual slowdown in daily activity. I’ll admit that even I have been spending some of my EVE time in WoW Classic lately, an effect Wilhelm of The Ancient Gaming Noob mentioned as well in his recent blog post on EVE‘s popularity crisis.

The next few months will be crucial to figuring out where the trend will go for EVE Online. Will activity recover in September as it usually does? Will the bots find a new niche or stay away from the game for good? Is EVE‘s new Chaos Era actually helping the game or hurting activity in the long term, and have players been adversely affected by things like the Triglavian invasions and Blackout? I think it’s still too early to tell, but we’ll be keeping a close eye on how things develop.