Last week’s screenshot challenge to share pictures of older MMOs that still check out (visually, I mean) resulted in a small avalanche of Lord of the Rings Online pics. It seems like there’s still a lot of love for the vistas of this 12-year-old game!

“With LOTRO’s older zones, you sometimes feel as if you can count polys just by looking at a screen shot. But man can this game tell stories with those handfulls of polys,” said Michael 18. “Here I am at the shores of river Anduin after leaving Lothlórien.” 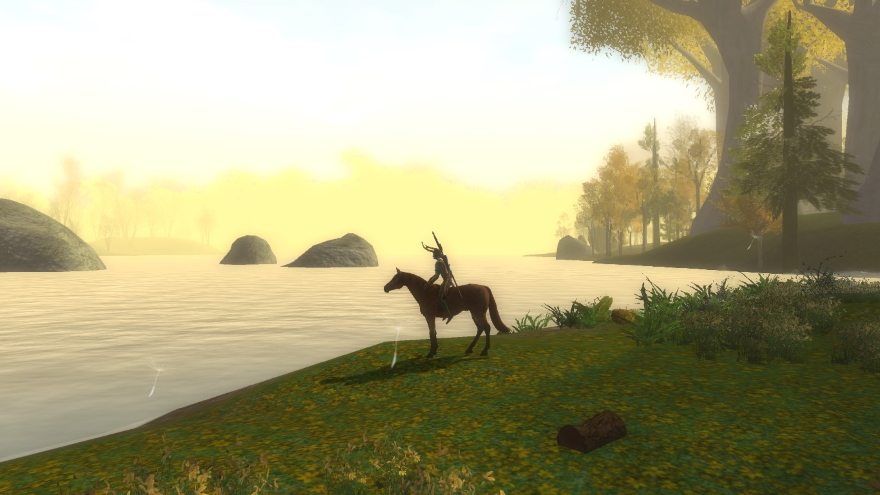 Hirku got a rare bird’s eye view of one zone with this one: “I’m super late posting but I just now got the opportunity to capture a nice shot of LOTRO’s Lake Evendim from the top of this big guy’s head.” 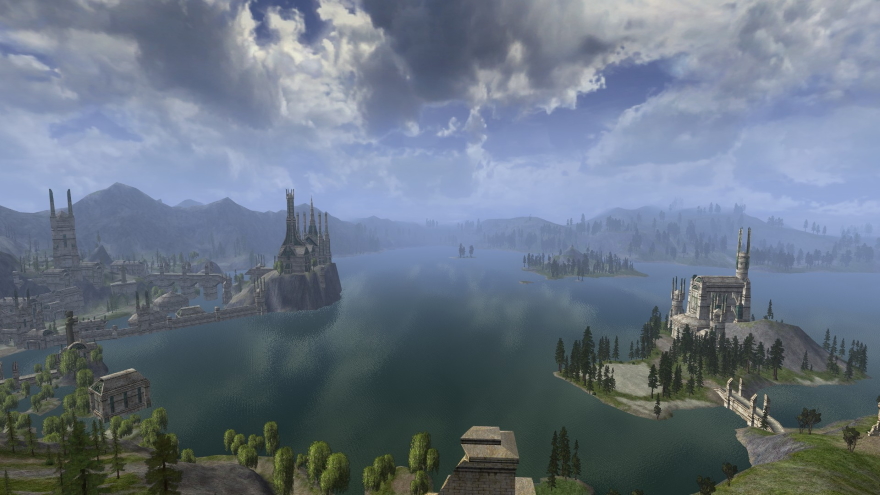 And then there was Katriana, who has this to say: “LOTRO regularly makes me stop and stare at how lovely the view is from some vantage points. The textures may be a bit dated when viewed close up in some cases, but it can still do wide vistas that take the breath away better than many games out there. The view below is of the Falathorn Homesteads in Ered Luin viewed from one of the platforms in Duillond.” 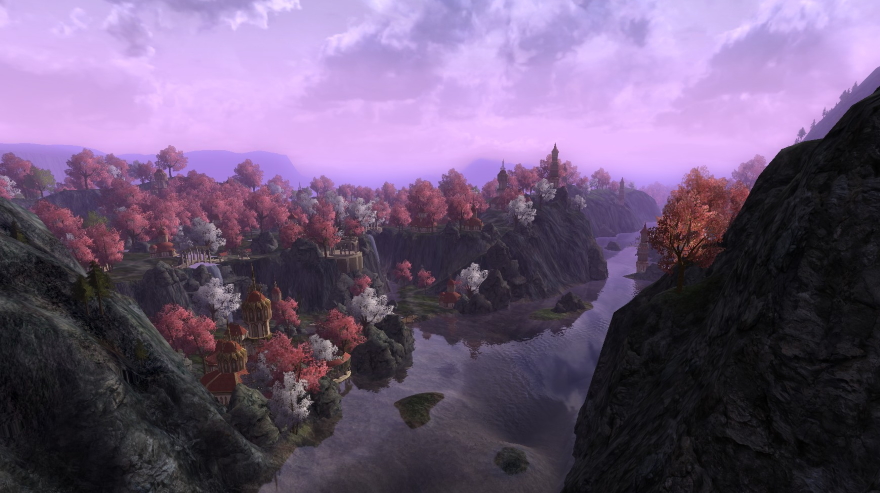 OK, OK, enough of Middle-earth. How about a trip to Blade and Soul, courtesy of Rafael?

“This MMO was released in 2012 and still graphically holds up with the best of them,” he said. “But that doesn’t mean it isn’t due for an engine update if the game is going to continue. It’s not the ‘pretty.’ It is the performance in large groups that needs improvement. The Unreal Engine 4 engine overhaul is in process and I can’t wait to see it live.” 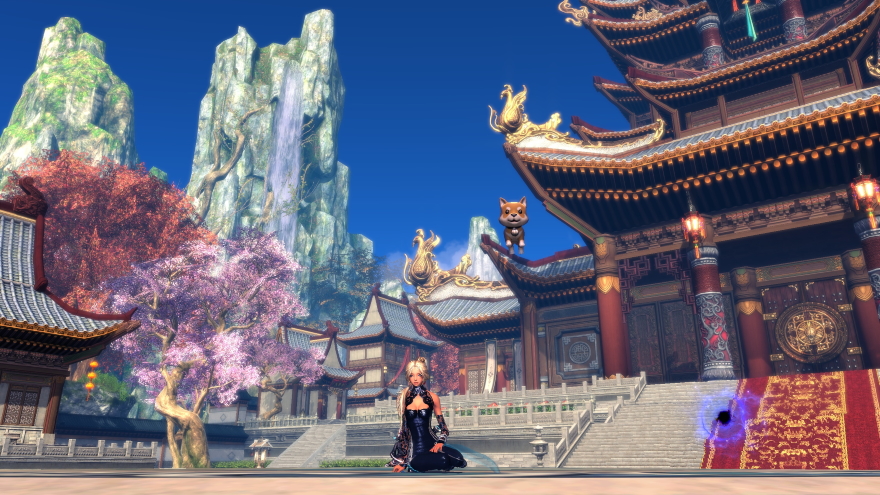 “Here’s a shot from DCUO, when the stars are aligned it can look quite pretty,” Michael18 shared. I agree — although I’m always a sucker for neon and anything that reminds me of the 1980s. Bo staff! Donatello! 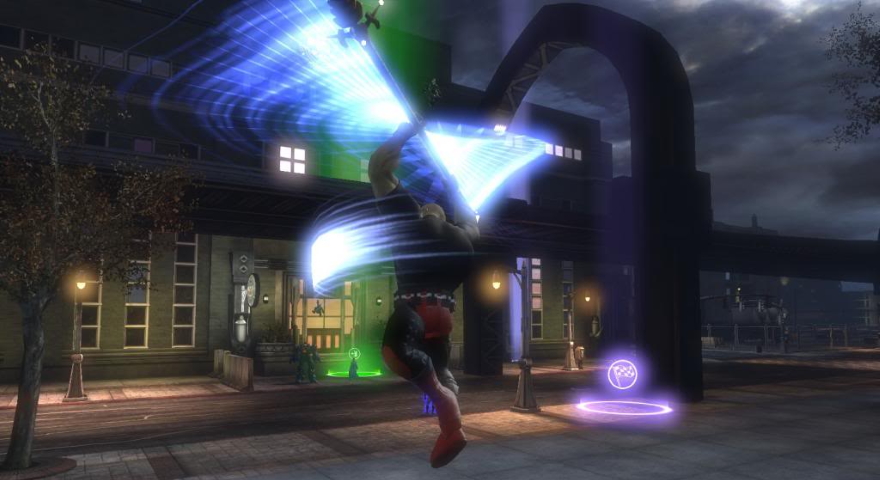 And here’s a bonus one from JonBuck, who is getting into the Halloween spirit early in FFXIV.

“Not really part of the challenge, but I wanted to share. Was doing a Praetorium roulette run the other night, and then this happened.” 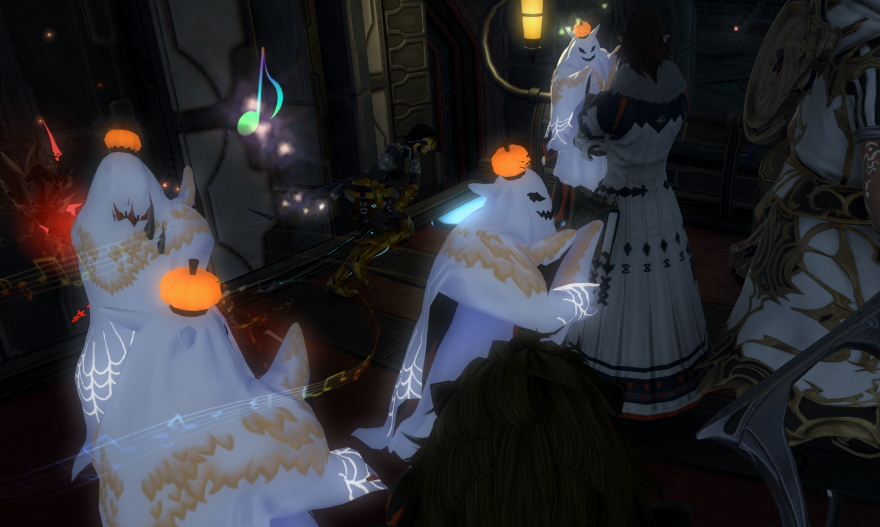 MMORPGs make a big deal out of creating expansive and massive visual spaces, but for me, I’m all about intimate settings. For this week’s screenshot challenge, share a picture of a “cozy place” in your MMO — or heck, share whatever you like!

ESO may just be the most visually stunning MMORPG behind Black Desert Online.

As for the challenge, he’s my main’s FC apartment.

Here’s another screenshot from that Praetorium run, as well as a couple of my Hrothgar.

I just noticed while playing Star Trek Online today that, during the most-recent game maintenance, the developers swapped in black Starfleet banners on the side of the Deep Space Nine space station which houses Quark’s bar.

The banners are, no doubt, meant to honor actor Aron Eisenberg — who played Quark’s nephew Nog on DS9 — as the actor recently passed away far too young after a lifetime of serious kidney-related health issues.

The banners seem to exist to honor both Eisenberg and the in-universe character he portrayed — a classy, subtle tribute by the developers, in my opinion.

Lol! Well done. Yehara’s is the Best Western of the BnS world. And I love that outfit. I remember grinding for it by killing that giant Golden Diva. Heh. Good times.

Thanks for the spotlight, Justin. :)

Nice. Thanks for the shout out for last week! Screencaps are always fun.

And this week is no different. I’m going with anti-cozy though just to be contrarian. Heh.

So it’s back to fashion-conscious Haliee, my gunner in BnS, this week. Given the action in the following cap you would think she would be worried about taking an “L” for losing. But from her perspective, since her pistols matched her bathing suit so nicely, she had already won.

…speaking of which, the pigtails wanted to speak with you over at the B&S hideout, but you seem to be unresponsive, even with the rare times you’ve been on. They will keep trying though. :)

Oh really? Sorry about that. Sometimes I get busy with work and tab out. But I’m around. Send me a mail in-game if I’m not responding. But I will be on the lookout for you.

The forge in Goldshire is normally a cozy place for low-level characters to craft. Then Stiches attacked…

*Pigtails want to remark on coming in from a hard days journey, only to face a pair of naked animated dead ass cheeks at the end of it…but they decided not to*

There are so many places in MMOs that can offer a cozy place to rest and relax. I might show them off in a bit, but for now…

What’s cozier than an ancient forge built by unknown masters in the heart of a volcano, that just happens to be surrounded by undead servants?

Thanks for including my shot in the LOTRO collection. In a game full of cozy places, Tom Bombadil’s house was a memorable one for me because of the frustrating maze I had to navigate to get there. It was a genuine relief to see Tom skipping about and be greeted with that joyous theme when I entered.

My friends and I had a similar reaction, back in the day — the maze was a right pain in the arse, but getting to meet Tom and Goldberry was very cool.