Wolcen: Lords of Mayhem isn’t a game whose development I followed super closely, but I’d seen it on Steam aways back and thought it looked interesting enough to add to my wishlist. Once it released in February, some positive buzz was enough to convince me to pick it up sooner rather than later. And while Wolcen isn’t likely to revolutionize the ARPG genre any time soon, I’m definitely glad I grabbed it. It’s been a good ride so far.

First the bad news: Wolcen is, in many ways, very generic. If you’ve spent any amount of time playing ARPGs, nothing about this game is going to surprise you. From the gritty setting to the rains of color-coded loot, it’s all very familiar.

But I’m largely OK with that. Originality is nice to have, but it’s not essential. Nothing about Wolcen feels all that new, but the graphics are gorgeous, the combat is visceral and satisfying, and it just feels good to play.

The main way Wolcen seeks to set itself apart from the pack is its intricate build system, which seems to be trying to combine the best parts of both Diablo III and Path of Exile‘s systems. I would say it has been mostly successful in that goal.

Maximum depth and freedom is clearly a goal in this game. There’s no classes, and anyone can learn any passive or active skill. The only real restriction is that all active skills require you to have appropriate weapons equipped, but thanks to dual-wielding even that isn’t so much of a restriction. 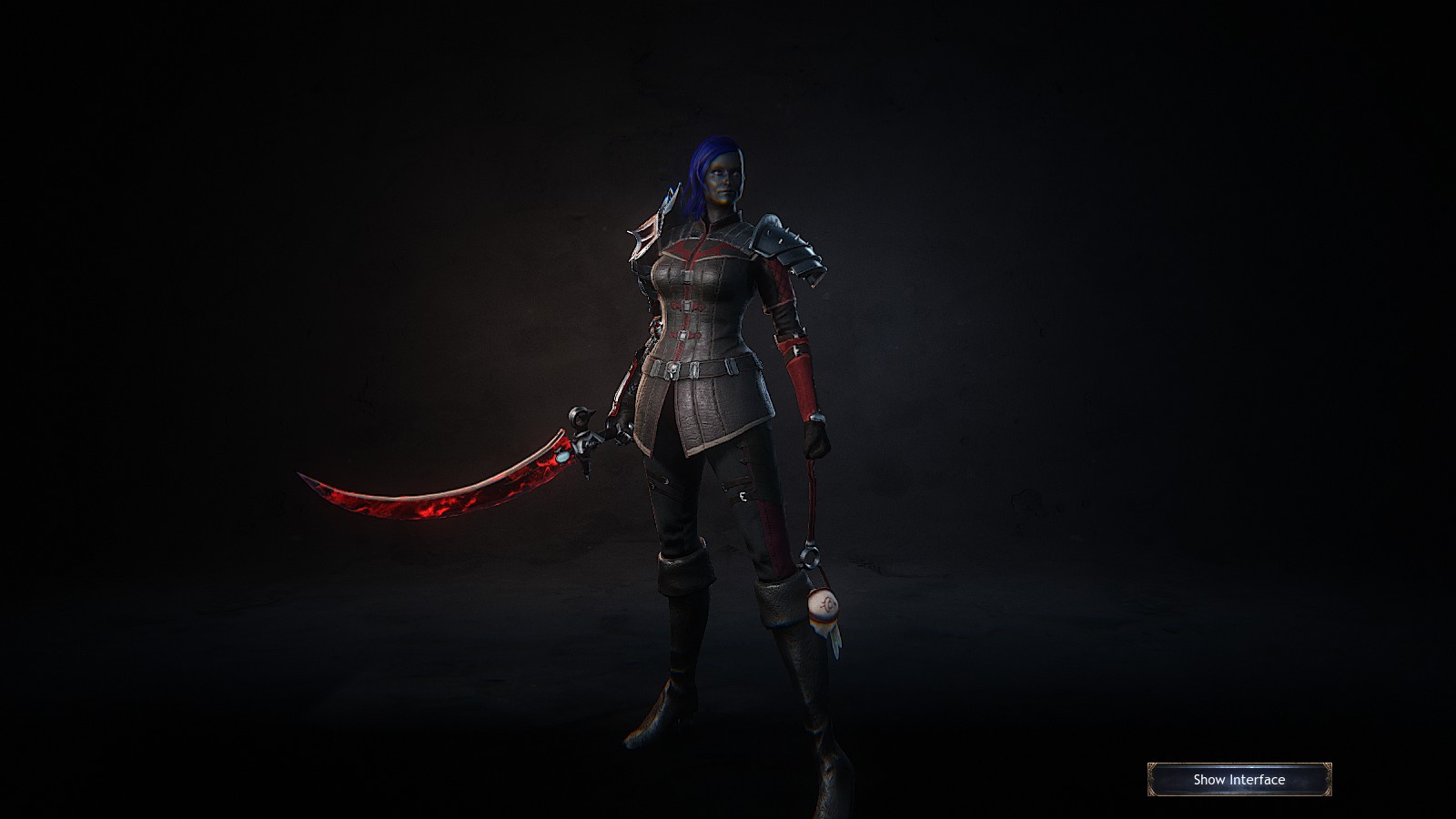 However, there are some nice twists that make this version of the idea a little more appealing to me. One is that the “tree” is actually arranged in concentric rings, and you can spin the rings around to customize the path you take through the tree, which adds a whole other layer of strategy. Additionally, it doesn’t take too long to unlock more interesting and game-changing passives, so it’s not all bland stat buffs.

The real upside, though, is that the rest of the build system is a lot more interesting. Something I really like is that active skills level up as you use them, and as they level up, you gain access to a system of passive tweaks and enhancements to each skill. This is very similar to Diablo III‘s rune system, but with way more depth. I really like it; it feels like a great way to make your skills your own.

Now, basic weapon attacks also restore the associated resource (a staff will generate willpower with basic attacks, while a sword will generate rage), so if you want to focus on just one type of skill and its associated resource, you can, but if you want to mix magical and physical skills, you end up with this really neat symbiosis between your skills, as each type fuels the other. As someone who loves mixing physical and magical abilities in any game that allows it, I really enjoy this playstyle. It makes combat flow really well.

Wolcen has some other interesting ideas, too. As in many RPGs, you can spend points to increase your core stats when you level up, but the core stats in this aren’t necessarily tied to one type of skill the way they normally are. It’s not like you need to stack intellect if you’re a caster. Instead, all the core stats in Wolcen are basically what would be secondary stats in another game — things like attack speed and crit chance — so you can stack any skill you want with any kind of build. You can be a mage that stacks agility, or a tanky bruiser based on wisdom. It makes spending stats feel like a genuine choice in a way it almost never is in games. Again, I really like this. 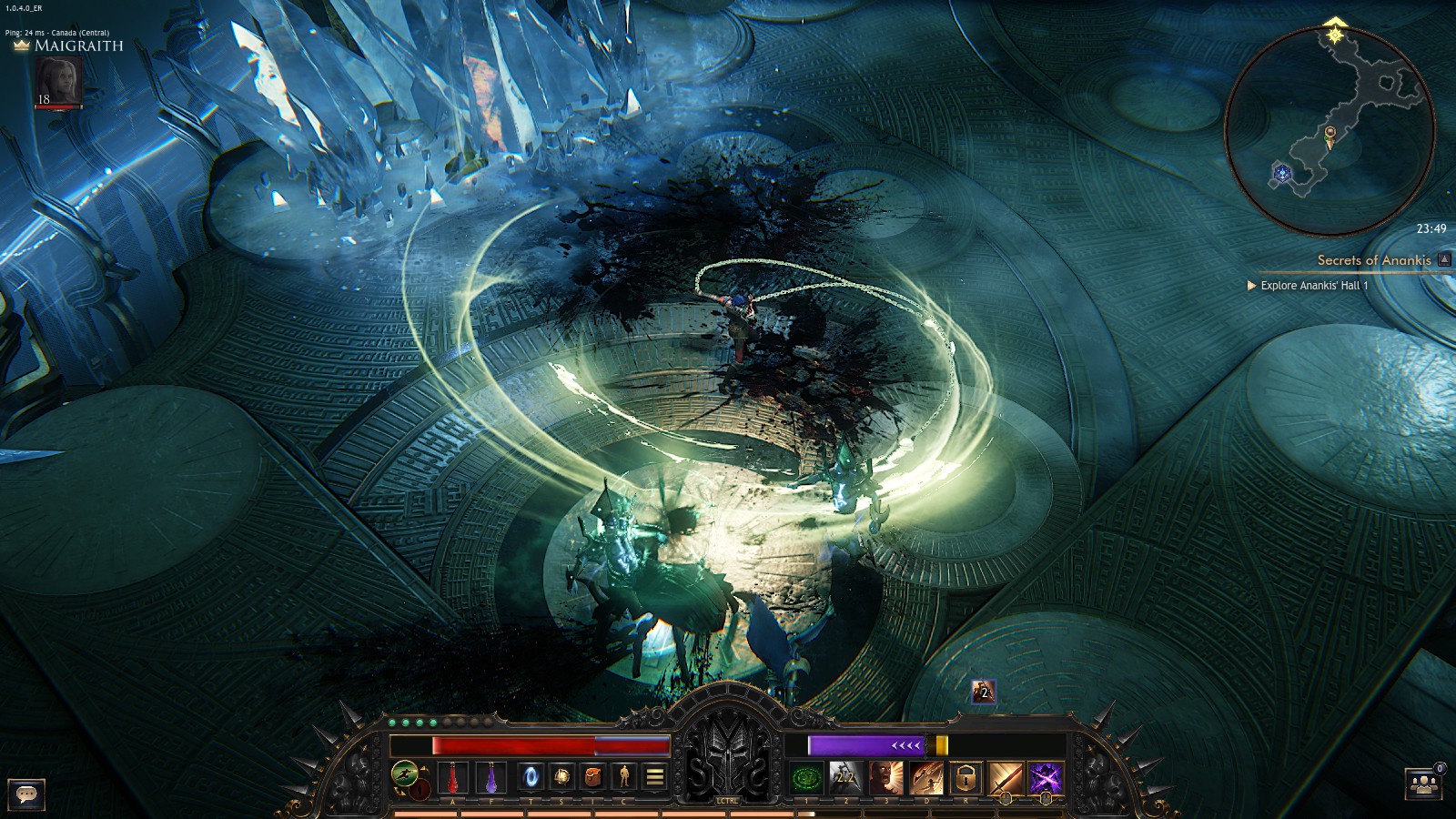 Something I have more mixed feelings on is how this game handles damage types. I always find it frustrating in games when I’m encouraged to focus on just one damage type, like fire. Aesthetically, I find it makes a character feel lifeless when all their abilities are the same color and the same theme. I like the idea of specializing, but I prefer a theme build that incorporates a few different flavors of attack. A positive example would be my wizard’s Tal Rasha’s build in Diablo III, which encourages her to cycle through all four wizard elements.

Wolcen attempts to add flexibility to this idea by lumping damage types into three broad categories: material, elemental, and occult. You can fully specialize in fire damage if you want, but you can just as easily branch out and have an elemental build that also uses ice and lightning.

Really great idea, but I don’t think the game capitalizes on it enough. Most skills have an upgrade to change their damage type, but only just the one, and sometimes it’s from the same category (like changing fire to lightning). This can limit your skill choices a fair bit; it’s frustrating to have a spell whose mechanics you love but whose damage type doesn’t fit into your theme build.

That said, a lot of this issue stems from the fact there are so many fun and cool skills in this game that there’s too many I don’t want to give up, and that’s kind of a good problem to have.

The one final complaint to level against the build system is that there have been some balance issues – notably, pet builds were initially underpowered to the point of being utterly unusable even for the most casual of players – but the developers seem to be moving quickly to address the most severe of these problems.

That’s a lot of text about the build system. The bottom line is that it’s not perfect, but it has some good ideas, and the pros easily outweigh the cons. 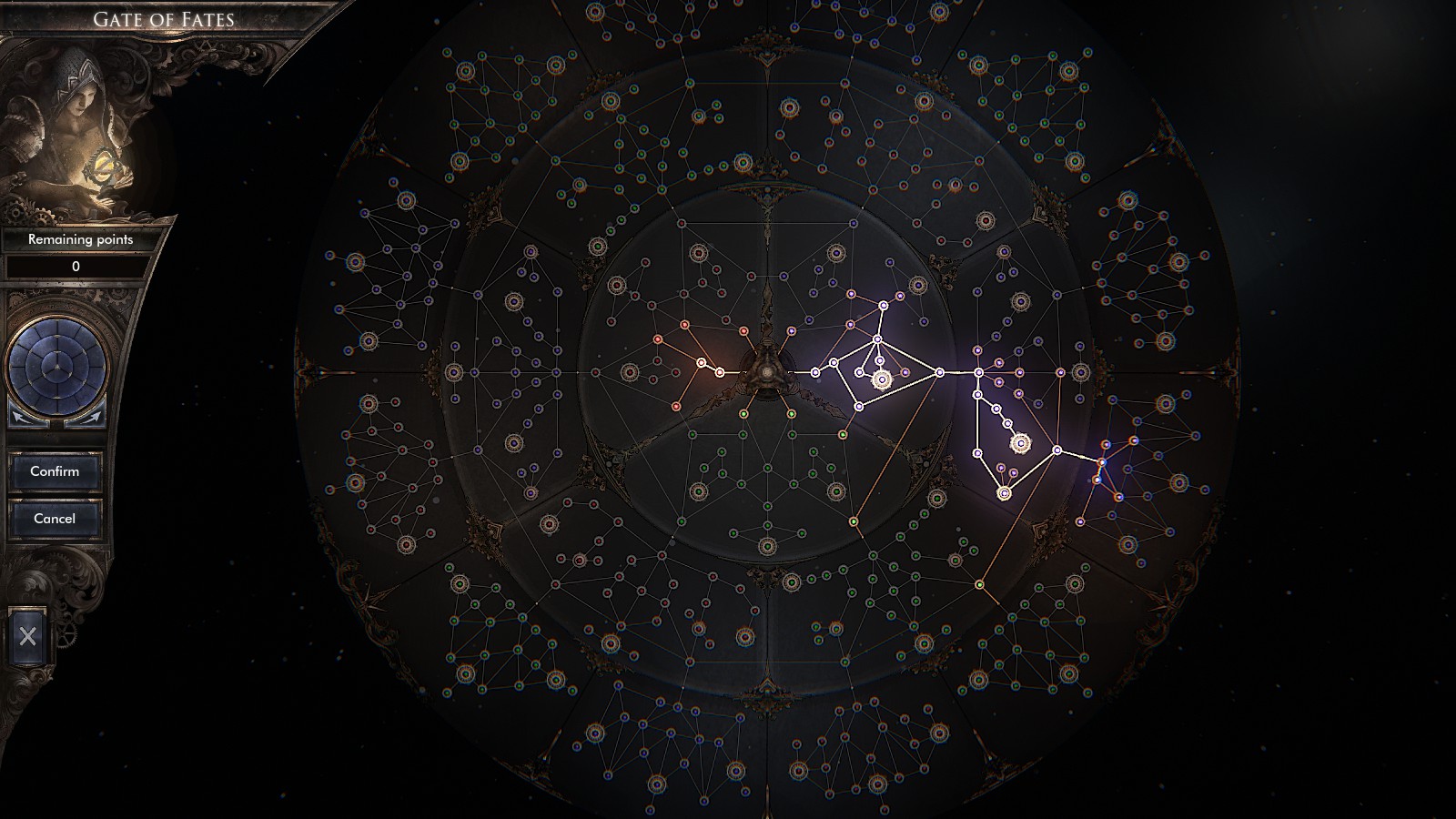 That could just as well describe Wolcen as a whole. Not perfect, but easily more good than bad.

The story, like a lot of the game, is unoriginal but competently executed. If I was younger or less experienced as a gamer, I would probably be a lot more impressed; it’s really quite good, but it just feels like a story I’ve already seen many times before.

I will say that they put a lot of effort into the world-building. The amount of flavor text in this game is staggering, and while the concepts of the world are not especially original, the developers have made an impressive effort at fleshing things out and adding detail.

As mentioned above, the graphics are stunning, and the game’s pro-customization philosophy spills over to the visuals as well. The character creation screen is a lot more robust than the average ARPG, though still pretty shallow compared to most MMORPGs. There’s also a pretty strong transmog and dye system, though its gold cost is pretty steep, especially for a low level character.

And it just feels good to play.

Wolcen isn’t going to redefine any genres, but if you enjoy ARPGs, it’s definitely worth your time.

Perfect Ten: An MMO sunset tour for 2022 to date