Just because the career possibilities are limited for monsters with gigantism who have rage issues doesn’t mean that they don’t have feelings. Passions. A desire… to dance?

That’s how Minimalistway is interpreting this World of Warcraft screenshot: “The Abyssal Maw sounds so dreadful, but the place is so beautiful! Look at this faceless one dancing, it’s almost a disco, just need more laser and lights.” 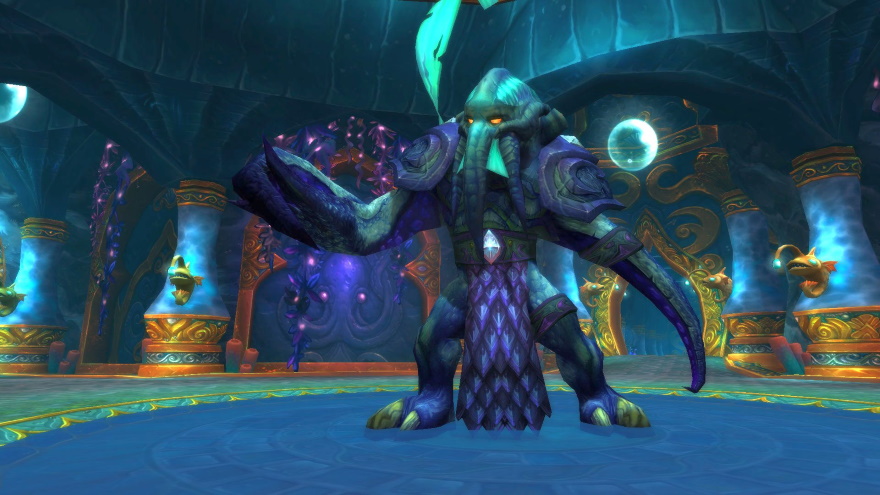 “I finally went to work on the well-worn House of Light uniform in Guild Wars 2 this week,” announced Hikari. “It’s an outfit we try to replicate in as many games as possible.”

With that much white, you better avoid fighting in the dirt. Them stains, they hard to get out in an era before Tide. 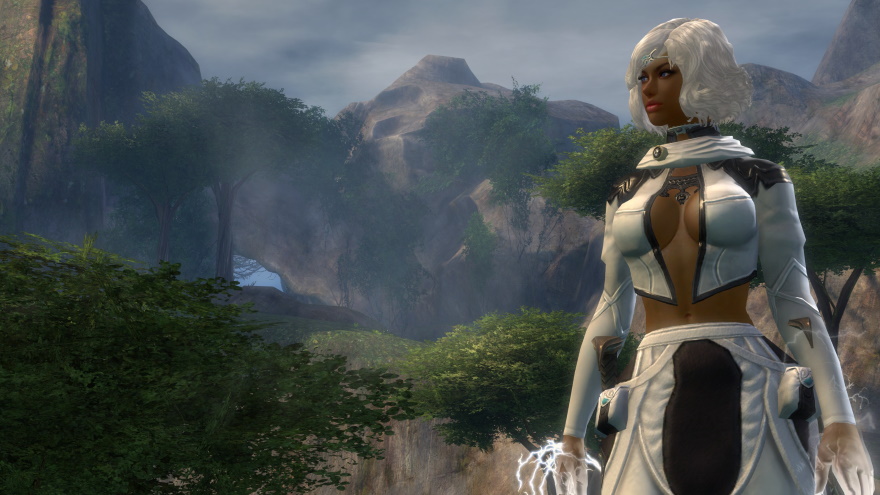 Miol gave us this Guild Wars 2 commercial: “Looking for a palace? Don’t know what to do with all your gold, you’re hoarding like a cliché of a dragon? Then Vabbi Emporium might have just the right one for you! We got red palaces, green palaces, blue palaces! Sure, some are infested with purple crystal dragon minions or the palace’s former undead landlords! But for the prices we’re offering them, you’ll certainly be able to afford some adventurers (ahem.. murderhobos) to do some clean up! So come on down to Vabbi Emporium, the only place where gold sinks aren’t a scam!” 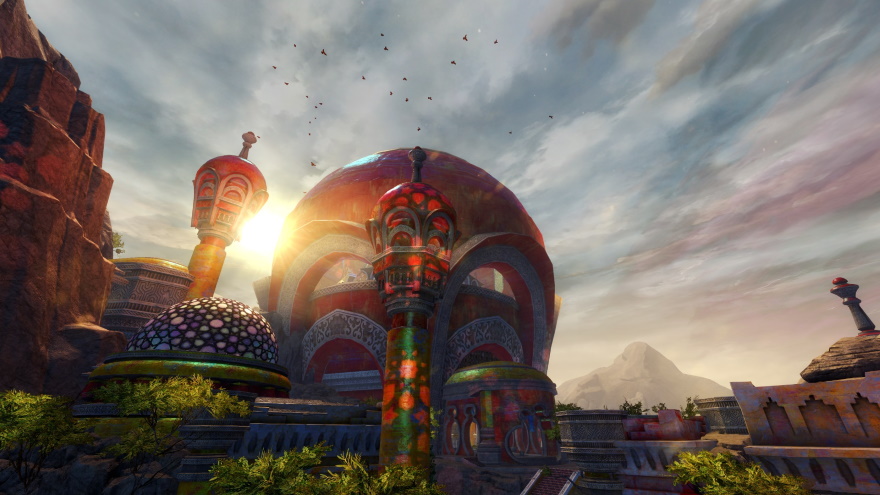 Don’t cross Utakata in Blade and Soul. If you do, chances are you’ll end up as a casualty strewn across some dungeon floor while a short adventurer wipes away a spot of blood on her outfit and carves another notch on her weapon. 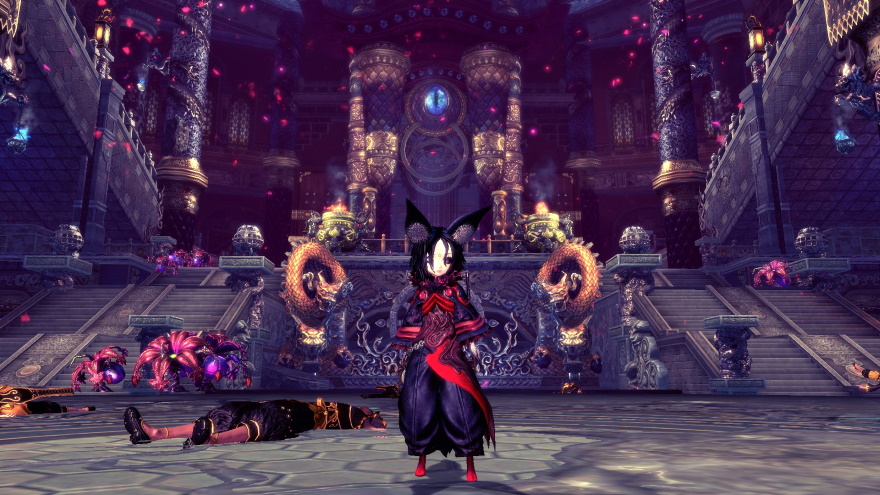 And since we were somewhat lacking in submissions last week (cue the Stare of Guilt deep into your soul), I’ll have to subject you to one of my own screenshots for our last entry. Here’s a view out the front door of World of Warcraft Classic, looking upon the Troll and Orc starting area… and a huge journey ahead. 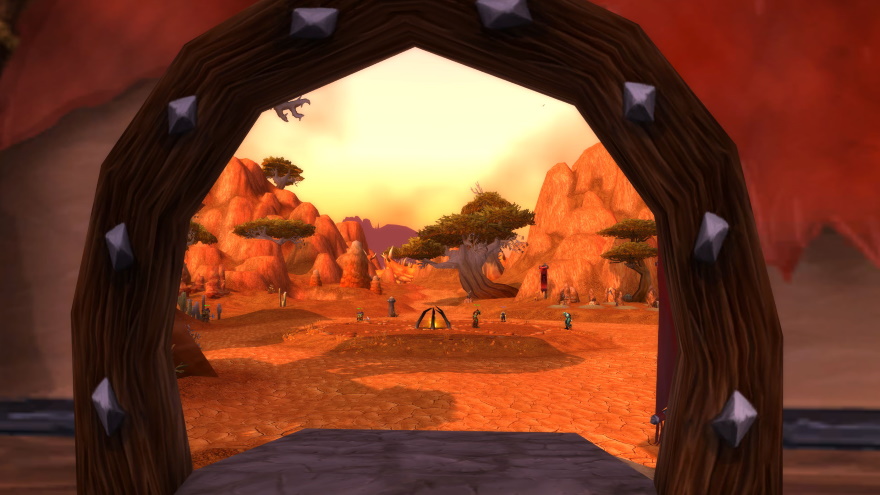 It’s Hallow’s End in WoW, i disguised myself as undead Abomination and started throwing stink bombs in Undercity.

Just a few shots of serenity around the Jade Forest, Pandaria, my favorite WoW expansion. I’m rather excited to start my journey with a shaman. Some very good changes for the class came along as we are saying good bye to BfA.

Disco Abyssal is probably my favorite screenie here in a while. Thanks, Minimalistway!

This week — one of the game features that Champions Online does very well is its Hideout system.

Hideouts are really nice semi-customizable personal bases (housing) for your superheroes, and every character gets one.

You can invite your friends in, and you can even designate a base as your supergroup’s HQ.

Here’s my main in Champions Online just hanging out in his personal … moonbase.

I wanted to try Champions Online for some time now, always busy with other games, i should try it before this year’s end.

Clearly, Justin needs an education in the greatest superpower ever.

Rocking down to electric avenue…

And then we’ll take you higher …

Revisiting Guild Wars 2 for the first time in years I’m reminded how everything in that game is an objective or an activity or otherwise Something To Do. Even just looking at things.

Guild Wars 2 seems to have evolved quite a bit since launch!

This past week was all about Resistance Weapons, the Southern Front and Skysteel Tools…I’m a bit worn out.

Do you rename your character each time you fanta?

Nah. Stick with Skyfoot for all of them. I did change it once to Dusky Tonka, but that was more as a joke than anything else :)

Sometimes, it’s hard being the hero, Vincent. Hang in there! :-)