While players of Destiny 2 are perhaps still ogling some freshly found story hints, there’s other things for fans to point their eyeballs at. Specifically, a calendar of events and a new video, both of which are all about the coming arrival of Beyond Light.

END_OF_DOCUMENT_TOKEN_TO_BE_REPLACED

The ViDoc (which is my personal front-runner for dumbest videogame-related portmanteau) talks up the story of the new expansion, promising that players will learn the true nature of the game’s Darkness (plus more of Zavala disagreeing with doing literally anything), along with the arrival of the mysterious pyramid ships, and the return of the Stranger. The video also offers several peeks of the Europa location, a look at the new Stasis powers and how they can be modified, a showcase of several new exotic weapons and armor, a look at the New Light starting experience, and the upcoming Season of the Hunt.

Speaking of upcoming season content, the calendar of events offers hard dates for all that’s coming: the seasonal artifact, Glassway dungeon, Empire Hunts, and Europa open up on November 10th; adept weapons arrive to the Trials on November 13th; the seasonal mission and Wrathborn Hunts begin on November 17th; and the raid opens on November 21st. The calendar also offers up dates for the first Iron Banner of the new season and confirms the release date of the holiday Dawning event. You can get a full look at the calendar by clicking the image below and take in the ViDoc as well. 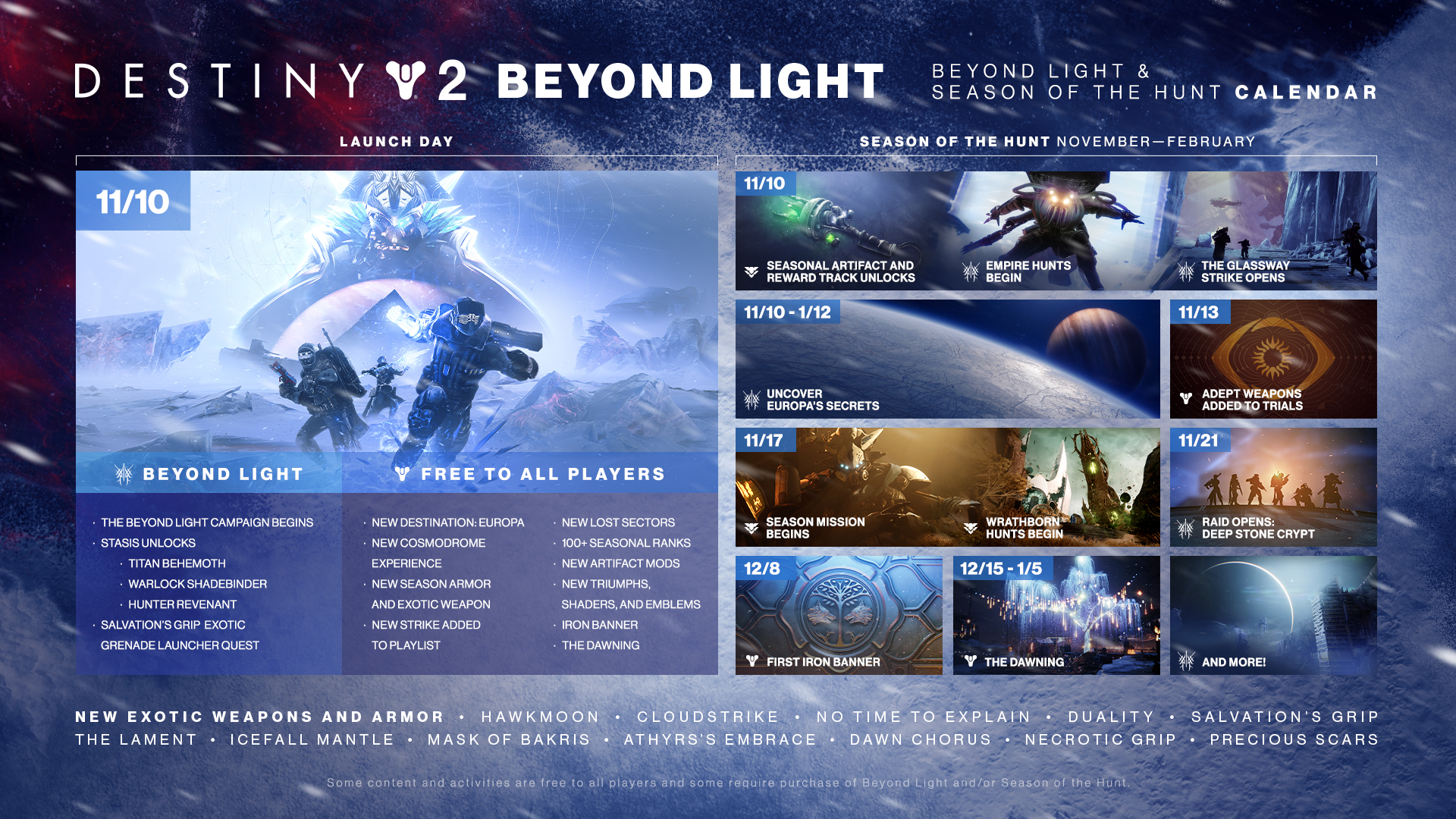