Part of being a starship captain in Star Trek Online is making shrewd decisions that outwit enemies. Part is being a momma or papa to a squirrely crew. Part is looking amazing in a uniform. And part is getting smacked around by the local fauna when you visit a planet.

Hikari is getting the literal smack-down from a Yeti: “I don’t care if this is a Mugato preserve, this Gumato better stop invading my personal space!” 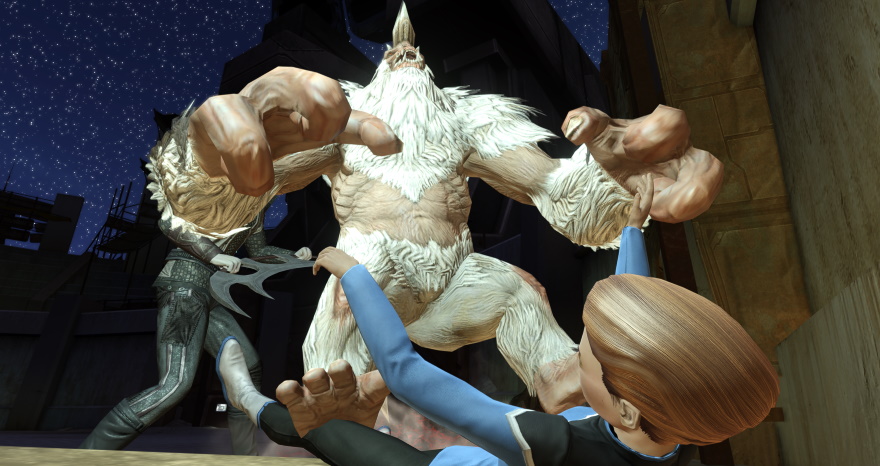 Can an MMO screenshot give you a sugar overload? Vincent’s latest snapshot from Final Fantasy XIV is so colorful and sweet that it’s hard not to feel your teeth decay by viewing it. Don’t say I didn’t warn you! 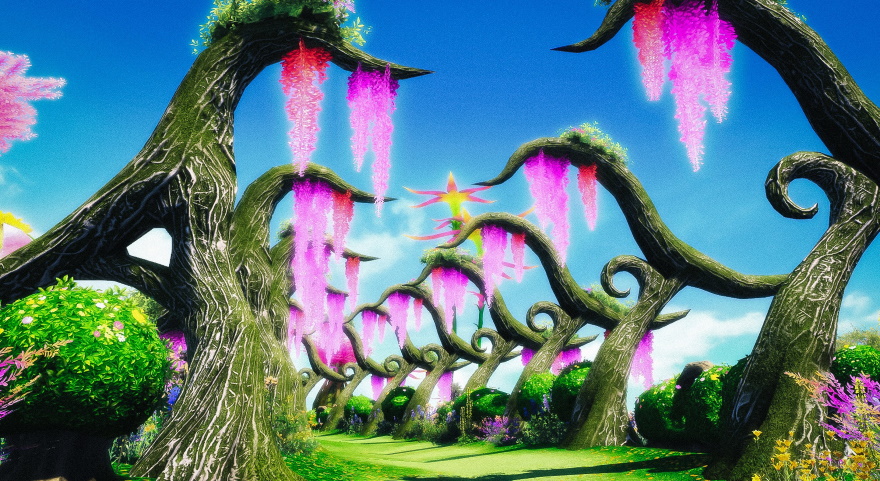 Speaking of eye candy, Rafael is enjoying the improved sights in Blade and Soul after the Unreal Engine 4 update: “It’s a little weird to see perfect looking grass right next to a sword blast from hell. I like it. Shit is getting real. Like… for real, real.” 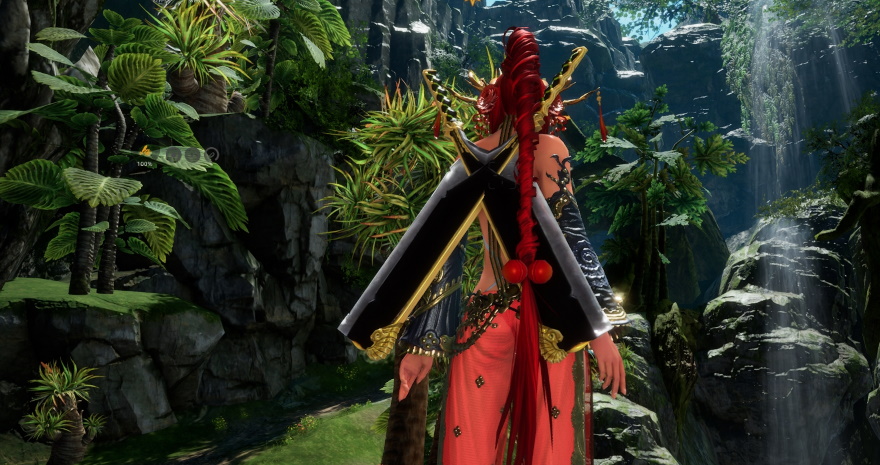 And here’s a One Shots game debut from Zulika Mi-Nam!

“I piddled a bit in a beta release for a MMO with turn-based combat called Broken Ranks,” Zulika said. “I wish there were more of these!” 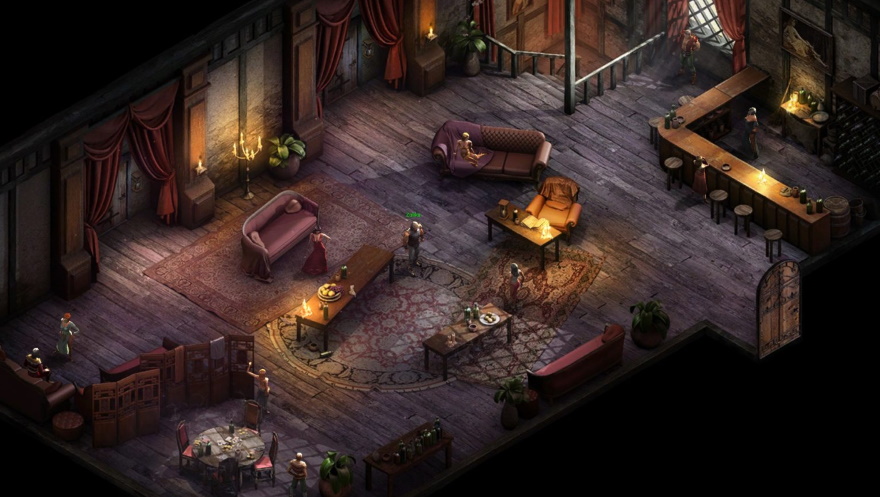 “FFXIV has this Hildibrand storyline, which is one of the wackiest and most hilarious I’ve seen,” reports MolleaFauss. “This is from a cutscene in the Stormblood ‘season’ of those adventures, and basically, sums it up.” 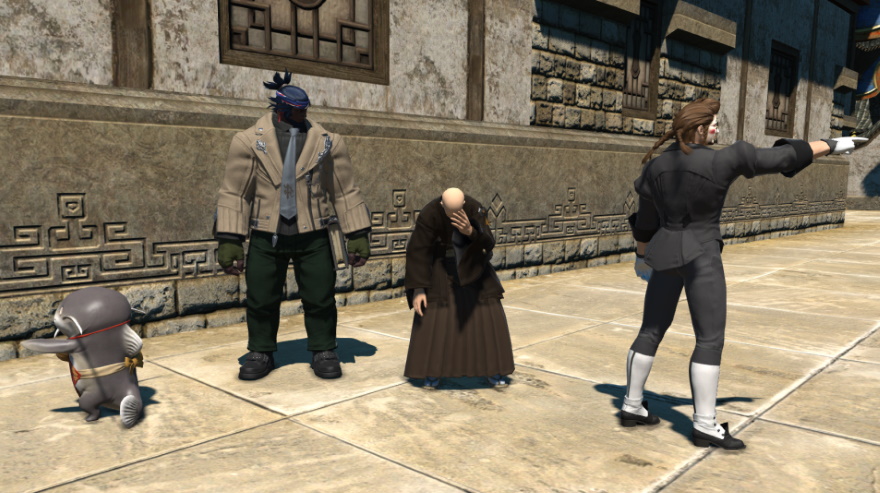 Love that STO one!

Reaching back to Argo Astronautics’ roots in the old Terran rail industry, the “Little Cargo Ship that Could” has won the 2951(2021) Ship Showdown.
The underdog workhorse won on the back of a stonks-level campaign that brought the old MPUV out of the cargo holds and into the spotlight, narrowly beating out big ships like the Hercules and MSR.

Paying respects to Steven Critchlow on Jenova at Fortemps Manor.

Been clearing up all the side-quests in Morrowind before I finish up with the MSQ there (believe me it adds to the flavour a lot in ESO). So here are some shots including both public dungeons in that area.

And some random, totally not posed stuff. Ahem…

Hard weekend but i had some stuff done. Maybe i should post my drawings on the Oneshots comment section since it’s more fitting.

That’s my goblin shaman that looks pretty much like an Asura.

One of the first thing i try in MMOs is /dance, DDO have this silly lazy dance, the man put his hand in the air and jump around, maybe other races have different dances.

Sorry, no good screenshots so far, i just started playing the game :-)

Went to the Gold Saucer to do the fashion report, discovered I look good in a suit. Off to the VIP lounge. I may not have finished ARR but that hasn’t stopped me from collecting more gold saucer points than I know what to do with.

I’ve race changed a few too many times in FF14; going from moon kitty to thighlander, to Au Ra, back to kitty, then bunny, and back to kitty again. But with that smile, I think I’ll be staying kitty from now on!

As someone who changes quite often, I share your plight fellow adventurer :)

P.S. Thanks for the shout out this week @Justin/MassivelyOP team

Au Ra for life! Dragons Ftw!! Lol, not currently playing until expansion hits but maybe by then I’ll be brave and try to snap some screenshots!