I was very excited to sit down during Gamescom with Nicolas Coutant, producer at NCSOFT West, about the upcoming US and Europe release of Blade & Soul, a quirky Asian fantasy MMO developed by Team Bloodlust. Some of you may have seen our very own MJ Guthrie’s fantastic E3 hands-on, but for those of you who are new to the title, know that this F2P MMO features a beautifully crafted online world and some very unique combat mechanics. I got to briefly try out the Windwalking movement feature and some of the signature combat combos that call to mind the best classic martial arts movies, and I was very impressed with what I saw.

Today I’m able to let you know that the highly anticipated entry to the US and EU MMO marketplace is now on sale via three different Founder’s Packs, each offering good value and a shedload of extras for the keenest fans to grab early. Every tier will include access to Closed Beta and also will grant players entry to the title’s Head Start access, meaning that those players who decide to purchase early will enjoy early access and full testing privileges. I was also promised at Gamescom that Blade & Soul will release in the first quarter of 2016, so we don’t have long to wait until we can get our hands on this stunning looking game. Read on for details of the three packs and my initial impressions. 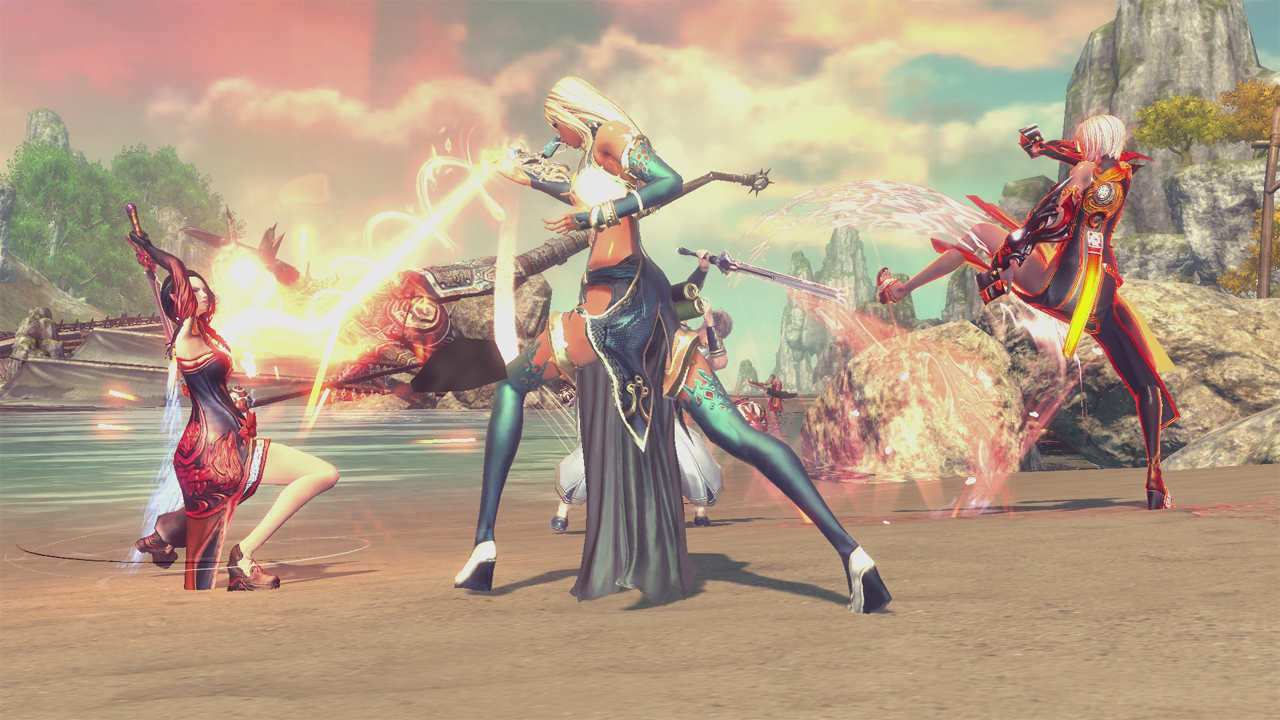 On to the content of each Founder’s Pack, then! The obvious entry level to the Blade & Soul community is by purchasing the Initiate Pack, which retails for $24.99. This options packs a lot in for a relatively modest entry price and includes Closed Beta and Head Start access, the founder-exclusive Founder and Pursuer of the Wind titles, and 20,800 Premium Points, used to increase your premium membership tier.

For those who are willing to splurge a little bit more, the Discipline Pack, priced at $74.99, offers the same goodies as in the Initiate Pack, but also includes another title, two extra character slots, giving you a total of four, and a start pack that contains 30 days of premium membership, food, and repair tools. The amount of premium points granted increases from 20,800 to 34,400 too, which helps offset the price increase since they have a tangible real-money value. To top it all off, this pand of early adopters will be able to reserve a character name and use the character creator to create one character before the Head Start commences.

Lastly, players who wish to heavily invest in the game can consider the Master Pack, which grants players an additional title while giving them a whopping 48,800 Premium Points, the option to create two characters and lock down two character names before Head Start, five additional character slots to make a total of seven, two exclusive costumes, 90 days of premium membership, Dragon Trade pouches, and potions. This pack is priced at $124.99, so it is a considered purchase, but some players will find the value of the items granted and the Premium Points it contains will offset that cost if they intend to splash out anyway. 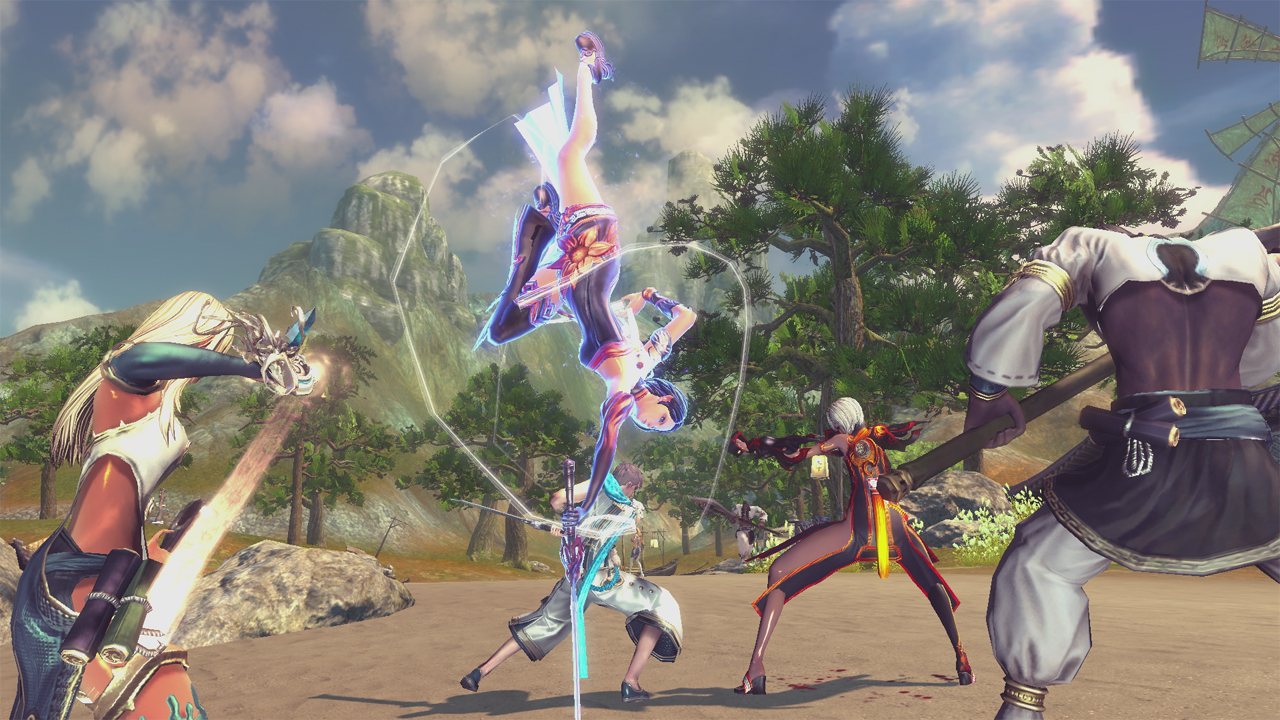 The lists above include just the top perks, so I’d recommend checking up the full inclusions on the Blade & Soul shop before you make up your mind. Closed beta opens this fall, so purchasing your pack before then is wise if you’re keen to beta test and give your feedback. Coutant is delighted to bring the game closer to its North American and European release and hopes that the Founder’s Pack will prove to offer great value for fans.

We have been hard at work to bring Blade & Soul to North American and European players, and today’s announcement brings us one step closer to our Closed Beta test this fall. Our Founder’s packs offer players meaningful bonuses and extras that will enhance their experience with the game before launch and well beyond.

Before we jump into my first impressions based on my hands-on time, check out the new trailer to get up to speed with the latest improvements to the game:

I really enjoyed what little of the game I had the chance to play at Gamescom. My appointment time was tight and there was plenty of ground to cover, and I really have to make clear that I only spent 15 minutes with my hands on the keyboard and mouse. What I saw was very encouraging, though, and I was immediately struck by how beautiful the game is. I’d heard great things about the dedicated art team behind the title, but seeing the world unfold before me was quite something. I promptly picked a class, opting to test out the new Blade Dancer option for my quick hands on. The class is lightning fast and has great crowd control capability, with the sacrifice being that Blade Dancers tend to be lacking in the defensive front.

I didn’t have time to tinker with the character creation tools during my playtime, but I was assured that they are every bit as complex and exciting as we’ve been led to believe in the pre-release hype. I’m expecting sliders galore, cutomisable heights, and a several truckloads of hair style and facial features to play with upon release. 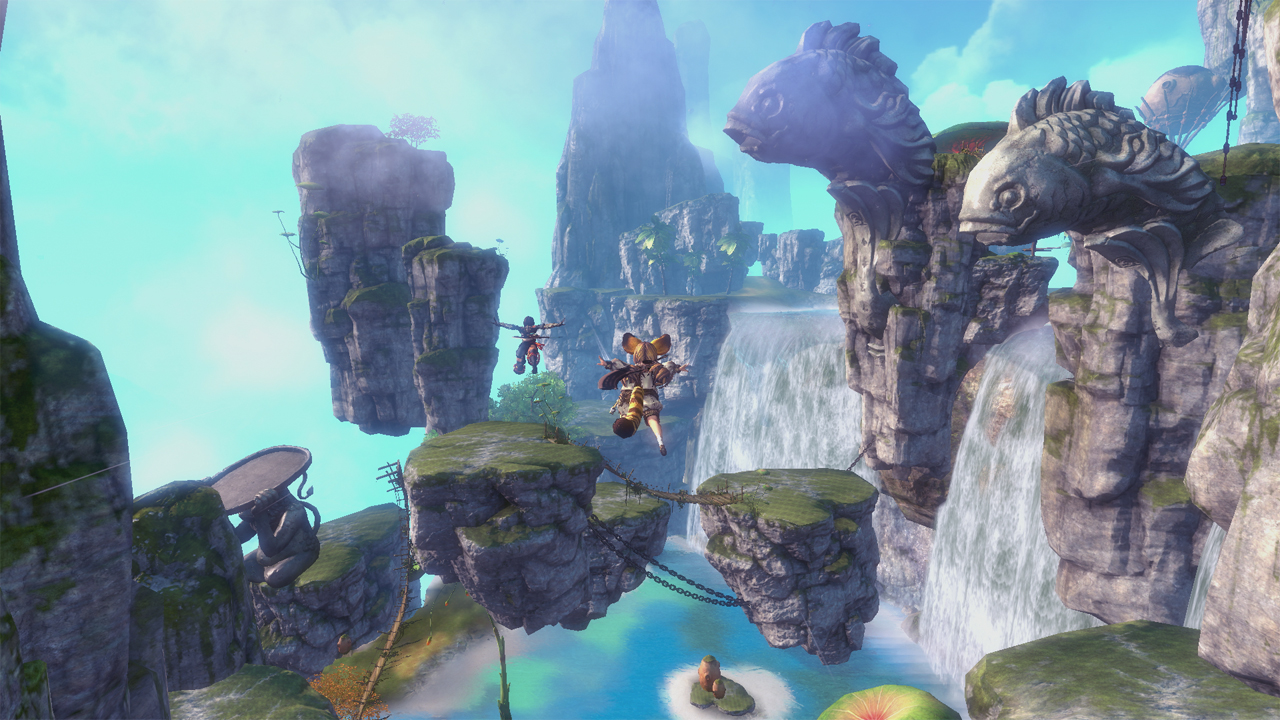 Keeping up my Focus took practice, and I found that running out left me very vulnerable. I was quickly taught that valuable lesson and stopped to drink when I could find a break in combat. Rushing into combat from a silky smooth Windwalk looks and feels very clean, and every movement my character made seemed an art in itself. Combat is very different to anything I’ve played before, so I have to admit that I didn’t get the hang of it immediately. As it was explained to me, the system is pretty unique and is intentionally made to be easy to learn yet difficult to truly master. I can definitely see how a reverence for martial arts and the mastery of skills comes into the game design when I see the learning curve presented in Blade & Soul.

Pay attention to the difficulty rating on each class if you’re at all worried, and be sure to watch the tutorial videos that are provided to give you an insight into the playstyle of each race and class. Quick reactions will serve you well in the game’s intense action combat, and the situational options are really astounding. The combat system really shines when there are multiple targets surrounding your character because attacks all those that it would feasibly affect rather than only applying to wherever your pointer or crosshair rests. Combos are more familiar to me than the reactive capacities of the combat; I really enjoyed watching my little Lyn float seamlessly between forms for even more powerful results.

I really enjoyed my glimpse at Blade & Soul and was impressed by how fluid movement and combat have been made. Hordes of enemies race at your character, but that only serves to lend a sense of intense power and awe-wortiness to your character as you rip through the enemy lines. This one wasn’t high up on my playlist but I’ll have to reevaluate that after having a go for myself. I know a couple of people who have played the original version of the game, so I’m sure they’ll offer me plenty of tips and tricks to get me up to speed with the combat system in no time.

What do you think? Does Blade & Soul feature on your to-play list?Will you be purchasing a Founder’s Pack today, or are you holding off until some impressions from the beta roll in this fall? Do you enjoy early access to games, or are you a strictly after-launch purchaser? As ever, let me know what you think in the comments section. If you’re left on the fence about the game, perhaps you’ll find the screenshots below useful in deciding if it’s right for you!

Massively Overpowered is on the ground in Cologne, Germany, for Gamescom 2015, bringing you expert MMO coverage from NCsoft, Blizzard, CCP, BioWare, and everything else on display at the world’s biggest gaming convention!
Advertisement

Blade and Soul outlines the solo dungeon arriving with its Dawn...