Blocky and stylized though it may be, World of Warcraft’s visuals represent impressive work by artists who pull every trick out of their bags to get the most from that game engine. Reader Captainzor sent in this shot of his feral Druid in a purple-soaked environment to remind me of how much I enjoyed traversing some of that MMO’s zones.

“This is so old I can’t honestly even remember which zone it was taken in, much less what I was doing,” he wrote in. “It just felt very dreamy and I loved how the purple theme just happened.”

Interesting environments is one of the themes of today’s collection of player-submitted screenshots, so let’s get to it! 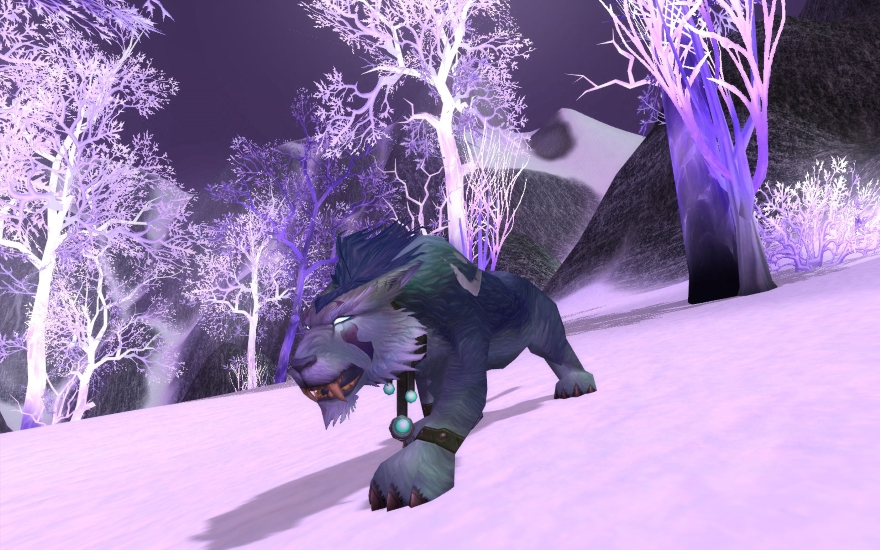 Reader Whiteberry sent in even more terrific Landmark pictures. I plucked this one out of the bunch because a big part of that game is home-building, and this house has a lived-in naturalistic feel that I appreciate. Almost Hobbity, wouldn’t you say?

“In the post-apocalyptic world of Firefall there are many strange ruins to explore,” reader Ralph the Wonder Llama said. “One of the creepier locations can be found high in the cliffs just south of Sunken Harbor where a large building complex can be found half-consumed by the melding. Along the edge where the building fades off into the mists, this huge Lovecraftian thing can be seen reaching through from the other side. Luckily it doesn’t move. At least I don’t think it can move… I really hope it doesn’t move.”

And as with any Lovecraftian horror that you might encounter in real life, the best course of action is to run straight at it, taking pictures all of the way. Selfie with C’thulu! 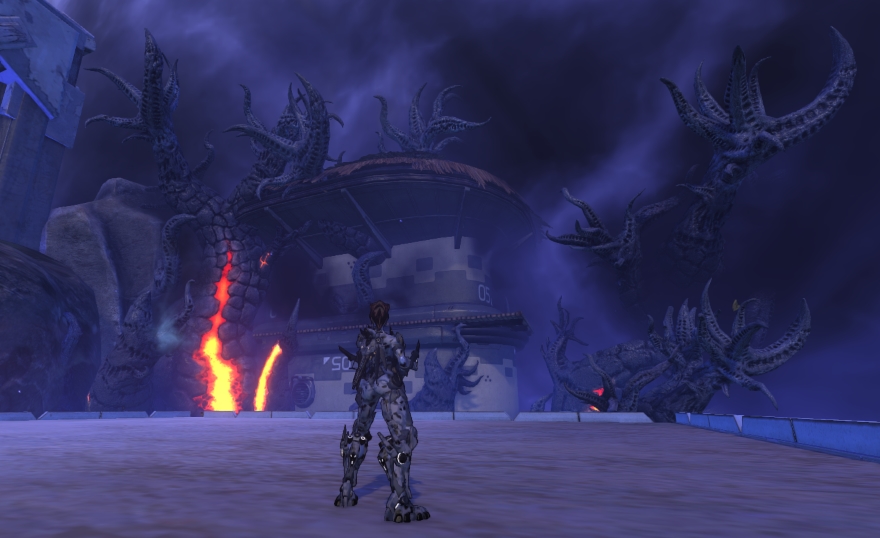 I’ve noticed that characters in MMOs are never duly concerned about gun, blade, and magic safety. How many innocents have to die with so-called “heroes” running about the world with their weapons half-cocked? Probably millions.

“The message is simple: Don’t mess with the Templars in The Secret World,” reader Lost Faith said. 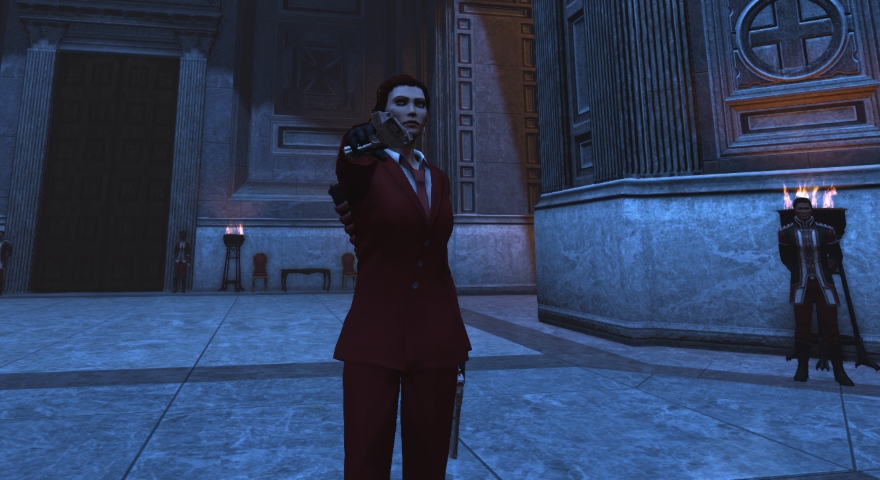 Our winner of this week’s It Came from the Comments! is Camelotcrusade, who relates the following necessary details behind this odd kiss.

“Sometimes an ordinary emote can be extraordinary,” Camelotcrusade said. “I found an instance in EverQuest II where a boss would clone you in the fight, and to my delight it let me clone my clone. After we won, I positioned myself next to the clone and took some rapid fire screenshots, trying various emotes as I appeared to interact with him. I had always RPed this character as a bit of a narcissist, so when this happened it was a good laugh for everyone. I don’t remember which emote I used (you can’t actually kiss in the game) but I do remember it was a single frame of something angry. Much arm waving and chicken-necking happened before the streams crossed.” 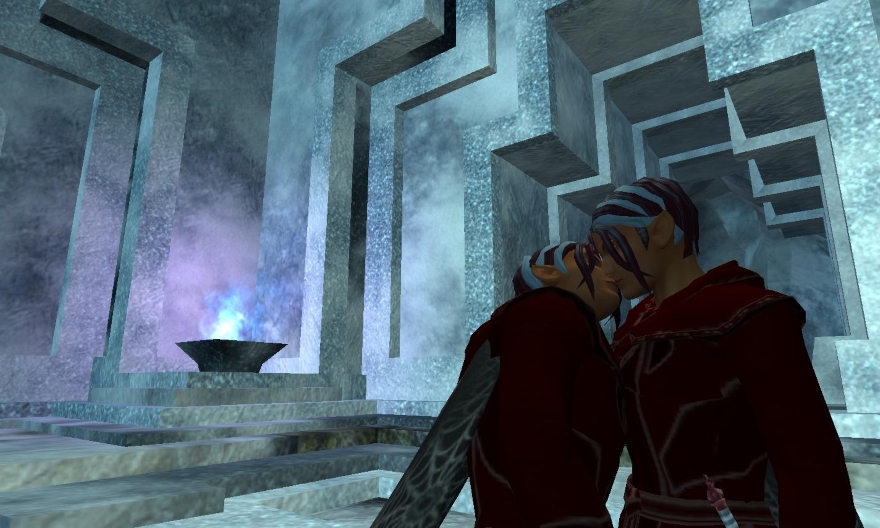 Your screenshot challenge this week is to take a picture of something stunningly asymmetrical. You can do it. I believe in you.

Perfect Ten: My memories from the 2004 World of Warcraft launch