END_OF_DOCUMENT_TOKEN_TO_BE_REPLACED
It’s hard not to be negative about your favorite game when it appears that it’s changing its original goals. “What? You’re just now realizing this, Larry?” you might be thinking. No, I recognized it when Star Wars: The Old Republic launched its Knights of the Fallen Empire expansion. The studio head James Ohlen is a great nerd and wonderful creator, but he’s easy to read. Fortunately for us, he cannot eloquently lace a presentation with PR speak. During his Star Wars Celebration faux interview (finterview, fauxnerview… there should be a term for that) with Warwick Davis, he couldn’t call the game an MMORPG. It truly appeared that some public relations rep was hanging over his shoulder whispering, “Remember to call it an online roleplaying game.”

This irritated me, but I still log in at least every other day to hang out with friends and play this not-MMORPG. And thanks to positive proponents in the community like Vulkk and SWTORista, I performed an assessment of the reasons why I still played Star Wars: The Old Republic. And in the process I’ve come to realize that some of the reasons are very personal. I understand why some of these reasons aren’t enough to keep some people around. Some people will believe that these reasons are weak reasons to play a game, but that’s OK. I’m not going to attempt to try to convince you to come back or to stick around. I felt that I should share because people have asked. 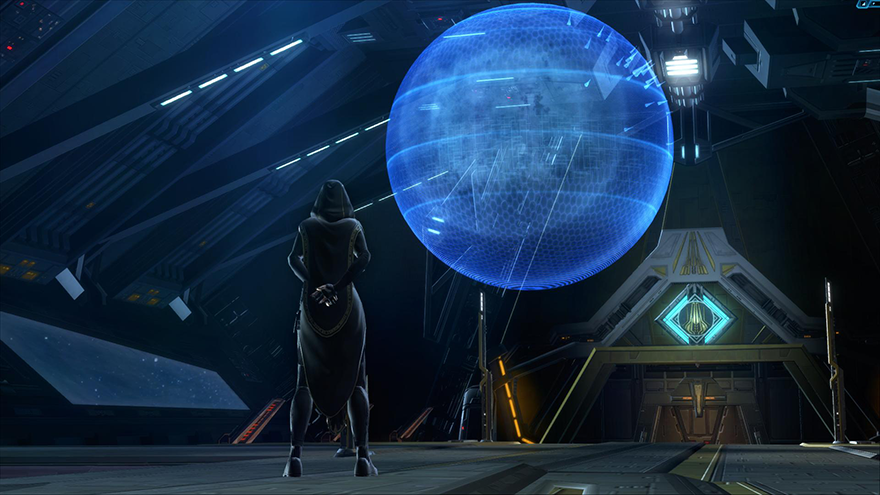 I don’t want to put down some of the other sci-fi MMOs that are out there, but I really think that they are weak. And the strongest contenders have not aged well either because the community is far too settled or the aesthetics just don’t hold up, comparatively. I’m talking about EVE and Star Trek Online. Both are decent games and have a good group of followers, but neither has hit the right buttons for me.

I know that many people will rightly call Star Wars sci-fantasy with a heavy lean on the fantasy side. They are right — I’ve said the same thing myself — but when you immerse yourself in the sci-fi part of the setting, then there is plenty of science to work with. Blasters, security systems, and droids all reflect the more sciencey part of the lore, and I can focus on that when I immerse myself in that world. 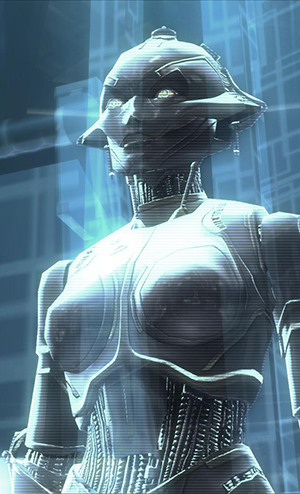 “That Star Wars is so hot right now” to paraphrase Will Ferrel’s Mugatu from Zoolander. As a fan of Star Wars, I’ve loved it as a franchise through its darkest times (the prequels), but now, the franchise has really hit a new stride. I can’t say that the toys are as big as they used to be, but that might be for reasons not related to the popularity of the franchise. Either way, it’s hard to question the Star Wars IP’s popularity.

But as is likely apparent, I don’t just latch onto a franchise because it’s popular. I have been a Star Wars fan for pretty much my entire life, but I am thankful for the franchise’s popularity right now because that means that there will be some focus on it. I don’t think that SWTOR would have even appeared at Celebration if it weren’t for Disney’s desire to saturate the market with Star Wars right now. My hope is that this means that SWTOR will continue to get attention from the giant marketing machine, thereby bringing people into the game and encouraging the designers to continue to develop a better product.

The depth of lore

We all know that the Disney pretty much wiped out the entirety of the Expanded Universe lore for Star Wars, but we have seen bits and pieces of the former lore creep back into the storylines. You all heard that Grand Admiral Thrawn is canon again, right? And with SWTOR having been set thousands of years before any of the movie stories, there is no real reason that it can’t slide right into current canon.

Even if SWTOR never becomes canon, there is already a huge chunk of lore for it to pull from and a depth in its own storylines. When I first started writing the Hyperspace Beacon, many of the articles focused on the lead-up to the SWTOR timeline. It took many articles, and yet that still wasn’t enough to cover everything. I still felt that I grossly simplified the hundreds of years of history and decades of storytelling that SWTOR was built on.

The Old Republic stories are great, and currently, SWTOR is the only licensed product that is still building on that history. I want to witness its continued growth. 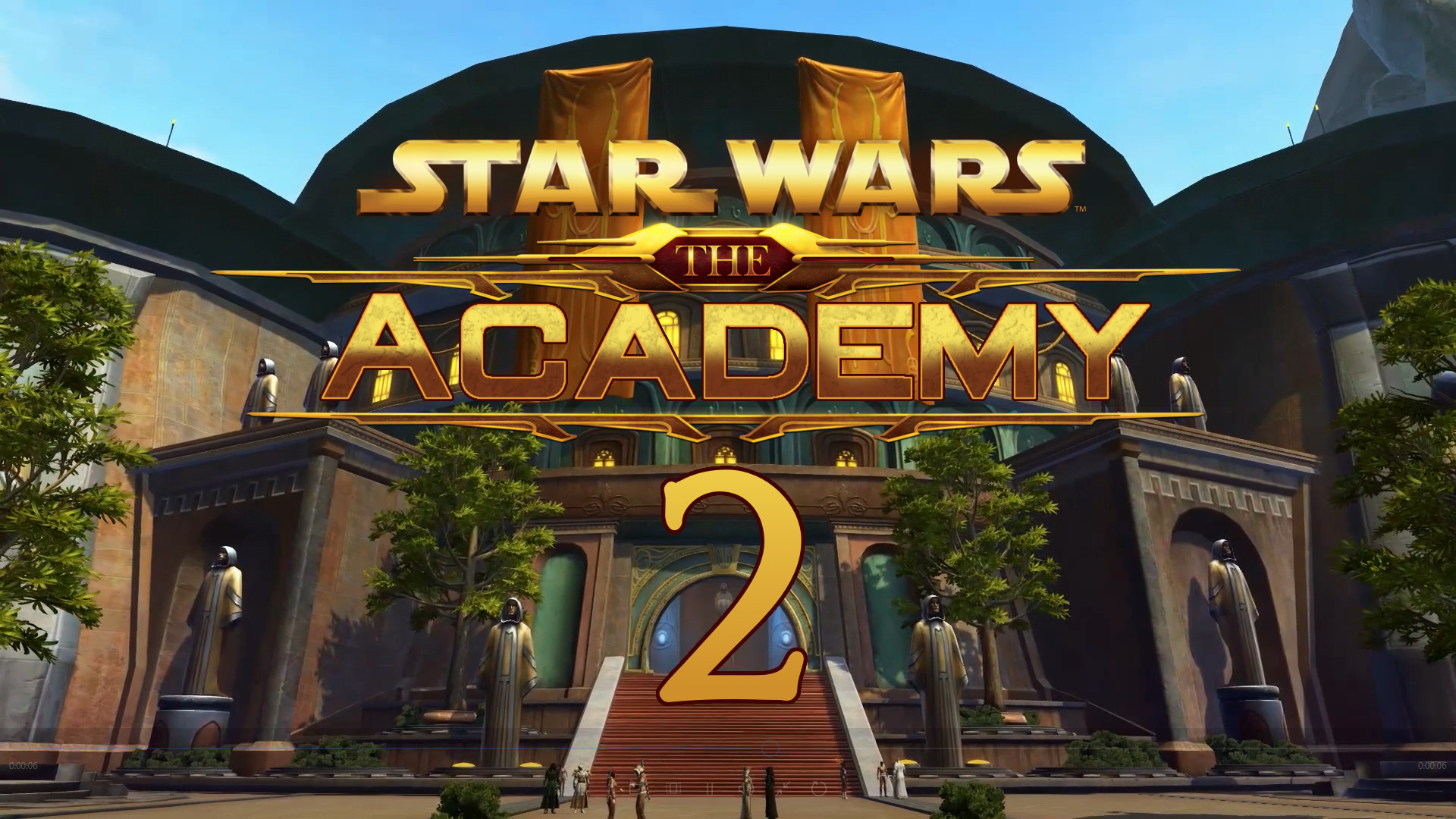 I enjoy two parts of the SWTOR community. The first being the roleplay community. I have struggled with roleplayers before. Many can be very sensitive about their characters and stories, but I can’t exactly blame them for holding tightly to their creations, despite my wanting them to just let it go sometimes. But at the same time, the roleplay community can be the most inviting community in MMOs. Take one look at the Ebon Hawk community sites or any of the guild websites and you’ll see a variety of events that focus on giving roleplayers venues to bring them together to create interpersonal stories.

The second part is the content-creator community. I mentioned Vulkk and SWTORista, but there is also SWTOR Central, Madmar, Dulfy, TOR-fashion, Bad Feeling Podcast, and OotiniCast to name just a handful more. These ladies and gentlemen are the ambassadors of the game, and one of the best parts is that they don’t seem to see each other as competition. They seem to work like different arms of the greater community. It appears that they’ve recognized that the promotion of one lifts them all. On the whole, I’ve seen this trend among many of the SWTOR community leaders.

Nothing to replace it

I understand the weaknesses of SWTOR. I’ve written about them. I understand the change in focus for the game. I know that the developers are oblivious to some of the desires of the playerbase. But in the end, there is nothing that could replace this game. Despite its flaws and despite the design decisions it’s borrowed from other games, there is still nothing like it. If I left SWTOR or if it closed down suddenly, I would have no other game that I would play as much or enjoy as thoroughly.

I know that many of the readers here have been burnt by BioWare and Star Wars: The Old Republic, but I also know that there are many people who still pop into the game. Why do you keep playing this game? Are any of your reasons similar to mine? Let me know your thoughts in the comments below.