END_OF_DOCUMENT_TOKEN_TO_BE_REPLACED
As we step closer to the launch of Star Wars: The Old Republic‘s next expansion, BioWare spills more and more information about the content we will soon see on the live servers. We’ve talked about the Command Ranks and new endgame gearing process, but there is certainly more to what Knights of the Eternal Throne will offer, some of that being group-focused content. However, I question whether it is the content we are looking for. Is the addition of Uprisings too little too late, not what we are looking for at all, or just right?

I don’t know that I’m going to have the answers we’re looking for in this article today, but I do hope to post the right questions to give us food for thought. Despite the negative trend in public opinion toward SWTOR‘s upcoming content, I would like to pose some of the positives that they are bringing to the table and discuss how it’s possible the developers could swing the game around.

As I said, I don’t know that I have all the answers, but let’s dive into what we know. 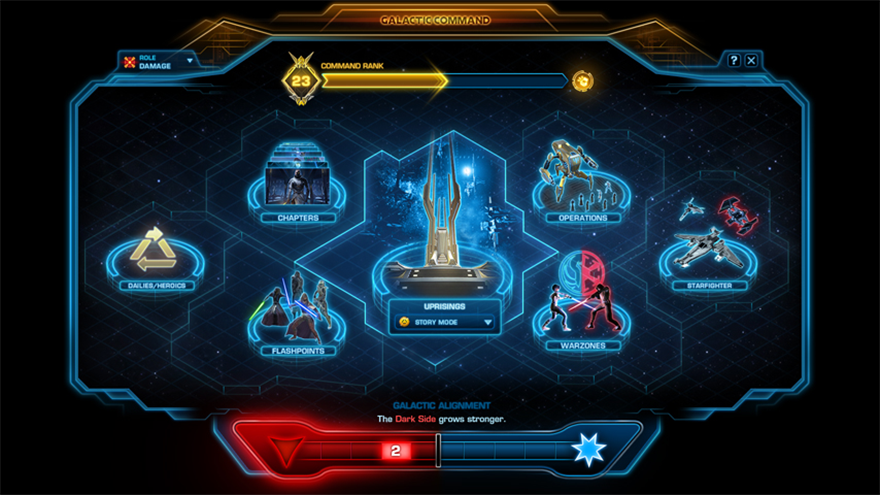 What Uprisings really are

During the livestream, the SWTOR developers told us that this is the group content that they have promised. It’s a reintroduction to some of the MMO aspects that the game has been severely lacking over the last year. I postulate that the dwindling server populations are a direct result of this MMORPG turning into what has now been coined as an “online roleplaying game,” a shift from large group content to solo content with friends.

Community Manager Eric Musco said in the official blog that “Uprisings are meant to be faster-paced and action-packed combat adventures where you must fight through multiple enemies at a time as you work your way towards more challenging foes.” Based on that description and the small amount of footage we saw during the livestream, we can assume that Uprisings will be quick, group-content crucibles, where the instances aren’t designed to be story-heavy but rather are straight-up murder simulators. Of course, there is likely some lore built around these mini-adventures, but we will probably pay very little attention to it because it’s so far removed from what the instances are really about.

BioWare explained that four players will participate in Uprisings at three different difficulty levels. I will talk more about the difficulty levels a bit later; for now, I would like to tackle the group composition and nature of the instances. 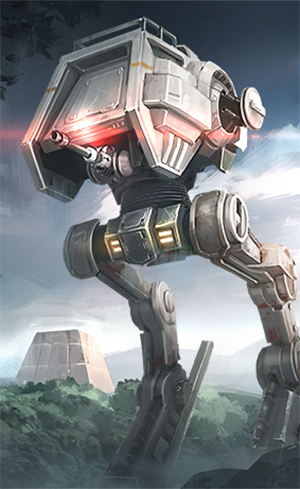 A number of top PvE guilds have loudly left the game because there hasn’t been any new raiding content in over a year. In fact, the guild Zorz was rumored to have overheard a conversation with the developers stating that we wouldn’t see new raiding content in 2016, and as it happens, it was the truth despite BioWare’s attempt to sidestep the question. Still, raiding groups make up only a small percentage of the overall SWTOR player population.

Stephen Reed, the Community Manager at the launch of the game, told me at one point that the vast majority of players don’t even do group content at all. Most play the game solo. That could certainly explain this year’s trend. However, in the latest set of livestreams, Producer Ben Irving noted several times that BioWare wants to focus more on group content during this year’s expansion. That’s why I believe Uprisings is more of a stop-gap than the culmination of what group activity will look like in SWTOR.

Rereading the description that Musco gave us about Uprisings, we see that in Uprisings players must fight “multiple enemies at a time,” meaning that it isn’t necessarily going to be the big boss fights that we like from operations. Throwing more enemies at the player does tend to make things more difficult, and it is easier for a designer to build content that way. But it doesn’t necessarily make it more compelling. My guess is that the larger group content — when it releases next year — will contain more enemies rather than more interesting mechanics.

BioWare has explained that Uprisings will launch with two difficulties, with a third higher difficulty releasing sometime early next year. The studio says that the idea is to give players time to gear up before the content is released. Players, of course, will be ready for the next level of content about a week after the expansion launches, so what BioWare is really saying is that it needs time to test the new content to make sure that the difficulty is tuned well enough to make it interesting for players. And it cannot be tuned well until the lower difficulties hit the live servers. I don’t understand the subterfuge on BioWare’s part, but whatever makes the marketing department feel better.

I am in favor of the proposed levels of difficulty assuming that it’s executed well, and I look forward to seeing it when it goes live. One of my primary complaints about the Knights of the Fallen Empire content was that it was far too easy and there was no way to adjust the difficulty level. Without having a way to publicly talk about the implementation of the difficulty, I can say only that I think that it’s a great idea and I hope that the execution is more than simply increasing the health pool for the enemies.

I’m not sure that I have the answers, but I hope this gives you some insight into the direction BioWare is headed. And now I pose the question to you: Is this the right direction for group content in the game? Do you think there needs to be more large-group content? What should the next tier of difficulty look like for Uprisings? Let me know what you think in the comments below.