Fortnite isn’t just a hit for Epic: It’s a hit for the whole industry. That’s according to SuperData’s latest report, which ranks PC, console, and mobile games according to their global revenues in the month of February.

Pay-to-play MMOs shrank again this month, continuing the trend identified in previous months. On the PC side, Crossfire and Fantasy Westward Journey Online II switched places, and Hearthstone rejoined the list to bump off Overwatch, but otherwise, it’s pretty much the same list as last week, with World of Warcraft hanging in there at #7.

On the console side, Monster Hunter World dropped a bit as Fortnite rose to #3. Destiny 2 is still hanging in at #7, which may surprise you, and on the mobile side, SuperData’s highlighting Tencent’s QQ Speed, which came almost out of nowhere to rocket to #2 for mobile. 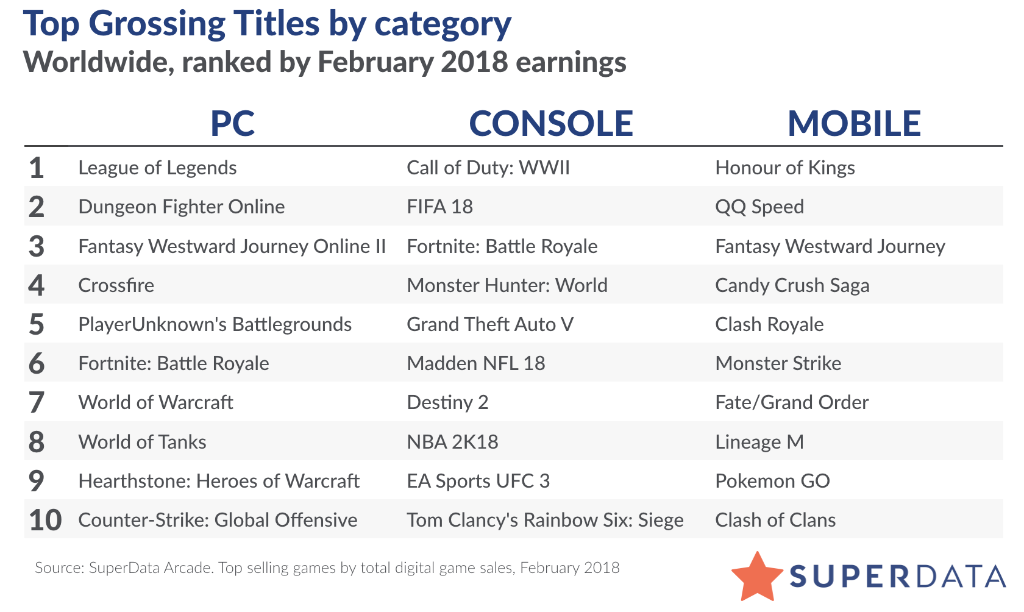