Which MMO has aged the best in terms of its graphics? While some games have enjoyed the benefits of visual upgrades, I have to tip my hat to the original art design of Guild Wars. It may have some rough spots, but by and large, it’s still beautiful today.

And interesting to explore in 2018, apparently! Miol sent this one showing something that should have come to the sequel: “Since Anet obviously doesn’t have the budget and therefore needs to callously blame Joko, that around 250 years later the Sunspears aren’t using spears anymore (origin lore for the new warrior double-dagger elite spec), missing the best opportunity to finally repurpose all those barely used underwater-locked spear skins, I’m quite enjoying the original lore of the Sunspears firsthand in GW1 now (with a spear)!” 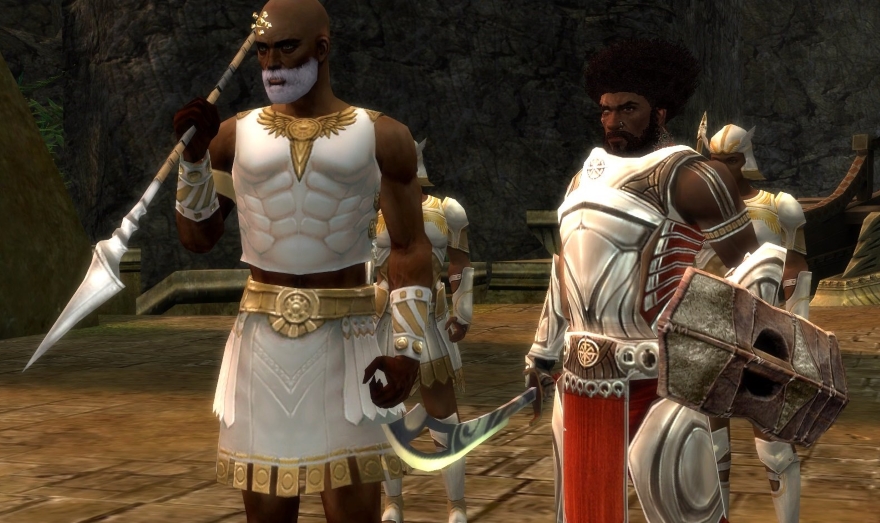 Some of our readers had fun with the challenge to share screenshots that didn’t quite come out right for one reason or another. Remember kids, when something goes wrong, it’s never your fault — it’s the game’s!

Hikari tried to bring stunning fashion to us from Secret World Legends: “The dress, the lighting, the rain of Seoul in the background, the pose… but what the heck is up with that arm?!?! Ouch.” 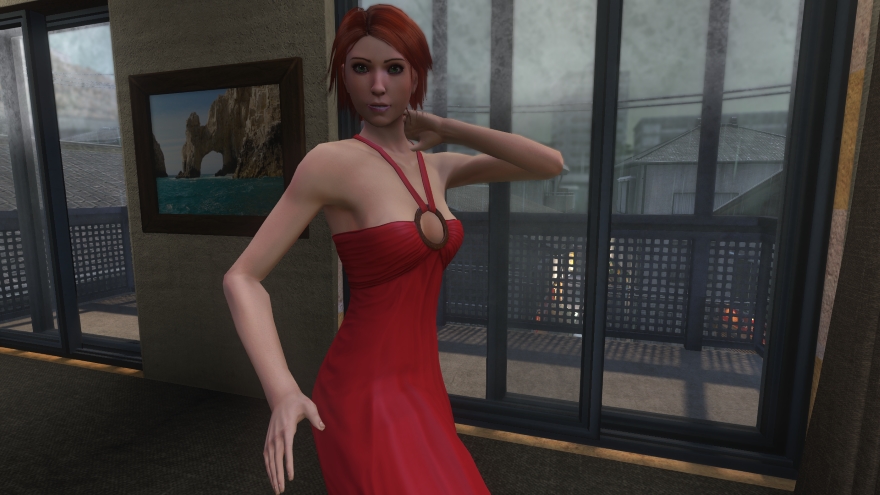 “This World of Warcraft screenshot always makes me giggle,” said Little Bugbear. “I was trying to get a shot of The Dark Lady singing and got photobombed.”

Beware: Sylvanas does not like giggling. Giggling is infectious, and if that banshee ever laughed in a non-sinister way, the whole world might know that she’s a softie with an extensive Hello Kitty bedroom collection. 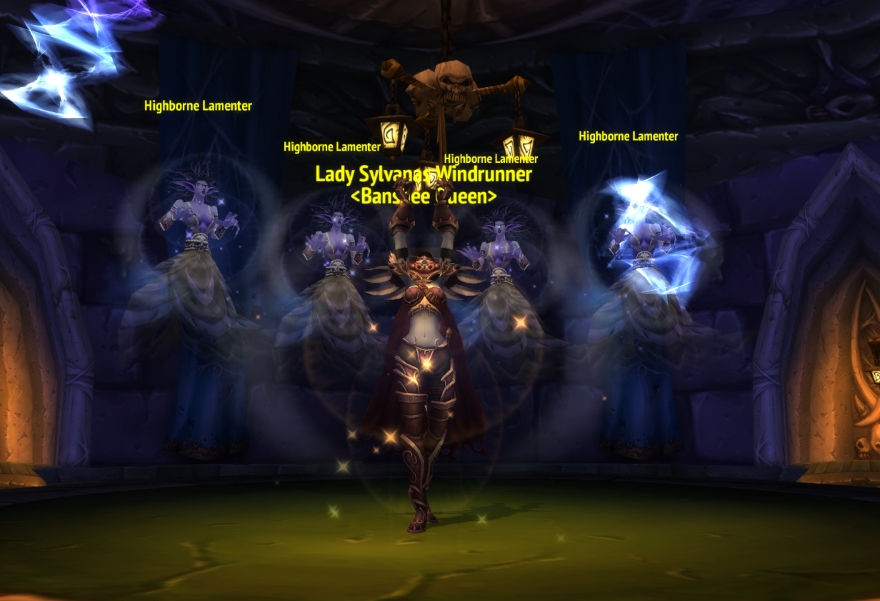 Have to go to the bathroom? Getting ready to say “sorry” for your bad behavior? Skoryy has a Guild Wars 2 pose for these situations and more!

“Instead of the ‘almost great,’ I wound up with this ‘accidentally great’ [picture] from my Tempests. Here, Mirka quietly prays for all the stacks of eye bleed occurring behind him. Auramancers are hella fun, y’all.” 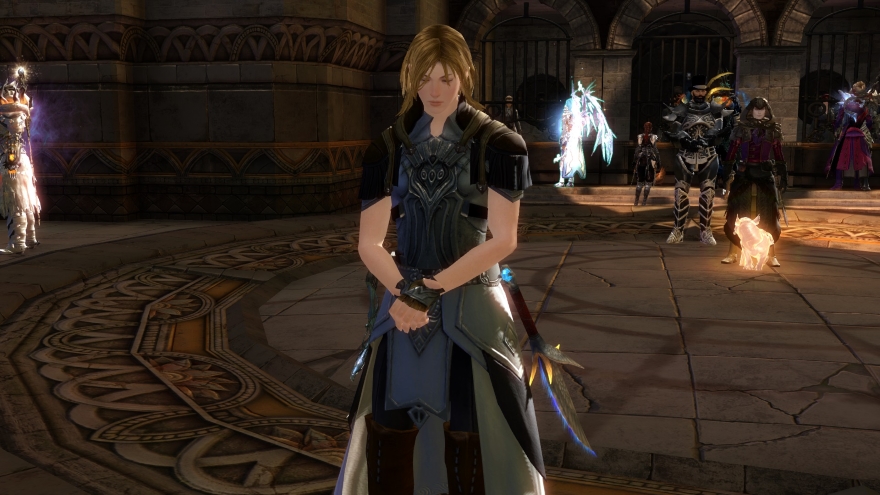 Capn Lan blasts off to the frontiers in No Man’s Sky: “This is from a planet with no atmosphere that I found. The problem with this one is that right behind the camera is a mountain that prevented me from pulling the view back. What I wanted was my ship and character to be smaller against the airless sky. Couldn’t do it though as that pesky mountain was in the way. Sigh.” 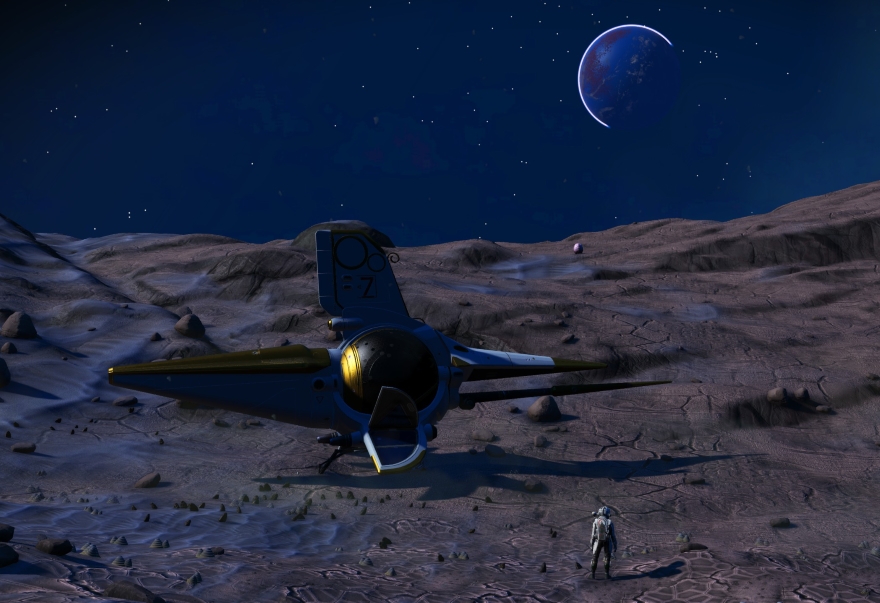 Now that Battle for Azeroth has been out for a couple of weeks, I bet that many of your screenshot folders are filling up with new pics! This week’s challenge calls for you to share one or two of your best from WoW’s latest frontier.

Man…I realized that apparently at some point I lost a huge chunk of my old WoW SS’s. They may be on an external hard drive I have buried in my closet, but I was going to dig up an old screenshot or two since I’m not playing now but alas…there are none. Instead, have an old, potato quality image of the early days of GW2, when my guardian came across a curious collection of Asura in Lion’s Arch.

I remember when afrosura were a thing. They’ve kinda died off, all the asura I see nowadays go straight for mouse face cute.

Image One- My favorite spot in the in BFA so far.

Image Two- Have you come to make a deal with Bwonsamdi?

Image Three- Zuldazar, has possibly the best music in the game.

I’m also very impressed with the music in the expansion, LBB. Thanks for the pics!

I love the detail the art department gets in wow

Little known fact: In Azeroth a motorcycle can double as a submarine.

Heh heh. This makes me think of those street signs in New York City which actually say, “Don’t Even Think Of Parking Here!” :-)

…I am pretty sure some readers out there are cussing at the pigtails for putting those respective jingles in their heads for an unintended duration though . :(

“Elona. Land of the Golden Sun.”

I didn’t notice it till you called it out, but that is totally a bot post.

Kinda on the fence about the remaster settings … wish there was a toned down middle ground between the old and the new systems.

… and Massively’s comment system still doesn’t like me or my pictures, so here is an imgur album.

The 4K size is probably why Massively doesn’t like your pics, brother Xijit.

Lovely pics, though. Thanks for sharing!

even when I down scale it doesn’t like em *shrug*

It didn’t like my ESO pics until I started saving them as jpegs instead of .png.

Yeah, the Massively website seems to get finicky about certain file formats which aren’t .jpg. Best to go jpeg, if you can stand it, Xijit.

Alas, BfA screenshots would require me playing BfA. My current jam is playing Fashion Wars 2 with low level light armor skins, since Gwen’s concept here is that she’s a farm girl. A farm girl that’s her own personal flamethrower, but still.

Most of the farm girls I’ve known fit this profile — very nice, but don’t mess with them, or you’ll meet the flamethrower! (figurative or literal) :-)

Well, Elf butts. Or, should I say Jin butts.

I have no pictures of the WoW xpac because I’m not playing it. Meh, not really interested right now.

So, a Jin butt is in order, I think. Heh. The bikini finally pays off!

Rafe, are you the secret son of Sir Mixalot, by any chance? :-D

Lol! He has had an influence.

Wouldn’t that be Yun butts, since they are Elven race of that game? o.O

Well done! Indeed, the Yun are more Elven than not. But, I didn’t think anyone would notice. How wrong I was Lol.!

As Mr. Schlag has found out…very few things are allowed to slip by the pigtails. Sometimes to a fault. :)

The Daily Grind: What would tempt you to buy something in...