While EVE Online is primarily based around the conflicts that arise between groups of players competing in the same virtual universe, the New Eden star cluster also contains dozens of NPC factions locked in their own conflicts. Players can take part in some of these conflicts by hunting pirate faction NPCs in exchange for bounties from CONCORD, or by running missions for an NPC corporation in high-security or low-security space, but the interaction doesn’t have to end there.

END_OF_DOCUMENT_TOKEN_TO_BE_REPLACED
One of the most compelling facets of EVE‘s design for a lot of people is the potential of taking an active role in the NPC organisations that populate EVE‘s living sci-fi universe. You can actually do this to some degree right now, even going as far as to make friends with pirate factions and gaining benefits that can give you a tactical advantage over other players. But how far can you push this NPC interaction, and how far could it go in the future?

In this edition of EVE Evolved, I look at the various ways you can work with the NPC factions of EVE, some amazing tricks players have discovered, and how this gameplay could evolve in the coming years. 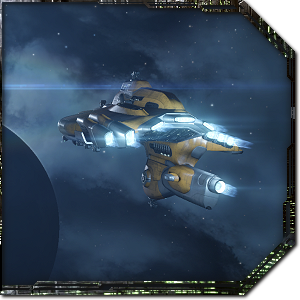 Though EVE is most famous for its engaging PvP, a huge number of players are content to stay in high-security space and either search out exploration content or run missions for various NPC corporations. Combat missions usually involve fighting NPC pirates in exchange for bounties, ISK mission rewards, and loyalty points that can be redeemed for items such as implants and faction ship blueprints. A secondary reward for completing missions is standings boosts with the corporation and its parent faction, which will unlock higher level agents and reduce your tax rates in that corporation’s stations.

Most of EVE‘s lawless nullsec regions are claimed by player-made alliances, but there are several regions of NPC nullsec filled with stations owned by the NPC pirate factions. Many of these stations house agents that will give pirate missions to help the local pirate faction fight its enemies, and in exchange you can get standings to that pirate faction and access to a loyalty point store that sells the faction’s ships and equipment. It takes considerable dedication to grind up pirate standings in this way because you also have to avoid killing the NPCs of that faction, so you can’t grind the local NPCs for ISK. 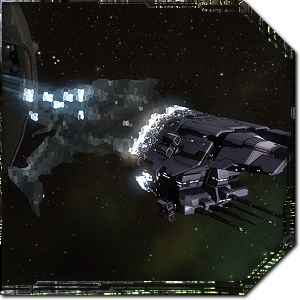 Pirate standings usually aren’t worth grinding as you can get better ISK from other PvE gameplay and pirate equipment can drop as loot from faction spawns, but recently players have found some amazing benefits to certain standings. The advanced AI ships that compose NPC Mining Operations and install Forward Operating Bases actually use standings to distinguish friend from foe, so high standings to a pirate faction will make its AI ships leave you alone.

In his recent video “Baited on a free,” (below) player Suitonia demonstrated a trap that uses Sansha pirate NPCs to turn the tide of battle in his favour, leading a gang that was chasing him to their grisly deaths and nearly taking down a Revelation Dreadnought in a frigate. The trick he used was simple: Get the Sansha AI to warp to a trap location using a second character and then lead the enemy gang to that spot, knowing that the NPCs will ignore his ship but engage his attackers. High enough standings can even make the NPCs actively help you, including repairing your ship in combat. 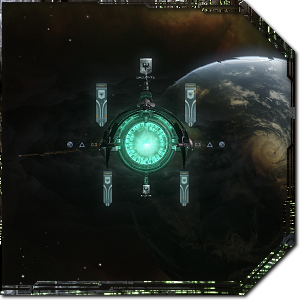 The NPC mining operations and forward operating bases feel like the first step in a much more complex scheme that could be rolled out across the game to make the game more alive. Every star system in empire space could become an active battleground between two or more rival factions, each populated by these AI ships running mining operations, building bases, and attacking each other.

Each NPC corporation with a station in a star system could have one or more enemies in that system, including both pirate factions and rival corporations and empires trying to move in on their operations. Each system could have a certain conflict level depending on the military buildup of the corporations there, and that would determine the size of structures they build and the scale of battles between the two sides. Players could join in on these conflicts by gaining standings with one side or the other.

Just being able to take part in AI battles and be friendly to one side would be pretty compelling on its own, but it could be even more engaging with just a few additional features. We could get new ways to gain standings with local corporations by living in a particular star system or constellation, unlock new services in stations, and gain access to new PvE gameplay and in-space benefits. This could be rolled out across highsec and lowsec, and I think it would be an expansion-worthy new feature. 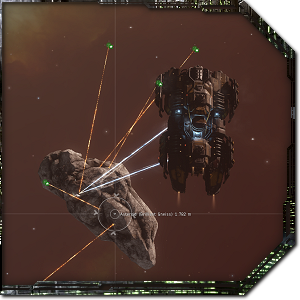 The current benefits of holding high standings with a corporation are quite limited, the biggest rewards being access to higher-level mission agents, lower tax rates, access to LP stores, and a few odd things like Suitonia’s trap. If we’re going to be working more closely with the NPC factions of EVE, some new rewards and benefits would make all the difference. These could come in the form of tangible rewards, new ways to use the NPC AI, and access to new PvE:

The standings system is one of EVE‘s oldest and clunkiest gameplay systems, and yet there’s a surprising depth to it and some incredible potential for new gameplay and features. Suitonia has shown how pirate faction standings can already be used for a tactical advantage, and has even put out a fantastic video explaining how to grind those standings up quickly with the use of the epic mission arcs, derived standings, skills, and standings boosters.

In the interplay between standings and EVE‘s advanced AI fleets lies a seed of something wonderful that I really think could revolutionise EVE for those players who live in empire space and have no interest in joining a monolithic nullsec alliance. I can imagine a future EVE Online in which the conflicts between the NPC corporations of New Eden aren’t delivered just in news stories and fiction but instead play out every day in-game and sweep players along for the ride. Now that would be a hell of an expansion.