Honestly, out of all the roles in the game right now, the melee DPS was the most boring part of the Final Fantasy XIV: Shadowbringers tour. But that’s honestly not a huge problem in this particular case. Yes, there are some significant changes in there, especially for Monk; at the same time, playing the jobs feels more like an evolution from their Stormblood incarnation with some alterations and enhancements.

END_OF_DOCUMENT_TOKEN_TO_BE_REPLACED
Of course, more important than “how much did these things change” is “how much did they need to,” and the answer in that case is… not a whole heck of a lot, for the most part. The job that really needed some changing was Monk, and even that was more about tweaks than a complete teardown and overhaul. So yes, this is the orle that covers four separate jobs, but the mercy is that all four jobs are pretty straightforward to discuss. 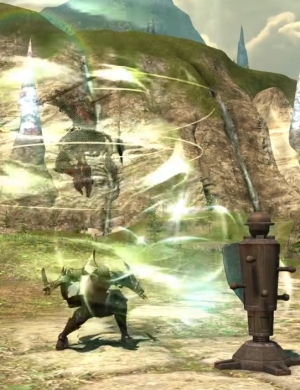 While Ninja lost one of its more fun skills in this expansion with Duality, it got something even better with Bunshin, which feels like the idea that Duality was always aiming at. No more copying one weaponskill; now your shadows copy all of your weaponskills for a short period of time, forcing your target to deal with an army of you.

In short, Ninja has been changed around to emphasize its pseudo-magical nature. Ten Chi Jin is still there, but it no longer costs anything from your Ninki gauge, instead serving as a straight cooldown; Hellfrog Medium and Bhavacakra are now just single-target/multi-target versions of the same basic big strike, with the cooldown on the latter removed. Assassinate now requires you to be in a particular state before you can use it, which ties into Dream Within a Dream. You get access to two supercharged Ninjutsu abilities when using Kassatsu.

It’ll take a little time to figure out the optimal rotation for all of this, but at a glance the core will remain similar; you want to Trick Attack and unload during that window, using your other skills as they come off of cooldown and ideally maximizing your Trick Attacks with Bunshin (which is, conveniently, on a cooldown that’ll let it chain to every other Trick Attack). While a few of your tricks have been moved around, the general feel is similar, and those with bad latency or trouble inputting ninjutsu will still not be fond of it.

The big quality-of-life buff for Dragoon is that it no longer has to fuss with Heavy Thrust and the dragon eye opens after just two dives. But it continues its trend of having longer combos. Where most physical DPS has a two-strike AoE combo (including Ninja now), Dragoon has three. You can unlock a new special sixth strike for your main combo if you get the positional requirements on Wheeling Thrust and Fang and Claw correct. You no longer have Impulse Drive but you still have the next two strikes in that combo line, so that’s more of a lateral move. And so on.

Beyond that… well, you get an upgraded Jump with High Jump (literally, it’s a Jump upgrade and nothing more) and a new ultra-jump that can be used once during your Life of the Dragon phase. It’s so whatever that I actually didn’t originally take any footage of Dragoon while playing the demo station.

Having said all of that, this is one of the places where I would most firmly emphasize that this is not bad. Dragoon basically got a slight quality-of-life buff. Is that a problem? Only if you wanted it to be fully redesigned, and its big overlong buildup has been addressed. Heck, Blood of the Dragon now starts at a 30s duration, meaning it’s no longer half-full. If you like Dragoon, it still feels like Dragoon. 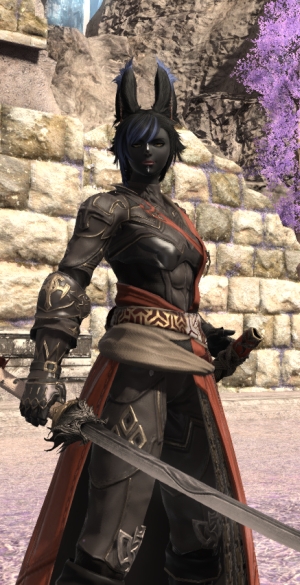 Oh, gosh… uh… basically copy and paste all of the Dragoon stuff? Samurai gets a single-target equivalent for Hissatsu: Guren in Hissatsu: Senei, it gets a one-minute cooldown that mirrors your last Iaijutsu action, and it gets a potent strike that bases its damage on how long you were using Meditation beforehand. That last one is basically a bonus for smart use of Meditate mid-combat, it seems.

Oh, and now Iaijutsu casts faster. I suppose this is a bright thing.

Again, this is also not a problem. It remains a selfish DPS job, lacking the group buffs of the other three melee DPS jobs, but it retains its kit and arsenal otherwise. I have a feeling that you’ll be using one new thing on cooldown and something else to hit bosses, and otherwise it’ll play largely the same. Considering it’s a satisfying and subtle job to play now, this is all right.

Ah, all right, Monk has actually gotten some notable changes. They’re closer to being on par with Ninja’s changes in the sense that it’s not really a ground-up redesign, though, and I freely admit that as someone who doesn’t much play Monk I might miss one or two elements from it… but at a glance, it feels like something that really does a lot for the job.

For starters, Riddle of Wind is now a passive ability that allows you to stack Greased Lightning four times in Fists of Wind stance. Fists of Fire now deals more damage. You now have another AoE ability for Raptor form which extends the duration of your Twin Snakes buff, so you can actually AoE more effectively. Chakra will open 70% of the time with a crit. Also, you can meditate to maintain your stance and stacks while growing new stacks, and there’s a new strike that doubles your global cooldown but resets your timer on Greased Lightning to maximum. 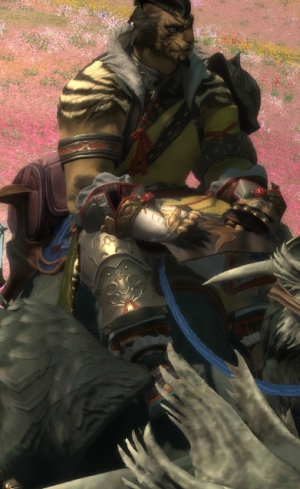 Oh, and Tackle Mastery now just makes your tackle have charges instead of forcing you to use it as a major DPS component. That’s a nice change.

Monk mains will probably have more thoughts about this than I do, of course, but at a glance this feels like the sort of toolkit diversification that Monk has needed for a long while. If you need to get out of range for five seconds but then want to get right back in, you can bring your stacks back up to full in a flash. If the boss is going to jump, Tornado Kick and Anatman (the aforementioned meditation move) is a good way to make use of the gap. You have an incentive to choose between Fists of Fire (more per-hit damage but slower strikes with Riddle) and Fists of Wind (less damage, perhaps, but much faster), probably dancing between them based on the fight and the needs at any given moment.

Or maybe it wasn’t enough and Monk still will feel like it has an awkward toolkit and all that. However, I think the removal of damage type debuffs and the general shift will make for a more fun experience for Monk, even if it hasn’t gotten the same degree of an overhaul that, say, Machinist had.

So no, melee enthusiasts will not get a whole new experience. But the jobs feel solid and not like they’re still lacking something, and the most lacking job in the group feels like it’s gotten a tune-up it needed. Hooray for that!

Final Fantasy XIV Shadowbringers tour: An interview with Naoki Yoshida
Flight and lodging were both provided by Square-Enix for the purposes of this event. All of the content previewed is still under development and is subject to change. This must needs be stated because otherwise someone will treat an early preview as an absolute promise of the final product, and while this is obviously wrong at face value, this way you can be told that you were warned ahead of time it wouldn’t turn out like you wanted. But no, you had to get your hopes up because of a quick glance of an early screenshot. Now your heart is broken.
newest oldest most liked

I briefly got Impulse Drive mixed up with Spineshatter Dive and was afraid I was losing my gap-closer. After reading about the Red Mage and Dragoon changes, it seems like the war between RDM and DRG for the position of “my favorite DPS Job” continues.

For me the big turnoff with Monk (beyond the super strict buff/debuff rotation started with ARR) was the addition of the Riddles and then the tackle modifications associated with it. Riddle of Fire was just a straight-up damage buff and fire tackle or w/e would do extra damage, but because Tornado Kick ate up all your greased lightning it seemed like you’d want to use wind tackle to help restore greased lightning faster. It was like they basically just plastered on some extra skills to go, “figure out how it works, have fun”.

It definitely feels like that’s not the case any longer. I’m not sure exactly how players will want to manage Wind vs. Fire on a whole, but the tackle mastery is gone and the design is different. (Perhaps the goal will be to reach four stacks, use Kick, then use Riddle of Fire and Perfect Balance back three stacks, then switch back to Wind and run on four for a while… a thought, but not a certain one.)