I find myself in the odd position of feeling compelled to both defend and criticize Heroes of the Storm. The game’s taken a huge PR hit over the last year, with developer Blizzard Entertainment cancelling its esports events and scaling back development, and as always the Chicken Littles of the world are out in full force to say the game is dead. Even as a former player unhappy with the current state of the game, I can say that seems unfair.

But as I was thinking about it, it occurred to me that both the overblown doom-saying over Heroes of the Storm and my issues with it are largely rooted in the same issue: unrealistic expectations. Both Blizzard and the community lost sight of what Heroes of the Storm was supposed to be, to the game’s detriment.

Heroes is unique in my gaming career. (I still can’t bring myself to call it HOTS; to me, HOTS still means Heart of the Swarm, the StarCraft II expansion.) Heroes is the only PvP-focused game I’ve ever become a regular player of for more than a few weeks.

I was lucky enough to be invited to the technical alpha for Heroes of the Storm, and from that point I played almost daily for about two years, and more sporadically for a while after that. I was, to put it mildly, a fan. Considering I normally avoid PvP at any cost, I think it’s fair to say the game must have been doing something right.

A lot of it is simply that I’m a lifelong Blizzard fan, and I just couldn’t resist the nerdgasmic delight of tossing all their most iconic characters into a ring and making them fight. But it was also the sense of fun that ran through Heroes of the Storm. This was not some “serious business” competitive game. It was a ridiculous cartoon brawl that never attempted to take itself seriously, at any level. It wasn’t made for serious competition. It didn’t have last-hitting, or complicated item builds, or so many other unforgiving mechanics you see in other MOBAs. It was made to be a fun game to blow off steam. 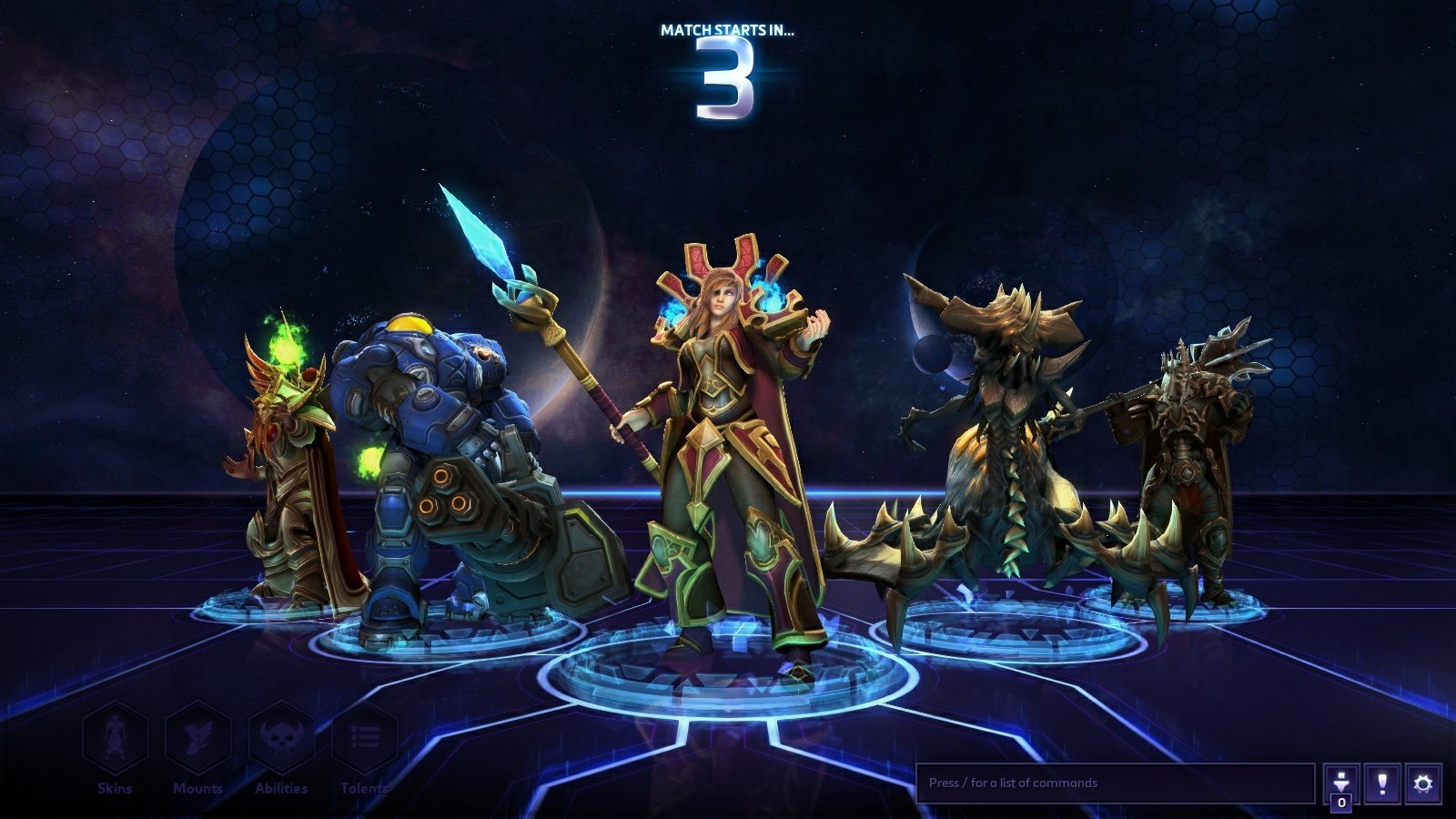 In much the same way World of Warcraft originally started as a more casual alternative to some of the grindier themeparks of the time, Heroes of the Storm seemed to be the MOBA for more casual players who didn’t want the stress and intensity of games like League of Legends or DOTA 2.

That, at least, is how it started. People forget that. Originally it wasn’t even meant to be released as a separate title. It was first just a mod produced to showcase the potential of StarCraft II‘s Galaxy Editor. It ended up being so much fun that Blizzard then decided to make it a full game unto itself, and its ambitions for Heroes grew, which was a good thing right up until it wasn’t.

For much of the game’s testing period and early launch days, the focus still seemed to be on making Heroes a light, casual game for messing around with, but gradually the push to market it as an esport grew, and along the way the original, low stress vision for the game seemed to slowly slip away.

A little bit at a time, Heroes of the Storm changed its direction and started to become less the game I’d initially fallen in love with.

One of the things that frustrates me the most is how the meta-game has evolved. Early on, Heroes‘ team fights were relatively slow, stately affairs. An intense fight over an objective could last up to a few minutes, giving each team and every player plenty of time to recover from any mistake. Victory was about playing consistently well, not single make-or-break moments.

But then power creep began to sneak in. More and more heroes with high burst damage were introduced, and the old characters had to be balanced to compensate. Slowly team fights began to resemble less a tug of war and more a Western shootout. It became simply a race to see who could one-shot the other team first. Fights became quick, brutal, decisive, and very difficult to recover from. A single mistake could doom your team. 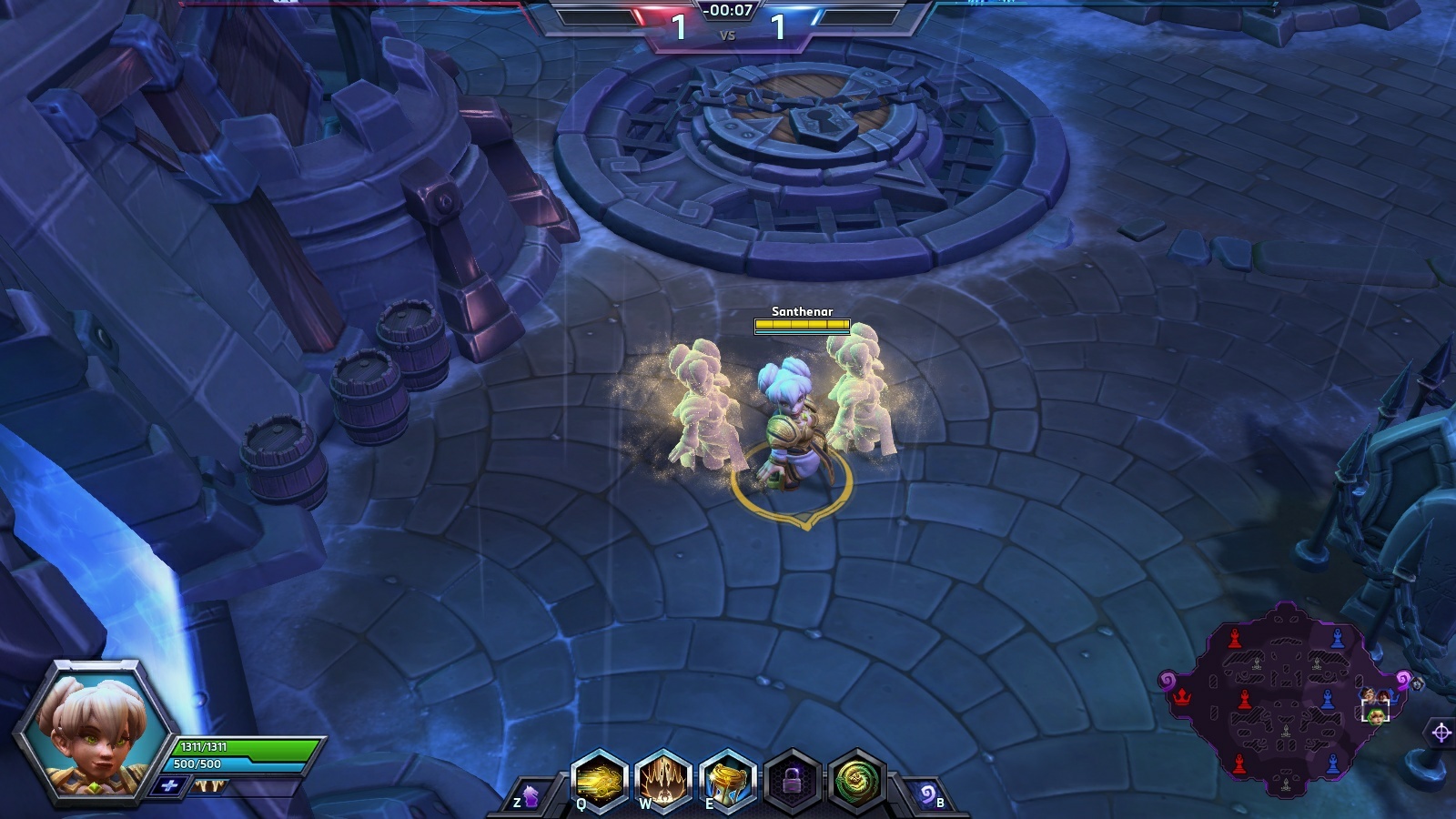 I’m not sure whether this was a conscious decision on Blizzard’s part or not, but if nothing else the fact that the studio didn’t try to stop it proves it’d lost sight of the vision of Heroes of the Storm as the casual-friendly MOBA.

Let’s look at Chromie, a character who in all seriousness almost single-handedly killed the game for me. With her high burst damage, lack of any telegraphs on her abilities, and an ultimate that all but guarantees a kill, she’s a monstrously frustrating hero to play against, and completely antithetical to the low stress environment Heroes was meant to provide.

I am not necessarily saying Chromie is over-powered. She can be countered, but it takes skill and most of all the correct team composition. At high-level play with draft-picked teams, she’s probably fine, but for casual quick play PUGs — which I consider the heart and soul of Heroes of the Storm — she’s a nightmare.

That’s not the only example of Blizzard only considering the high-end players to the expense of everyone else. Look, also, to the constant hero redesigns. Sure, balance changes are inevitably going to be needed in any game like this, but it is possible to go too far. Heroes of the Storm is not a well-balanced game, and it never will be. I’m OK with that. It’s the price you pay for fun and unique playable characters.

But Blizzard is never satisfied. It always has to keep tweaking things. Its passion for iteration was great when it mostly made single-player games and had to finish things to meet a deadline, but it plays havoc on a live service game. Heroes of the Storm changed so much so often it became all but impossible to keep up as a casual player.

It’s not just about balance. Blizzard has freely admitted it redesigns heroes who don’t need it, just to keep things “fresh.” I’m sure the hardcore players appreciate the shake-up to the meta-game, but again it’s exhausting to those who just just want to log on and blow stuff up in a quick match. 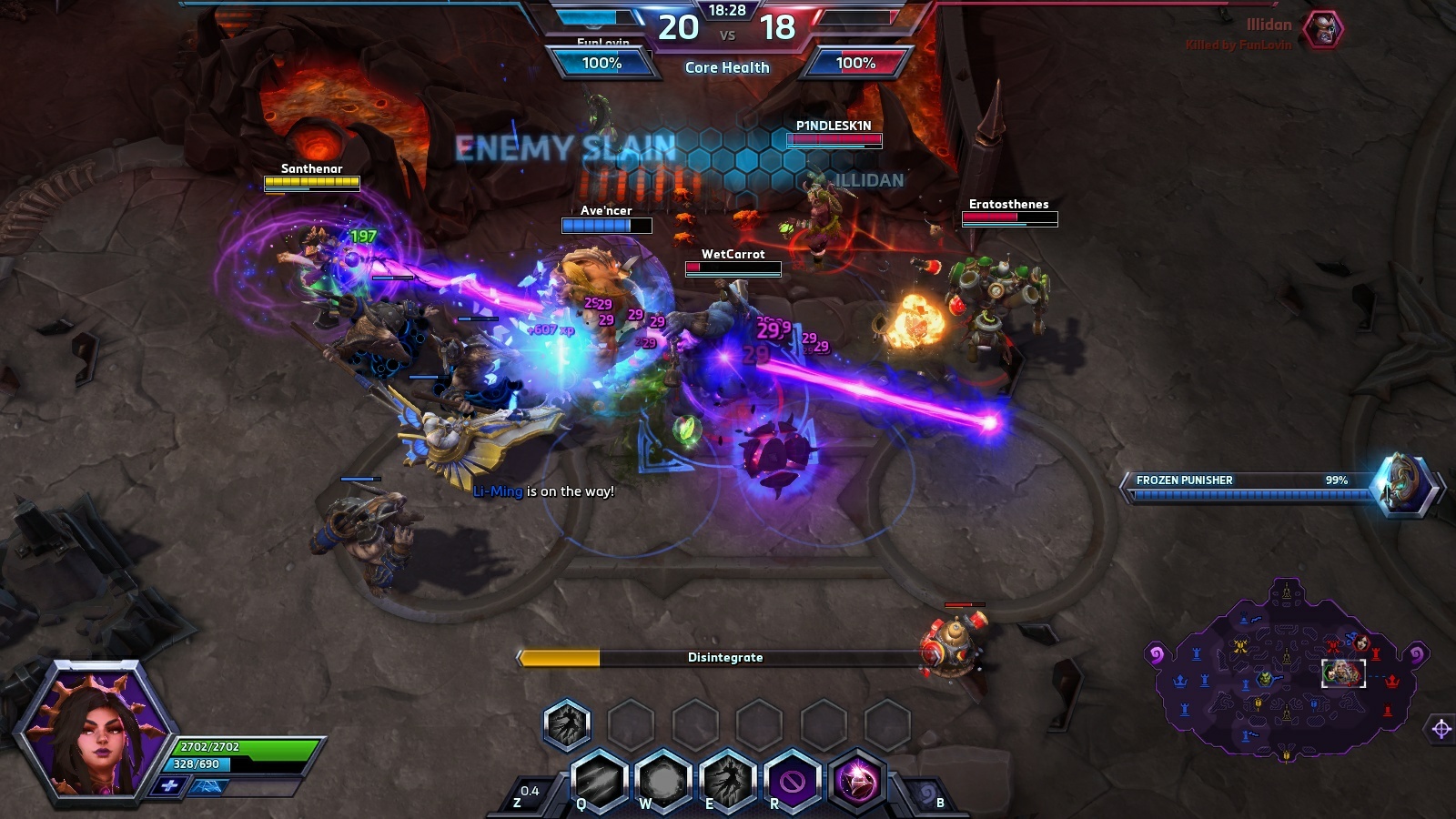 This is one of the biggest thing keeping me away from Heroes these days: All of the characters I used to love have changed so much I hardly recognize them. Meanwhile basic quality of life features, like a map veto, are still nowhere to be found. Their priorities are all out of whack.

This is one of the biggest thing keeping me away from Heroes these days: All of the characters I used to love have changed so much I hardly recognize them.
Heroes of the Storm was never cut out to be a serious, competitive esport. Personally I think MOBAs make terrible spectator sports at the best of times, but even putting that aside, I’d say Heroes was just too late to the scene to have much of a chance at keeping up with its more established cousins.

But Blizzard is ambitious, and people expect everything it does to be a monster hit, so Heroes was twisted into something it was never meant to be. Predictably, that effort failed, and now Heroes has died as an esport, and the commentariat flocks to declare the game as a whole dead and buried.

But here’s the thing: Heroes of the Storm isn’t dead. It’s still getting updates and new content, albeit a bit slower. And I think here again the unrealistic expectations are dragging the game down because I don’t think Heroes is dying. I think it’s returning to what it was always meant to be: a fun little side project.

Not every game needs to be a masterpiece or a blockbuster hit. Sometimes it’s OK to be a small, silly game. Sometimes those are the most fun of all. Heroes was always at its best when it was small and silly, and maybe now it can reconnect with those roots.

Given how hard of a sell PvP is for me, it might be too late for Heroes to win me back, but I don’t think it’s too late for the game to turn things around, as long as people are willing to accept it for what it is.