I don’t know what it is about Asian MMOs, but I’m inexplicably drawn to them. Maybe it has something to do with my background; as a kids, I hung out with the kids who played Gunbound, Ragnarok Online, and MapleStory. As a result, Eastern MMOs just remind me of an easier and more carefree time in life. Even today, the simplicity of going to a spot and going wild on enemy mobs is relaxing.

END_OF_DOCUMENT_TOKEN_TO_BE_REPLACED
A definite pillar in the genre is Lineage 2. Many modern Asian MMOs can trace their… well, lineage back to the Lineage series. And the sequel has always been a game that’s fascinated me. Released on October 2003, it was a game that I had great interest in but never could play. Despite my dad’s willingness to let my brother and me play violent video games, he was conservative when it came to playing MMOs. He didn’t want us playing games that never ended. It was a house rule.

By the time my college days rolled around, the rule no longer applied. It would’ve been a good time to get into Lineage 2, but by then Guild Wars had already dug its claws into me. I didn’t have a chance to try the game until April of this year, when the sudden urge to try the game took over me. I knew it was going to be difficult to get into this game, but oh boy, I didn’t expect how confusing of a time it was going to be. I had a hard time figuring out what the best way to play the game, but it apparently took a little legwork to get the best experience. 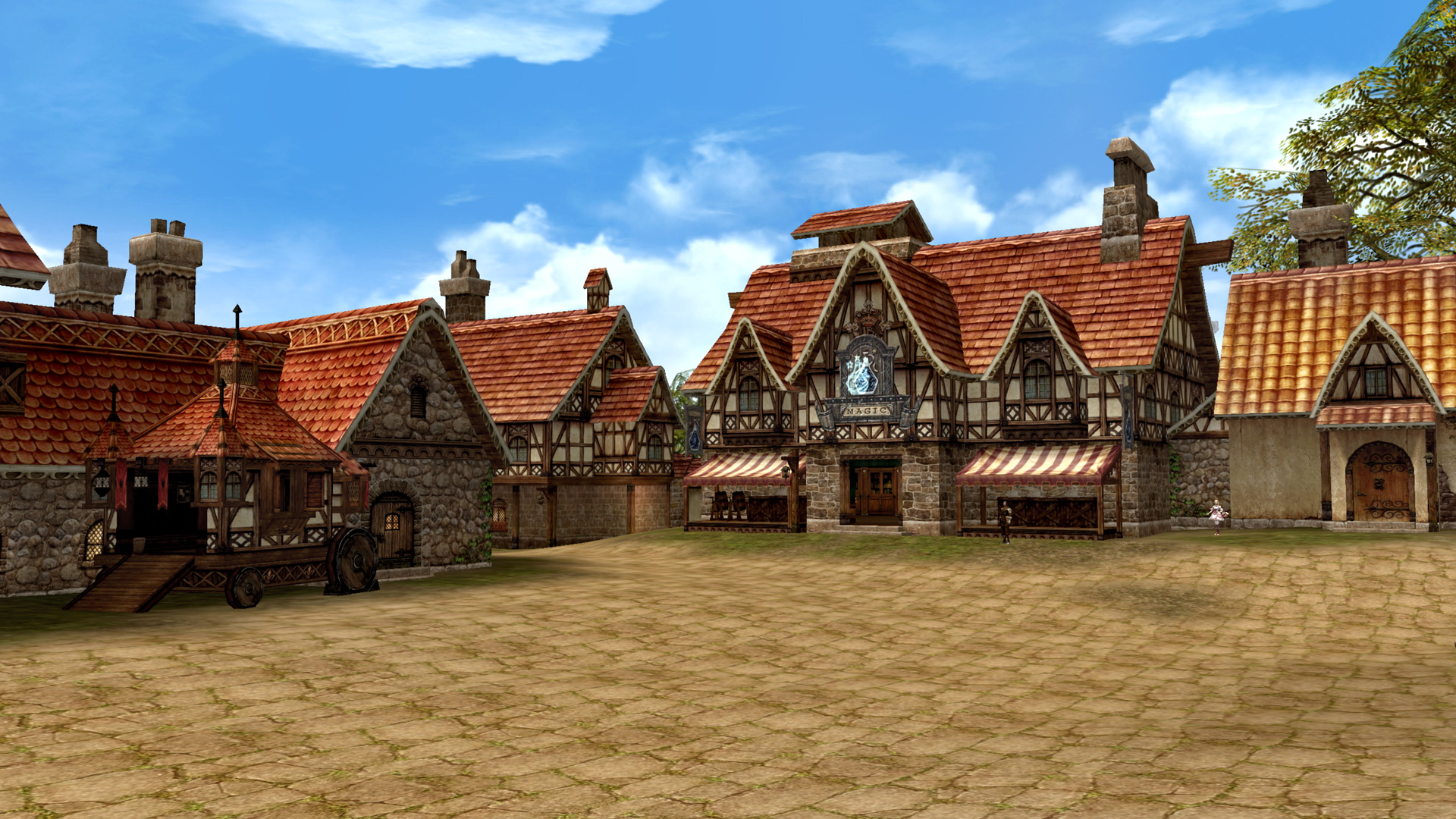 In the short time I played, I learned that one of the ways to do well on the official servers was to multi-box. It’s a way for players to make their own party. They run multiple instances of the game on their computer, with each one taking on the roles of a party. In order to manage them, proponents encourage careful use of macros, especially when people are using multiple computers to manage parties of 6=six or more. The option of playing the game on private server also turns out to be an option. There are a lot of servers out there, and from the looks of it, there seems to be one for a variety of playstyles.

For me, these practices hit the grey area between “if everyone’s doing it, then I guess it’s OK” and “I’m not sure if I’m breaking the terms of service that I didn’t read.” I just decided to play it out-of-the box on the official, non-classic servers. I rolled a human fighter and proceeded to murder tiny creatures in empty newbie areas. Eventually, the loneliness got to me and I fell off of the game. I didn’t mind the grind, but having nobody to talk to was making me feel bored. I stopped playing after about two days.

The main reason I fell off was the emptiness. Most of the players in official servers have been playing for years and have no reason to be in the newbie areas, it’s a well entrenched community, and the barrier to entry was super high. Considering these conditions, I could see why many players opt for the private servers instead. The road to endgame practically needed a lot of patience and some “creative workarounds.” It’s a recipe that only the most dedicated can overcome.

But then, in a single day, that all changed.

The Fafurion update flew under the radar for most MMO players, but it really changes the dynamic of the early game. The biggest change is that you can level from 1 to 85 in about an hour. A new, very easy, quest chain will net you a leveled-up character, wielding a powerful weapon and draped in stylish armor. That alone is wild. To go from a hundred-hour grind requiring the extra legwork of multiboxing and macroing to a single questline done in an hour? That’s one of the most straightforward ways to reduce turnover rate for people curious about the title.

The questline doesn’t just level you up. It also evolves the class of choice to the highest tier. I rolled a human fighter, but only for like 10 minutes. It quickly evolved to the Knight, the game’s tank variant. Twenty minutes later, I grew to the Dark Avenger, a tank with DPS. Finally, after another 15 minutes, I held the proud mantle of Hell Knight. A tank… from hell.

The max level is 120, but getting you to 85 sends you to one of the game’s main hubs, Aden. There you’ll see player shops dotting the main square, newbies trying to get a hand of the game, and players going about their business. Your next quest is to level up to 95. You only have to grind for about 4 hours, so it’s not difficult and if you love grinding, you’re in for a treat.

To facilitate your success, there’s an NPC that provides a powerful set of buffs that give major boosts to defense, attack speed, damage, and move speed. So far, the mobs I’ve faced are soloable. The addition of an auto button, which is basically an official bot for grinding mobs, helped making leveling in both Lineage 2 and Black Desert Online at the same time a breeze. (Because we’re about to end the decade and if you’re not playing at least two MMOs at once, you’re doing it wrong.) 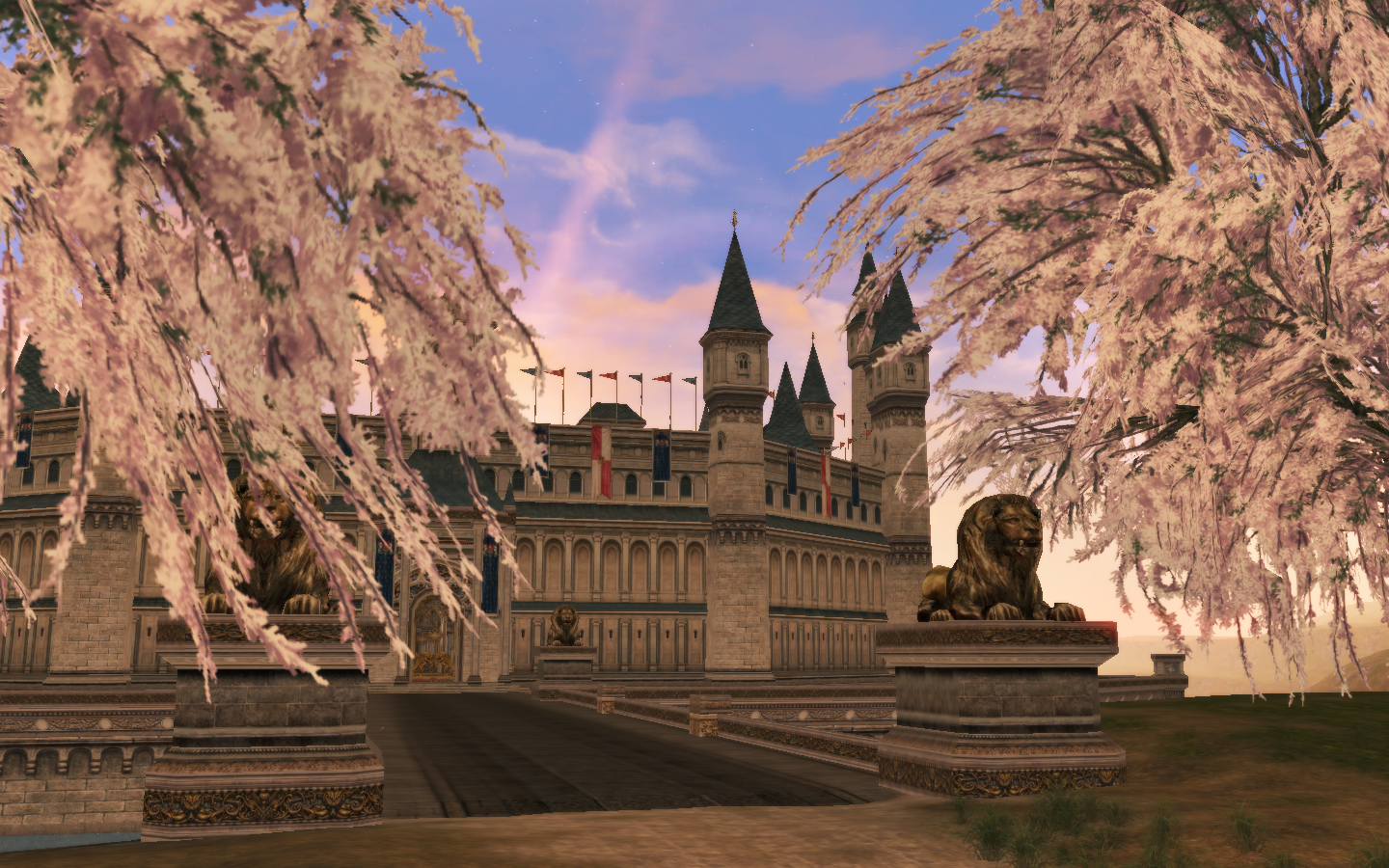 To top it off, the enemies you’re fighting are both fun and plentiful. The next 10 levels will have you slaying armies of terrifying undead monsters, but be mindful: There are other players doing the same thing. And that’s awesome.

Despite my tendency to player-kill-first-and-player-kill-again-if-they-come-back, I actually like having other players around. It’s the social aspect that makes grinding fun, be it from playing together, avoiding others, or PKing the guy who stole your kill. The spawn rates are quick, so players can use a relatively small spot to channel their inner murderhobo. Since everyone is essentially in the same gear level, fighting other players makes for exciting duels, and I could suddenly see why the PvP has always been a selling point in this game.

The leveling slows down at level 95, so be prepared to hunker down with your favorite playlist and grind. It’s almost like Black Desert Online now. The early levels come fast, but the final stretch is the longest. It’s a good change, as most players today are used to this dynamic. It’s a great starting point to prepare players for the eventual end game content. It’s pretty clear this change was to revitalize the aging game and spark interest in the upcoming Lineage 2: Remastered, and this is a great start.

I’m just getting my journey started with this game, so I’m eager to hear input from the veterans. Any feedback, additions and corrections are welcome, so please post a comment below and share your expertise!