Another year has come and gone. (Though we might be glad this one’s over.) Secret World Legends, the reboot of the beloved Secret World, will turn three this week on the 26th. Usually, that means an anniversary retrospective column all about the past year, highlighting the happenings in game. For SWL, however, there really isn’t much in-game to report on for its third year of life. Only one news bit for the year involved official content for the game! The rest was peripheral news involving the studio or — in the best scenarios — the IP itself.

END_OF_DOCUMENT_TOKEN_TO_BE_REPLACED
But lack of official content doesn’t mean that my favorite conspiracy-laden game is without things to do. The community has kept things going in SWL with home-spun events for players throughout the year. And the anniversary is no different. It’s a time of mega celebrating with a mega event: Cue MEGAversary 3, A Very MEGA Sequel! Created and sponsored by players and player organizations, this giant celebration of Secret World Legends has a number of events and contests for players to participate in. Funcom is even offering support and some prizes for the shindig. There are song and art contests, Agent raffles, a book giveaway, bike races, radio shows, and more! If you are a fan, you don’t want to miss out. And you won’t have to since we’ve got all the details below for you. It all kicks off today! 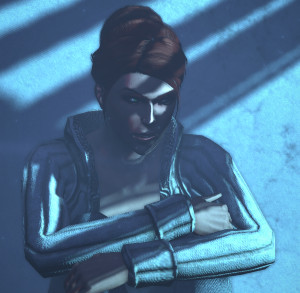 If SWL’s third year were a production, I’d say we need to cut and do it over. It just was not a performance worthy of this title. The memorable moments are very few (and usually more painful for the remembering). July 2019 through June 2020 was a pretty dismal 12 months for SWL fans who desperately want more of their favorite IP. Of the three biggest chunks of news over the third year, two weren’t even directly about the game.

Arguably the biggest news of the year was Tencent’s 29% acquisition of Funcom in September 2019, which then morphed into the recommendation of a full buyout in January 2020. While there was some inkling of hope that the influx of capital would result in some much-needed additional content for Secret World Legends, that didn’t seem to materialize. The only new content for the year did happen after this acquisition, but that was just one temporary investigation mission event. The other big news was the launch of the Halloween-time launch (March 2020 for consoles) of Moons of Madness, a single-player romp through the IP on the moon. While the game is a great delve into the Secret World Universe and an inside look at the Orochi, it still doesn’t count as content for Secret World Legends. In that same vein, the new launcher for Funcom games really meant little to SWL.

As noted above, there was one bit of content added to the game. I was so excited to learn of a new investigation mission, but that excitement was quelled quite a bit by the fact that it was a temporary Valentine’s Day event. Other seasonal and holiday events returned but without additional content. Poor Samhain is still missing the glorious Seven Silences missions of TSW after finally getting The Broadcast back in 2018!

Added note: While not one of the three major news bites, another tidbit deserves a big mention. The Secret World IP had another addition to its universe when author Amber “Blodwedd Mallory” McKee released a fourth book in her series about the world created by the game. As you can see, there was more Secret World-ing happening outside of Secret World Legends than inside. 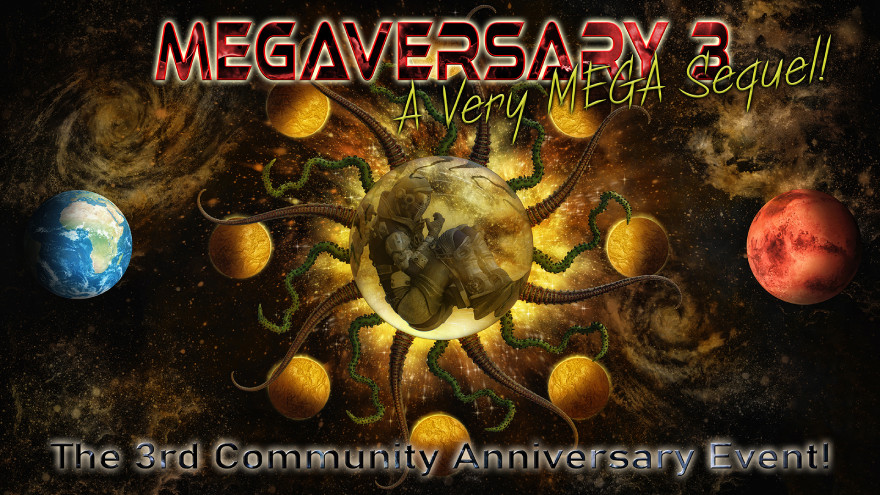 Now, if the community-developed MEGAversary were a production, then we say bring on season 3! This year’s event is dubbed MEGAversary 3, the very MEGA sequel. And there are a number of events already lined up (with maybe the possibility of more jumping on board as well as time goes by). You can enter contests or races for prizes, join in groups for hunting mega bosses, or listen to SWL radio shows. You can also watch many of the shenanigans on Twitch! Some events are time specific, while others contests have entry deadlines. Here’s a brief summary with links for more details. (For a full mobile friendly schedule of events, check out the official site.) 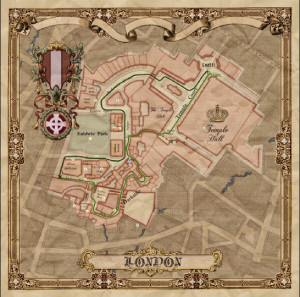 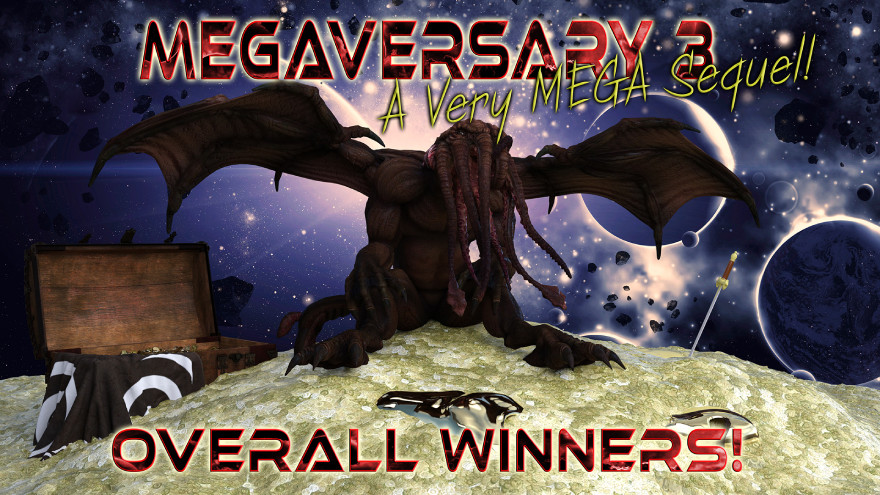 MEGA winner drawing held on or about July 15th 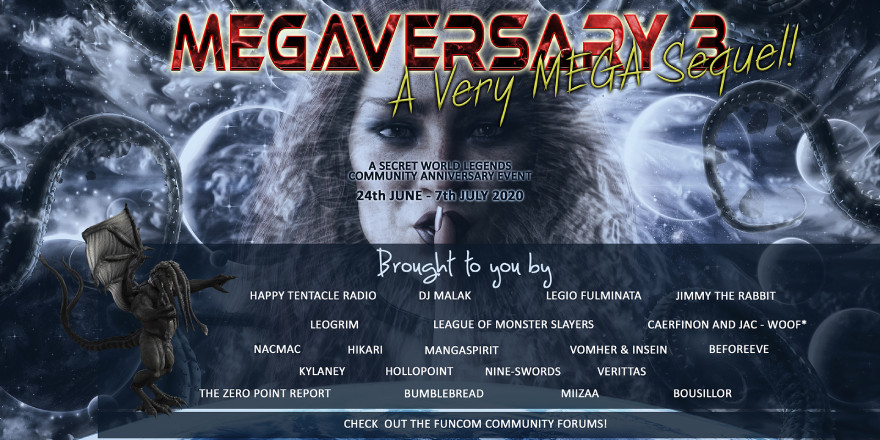 Thanking the movers and shakers

Want to take a moment to express gratitude to all those who are putting together this celebration? Tons of time and energy go into it, and we have all these players and organizations listed in the image above to thank for our big event. A hearty thanks everyone involved! Hope to see you there.

I just want something, anything good.

Said it before and I’ll say it again: The SW community does more for this game than Funcom does, and they’re champions because of it.

At the same time, i would like them to move to a game that actively rewards them for that, and to abandon Funcom, when they clearly don’t deserve any of it.

I was about to suggest that the Investigation Mission was more content than Rift added but then I remembered Rift got a few World Bosses and a grindy new tier of gear to work towards so nevermind.

It’s a god damn shame because the lore in SWL is better than 90 to 95 percent of MMO offerings on the market.

May those left in the community enjoy your events. You can see the love you have for the game in what you all have prepared. Too bad FUNCOM doesn’t love its game as much as you do.

I’m a lifetime subscriber to TSW, and therefore a lifetime “able to run dungeons”er to SWL, theoretically. It is, beyond a flickering aspartame-aftertaste shadow of a doubt my favourite gaming world to play in. I loved it at launch.

Then Tokyo took so long, Ragnar left, Scrivomancer left, a succession of replacement producers left a single “letter” each before being moved onto Conan The Dickwaving. The South Africa storyline was a great prologue to the second act of the campaign, although not very meaty as it was. That’s one major update in five years since the end of the Tokyo campaign. Five years since the last new Dungeon. Some of the TSW ones *still* aren’t in SWL.

I’m disappointed in Funcom, and I’ve no idea where they can go from here. Maybe they can sell it to Red Thread, or some kind of Standing-Stone like setup, or just put it out of its misery.

They’ll never sell it….Making too much off the spin offs.