New World has improved considerably since launch. I’ve had a lot of praise for the changes Amazon has made, and I’m looking forward to seeing the game continue to evolve. That said, there is still the potential for further stumbles. There are a couple of issues I see within the game or brewing on the horizon that could become serious problems if not addressed.

To be clear, I am still optimistic about the game going forward. All of the things I’m about to talk about are things that could well be addressed or mitigated before they drag the game down, but it seems wise to start talking about these problems now before they become more serious.

New World has a somewhat justified reputation for bugs and instability. Early on it suffered from a series of high-profile duping exploits, and while I think the long-term repercussions of those exploits have been exaggerated, the stain on the game’s reputation remains.

Things have gotten a little better since then. Exploits are no longer common, and new patches seem to have better quality control, but the game continues to be dogged by technical hiccups.

I managed to escape being affected by any of these for a long time, but around the time of the summer patch, I started experiencing random lag spikes and brief freeze-ups. I expected this to be a temporary issue, but it’s now months later, and it’s still happening. Once able to run the game smoothly with maxed graphics, I now have to run it on low, and that still hasn’t totally fixed the lag. 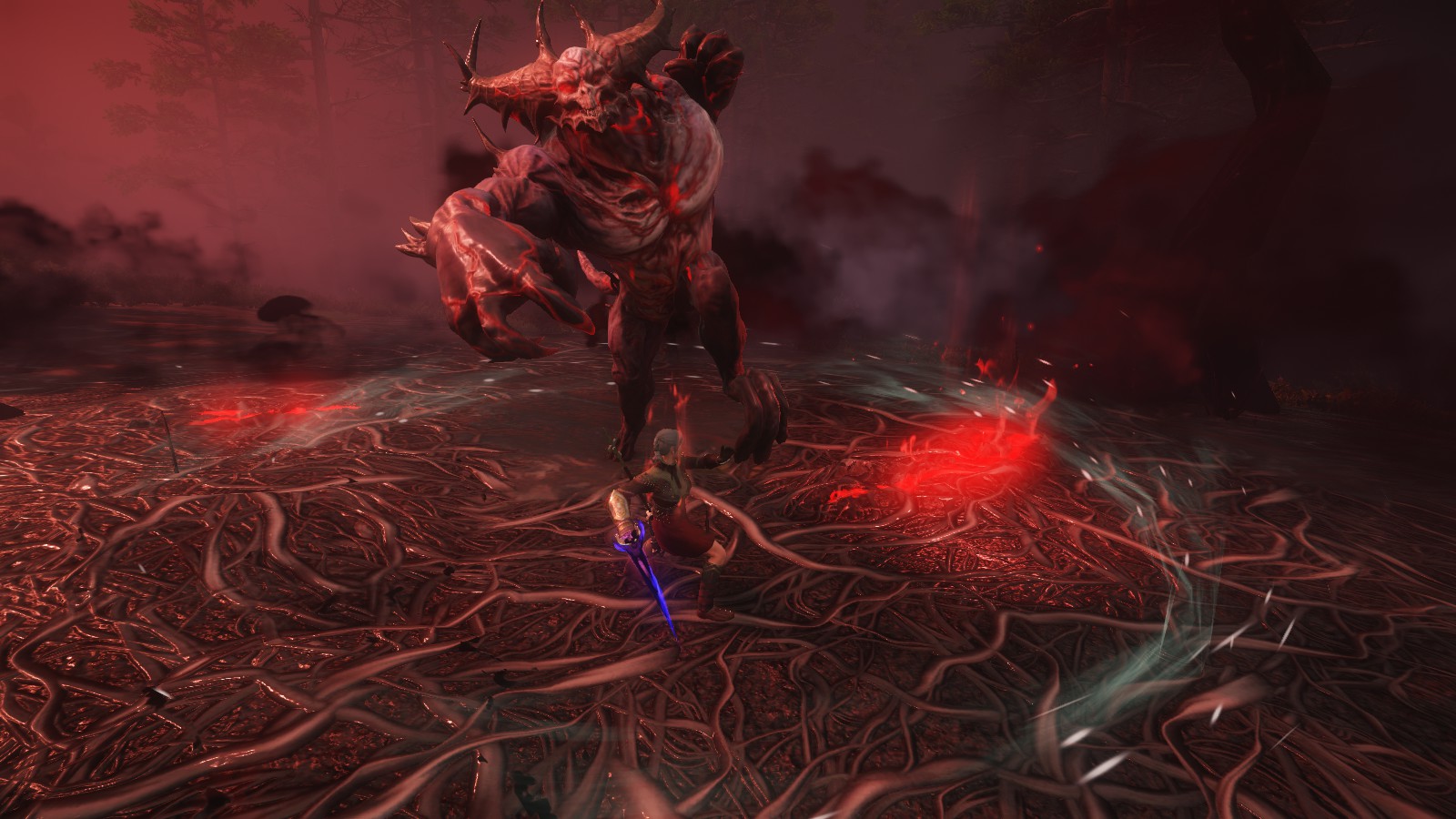 I have long since accepted that bugs are a fact of life in MMORPGs, but this is definitely worse than the average. I suspect New World‘s fundamental tech is too flawed to ever fully escape its glitches and poor optimization, but one would hope it can do better in future than it has so far. I’m getting tired of wasting potions because the game locked up for five seconds in the middle of a boss fight.

The “Queue World” meme didn’t come from nowhere. The game suffered from massive queues when it first launched, but even now that its population is much smaller, the more populated servers still often deal with queues at peak hours, especially around major patches.

Lower population servers have their own issues. There aren’t enough people to fully upgrade most towns, or to form groups for outpost rush. Cross-serving grouping for certain activities (confirmed to be in the works) will solve the latter, but not the former.

So far Amazon‘s solution has been to open new servers when populations get high and merge servers when they’re low. This has worked far better than one might expect; Amazon’s server merge tech is incredibly smooth. Between my various characters, I’ve been through at least three or four server merges now, and all that’s really changed for me has been the server name on the log-in screen.

Still, this constant shuffling of player populations is a bit of a bandaid, and it doesn’t solve other problems, like not being able to create a character on your friends’ server if that server is locked due to over-population.

Essentially, the game only functions well if a server has a very precise level of population. The game systems start to break down if you have too many or too few people. 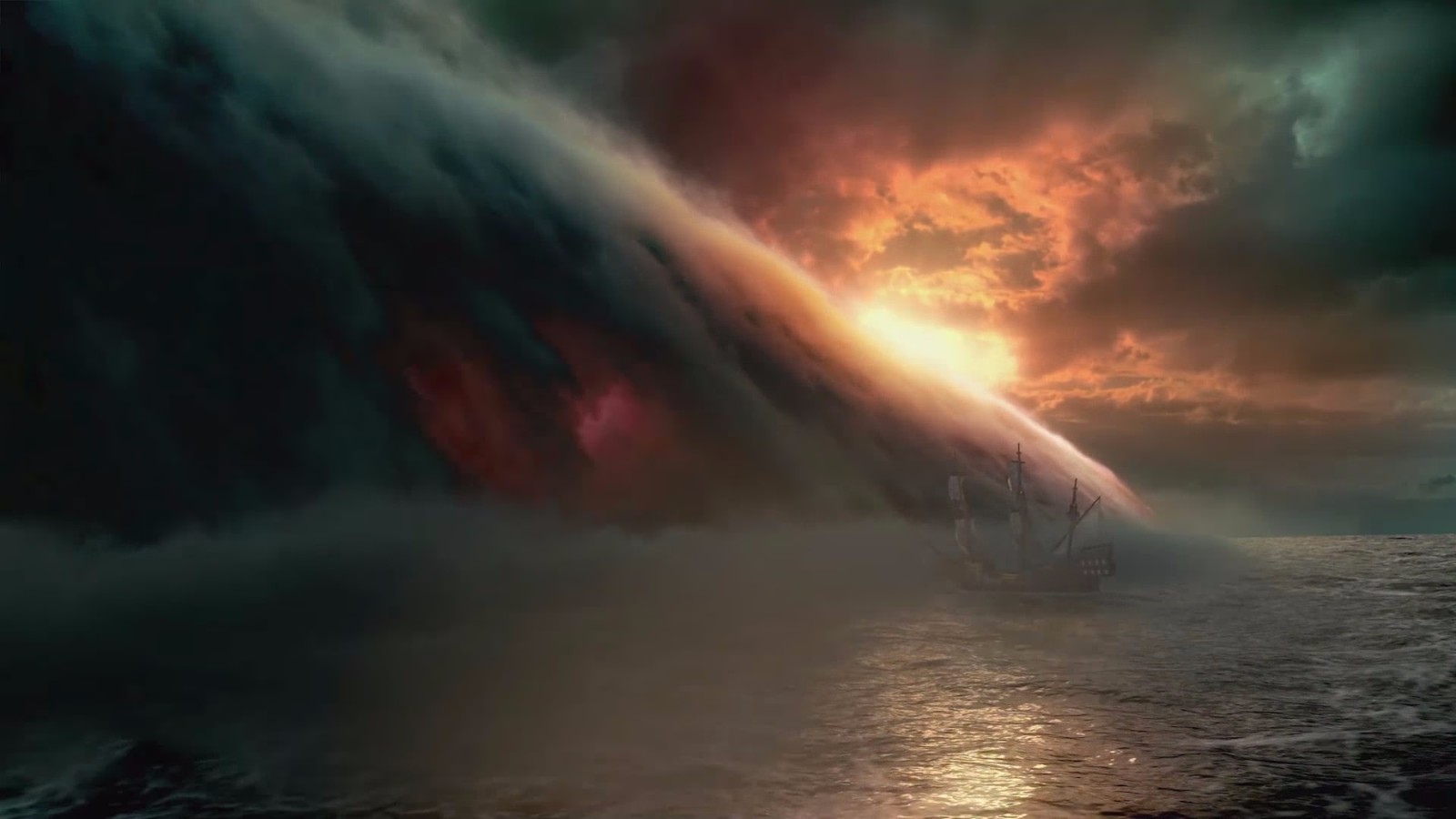 So how do they solve this? Honestly… I have no idea. It’s easy to say “mega-servers” or similar, but New World‘s game design doesn’t really mesh with the kind of solutions most games have come up with for these issues. The territorial control mechanic requires a server to have a consistent, native population.

The best I can think of is some kind of layering system wherein there are multiple instances of each server that people can hop between, but even that has issues. By increasing the population of a server but keeping the number of territories the same, you’d effectively be making territory control even more exclusive than it already is.

There may simply be no easy solution to the server problems. It’s probably New World‘s most difficult issue to solve.

The slide toward “raid or die”

In my last column, I praised the solo-friendly nature of New World‘s endgame. The reality is, though, that New World isn’t so much exceptionally friendly to the solo player as it is that the bar for solo support isn’t that high in this genre. NW‘s solo endgame is good enough, but no more than that.

This is why it concerns me that there are signs the game is trending away from supporting solo players.

The new heartgem rune abilities introduced in Brimstone Sands has been a huge disappointment for me. They could have been a great form of horizontal progression for all, but instead they’re the almost exclusive domain of high end dungeon-runners. 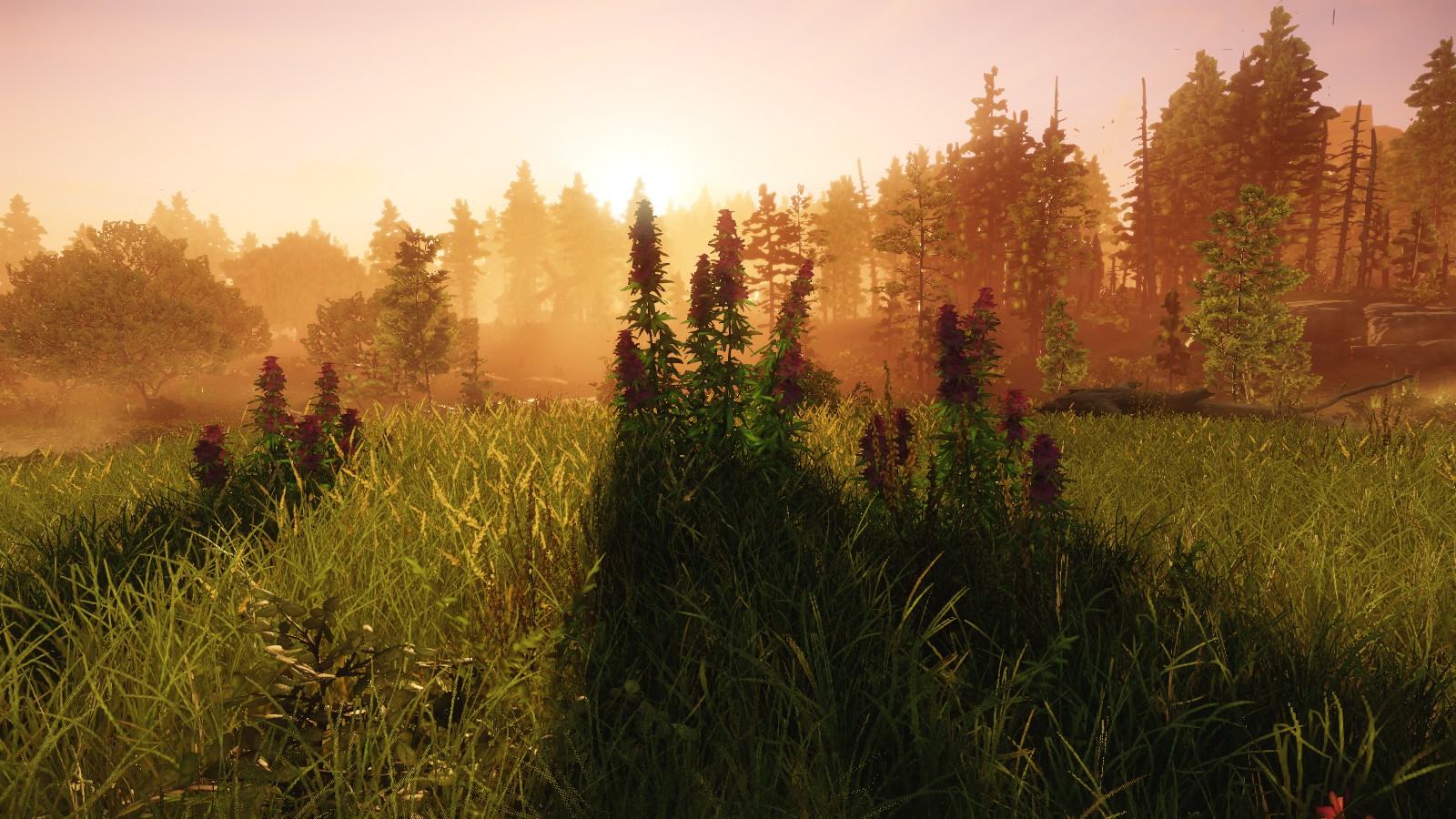 You can get a rune for free from a quest in Brimstone Sands, but just one, and you have no choice over which you get. Everyone gets the same one. It’s also much more difficult (though not necessarily impossible) to gain the materials to upgrade your rune if you do only solo content.

(As an aside, while of less concern to me personally, heartgems being mainly available through dungeons is also a bit of a kick in the pants to PvP players, especially as many of the runes are apparently quite strong in PvP.)

This is a bad precedent to set, and with instanced raiding looming on New World‘s horizon, I worry this is a sign of things to come.

I’m not opposed in principle to New World having raids, nor do I think that kind of content is inherently problematic, but there is a pretty extensive history in the MMORPG genre of casual players being neglected in favour of the raiding community, and there are already some signs of New World heading in that direction. The developers have already said that the sandworm raid in Brimstone Sands will contain exclusive cutscenes, and that sets off serious alarm bells for me.

It’s only natural that the players who do the most difficult and time-consuming content should get the best rewards, but there’s a fine line between giving them the rewards they deserve and treating more casual players as second class citizens.

For me, locking story revelations and major character customization options behind challenging group content are red lines that I don’t think a game should cross. I’m fine with raiders having higher item levels than me, but I don’t want to feel like I’m missing out on the full experience of the game by not participating in a niche form of endgame content. 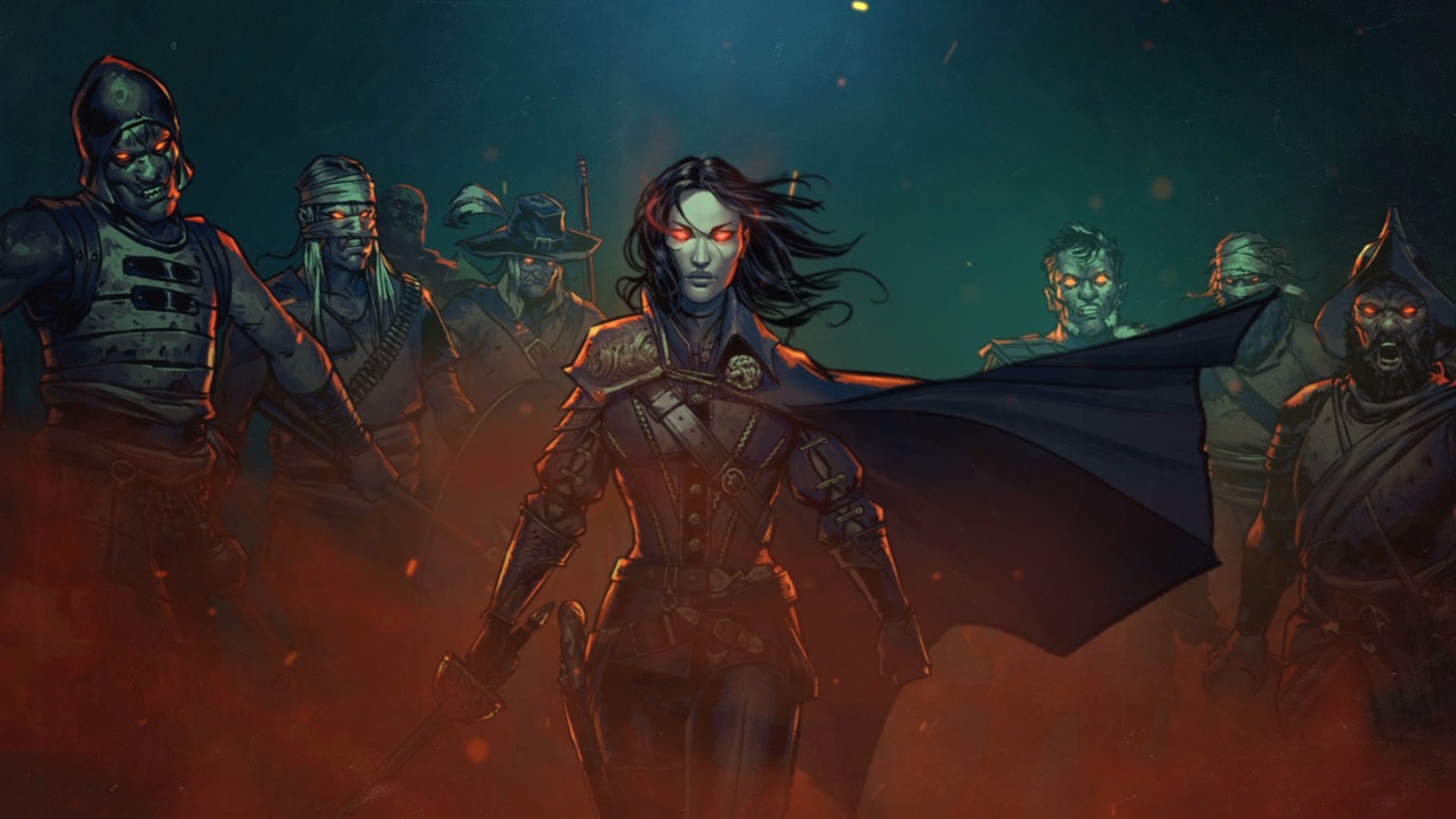 I do want to say that this could all be an overreaction on my part. It’s quite possible that we will one day see other paths to heartgem runes, and that the story of the sandworm raid will just be a footnote in the lore and not something essential to the ongoing plot. The devs have also said they want to add more solo endgame activities, which is encouraging, though we’re lacking in details on that front right now.

But in case I’m not overreacting, I want to sound the alarm bells now because going down the “raid or die” path could erase all the great progress New World has made so far. Just look at how well it’s gone for World of Warcraft.