I’ve now put a solid day of playtime into Heart of Thorns, so I decided that it was finally time for the first of my launch diaries. There’s so much to talk about and many features or elements deserve a separate post to fully discuss, but I wanted to get started with the immediate things noted during the first few hours of play. All in all, I think the Guild Wars 2 team should be very proud right now as they recover from the launch day madness. While there are certain big decisions in terms of direction that have upset both me and the bulk of the fanbase (cough cough the death of dungeons, which I’ll take a separate diary entry for), I’m most definitely enjoying the expansion so far.

See below for my short list of the good, the bad, and the janky that I’ve experienced during my first foray into the heart of the jungle, complete with a packed screenshot gallery at the end. 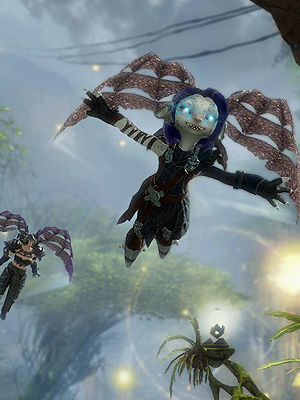 My experience was largely a positive one and this is thankfully the largest section of my article. My positive experience is due in no small part to the environment designers at ArenaNet who have worked tirelessly to bring something new to the endgame experience.

The most obvious entry on my good list is verticality: the new map is huge feeling simply because of all the various routes both up to the canopy and down to the roots. This will no doubt only be enhanced as I further my masteries and gain more proficiency over the jungle, so I absolutely have to give a nod to the map designers at ArenaNet. I wasn’t on board with the verticality before we were shown the jungle’s offerings, and I detest the clunky exploration mechanics of Dry Top and the Silverwastes, but I’m really digging how fluid the navigation mechanics are in HoT.

I don’t know how long it’ll take me to see all that the Heart of Maguuma holds, but even now I’m delighting in the visual diversity that’s sprawled out before me as I adventure. I find that endgame zones in MMOs have a tendency to look quite stark and serious, a heavy cluster of utilitarian structures set against a bleak and imposing sea of beige-grey tundra that is all action and very little fun. The opposite is true in HoT, and I’m delighting in just exploring the jungle with the aid of my masteries.

Don’t worry, fair reader: you’ll find no story spoilers in this launch diary! I’m not planning on spilling anything about the story over the next few days because I really want you to experience it for yourself without me blabbing the details beforehand. The team at ANet guarded the story with the ferocity of a lioness, so I don’t want to dive into the spoilers too soon. Suffice to say that I’ve really enjoyed it so far, so I can’t wait to see what comes next.

The diversity between night and day is critical to keeping the new content fresh as we hone those masteries and work on our elite specializations. The countdown to nighttime gives a fantastic sense of rushed panic at times, especially if you’re far from one of the camps, and it also changes up events and the usual play strategy for even more choice.

I just adore exploring the jungle with the aid of the travel-based masteries. Gliding is an absolute dream and is totally effortless (seriously, I’m a terrible navigator and even I’m fine with it), and mushrooms are stupidly fun to use even after hundreds of uses. Masteries most definitely make the XP grind easier, and I’m finding that each XP bar is filling more quickly than the last as I gain more and more mastery over my surroundings. 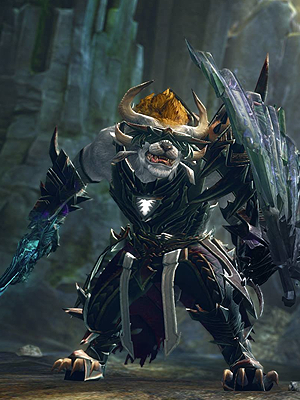 My bad section is welcomingly short, but the points below were totally worth a mention here. My gripes aren’t terribly major at this stage and I have enjoyed my playtime regardless. Future diary entries will cover the more significant complaints I have because they did not fall within my first few hours of play.

While I’m on the subject of masteries, I have to point out that there’s a seriously disappointing case of railroading to be found in gaining new masteries. Specific masteries are needed for story advancement, as is pointed out by various NPCs along the way, meaning I have to temporarily halt my story progress to grind if my accrued XP isn’t matching the developer’s expectations. I also don’t have much choice in what to level next anyway since most masteries stay locked for the first while. I’d much prefer open choice and multiple methods of completing the story chains so that I’m not left feeling so handheld.

Soloing is exceptionally difficult in the new zone and is close to impossible during certain events. I got my face rolled several times in the jungle despite how populated it is right now, and that’s with a helper in the shape of my fiancé. The night cycle is particularly bad for this, and enemies are very densely packed during camp assaults. This lack of soloability was expected as the ANet team pointed it out several months ago as the beta testing commenced. I still find it a shame, though, especially for those who use Guild Wars 2 as their rainy day casual MMO of choice.

The wait as I finish training up my elite specializations is killing me, people. This is totally more an impatient whinge than a legitimate bad point, but I just cannot wait to get unlocking! I started off at the halfway mark despite excellent preparation and still haven’t unlocked my elite spec, but I have seen people pop up on Reddit with their elite specializations over the last couple hours. 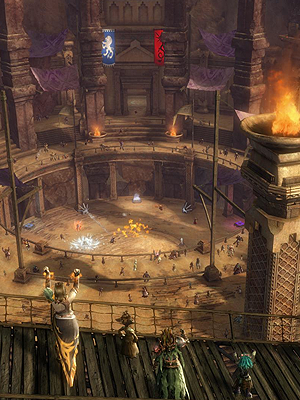 This is the point where I have to congratulate the ArenaNet gang: This has been the smoothest expansion launch I’ve ever been part of, and I’ve not experienced any drops or significant bugs myself aside from an airwalking glitch in which my character was floating that fixed itself. Having said that, there are some points worth mentioning here.

Some people are experiencing drops

My playing buddies and some commenters have had several connection drops, and my fiancé lost some of his story progression because the game crashed while he was completing a section. I know of at least one regular reader that had to wait out each patch download because when he attempted to play the game while the download was at the “playable” state, he’d drop every time. Although this is totally expected on launch day, it does deserve a mention.

Glider drops and getting stuck

Today I learned that my Sylvari necromancer isn’t as willowy as she thinks she is, and she might perhaps need to lay off of the Halloween treats. Some areas of map haven’t been drop-proofed for gliders, meaning that I’ve got stuck in random geometry while falling from my glide a few times now. In a map with flight, I would have thought that beta testers and internal staff would have jumped off  everything in sight in order to check for such traps, but I’m still having to waypoint away from my target area at times because I’ve managed to wedge my poor toon someplace uncomfortable looking.

All in all, I have been enjoying my first foray into the Heart of Thorns content. I hope those of you who are playing are having a blast despite the issues you might stumble across. If you’re curious about the expansion and haven’t taken the plunge just yet, check out my gallery below for some beautiful screenshots of HoT in action. My parting advice is to watch out for those damned pocket raptors on your travels… I don’t know how I manage it, but I miss spotting them every time.