Aw, you guys! The call for winter and holiday screenshots proved to be a sustaining request, as many of you kept sending in more and more pictures from your gaming folders. As a result, here’s a second column in a row celebrating the season!

We’ll kick off with this artsy shot of reader Jake in The Secret World. “The Secret World is proving to be quite the screenshot-worthy title,” he writes. “Recently I went Shambala chasing a thief for the Templars and did what any other hero would do when the fate of the world rests solely in their hands — I stopped to take some screenshots. Hey, he wasn’t going anywhere and the view was breathtaking.” 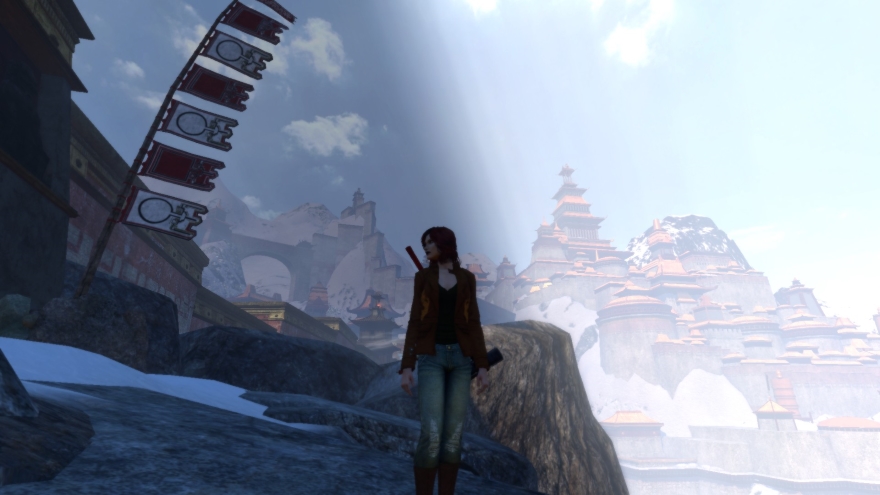 This next one might be hard to see, but winter doesn’t always play fair. Captain Stormwaltz reported in from Star Trek Online: “Young Klingon warrior Adja Kadi and her crew came to the penal colony of Rura Penthe pursuing a Federation spy. He escaped to the frigid surface, but was tracked down with the aid of a jackal mastiff. An attack by the corrupt warden was resolved with a bit of close air support, courtesy of the I.K.S. Kaza.” 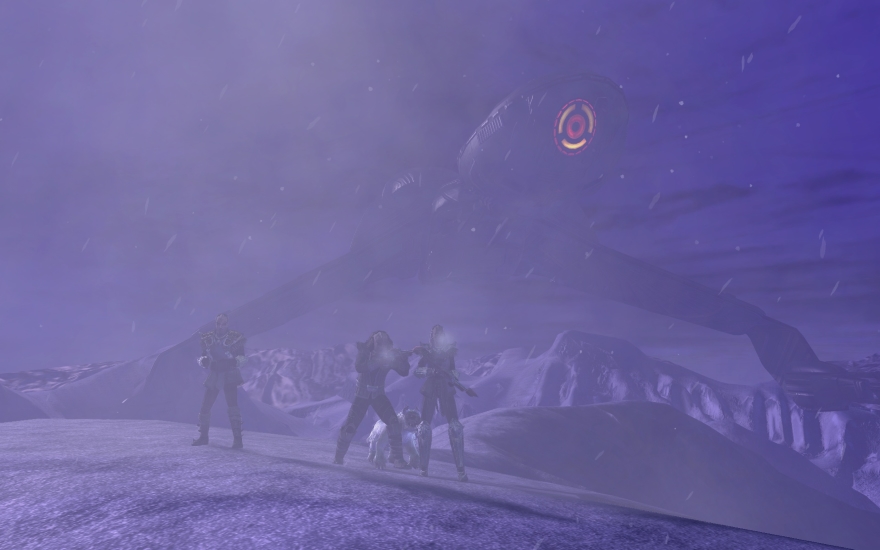 If you can’t beat the season’s tacky fashion, you might as well join it, right?

“Here I look like I’m early in line for an ugly Christmas sweater contest!” reader Brook said from the epicenter of Winter’s Veil in World of Warcraft. 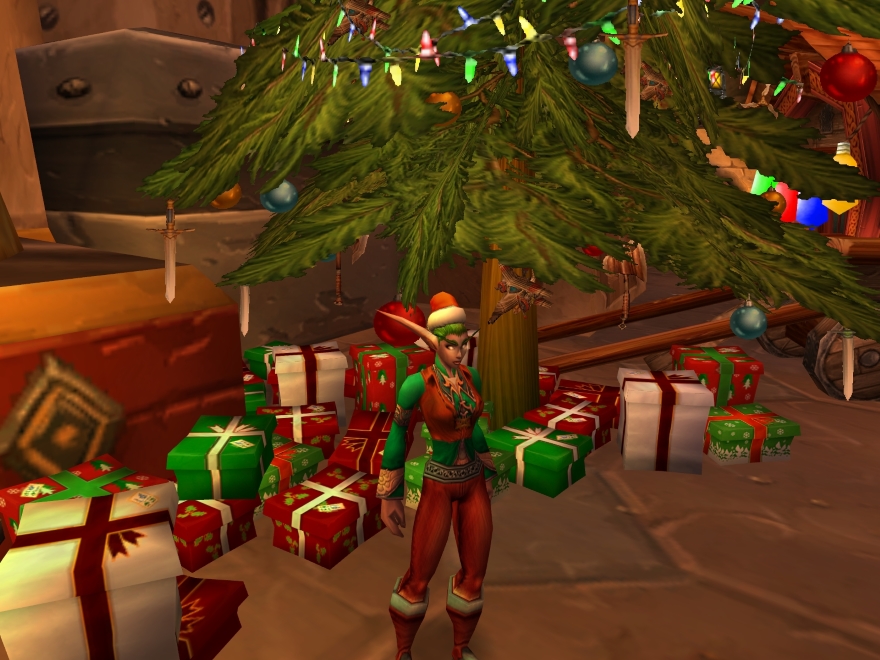 This is a great time of year to get into thematic housing, and reader Liandreth had this to share from her abode in ArcheAge. “I went a little crazy with my decorating this year. Just wish there was some kind of snow option!” 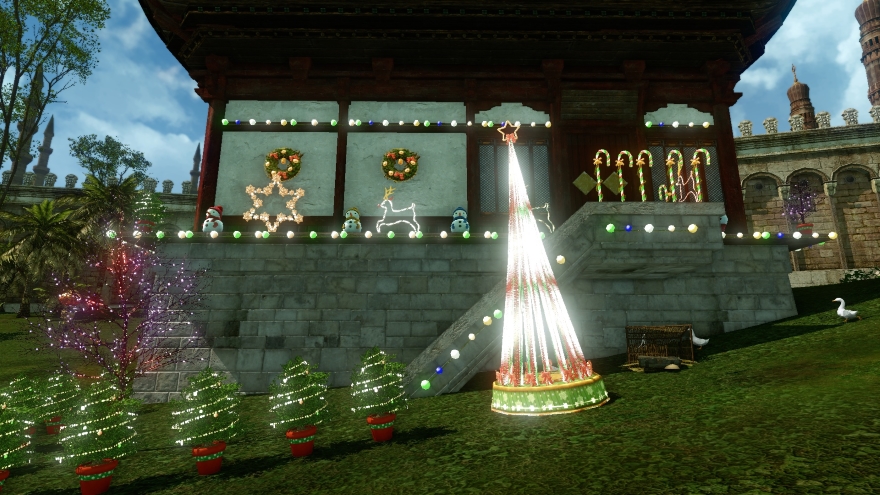 Our final screenshot today is from the always-entertaining Wonder Llama. “Here’s screenshot from back when I used to play classic Guild Wars more regularly,” he said. “Because nothing really says ‘Christmas’ like tromping through a tropical rainforest and searching for lost presents while accompanied by enchanted snowmen and a shaggy caribou with a glowing red nose. I mean if that doesn’t get you into the Christmas spirit, I don’t know what will…” 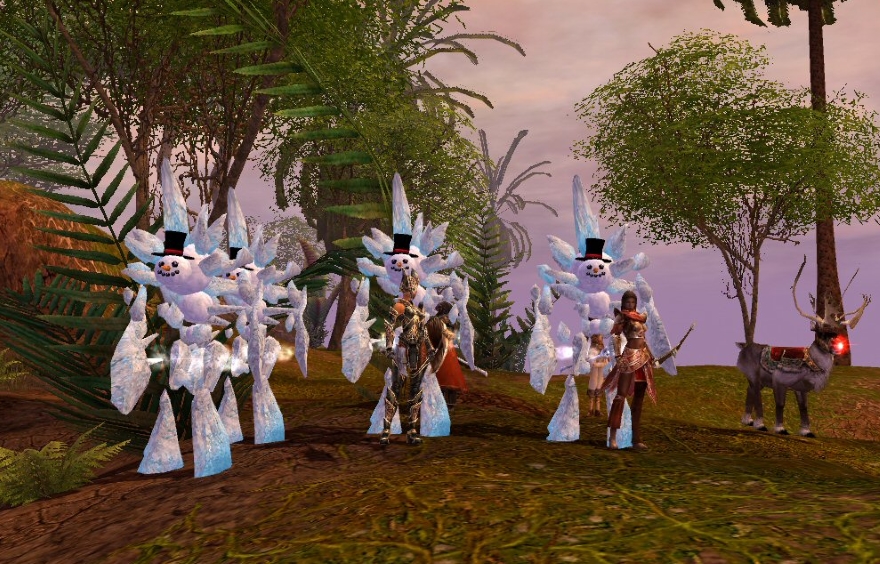 Stay tuned, for next week we’ll kick off the new year with a look back at the best One Shots from 2015!