With last week’s release of GU100 in EverQuest II, an interesting conversation reared its head again — a not necessarily flattering one for Daybreak. While I am as excited as the next person for new content, I have reservations about this delivery this time around. That’s because this recent game update’s content is gated behind a subscription wall, which leads me to ask: Are non-subscribing players second-class citizens? Specifically, are those who choose not to buy into membership considered inherently substandard in the eyes of developers, regardless of how much money they put into the game?

I’ve made pitches more than once for people to pony up and pay for games they like. Nothing says that has to come in the form of a subscription, though. Game models today provide various ways to pay and play, so I wonder why devs figuratively spit in the face of those who want to give them money in one of those other ways. Is sub money somehow superior to non-sub money? While I personally have kept my All-Access going basically from the beginning, why is a friend who prefers to use the offered a la carte method not worthy of obtaining the same content? I’m not talking about folks who are fully free-to-play and never invest a single dime into the game; I referring to players who opt out of subs but still fork over up to hundreds of dollars between the Marketplace and expansions (versus my measly $15 a month). Why is there content these folks can’t purchase, even if they want to? This really does not make sense to me.

I’ve come to think that how the goodies of GU100 were made available was wrong, and it worries me about content distribution going forward. Slighting paying customers is sure to drive away business. How much, I can’t say, but I have friends who refuse to spend in games they actually planned to when learning no matter how much they spend, it will never be “enough” to access content. Special perks for subscribers is all well and good, but content should be accessible to anyone willing to pay for it, whatever their method of doing so. 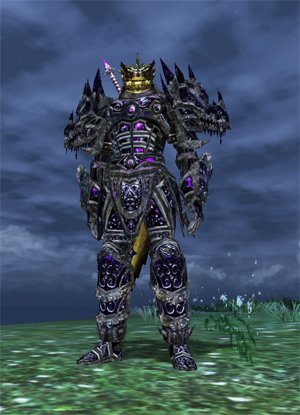 The discussion on this subject with a friend started back when EverQuest II started offering special bonus-XP weekends to members only. This brought up the question about what perks do those who drop money — and sometimes significantly higher amounts — do get? After all, these players are supporting Daybreak and EQII by pouring money into the studio’s coffers just as much, if not more, than a subscription would. The answer is nothing. They get nothing. And now, they can’t even buy and play the latest “expansion pack.”

At no point did any of us believe that that subscribers shouldn’t receive some special benefits or perks for their continued loyalty. Special sales on the Marketplace? Sure! A handful of Daybreak coins? Right on! Bonus in-game currency? Awesome! Free Legends of Norrath packs? Bring on the loot! These are a few of ideas that EQII already implemented. And they are appreciated. I just don’t think that “special benefits” should be in the form of expansion-type content that is inaccessible any other way.

Expansion is as expansion does

Let’s be honest, the new zones, new raids, even new collections — this is all expansion/expansion pack-worthy content. In the past, this type of content was available as a free supplement to those who purchased expansions (such as Scars of the Awakened for Destiny of Velious owners) or a paid DLC (like Rum Cellar). So why the change? Is getting that magical sub number for one month really so all-important that you’d tell a large portion of paying customers who would buy the content that their money just isn’t good enough?

You might point out that other games have content/feature restrictions. I agree. But I think other games handle it a bit better than GU100. For instance, ArcheAge does not allow non-subbed players to own land. However, that does not prevent said players from participating in farming. It may be less convenient, but those who don’t own land can farm in special public plots or be granted access to friends’ plots or guild land. There is still a way to utilize the content, but having the subscription just makes it so much easier and more convenient. That’s the way it should be! With GU100, you can’t access it no matter what without that sub.

Although I am very much not a fan of Star Wars: The Old Republic’s free-to-play model (I think it is pretty much the worst out there!), the way BioWare is handling the Knights of the Fallen Empire content dispersal is fabulous. The story is coming out in chapters, but only those who subscribe get access to these chapters. Sound familiar? Here’s the key difference: When you subscribe, you immediately gain access to all chapters published up to that point, and you keep that access forever, even if you unsubscribe! Basically, this can be seen like a one-time expansion purchase; you get the goods and you get to retain them to play and replay at your leisure. Not so with GU100. While I cannot confirm this on a personal level (as I am not yet high enough level to access the content), when I approached Daybreak for clarification, I was led to understand that access is available only during active subscriptions. That means if you have to unsubscribe for whatever reason, you’ll be locked out of finishing the content you started.

Picture this: You can only rent time in game’s expansions. Forget buying it outright — you have to lease it, and once you stop paying, the plug is pulled on you. If a game is subscription only, then it makes sense that you can’t access and play, but it makes no sense to me that content that you have previously accessed becomes locked again when your sub drops in a free-to-play game. That already happened in EQII with the grade-level of gear you can wear, and now it is happening with what zones and fabled dungeons you can enter. 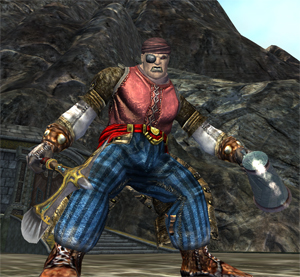 I miss the simplicity of games adhering to the subscription (aka Netflix) model — access everything as long as you have paid for the month, lose it all when you don’t. That’s not to say I will totally demonize free-to-play and all the various other payment models; I just think the system has gotten pretty convoluted. And I think that if you are going to allow players the option to purchase content piecemeal, you should allow them to purchase all the content piecemeal. Cash is cash, be it from a subscription or not. And I don’t think Daybreak is in any position to be turning its nose up at cash.

Let me take the thought one step further: If the idea is to reward those who monetarily support the game, perhaps Daybreak can devise a way to include anyone who has made a certain threshold of purchases in the last 30 days in bonus-XP and Marketplace sales events. Give perks to anyone who supports the game monetarily, not just those willing to plug in credit card numbers.