Admit it: At least at some point, every single one of you had doubts that Landmark would actually ever launch. Hey, it’s understandable. I have been there, too. After such an extremely long alpha phase and a lengthy closed beta phase (but no open beta!), doubts were natural — even expected. Then there was the SOE turns into Daybreak thing. And then the loss of so many talented developers. After all that, we were greeted with radio silence. After all this, even the most hopeful and dedicated of supporters had moments of uncertainty. Who could blame them?

Since you may have thought this day would never come, you may not be ready for it. (We are not going into whether or not the game is actually ready right now). Even if you think you are more than ready for this to finally be a real live game and are wishing the launch day were here right now instead of next week, there may be some little housekeeping things you have overlooked — some prep work that you want to accomplish before the beta servers go down for good on June 7th. That’s where we come in. To find out all you need to know for this occasion, you can check the official forums, but where’s the fun in that? To help you get all set for the big day, we’ve got a run down of things you may want to check on to make sure it all goes as smoothly as possible for you. Here are the highlights you need to know about Landmark’s launch — and probably a few things you didn’t! 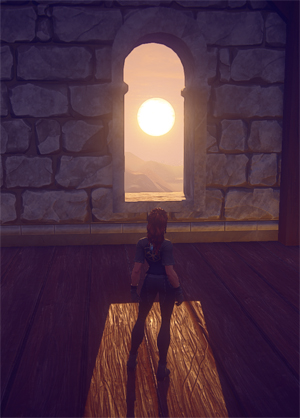 When folks first purchased that highest tier of founders packs way back when, one of the perks was an early head start. This was thought to be valuable because you could get prime spots of real estate before the landscapes filled up. While the landscapes may not be totally full as they were in the beginning months of Landmark, getting your perfect spot still might mean beating others to it. And after all the other changes (and yes, feelings of broken promises), is the head start still a thing? Will it actually happen? Yes, yes it will.

If you are a Trailblazer, you get to start your Landmark adventures around 1:00 p.m. EDT on Wednesday, June 8th. Everyone else who bought a settlers or an explorers founders pack will be starting the game on Friday, June 10th. At this same time, the game will be open to purchase as a buy-to-play title for $9.99, both from Daybreak as well as from Steam.

As you may recall, there is one final wipe happening. And it is going to go pretty much how the last big wipe did. All build sites (aka claims) and all characters will be deleted and the world will be fresh and clean. Your name is one thing that will survive the wipe, if you have an existing character using it and you have logged in since April 15th. If you aren’t sure if you have logged in and you want your favorite name bound to your account, be sure to log in before the beta servers shut off. Just as last time, guild names will not be saved. It probably wouldn’t be an issue here, but if your group is worried about losing that moniker, have whoever logs in first  — especially a trailblazer — create it. It’s just a button click! New leaders can be appointed whenever they have the chance to log in.

Do you know exactly what you want your character to look like? If you tend to waffle or take a long time deciding, you might want to try to settle on something. You could even take the last day before beta ends to remake your character (remember to keep your name!) in the perfect image. This could become important because, just as during the last wipe, all reimbursements for Marketplace purchases throughout alpha and beta will be granted to only the very first character you make. If you delete and remake, you will not be given that reimbursement again. The good news is that if you don’t quite like how your character looks, devs have assured us that there will be a way to change appearance in game at a later date. (Hopefully this means having more options added later, in which case a change would be free, but chances are it will be a paid feature.)

Because the claims are being wiped but the landscapes are remaining the same, you have the chance to nab your ideal spot. You may already know the exact place you want, but if not, now is the time to tour the landscapes and pick it out. The names, biomes, and topography will be the same as they are right now, so you can safely scout out the terrain and not waste time searching once the live servers are up — time that would allow someone else to snap up your perfect parcel. 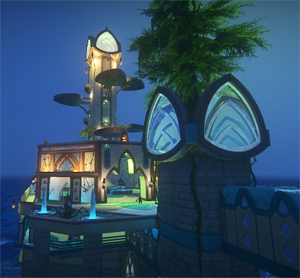 Speaking of build sites, as long as things aren’t bugged and broken this time around, all newly created players will be auto-placed on one of the new flat Pioneer landscapes. Remember that here, you get what you get. There’s no picking up and moving to a different location you like better on that landscape. If you pick that site up, you have to move it off to the regular landscapes.

On the topic of building, you’ll also glad to know that no matter how extensive your build is, or how full your current template storage is, all build sites will be fully saved regardless of how far over the voxel cap it takes you! You won’t be able to save more after launch until you clear it out, but you’ll have all your sites. You also needn’t worry about losing any of your designs that are saved in your templates; any that you have saved as items and placed in inventory or chests, however, will be lost. If you have some like that, get them back into your template storage. Also,  your build sites will be saved under the name they listed as, so if you want to label it something that makes it easier to identify in your templates, just change the site name before the wipe.

If you want to be able to place your template items immediately before you even take one step to harvest, use the paint tool trick: Turn it all into a free resource such as dirt, stone, and sand. It’s important to note here that plaster, stucco, and ceramic — all of which were previously free — will cost dirt to place after the update.

Much of the same

I might be missing something, but it doesn’t sound as if there will be anything really special about launch content-wise. Reading through the Q&A, I see many descriptions of things post-launch being just what they were pre-launch. This is really good in some respects, of course; the upkeep system is remaining the same, and all the time you have accrued will be there. Some surprises are nasty surprises, so perhaps it is for the best. Still, I can’t help but want some special new content for something as auspicious as a launch! What new thing is going to entice folks to come back, or to try it out for the first time? I deeply feel that there needs to be something. I hope that I will be surprised and there will be, but for right now, launch feels just a little bit like a change in name and nothing more.

At least we’ll finally be done with wipes. Hallelujah! Get ready to build — it’s for keeps now.

Massively on the Go: How Pokemon Go is improving without all the ‘go’

Shroud of the Avatar disables a big experience boost to get...