Have you ever had a year that you looked back on and all you could really say was, Hey, I made it through. I’ve had years like that, when many things either go wrong, go a totally different way than hoped/planned, or just don’t really go anywhere at all. But you know what? Not going anywhere is better than going away! It may seem sometimes like the only thing to celebrate is the fact that you are are actually still here, but that is reason enough to cheer.

The Secret World seems to have had just such a year. And by golly, it deserves three cheers just for hanging on. It may not have been the best year filled with fulfilled dreams and wishes, but it could have been worse. It could have been way, way worse: It could have not made it to 2017! So even though there were hiccups and disappointments, I am super glad I still have TSW to log into and play. And I am looking forward to 2017!

It’s kind of the popular thing right now to dog on 2016, especially since it felt like many iconic figures were taken from us. Had we lost The Secret World, I probably would have been right there with folks, thrusting a pitchfork at the year and calling it a monster. But I don’t really think the year was the devil. It was certainly no saint, but it wasn’t evil incarnate. (I am still glad it is over!)

For the brand-new folks joining TSW, 2016 was awesome! The implementation of a free trial did entice new players into the game, and those players got to experience the eerie creepiness of the atmosphere for the first time. They got to discover investigation and sabotage missions while exploring the story. They definitely yelped at least once or twice while playing in the dark, and had their jaws drop a time or two at the twists and turns of the various tales in game. And then there were all the holiday events to take part in, with oodles of loot to try and acquire. Even without going through any additional issues (6-15), there was plenty of tasty content to chow down on. 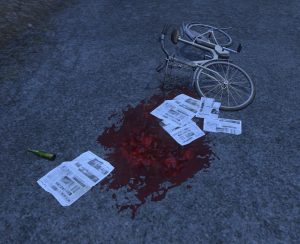 For veterans, however, the meal looked quite different. New content offerings were pretty sparse last year. The year initially looked promising with the release of four new side missions in Tokyo along with two new rare bosses in one update and the addition of Shambala to the PvP arenas in another. Veterans also felt the love in February when the new membership rewards system launched (although there was a bit of a brouhaha over the membership badge.) In March we got our first DLC issue of the year, Issue #14 Call of the Nameless. Things seemed good.

But then the momentum was gone. We understand why content creation was slowed down so significantly, but that didn’t mean we didn’t mourn the loss. Only one other issue was released in 2016, and it was just a bundling of already released content with one additional mission. Sure, for those who hadn’t bought all the side stories previously, it was new content to delve into, but for those who already purchased and played them, it wasn’t much at all. And that happened clear back in May. June saw the introduction of the Museum of the Occult housing-esque feature. There were also changes to PvP — most notably a revamp of Fusang — along with changes to elite skills.

But there hasn’t been much in the way of content since the July anniversary, despite the fact that we learned that Funcom secured funding just beforehand. Hey, at least we didn’t have to have the fear of losing the game as we once feared in 2015! Two issues in one year (or just one really if you already owned the side stories) is pretty darn sparse. On a positive note, we did have a couple more morsels of content, like September’s Doomboard challenge and October/November’s Samhain event with the new raid investigation. Other content, like the 80’s items and the new Krampusnacht snowball mini-game, felt too much like being forced into the cash shop. And while The Halloween addition of the spin-off Hide and Shriek was a fun diversion with some lore, it didn’t really tie into TSW like its predecessor The Park did.

So yeah — for veterans, The Secret World had far from a banner year. But it did have a full year and is still going, and for that we can all be very, very grateful.

Call me an optimist (you wouldn’t be wrong), but having lived through my own bouts of just-hanging-in-there years, I can say that the next year invariably turns out to be much better. I think that will be the case with TSW. In fact, I think we are moving from a famine year into a feast one. OK, almost anything will feel like a feast after 2016, but I really think we will start seeing more content.

How can I have this confidence? We know that the studio has secure funding. Funding is good — it means development (admittedly, I am extrapolating that this development will also occur on TSW and not just new titles). We know that seasons two and three are already written. Hey, having the story is like half the battle! And we know that Funcom is planning “a large update to the game to be released during the first half of 2017.”  So maybe we are inferring an expansion-like update here, but you know what? I am going to pull for that! I will believe it is possible until I am told otherwise. (Which, by the way, we are supposed to be getting more news on here at the beginning of 2017, so I am eagerly awaiting it.) Large to me says bigger than we’ve had lately, and since we’ve had DLCs, I say large will be a TSW version of an expansion. Besides, naming aside, it specifically said major upgrade to content; I don’t care if it turns out to not be an expansion of sorts, I will be quite happy with major content!

So I am looking ahead to the next 12 months with an eager anticipation. The devs continue to be innovative, and they continue to care. That there is a recipe for good things. And I think the planets are aligning better for more success. If they aren’t, I think I have come across a few incantations during my research for investigation missions that I might be able to prod them into better alignment. Hey, we all do what we can.

The Daily Grind: What sort of monster do you love to...