END_OF_DOCUMENT_TOKEN_TO_BE_REPLACED
I’ve had my hands on Guild Wars 2‘s second expansion for a week and some change now and have built up a more solid picture of Path of Fire in that time. I have to say that I’m still just as impressed as I was when I wrote my first launch diary entry: I’ve completed the main story at this point (though I’m getting ready to rerun it again to bank achievements I missed on the first run-through), and aside from my launch weekend issues and some niggly mechanics along the way, I’ve been blown away by the quality offered in terms of story content, mount mechanics, and the new elite specialisations.

In this edition of Flameseeker Chronicles, I’ll continue my launch coverage by discussing some more in-depth points that I’ve noted now that I’ve had a full week of play time (although it’s been over a week, the EU connection issues largely killed the first few days for me), and I’ll also look at some not-too-surprising but still greatly appreciated benefits the expansion has had on Central Tyria and Heart of Thorns zones. Please note that there will be some spoilers below, both through images used and inferences to story encounters, even though I’ll make an effort to avoid them for main story arcs. 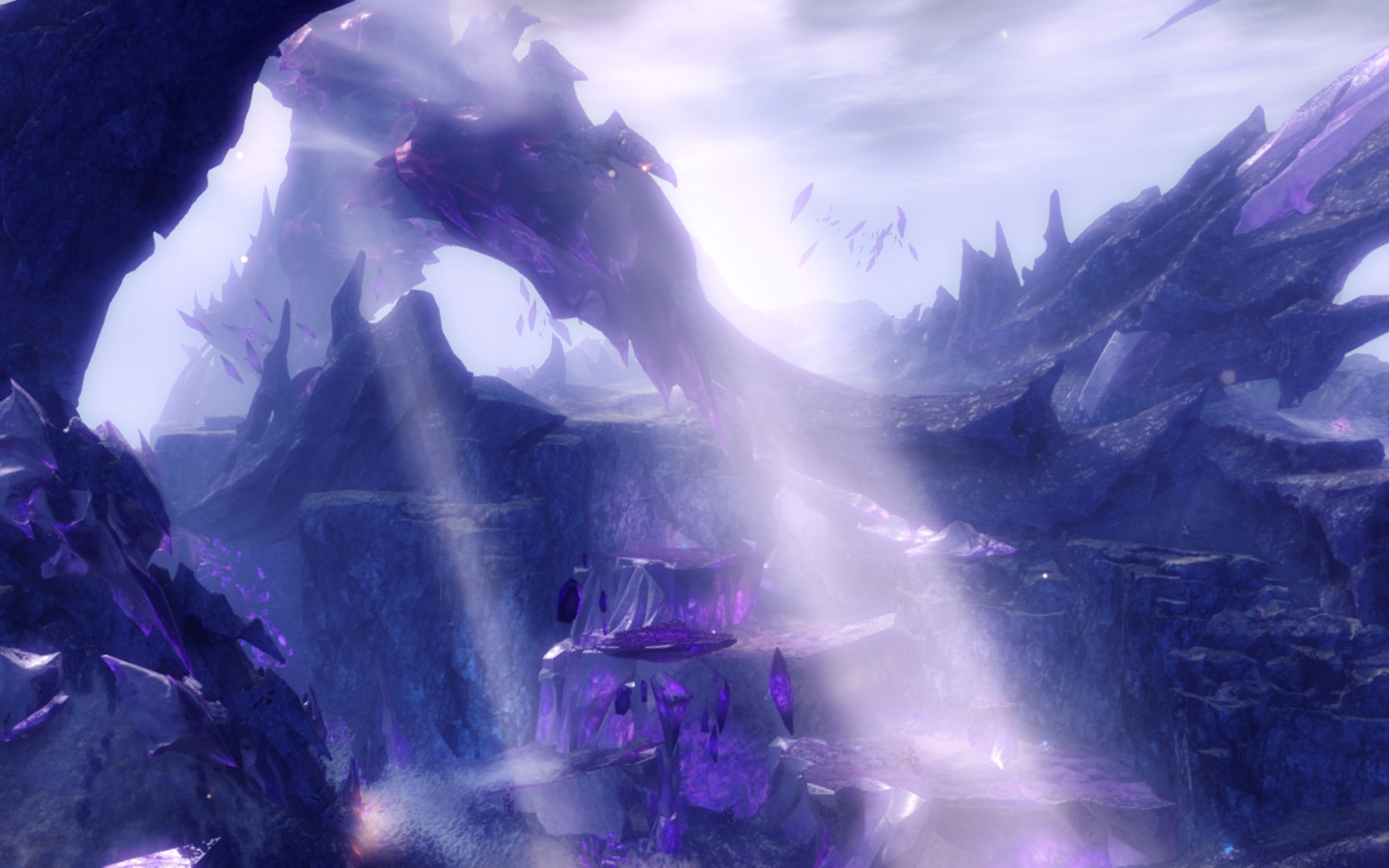 Story was amazing, aside from some head-scratching moments!

Most of my launch time has been spent enjoying the main expansion story and the immersive qualities of the new maps, aside from a couple of evenings spent raiding. Having said that, I haven’t yet completed exploration of every map or hit all the achievements I want to because I’ve been enjoying taking my time and enjoying the expansion content at my own pace. I am most definitely ready to begin rerunning the story and re-experience it all over again.

There are a couple of rather confusing moments that even have the characters scratching their heads as well as some obnoxiously frustrating encounters to beat along the way, and I have to admit that Kasmeer is not my favourite character in the expansion, but overall I found this chunk of story to be the best one yet. It retains that quintessential Guild Wars 2 charm but pushes interactions significantly beyond expectations: It has a good balance of silly, lighthearted exchanges and impactful “wow!” moments that most players will find compelling.

One of my most-loved additions was the method through which the player character made contact with Taimi at her Rata Novan base: The diminutive genius’ communicator didn’t like the distance between her and the commander, so players had to find elevated ground, usually by leaping on my mount and seeking out little hotspots, in order to chat with her. I reached out to her even when it wasn’t directly required by the story and her dialogue adapted to whatever I had last done, so it was definitely a worthwhile pursuit on my part. 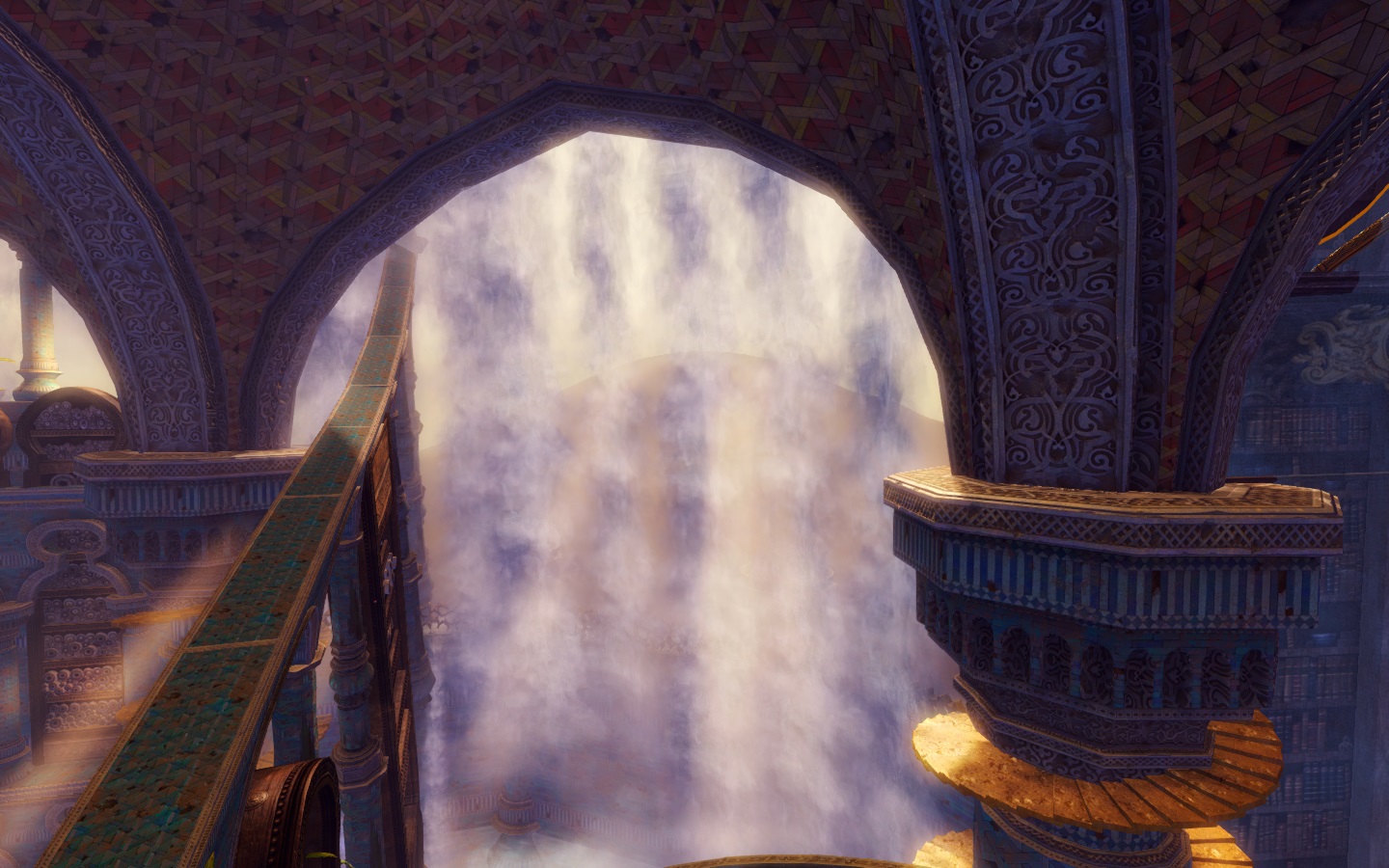 What am I missing?

There is a list a mile long of things I’ve missed in the first week, including races I still haven’t run, bounties I’ve yet to experience, collections to fill, and a whole host of other elements I’m missing out on. I’ve seen many complaints about the lack of strong map meta, but I’m hoping that treasure hunting will start up some dig trains once we settle more and everyone has caught up on their story and achievement goals. Speaking of achievement goals, you really can get so much value out of the expansion by looking at your PoF achievement list and choosing some to complete.

I don’t have all of the mounts, and without spoiling anything, I can say that I won’t clear them all for some time yet. I’m loving seeing the widespread use of all of the mounts across the game, however, and I know this is something that I will finish at some point in the near future so I can share in that experience. So far, I keep reverting to my raptor to cover big distances: I feel as though it triggers my motion sickness less than the other fast mounts, so I tend to only use the others when I need their respective toolsets.

Lastly, I haven’t unlocked the elite specializations for all of my alts, and I’ll be taking my time doing so. I focused on clearing hero points before launch for both my mains and a couple of my alts whose elite specs I was bursting to try, so I was ready to test those specs, but my other characters were lacking points and my HP trains for them haven’t been all that extensive. Most of my time has been spent on my main character, with some spent on my alt to test that elite specialization, so my alts need some more love too. 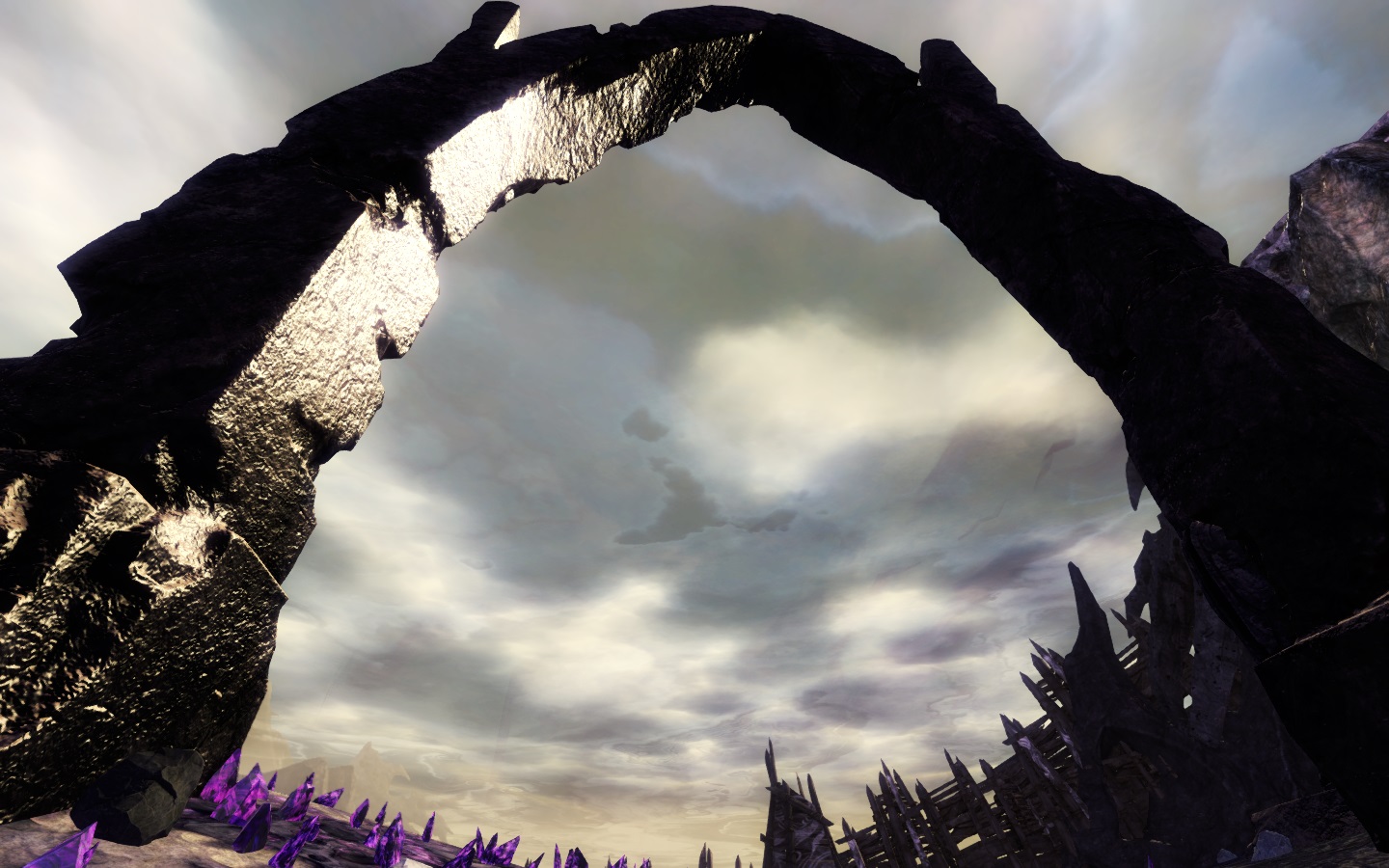 Having only played with four of the elite specializations since launch — Scourge, Weaver, Mirage, and Holosmith — my impressions are still forming on builds and specs, but all have been incredibly fun to play. I’m rocking the Scourge condi DPS build on my necro and she performed well in this week’s raiding endeavours. I don’t yet know whether it’ll make her my most solid choice for raiding or whether I’m still better sticking to my elementalist in that respect, but she did cope admirably and didn’t feel underwhelming and it was an enjoyable experience. I’ll be keeping her in this build for the time being: She is my favourite toon to take on world boss trains and to do other open world busywork with and I find this build suits these purposes very well too (it’s nearly as tanky as my reaper build was).

I don’t have solidly formed opinions on the relevancy of the new elite specs as permanent builds on my other characters just yet: My elementalist feels much more powerful as a Tempest despite the Weaver hype: I haven’t gotten the hang of weaving entirely and am by no means the best person to ask about build theory, which might partly be why I’m not ready to switch her out for good the way I have done with my necromancer. I’m finding Weaver quite complicated to use, so perhaps I just need to knuckle down and give it some time and practice before I say I definitely won’t make a build switch. More mathematical minds than mine will soon tell me if my other elite specializations fit in with the purposes I have in mind for each character, so this is a topic I’ll revisit when I’m a little better informed and I have a few tried and tested builds to report back on. 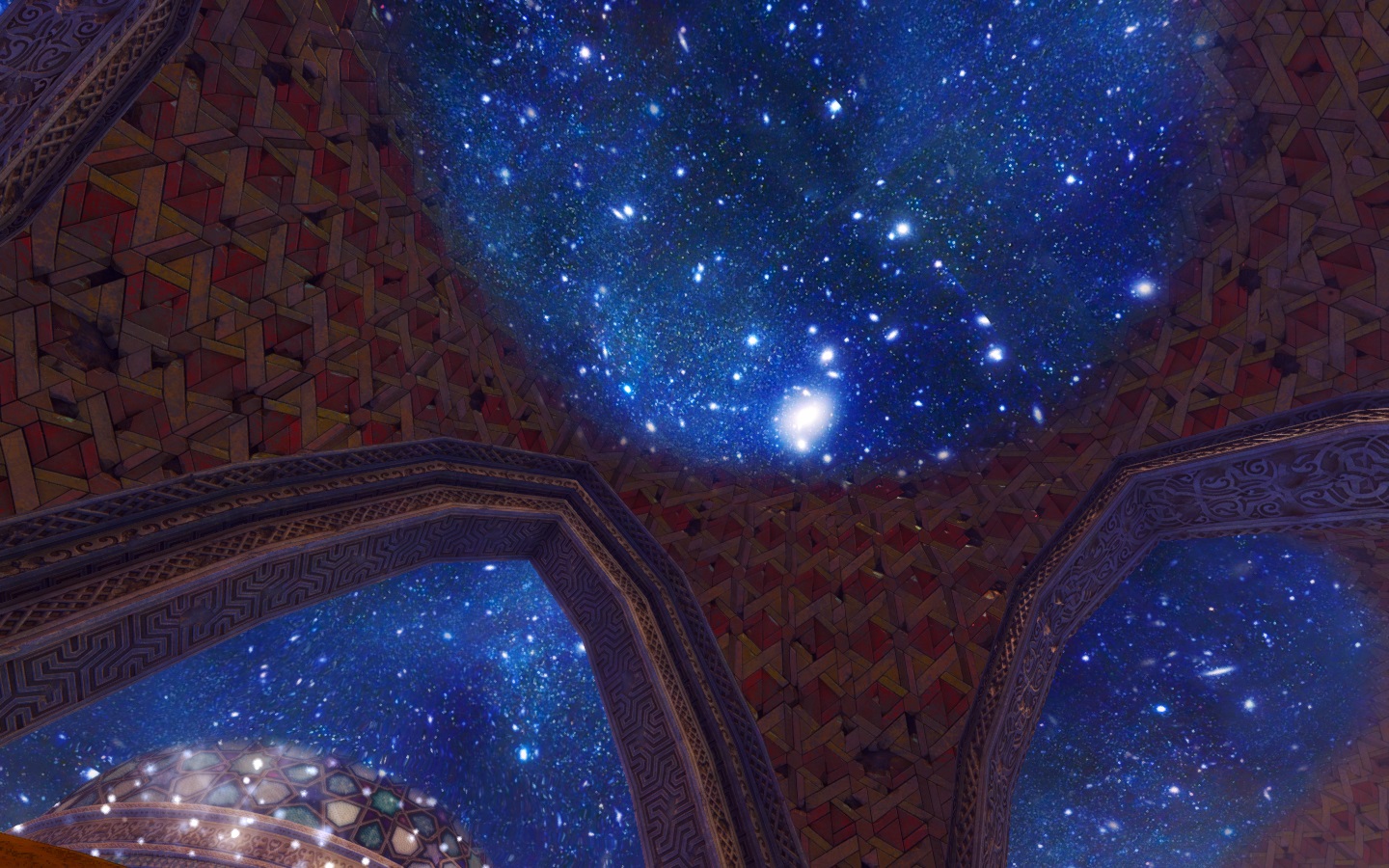 Mounts outside of PoF zones

Some positive side effects of expansion season on the rest of the gamespace have been noted on my random adventures, and I have to discuss how interesting mounts have been outside of the new zones. My alts and my husband’s main needed hero points to finish their elite specializations, so we ventured back to some HoT zones that I used to dread running through to do some HP trains. I have mentioned a few times before that I have an uncanny ability to get lost on even the most straightforward maps, so you’ll know that I had serious trouble navigating through the dense, verticality-rich HoT maps. With the new mounts, however, I could easily brute force my way to where I needed to go and I most definitely felt more confident in my navigating abilities.

I have been scouting for some new gear to change some of my builds as well, so I’ve been farming unbound magic and the related materials to trade in. This has been made so much simpler by the introduction of mounts: I can choose to leap straight past non-essential mobs and areas with no live events to get to the heart of the action much faster, meaning I don’t need to waste time clearing up before I can actually work on farming. 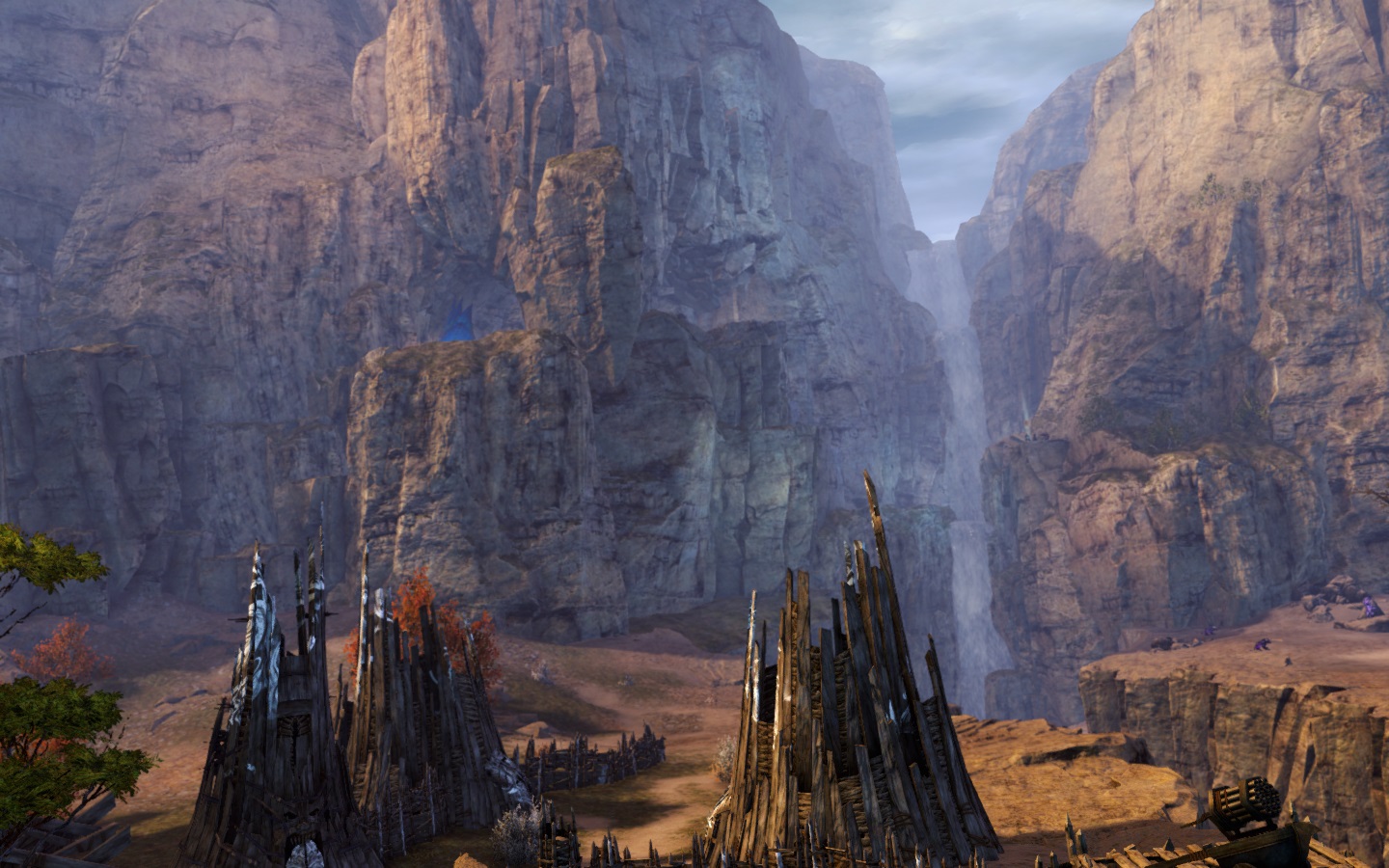 I have noted a marked increase in guild activity in my own social sphere and have seen a much higher uptake of early endgame content. I feel that many players who have returned for the expansion are working on periphery content to update their gear, bag some mastery points and the experience needed to use them, and there are generally more people engaging in map metas than there were before PoF. The in-game world is thriving and I’m really enjoying the camaraderie, even though the vast PoF maps are a little daunting when I don’t have friends with me.

Map chat banter surrounding bounties and achievement hunting is widespread; I’ve also been keeping an eye on LFG and have found almost perpetual groups for achievement runs, bounties, and even map completion in each PoF zone. I’ve been ill this week and 4am play times have been common, yet I’m still seeing plenty of activity and well-balanced map instances. We are still not even two weeks into the expansion either, so I’m sure activity levels for grouping will increase over the next couple weeks as everyone finishes story content and elite specialization unlocking. Since PoF seems to reward your every step with achievement progress or little off-the-beaten-path finds, there’ll be plenty of experiences to share.

I hope you’re also enjoying Path of Fire if you purchased it already. Have you finished the story, and if so what are your thoughts? What are you currently working on? I’d particularly love to hear your take on the new elite specs and how they fit with the content you like to play: Link me your best builds and help me get nerdy with some theory. It always seems to take me a little while to fully trust in build changes because I don’t do the legwork to examine why each one works the way it does, but perhaps I should do more investigating and theorycrafting of my own.