“Looks like it’s that time of year again!” says Ryuen.

And so it is. The Halloween season has come upon us and it is inescapable. You can try to hide in a cave or bury yourself in a mountain of theorycrafting, but before you know it, you’ll be trick or treating in MMORPGs with the rest of us.

And I say, why fight it when you can ride it? Sure, wearing a pumpkin on your head and driving a bike powered by 85% gasoline and 15% souls of the damned might not be street legal, but trust me, no cop is going to stop you. Just ask Ryuen… if you can catch up to him in Secret World Legends. 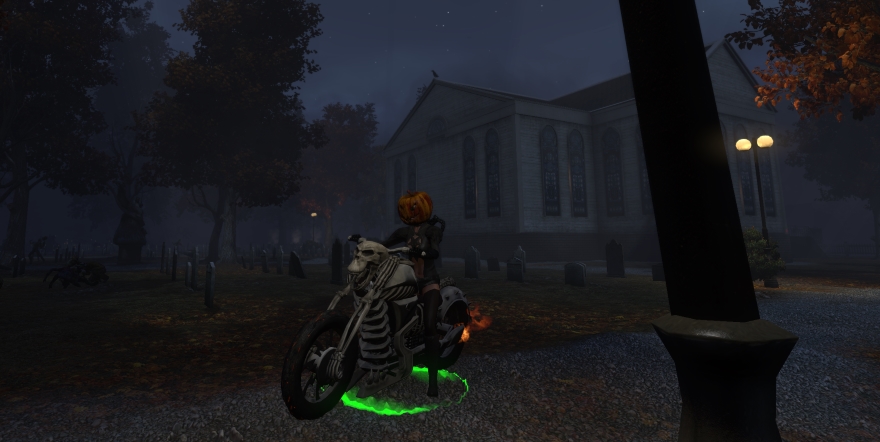 Ironweakness brings his own Halloween flavoring from RIFT: “Here is my Mage, a class I’m revisiting in preparation for the new Mystic Archer soul release. However in this shot I’m using the Necromancer soul and wearing an armor set that has Aldorf the Dwarf looking a lot like his revenant pet.” 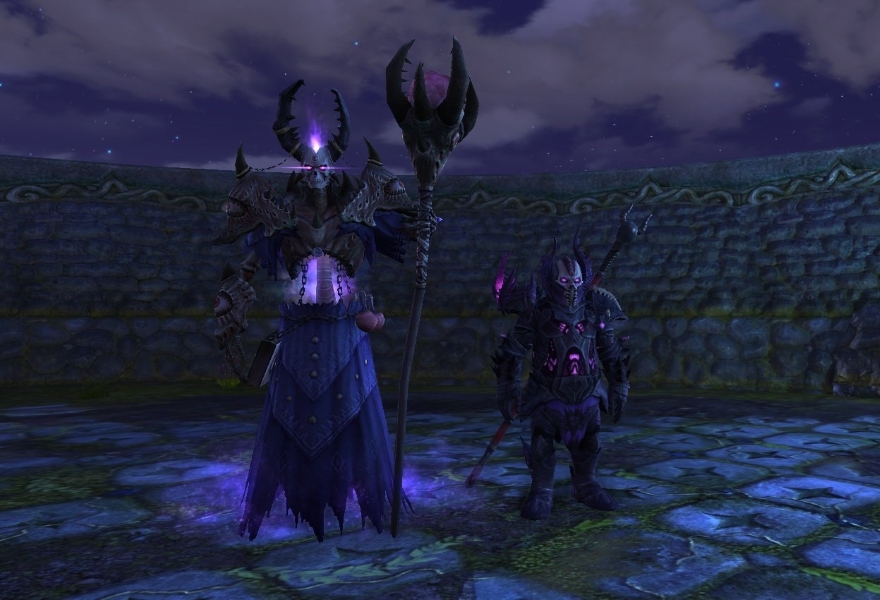 I think if you’re packing that much armor and firepower in Warframe, you can be whatever you want to be, Major. Nobody’s going to give you any snark about the pink color scheme, either. 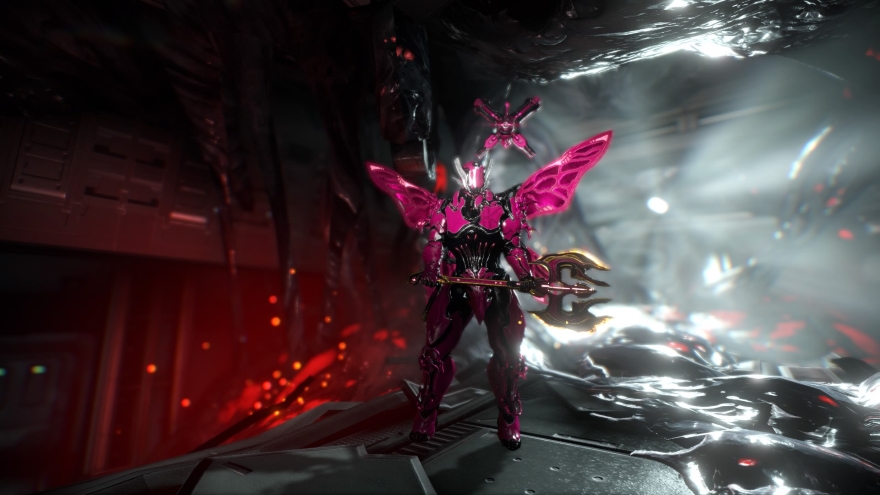 “None of the MMOs I play currently have started Halloween events yet, so I dug through pictures of Black Desert from last year at this time and pulled one out,” wrote Toy Clown. “I call this one Kzarka’s Doll. The RP community was having Halloween events before we had the lore, props or costumes of the event, so we winged it! Here I made use of face paints and heavy application of black and pale to create a creepy doll-like costume.” 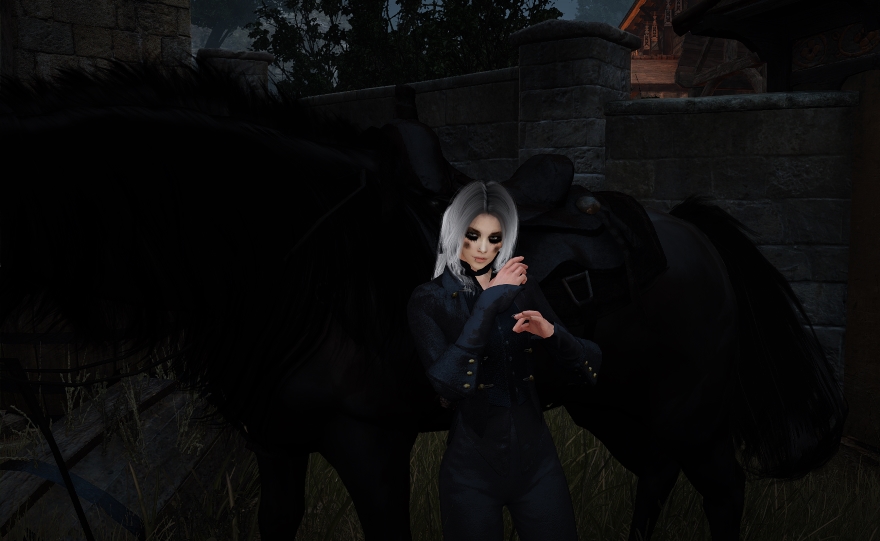 “This sums up everything about World of Warcraft’s Monk class that made it the only choice for me: martial arts, duel-wielding, mystical powers, ancient fortresses hidden away among snowy peaks, and a whole lot of pandas,” posted Hirku.

You’re tempting me to play one of these, Hirky! 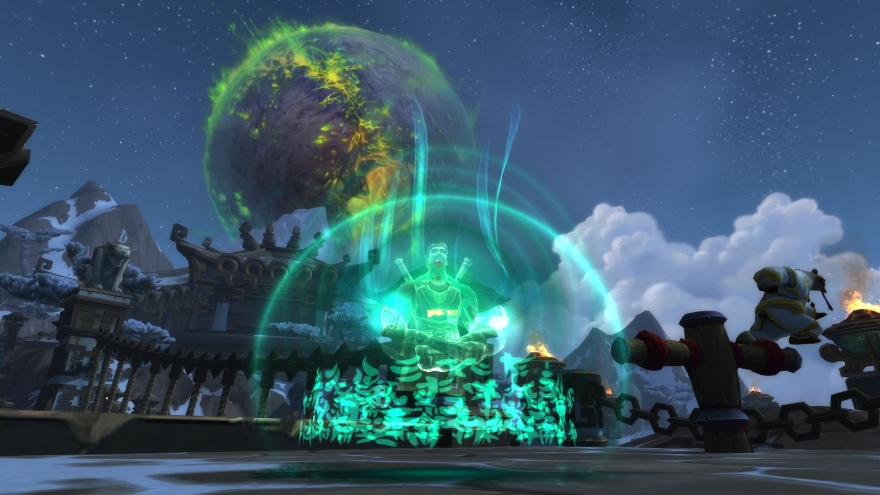 Sometimes we get a cool costume, a toy, a mount, or some other reward that we are quite excited to show to the rest of the class. For this week’s screenshot challenge, show us some acquisition you got lately in an MMO that makes you happy!

Pics in whatever order the website chooses to arrange them, of course, but here’s what’s what:

Something I’m very glad to have in Star Trek Online is my MACO armor set.

Those of you who follow Star Trek might remember that Star Trek: Enterprise introduced the MACO Division (Military Assault Command Operations) division of early Starfleet. MACO peronnel were analogous to Marines and/or Special Forces in those early days.

Trek lore suggests that, by Kirk’s time or after, the MACO division was folded into the Security division — but Star Trek Online (set some 40 years after Star Trek: Voyager ended) revived the MACO division as a elite ground forces training qualification for combating the resurgent Borg menace in the game.

In game terms, acquiring the MACO gear set (armor, shield, weapon) is a Reputation grind (Task Force Omega — the name of the anti-Borg operation) which, when finished, unlocks the MACO armor appearance for your character at the game’s tailor.

Now, I generally hate grind in games, but I loved that this gear set was tied into both the lore of the TV show, and the emergent lore of the game.

So, I bit the bullet, and I ground out the MACO Armor appearance over time, with a lot of help from my Fleet (guild) mates to make the grind tolerable.

I’m happy to have it both in a “game gear” sense, and an “inner role-play” sense. (“Did I ever tell you about the time I got my MACO certification? It was hell …”) You can even see the traditional MACO patch on the suit’s bicep, if you squint. :-)

I colored the armor accents blue, to indicate that my captain is Science division, and I typically wear this armor look whenever I participate in STF (Special Task Force) ground missions in the game — Star Trek Online‘s equivalent of “group dungeons” and/or guild raids. Hope to see you there! :-)

Well, I do die semi-regularly still on the more difficult group missions, so I suppose you could say I’m “preserving the redshirt tradition”, if anyone asks! :-)

Finished my legendary armor on my Charr Guardian along with my newest legendary weapon Rodgort. It took a lot of time, effort and patience and I couldn’t of done it without the help of my awesome raid static but when it was all done and over with it is probably my favorite collection/journey I’ve had in any mmo.

“…show us some acquisition you got lately in an MMO that makes you happy!”

Since leaving it for years shortly after launch, I’ve been playing Guild Wars 2 more than any other game lately, albeit at a very deliberate pace, and leveling several professions concurrently. My Mesmer finally reached 60, so I’ve still a way to go, but I couldn’t resist the Pirate Captain outfit (sans hat displayed) when it was on sale recently.

The Mesmer has a lot of purples and pinks, so I dyed the outfit with an appropriate colour palette of Iris Blush, Humiliation, and Lipstick. I also had a backpack skin backlogged from one of the previous anniversary rewards, so the Grove Hydria skin, complete with more Mesmer-themed butterflies seemed appropriate.

* Stares for a minute at the most gigantic of giant swords, so huge that giant swords from other games would look at it and say, “Wow, that’s a big-ass sword!” *

But my fave part of this cap is the background, ominous and Monet like. Seriously, this would work well as a painting in an exhibit somewhere. Call it “Impressions Of A Young Mesmer.” :)

My first thought was, “And, lo, she did wield in those ancient days the legendary war-sword known as Viagra!”

There’s something wrong with my brain. :-) Nice pic, Rees!

Been dabbling around in Blender over the weekend. Well, mostly just watching the most basic of YT tutorials and then trying to replicate the exact same thing in the tool.

It’s incredible how difficult 3d modeling is when you’re not used to it. And I haven’t even started looking into texturing, lighting, composition, …

About an hour ago I stopped doing the tutorial shit and started my first project, a low-poly forest. Here’s the first baby step towards this grande oeuvre:

As minimalist as that is, it seems to express so many different things. o.O

Lol, this is fantastic :)

And quite the blow. My first work reinterpreted by the great Schlag Sweetleaf. From here on out it can only go down hill…

(and please tell me you found this small guy somewhere and didn’t model it in that short time. PLEASE!)

one time at bandcamp i tried to make a map in source SDK and didn’t make it past attempting to make a floor.

I absolutely love being a 3D artist. It wasn’t even a career choice I ever would have considered either.

The car took me a few weeks, I think, though I don’t remember how much of it was just the car and how much was setting up the scene. IIRC, the contest was 6 weeks long, but I had quite a few stops and starts at the beginning, and most of the work happened toward the end.

The china hutch took me about 20 hours from creation to texture. I feel like I’m still slower than most. I’m completely self-taught and have no natural art skills, so I’ve had to struggle with a lot of basics.

Wow, Michael! Congratulations to you. Seriously!

Teaching yourself 3D modelling by working with Blender is kind of like teaching yourself how to swim by going down to the pool, looking at the water, and then deciding, “Needs more sharks first”. :-)

My point being, it’s not the easy way to learn, (people pay big bucks to take courses in how to 3D model in Blender), so I commend you on your determination, sir!

Good on ya, and I salute you and your tree!

I’ve seen some amazing work done in Blender. This guy is one of the best hard surface modelers I’ve ever seen, and he’s a Blender hobbyist.

I’d rather cut my fingers off with a dull rusty knife than use Blender, but it’s just as powerful as any of the tools that cost thousands of dollars.

Getting into the spirit of Halloween, here’s a hat I picked up in Secret World Legends.

OK, well, maybe not entirely getting into it. She’s a shy lass.

Thanks for the feature! It seems Monk is not a very popular class and I just don’t get it. It’s all three trinity roles rolled into one roundhouse-kicking package, the combat animations are fun, and you have skills called Fists of Fury and Flying Serpent Kick. Really, what else do you need? Do it! Doooooooooooooo it!

Anyway, for this week:

My brief moment of Childlike Wonder (the result of sharing an enchanted seesaw ride with another World of Warcraft player) is spoiled when Innkeeper Farley demands to see an ID.

The nose says it all…

This week, I feature her new pet Shiba Inu named Smokey. At about 2 weeks old, Smokey has already achieved legendary status. No, really, in BnS you can upgrade your pet to “legendary” so that it gives you significant stats and buffs.

As I, apparently, am consumed by this game, it took some grinding but Smokey is now glowing with goodness for my gunner, literally.

My house in ESO.

Nice. And very clean to. You must have a maid. ;) Like the trophies too.