Two years ago at EVE Fanfest 2016, CCP Games showed off a demo of a new first-person shooter codenamed Project Nova that rose from the ashes of the defunct MMOFPS DUST 514. A new updated demo of the game was playable this weekend at EVE Vegas 2018, and CCP gave a talk delving into its future plans for the game.

Developers were very clear that their main focus is still on nailing the core shooter gameplay and that the game is still currently in a pre-alpha stage. An official invite-only alpha programme will start in November that will be open to a limited number of players. Head over to the Project Nova signup page to register your interest for a chance to get a spot in the alpha, and read on for more details on Nova from yesterday’s talk. 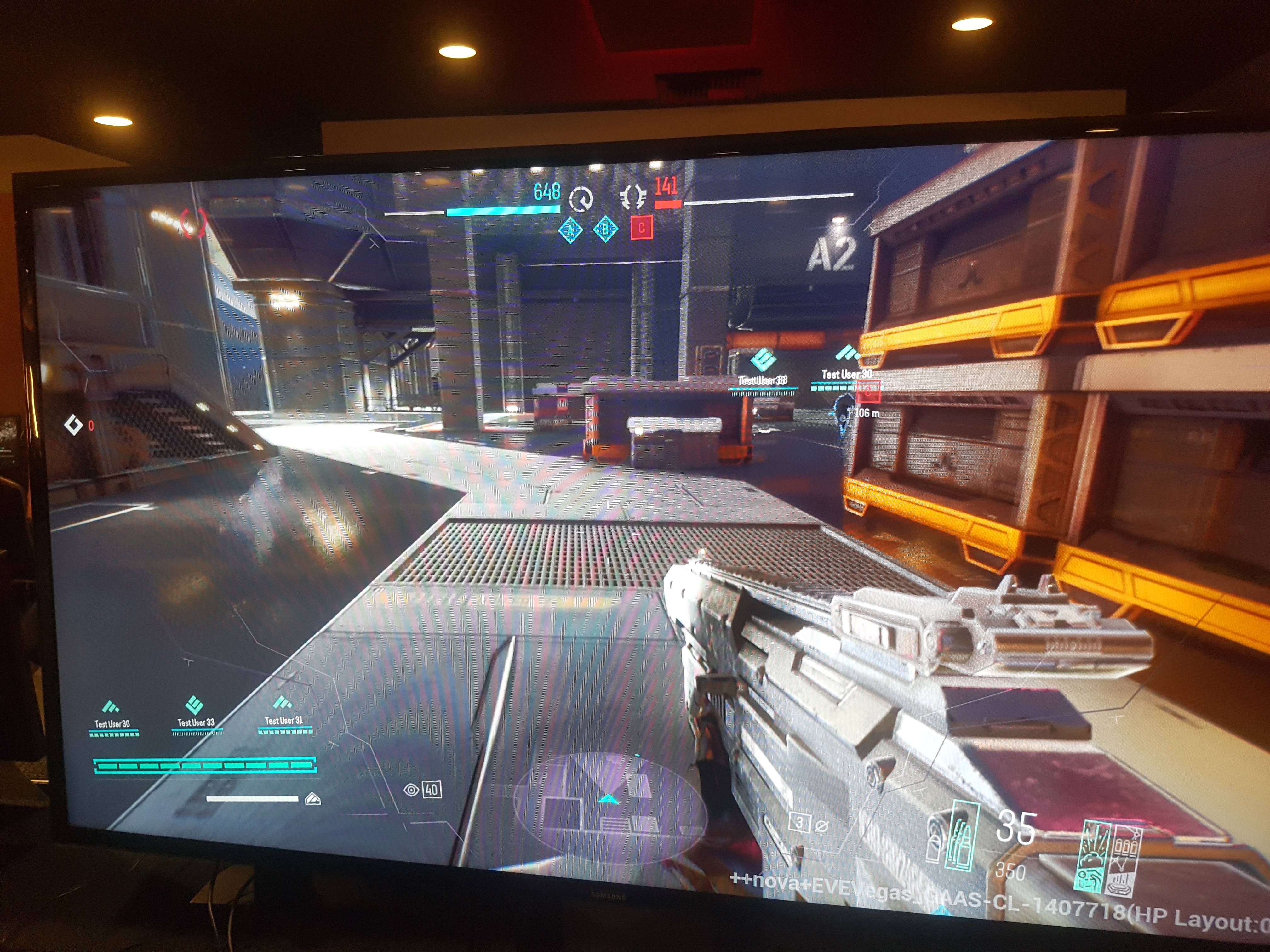 The game mode being shown off this weekend is a four player cooperative PvE mission named Onslaught in which players defend against waves of zombie-like Sansha infantry trying to board a ship in the middle of an incursion battle. This is central to Nova’s lore and gameplay, as battles all take place on the outside of EVE ships rather than on the ground.

The PvE mode is a mixture between horde mode shooter gameplay and tower defense with constructible turrets, and it will reportedly use some procedural variation to make every match a bit different. Other game modes will include a 16v16 pvp mode in which two teams each push a separate payload to an objective in order to kick a pilot out of his ship and install their own. I know. How badass is that? 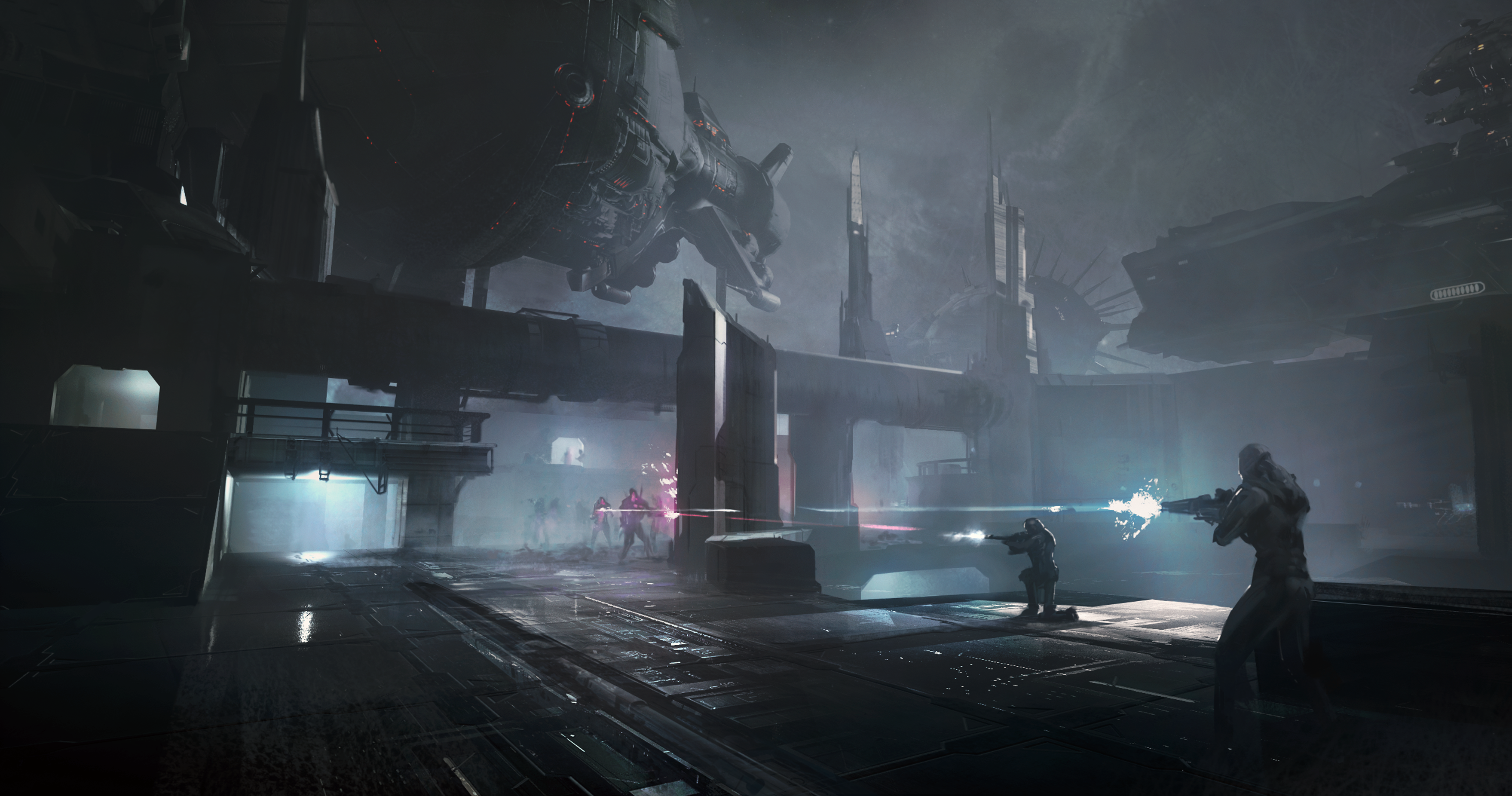 Long-term goals for Project Nova still involve economic connections with EVE Online and persistent effects within EVE, but long-term in this case really means long-term. The initial plan involves match-based PvE and PvP modes, but persistent elements that affect the greater EVE universe probably aren’t coming any time soon. Plans for manufacturing and resource gameplay like we have in EVE are part of the future development roadmap.

Nova will have a dropsuit customisation system based on EVE Online’s ship fitting mechanics, which may sound familiar because DUST 514 used a similar system for equipment. The Nova devs have learned some important lessons from DUST’s failures, though, and are trying to design around them. A piece of equipment in DUST would be lost after a single death, for example, discouraging players from ever risking their best equipment and allowing people to literally run out of gear mid-fight.

Developers want to solve this issue but still retain a core EVE-style experience, so the plan is to have each set of gear in Nova last for a single match but with an unlimited number of respawns within that match. Ultimately design choices like these will be heavily informed by feedback from players during the alpha and from Nova’s own CSM-style player advisory group named The Conclave.

Stay tuned to the EVE Vegas 2018 tag this week for my hands-on first impressions and thoughts on the Project Nova demo, and 20 minutes of gameplay footage (where I absolutely crushed it and my teammates were total noobs). In the mean time, check out the official Project Nova trailer below:

Massively Overpowered is on the ground in Las Vegas for EVE Vegas 2018, bringing you expert coverage on EVE Online, Project Nova, and everything else CCP Games has up its sleeve!
Disclosure: In accordance with Massively OP’s ethics policy, we must disclose that CCP paid for our writer’s travel to and accommodation at this event. CCP has neither requested nor been granted any control or influence over our coverage of the event. OK, when I say “crushed it,” I may have died repeatedly and blown myself up a lot.
Advertisement

Already plenty of other generic shooters to play.

So that’s still the long term goal, but it won’t be in the alpha and probably not at launch. It’s something they want to build over time with players directing it. I’m not confident that the promise of eventual integration will sell the shooter as-is, but the devs seem to be and there is definitely interest. We’ll see, but they seem to be taking it very cautiously.

CCP has a BAD habit of stating “long term goals” and then abandoning them (WIS anyone – promoted for 6 plus years – they even admitted they stopped development for 2 while always promoting it was coming – and then tried a horrible “Captain’s Quarters” implementation that was so bad – it killed interest <— Likely their intention).

If a feature isn't in an initial release – sorry, I don't trust CCP when they say: "Oh, we'll add it on later…"

That’s honestly fair. I interviewed the devs and specifically tried to get across the idea that most people consider the real potential to be in integration with EVE and that promises in the future probably won’t be enough. Getting the core shooter experience right is important, but it needs a hook if it’s to grab people from outside the existing EVE userbase.

CCP has really bad history of understanding what makes for a great “hook” in their games. This flaw basically destroyed their VR department as all their VR games were basically generic ideas designed to min-max compatibility rather than really take advantage of the new technology and provide a really good hook.

In the case of their FPS offerings it’s no different. There’s absolutely nothing here that’s a unique hook or something compelling. Their game model is literally the Mass Effect 3 multiplayer horde mode. Top notch CCP, your best idea was EA’s afterthought of a game mode designed to farm lockbox money with. They can talk all they want about future integration it’ll never get there because that needed to be the basis of the project to get people hooked and invested in the first place.

Hopefully at some point Papa Pearl Abyss steps in and beats them like the red headed step children they are and teaches them about accessible, compelling game design.