On May 14th 2013, CCP Games optimistically launched its first attempt to penetrate the console & shooter markets with DUST 514. The game had made huge waves in the media for its ambitious plan for realtime links to PC MMO EVE Online, with EVE and DUST players living in the same sandbox universe and fighting on separate fronts of the same ongoing wars of New Eden. The reality never quite lived up the the plan, unfortunately, with both games having minimal impact on each other and DUST 514 failing to attract the millions of console gamers CCP courted in pre-launch marketing.

While it attracted a small dedicated following and reportedly turned a profit, DUST 514 was essentially dead on its feet and CCP recently announced that it will be officially shut down in May this year. The game’s only hope of salvation came in the form of a complete reboot on PC codenamed Project Legion that was announced at Fanfest 2014, but at last year’s event we learned that Legion may have been relegated to development limbo. Today at EVE Fanfest 2016, players cheered as CCP announced that Legion is back with the new name Project Nova and a reinvented focus as a more traditional first person shooter.

Read on for information on Project Nova and some first-hand impressions from EVE Fanfest 2016.

Project Nova is not a DUST 514 reboot

It can’t be stressed enough that Project Nova isn’t just a reboot of DUST 514 on PC, which is why it’s got a new name. While DUST players shared the same universe as EVE players in realtime, Nova is its own self-contained game like Valkyrie and is actually set in the future of the EVE universe. The maps and missions will take place locations modeled after EVE ships, planets, asteroids and other facilities, which serve as a backdrop for more traditional first person shooter gameplay.

Nova has been built on Unreal 4 and is currently in an early pre-alpha stage of development, with development focusing on the core shooter gameplay so far and features such as customisation still to come. There is no release date yet and there are no guarantees at this stage, but CCP has brought a complete playable vertical slice of the game to fanfest in order to get player feedback. 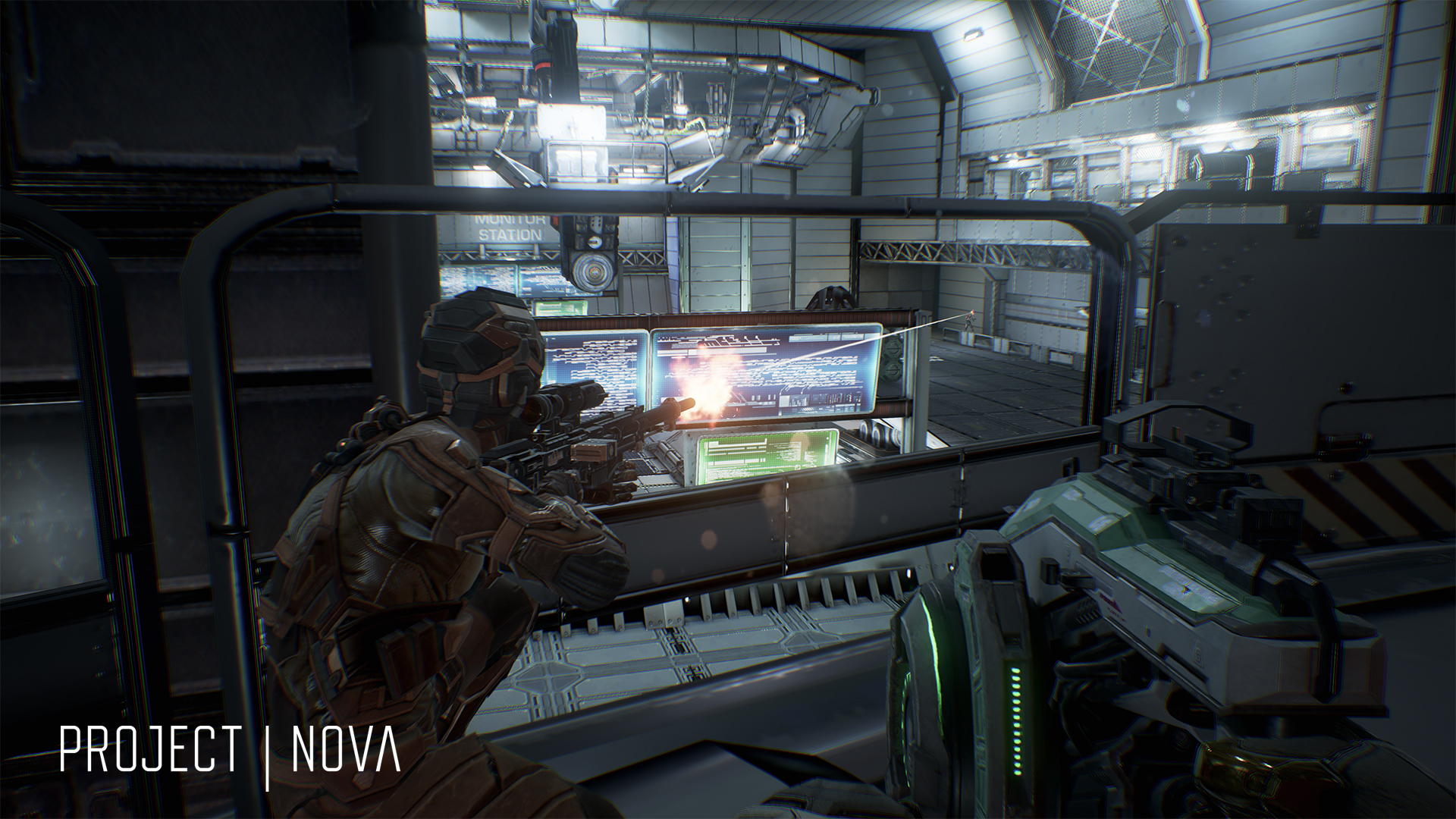 Nova looks and plays like any one of a dozen other free-to-play sci-fi PC shooters already on the market, which may not sound that impressive but is honestly a big step forward from DUST 514. The map we played took place inside a Caldari carrier and involved hacking control nodes that spawned throughout the match, with a Battlefield-style ticket system used for determining victory. In between control node spawns, players could either just kill each other or fight for control of the various spawn points on the map.

The three different sizes of drop suit from DUST 514 (Light, Medium and Heavy) still exist, but the choice felt like it impacted the game far more than that ever did in DUST. The light classes can get behind enemy lines and hack objectives from under the enemy’s nose, the medium dropsuits can take a beating and make good use of cover and various gadgets, and the heavy class is a tank but very difficult to use without support. I played two rounds with the same group and once everyone was used to the gameplay the second round saw some interesting ad-hoc strategies emerge with some deployable structures and choke points on the map. 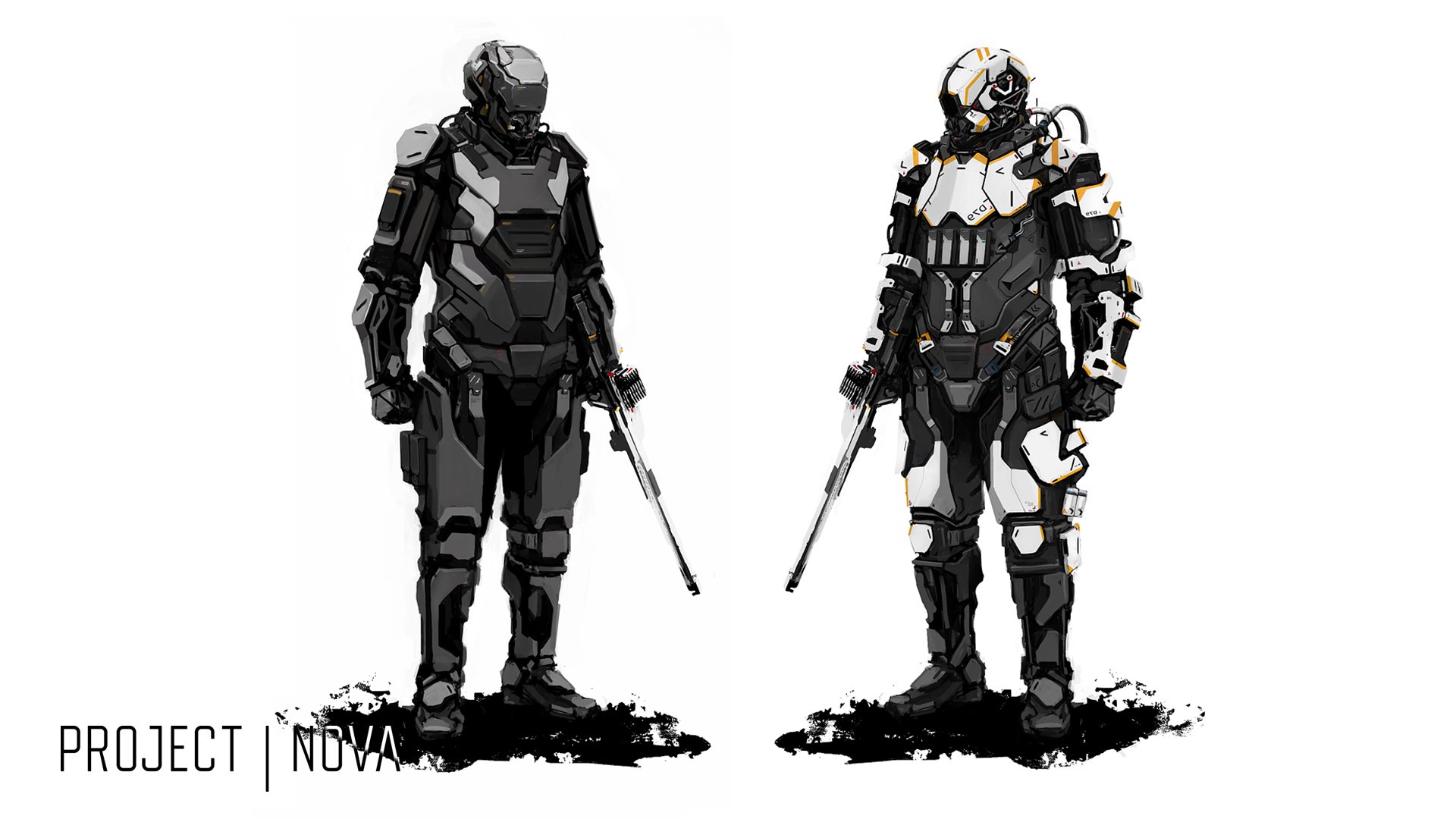 The framework of a potentially very good shooter is definitely there even at this early stage, and it’ll be interesting to see it evolve over time. What interests me more is what’s not in Nova at this point, as there isn’t much of an EVE feel about it yet and it’s not clear whether it will have any kind of persistent gameplay or sandbox elements. If it’s to stand out in the shooter market even on PC, Nova will have to have a unique gameplay hook and compelling long-term gameplay. Dropsuit customisation and squad-based tactical gameplay may hold players’ interests and could even see the game become an e-sport, but many ex-DUST players are sure to be interested in whether there will be any persistent or territorial gameplay. CCP will be taking the feedback from Fanfest on board and we’ll likely hear more about Project Nova as it progresses throughout the year.

Massively Overpowered is on the ground in Reykjavik, Iceland, for EVE Fanfest 2016, bringing you expert coverage from EVE, Valkyrie, Gunjack, and everything else CCP has up its sleeve!

EVE Fanfest kicks off next week
Disclosure: In accordance with Massively OP’s ethics policy, we must disclose that CCP paid for our writer’s travel to and accommodation at this event. CCP has neither requested nor been granted any control or influence over our coverage of the event.
Advertisement