END_OF_DOCUMENT_TOKEN_TO_BE_REPLACED
It’s become almost a running joke in the comments of articles that EVE Online is a great game to read about but not nearly as fun to actually play. While those of us who have been playing for years can attest to EVE‘s depth and long-term gripping power, it has always been a difficult game for new players to get into. EVE sees an unmistakable spike in new players every time a story about a massive battle or political event hits the gaming media, but most don’t stay in the long term and activity levels always return to normal within a few months. CCP has tried to revamp the new player experience more times than probably any other part of the game to combat this, but EVE‘s infamous impenetrability remains stubbornly intact.

At EVE Fanfest 2016, we learned that a whopping 1.5 million people signed up to EVE last year, but that 51% of them quit within the first two hours. They’re obviously drawn in by something but are then turned off by things like the minute-to-minute gameplay or the complicated user interface. A new developer named CCP Ghost is now tasked with solving this most intractable of problems, armed with a fresh perspective and an investigator’s eye. Now it looks as if CCP may be fundamentally changing its approach to new players and is considering some options that few people expected a hardcore sandbox game like EVE would ever embrace.

In this edition of EVE Evolved, I look into the problems with EVE‘s new player experience, some interesting ideas discussed at Fanfest’s New Player Experience roundtable, and my thoughts on what the new game introduction could look like. 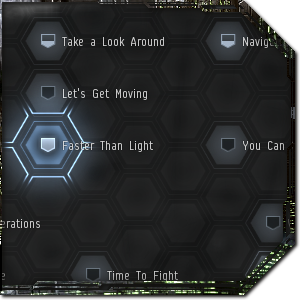 Being thrown in at the deep end

Back when I started playing EVE in early 2004, each new player was literally dumped into space in a rookie ship with a basic tutorial that was all too easy to mess up. I remember the panic of accidentally clicking in space and watching my ship fly away from the tutorial drone I was supposed to attack, and feeling like I had no idea how this game even worked.

Back then games were less streamlined for user experience and players were perhaps more willing to put in the effort to learn complicated user interfaces and game mechanics. Though EVE‘s tutorials now do a better job of explaining the mechanics to new players, people are still fundamentally dropped into EVE at the deep end.

I’ve introduced several people to EVE Online over the years and provided varying levels of personal support. Some I just sent an invite to and left to their own devices, some I helped out with a free PLEX or some ISK, and for many I invited them to my corp and played with them every day. By far the biggest factor in how long those players stuck with EVE was how much time I played with them and how much support I offered, and that’s a common story you’ll hear from players across the game. EVE Online drops you in the ocean with cement boots and your hands tied behind your back, and the best way to avoid sinking is to have a friend with a boat to pull you out. 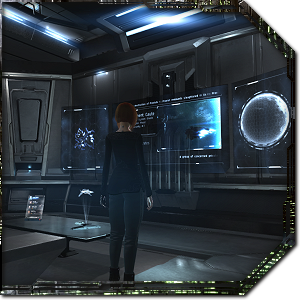 What makes players stick with EVE?

The fascinating thing about EVE‘s new player experience is that we know it doesn’t work and yet people still manage to push through it and scale EVE‘s infamous learning cliff. When you talk to players in-game, you find that most people who have been playing EVE for years were brought on board by friends or took two or three attempts at starting the game before they stuck with it. What we should be asking is what makes the players with no existing support network in-game stick with EVE, and why does it typically take more than one attempt before they stick?

Players coming to EVE without support represent the vast majority of the nearly 1.5 million lost signups each year, so any improvements made here will be a huge boost for EVE‘s new player retention rates. I think the common sense answer to both of the above questions is that EVE is complex and intimidating right from the first minute, and that it takes both time and a certain determination to get past that barrier and find something compelling.

EVE has some really compelling hooks in the form of complex social interaction, PvP that matters, world-building, deep exploration, co-operative PvE, industrial and market gameplay, and even things like designing and testing out ship setups. The problem is that none of that is immediately accessible to the average new player. Someone who signs up randomly after hearing about World War Bee or seeing the Citadel trailer won’t be able to experience any of that gameplay for weeks or months unless they’re given a helping hand by existing players. 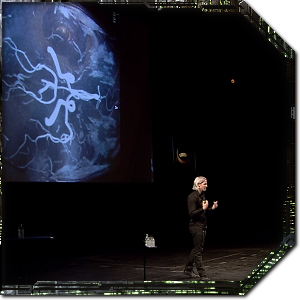 CCP Ghost and the simulated sandbox

The big challenge for EVE is to get new players to stick with the game until they reach something really compelling. That’s a tall order when 51% of new players quit in the first two hours, but it’s here that new producer CCP Ghost is stepping in to help. Having investigated how players approach the game in their first few hours, Ghost is advising a more guided and story-based tutorial that then gradually opens up into the sandbox game.

The core idea is that EVE should deliver small nuggets of story and progress throughout the early hours of gameplay to keep people interested, giving plenty of time to expose players to the complexity of the game incrementally rather than just chucking them in the ocean. I got a bit of insight into current thinking on the issue at the New Player Experience roundtable event, and there are some very exciting ideas on the table.

One suggestion CCP is definitely considering is that new players might be dropped into a virtual simulation of a huge space battle so they can see what it’s like within the first few hours of play. They could try a lot of different roles in the game, from manufacturing and mining to wormhole exploration and piracy, and then find one that suits them best. Ghost explained in the roundtable that research suggests new players want a safe space in which to explore the game on their own, and that the vast majority of new players would sooner quit than ask other players for help and risk being made fun of. 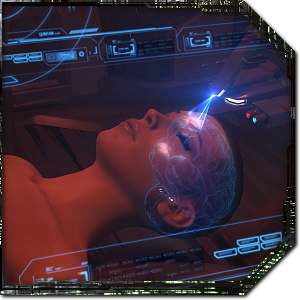 The idea of dropping players into a simulated game experience and working in some kind of story may seem a little bizarre for a game that prides itself on non-instanced sandbox gameplay, but I think it’s bloody genius. Imagine if you’ve just signed up for EVE and created a character and are then dropped into a singleplayer in-station introduction. Every capsuleer starts life when they graduate from an NPC school corporation, so why not make the introduction the story of your personal capsuleer training and graduation?

You could go through the process of getting your neural jack installed and transferring into your first clone, introducing players naturally to the concept that their character is immortal. Next you could go into rooms filled with simulators that you can plug into, each of which would immerse you in one form of endgame gameplay and let you try out skills and equipment you won’t be able to realistically get your hands on for months. You could take part in a simulated PvP battle and try out different fleet roles, learn about organised mining operations, and be trained to explore wormholes and fight the Sleeper menace.

Each simulation would act as its own little nugget of story and progress, and perhaps completing each simulator could even grant you some starting skills in that area of the game in order to make you feel invested in your character. The simulators would provide a safe space in which players can explore each type of gameplay on at least a mechanical level without interference. Players could also try each simulator as many times as they like and explore the gameplay at their own pace, eventually graduating with a pilot’s license and handful of free ships. Of course, existing players should probably be able to bribe their way straight to graduation with some ISK.

As CCP Ghost said during the EVE Fanfest 2016 keynote, “EVE Online doesn’t have a problem with attracting new players … the challenge for the game is retaining those million and a half people.” The future of EVE‘s new player experience may involve a story arc in which players are trained using simulations of real endgame gameplay. Within the controlled environment of a simulator, the complexity of EVE can then be revealed gradually before they are released into the wild.

At the very least, this new approach would help give new players a sense of direction and a goal before being dropped into the main sandbox game. Playing in simulated groups should also make very clear that EVE is at its best when played with other people, something a solo tutorial typically can’t get across. This approach also allows trial users to engage in high level gameplay during their trial without having an impact on the EVE economy. Redesigning the new player experience is an incredibly ambitious task that is so far just in the idea formation stage, but the ideas presented so far show a radical paradigm shift in how CCP deals with new players and could be exactly what EVE Online needs.

Massively Overpowered was on the ground in Reykjavik, Iceland, for EVE Fanfest 2016, bringing you expert coverage from EVE, Valkyrie, Gunjack, and everything else CCP has up its sleeve!

EVE Fanfest kicks off next week
Disclosure: In accordance with Massively OP’s ethics policy, we must disclose that CCP paid for our writer’s travel to and accommodation at this event. CCP has neither requested nor been granted any control or influence over our coverage of the event. CCP Ghost also introduced himself by showing us a picture of his brain, which is certainly one way to make a strong first impression.
Advertisement